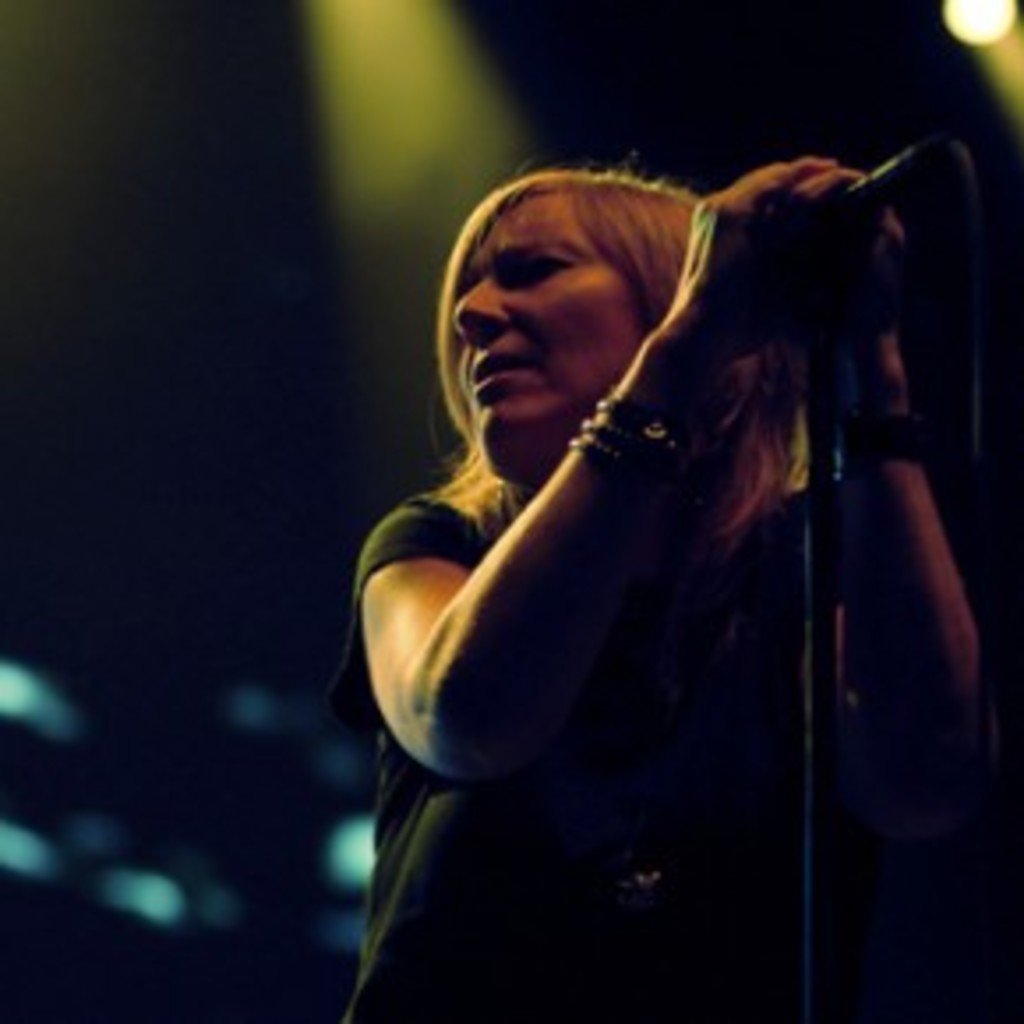 People put Portishead on a pedestal. And, as demonstrated at their first Colorado date in over a decade, they belong there. The trip hop troupe’s catalog has aged gracefully, to say the least. Now classic Dummy cuts still sound just as eerie and otherworldly as they did upon initial release. Listening to Portishead is like taking a shortcut to the dark side of your mind.

Cheers erupted when the band’s iconic “P” appeared on the stage backdrop. The rushed percussion and offbeat guitar stabs of “Silence” eventually gave way to distorted chords and riffs, then finally Beth Gibbons’ signature, gloriously tortured vibrato. Despite the beyond palpable energy in the venue, I’ve never witnessed a quieter audience. Fans’ attention was laser beam-like.

The British outfit delved into a concentrated and evocative set that included “Nylon Smile,” “Mysterons,” “Sour Times (Nobody Loves Me),” “Machine Gun” and “Glory Box.” Although the theremin, an essential instrument in Portishead’s sonic palette (think of it as the entrance music of choice for both ghosts and aliens), was audible, I couldn’t tell if anyone was actually conducting it live. Not that their collective command of every other axe in arm’s reach left any qualms in the complaint department. Both percussionists nailed double time when necessary. Turntablism interludes turned old school heads. The group’s rendition of “Wandering Star” was so potent it entranced in the complete absence of perceptible rhythm.

Calculated restraint exercised throughout made eventual guitar solo payoffs gargantuan. Adrian Utely occasionally utilizes needle-nose pliers or a violin bow to manipulate his strings, but even with superb line-of-sight, I couldn’t decipher exactly when. Whether it was Utely’s controlled shredding or Gibbons’ fevered cries, Portishead conjured an ocean of emotion for listeners to immerse themselves in. Those in attendance last night will likely have Portishead on the brain for more than a minute.

Were you there? Spill your impressions below.