The Future of Food Halls in Denver

Food courts — oops, food halls — are in vogue. In fact, by summer’s end, Denver will have added two more to its list — Parkside Eatery and Freedom Street Social. This means that by the end of summer, Denver will have twice as many food halls as Whole Foods Markets. With so many food halls popping up along the Front Range — and across the United States — a few simple questions come to mind. What separates a food hall from a food court, and what is the future of food halls? 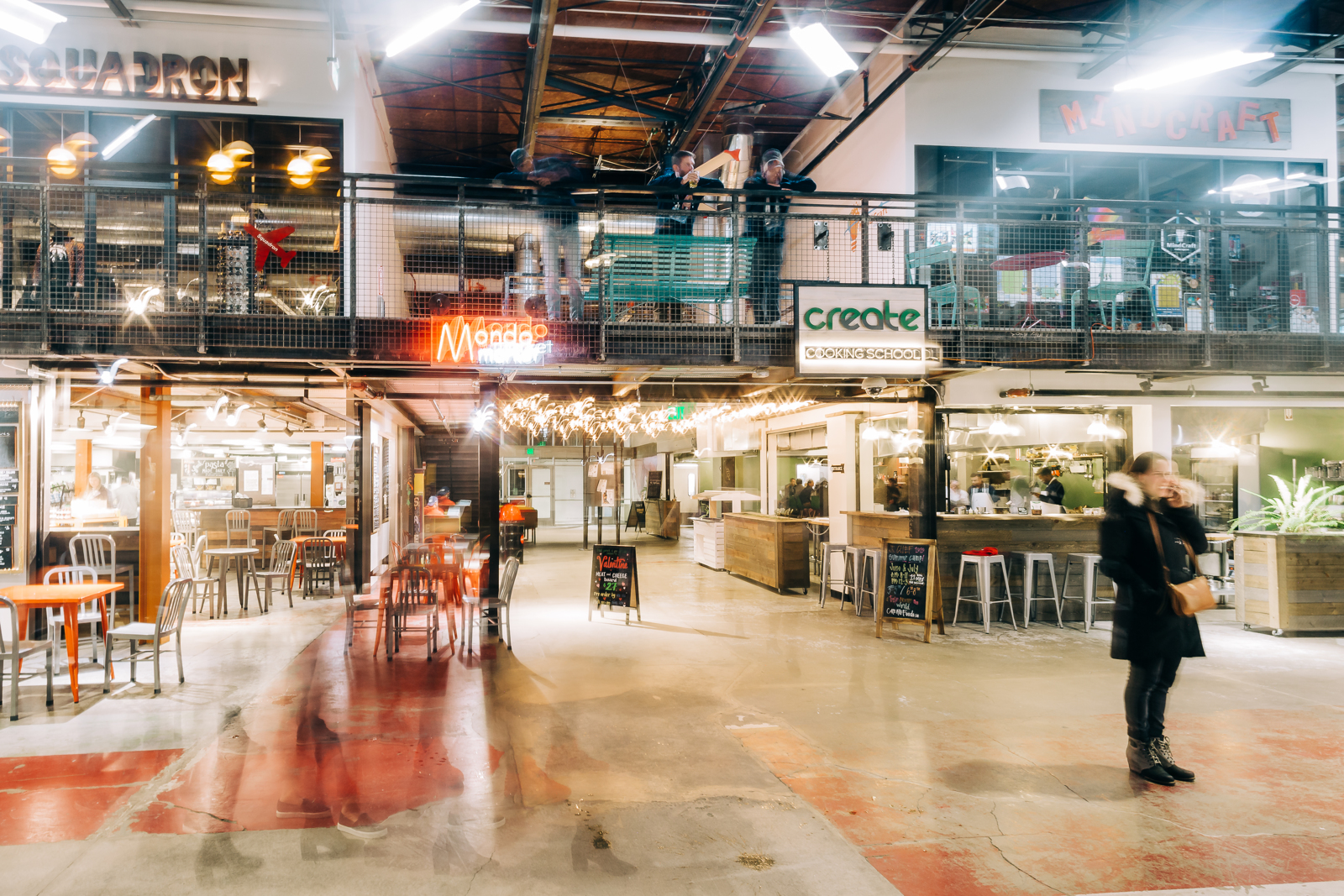 Initially, the answer was simple — albeit a bit pessimistic. Food halls would go the same way malls, and food courts, have left the neighborhoods they once served with unappealing vacant and empty lots. However, after discussing the topic with David Grossman, the Operations Director for FAM Hospitality, and spending time in several food halls across Denver, it became clear that food halls do not have a doomed future after all. It became apparent that it was not whether food halls have a promising future or not, but that the future for dining is food halls in some shape or form.

At first glance, it would be easy to mistake a food hall as simply a re-branded food court. While it is true that both operate on a Quick Service Restaurant (QSR) model, this is the only common ground between them. The traditional food court typically operates on a value-driven menu of established national restaurant chains; food halls conversely focus on quality-driven and chef-inspired menus with multiple independent vendors. This is why vendors found in a food court may be the same across the entire Front Range region, but the vendors across just two separate food halls in the Denver area can be drastically different. And since the “iron is hot,” those who curate the vendor list are bullish on new ideas and especially up-and-coming chefs — a reason why so many food halls offer innovative twists on classic cuisine. Additionally, since many food halls operate on a short-term rental system, there is always a rotating lineup of restaurants to excite the consumer and community. 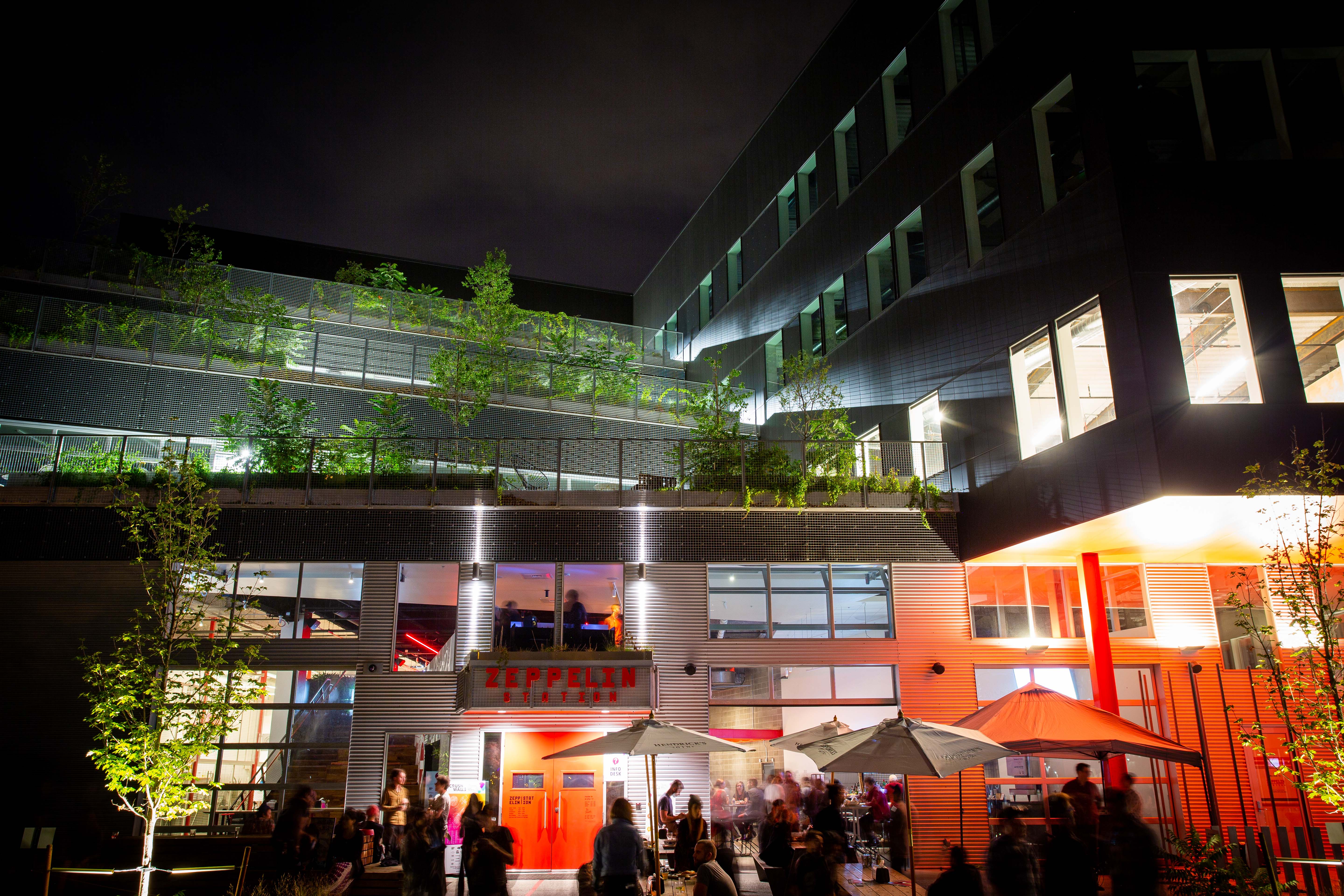 Objectively, food halls as a concept have a lot going for them. No two are ever truly alike. Often set in trendy or revitalized locations, food halls are typically home to an eclectic group of restaurants dedicated to serving high-quality, inventive food, which is exactly what food lovers want right now.

Food halls serve as the next, or first, step for established food trucks or smaller direct-to-consumer food service business owners — a point Grossman told us is unique to the success of the food hall model. Take Logan House Coffee, an example of a small-scale direct-to-consumer coffee company that wanted to evolve to meet its customer demand. So, while they hadn’t ever considered it before, the owners decided on Aurora’s popular Stanley Marketplace. Alternatively, take Zeppelin Station’s East Side King, an Austin-based food truck that saw expansion into food halls as a logical next step to increase its customer base. Or, Maria Empanada, whose owner started making empanadas out of her home and now has three storefronts in the Denver Metro Area. Food halls offer an opportunity for chefs that was never available with the standard brick-and-mortar restaurant model. Food halls remove significant barriers to entry, like those associated with starting a new restaurant, which means more passionate and inventive chefs are inspired to take the (much smaller) financial leap and test their concepts in the real world.

READ: She Came to America With $300 in Her Pocket and Now She Has an Empanada Empire

While it is true that food hall vendors typically operate with a set of communal “back of house” appliances or stations, this type of communal arrangement is not necessarily a bad thing. Truth be told, this arrangement speaks to the whole ethos of food halls in general which is community. Marketing and promotion are other factors often removed from a vendor’s day-to-day task list. Since vendors typically belong to highly promoted food halls, a large majority of promotional marketing is often taken care of due to the constant promotion of the food hall itself. With so much taken off a vendor’s plate, a vendor can focus more attention on what they set out to do in the first place, which is to make incredible meals customers return to time and time again — benefiting both the vendor owner and the food hall. Although each vendor booth still pays a monthly rent and, in some instances, must cough up a percentage of sales — capitalism had to get its grips in somehow — for many, those costs are a minimal price to pay for a much greater return.

The Future of Dining

Grossman’s infectious positivity regarding the future of food halls left a feeling of inspiration for what happens next. Enough at least to support the idea that maybe food halls will not end up like the shopping malls and food courts of yesteryear.

While there is no “formula” for starting a successful food hall, many seem to benefit from community-driven interior spaces that foster connection and conversation rather than isolation and independence. However, that is not to say that future food halls will not benefit from similar characteristics, such as a centralized bar, green space, outdoor seating and communal seating with movable chairs. Even though there is no technical formula for developing a successful food hall, Grossman suggested that we will begin to see a more streamlined approach for future food hall construction. A concept he mentioned was a rendition of the combo restaurant concepts — think a Taco Bell/KFC combo but miles better. 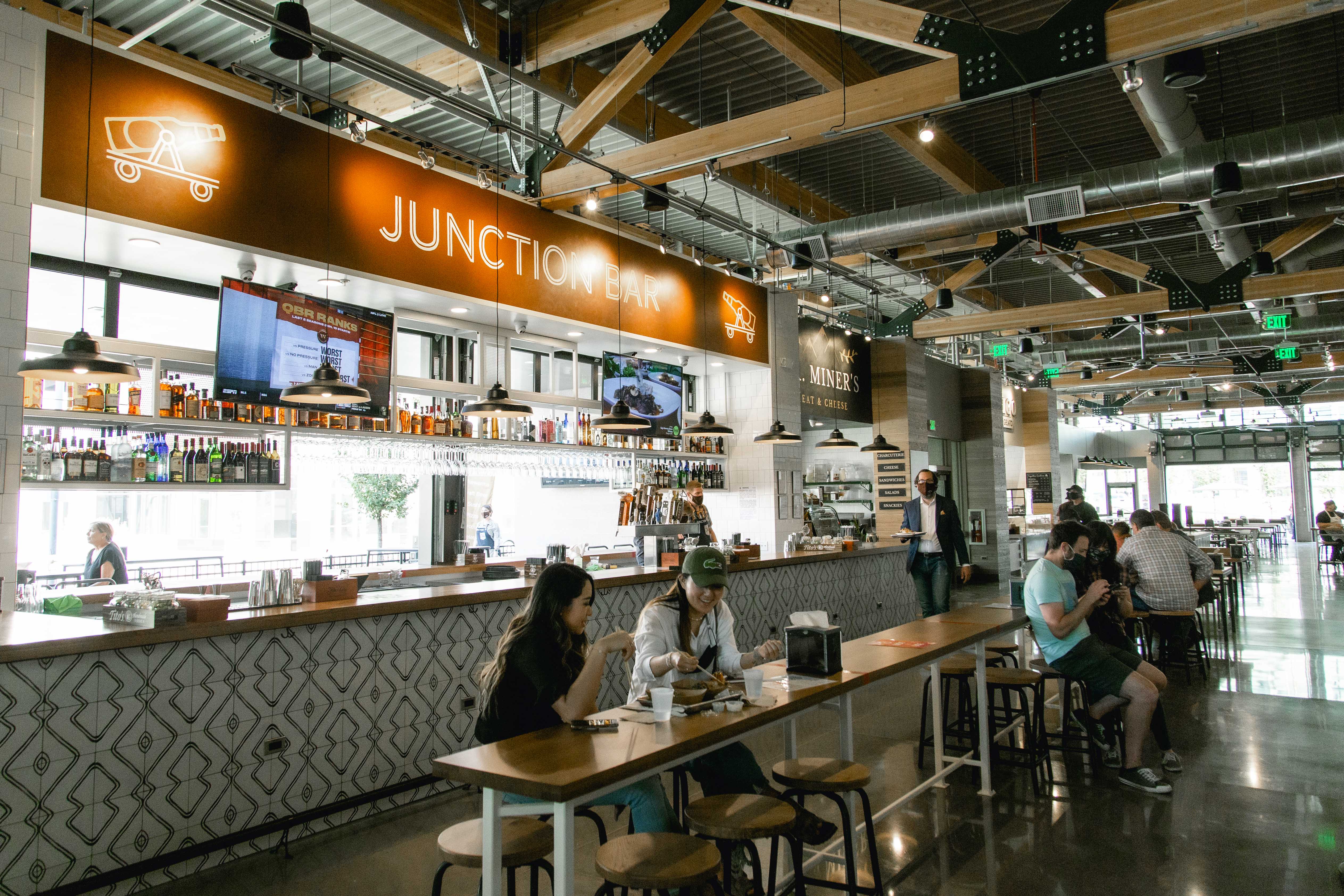 While food halls serve as the modern incubator for fresh and new gastronomic ideas, they truly provide so much more. In all honesty, food halls are doing what many urban designers and planners strive to do daily: build and reinforce community engagement. Who would have thought a renovated warehouse with exposed ceilings, trendy interiors and moderately fast Wi-Fi had the power to do such a thing? Joke aside, there is no denying the sense of community surrounding food halls. Upon walking into one, there is an immediate sense of place and inclusivity, something we desperately need more of. It should not be a shock if food halls become our new “community centers” in a few years. But don’t be alarmed, traditional brick-and-mortar restaurants are not going anywhere. However, food halls are an excellent mediation on informed design, community development and, more importantly, a peek into our modern dining future. While the initial future looked bleak for food halls, that is no longer the case. The future is food halls, and they are not going anywhere any time soon.