Troy Guard, a restaurant tycoon, is extending his Colorado roots beyond solely downtown Denver with the opening of Grange Hall. Just a few short weeks ago, Troy imparted his chef and restauranteur skills to add the food quality found in the city to the Greenwood suburbs. Guard will also uplift the entertainment scene with an event space in the back, live music, a dual patio, an in-house brewery and arcade games among the mix. While Guard brings the majority of the concepts to life, he welcomed collaborations from local businesses and ones that resonate with his childhood, cultivating a micro melting pot within Denver.

The colorful entrance into Grange Hall. Photo by Mark Piscotty.

Grange Hall could almost be mistaken for a music hall, but the symphony comes from the array of smells that perfume the place. As any food hall strives for, each concept tends to a family lost in indecision. Each stand curves someone in the party’s cravings from pizza, burgers and fried chicken to sushi and poke-style bowls.

“Even though the stands may look separate, we’re all a team here that succeeds together. If that means I’m helping with prep for multiple stands, then that’s what’ll get done,” said Guard. There’s no hierarchy or mean-spirited competition here because the interest lies in growing the community.

From food courts in malls to the trending food hall, the core concept seems pretty unchanged. However, that hasn’t stopped Guard from bringing in unexpected elements.

The American classic burger gets a Colorado remodel at RADO burger. The building block of the burger is 100% Colorado-raised, grass-fed beef. From there, the ColoRADO proud burger features pueblo green chili and smoky bacon. The Truffle Shuffle makes TAG Burger Bar fans feel at home. BYOB (build your own burger) isn’t new, but Guard’s inclusion of foie gras, kimchi and Ruffles chips are. Usually, a shake is in order for a hint of sweetness, but Mrs. Guard’s Triple Chocolate Cookies are a warm improvement. They teeter the line between cooked and raw — the crisp edges and flaked salt is all the texture required with the flow of chocolate running everywhere. 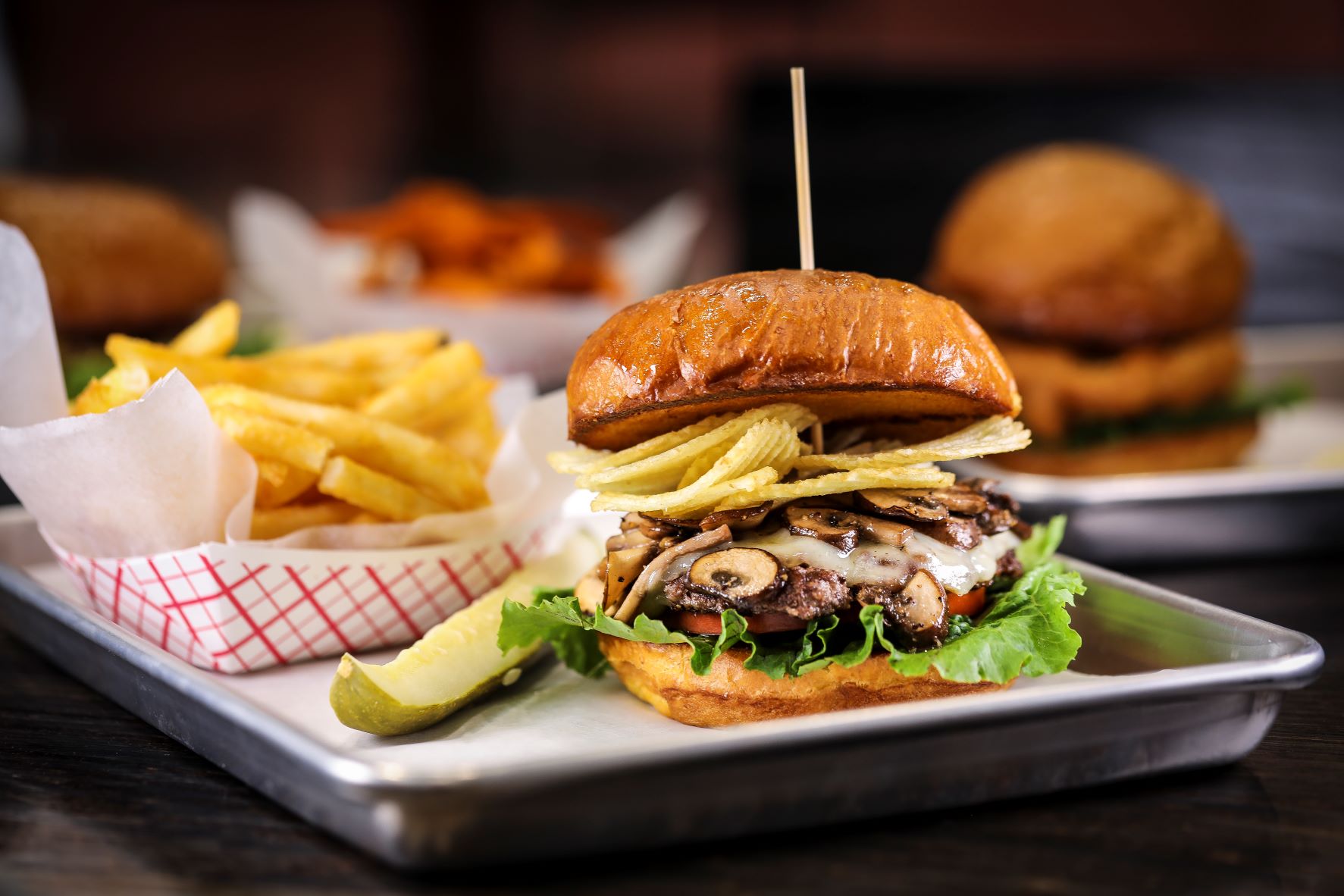 Bubu — another notable Guard establishment — has another outpost here making it the fourth in the franchise. After his homage to Colorado, Guard couldn’t help but include a nod to Hawaii. His rendition of poke bowls live up to the vibrancy radiating from Grange. Each bowl exceeds at least four colors, with magenta tuna, Ombre green of avocado, ruby cherry tomatoes and sunny corn, to name a few. 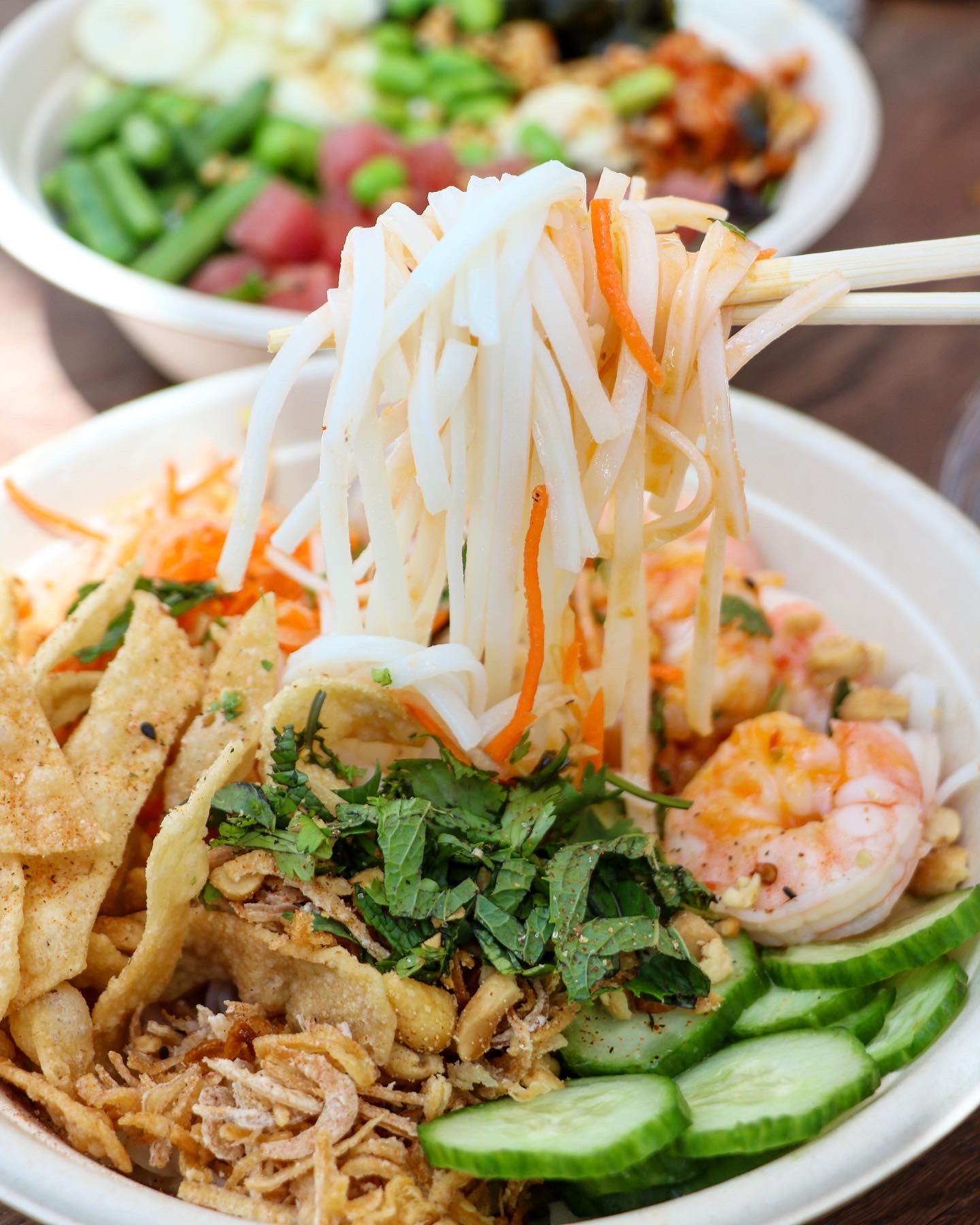 Sourdough has made its mark in Denver from bakeries to farmer’s market finds — Guard takes that tanginess and creates Sicilian-style pizza for Crazy, Love Pizza. Orders come in for the slice or the whole pan, allowing an array to arrive at the table for sharing. The pan size leaves everyone with an edge piece for the same experience as getting a brownie edge piece. It pairs the soft interior with a crisp, cheese friko style crust. It wouldn’t be a Guard concept without a twist. His take on the garlicky clam pizza that recently became popular pivots to shrimp scampi with Calabrian chili. A nod to his neighbor — The Crack Shack — tops the airy crust with nuggets of crispy chicken, pepper-infused honey and even pickles. 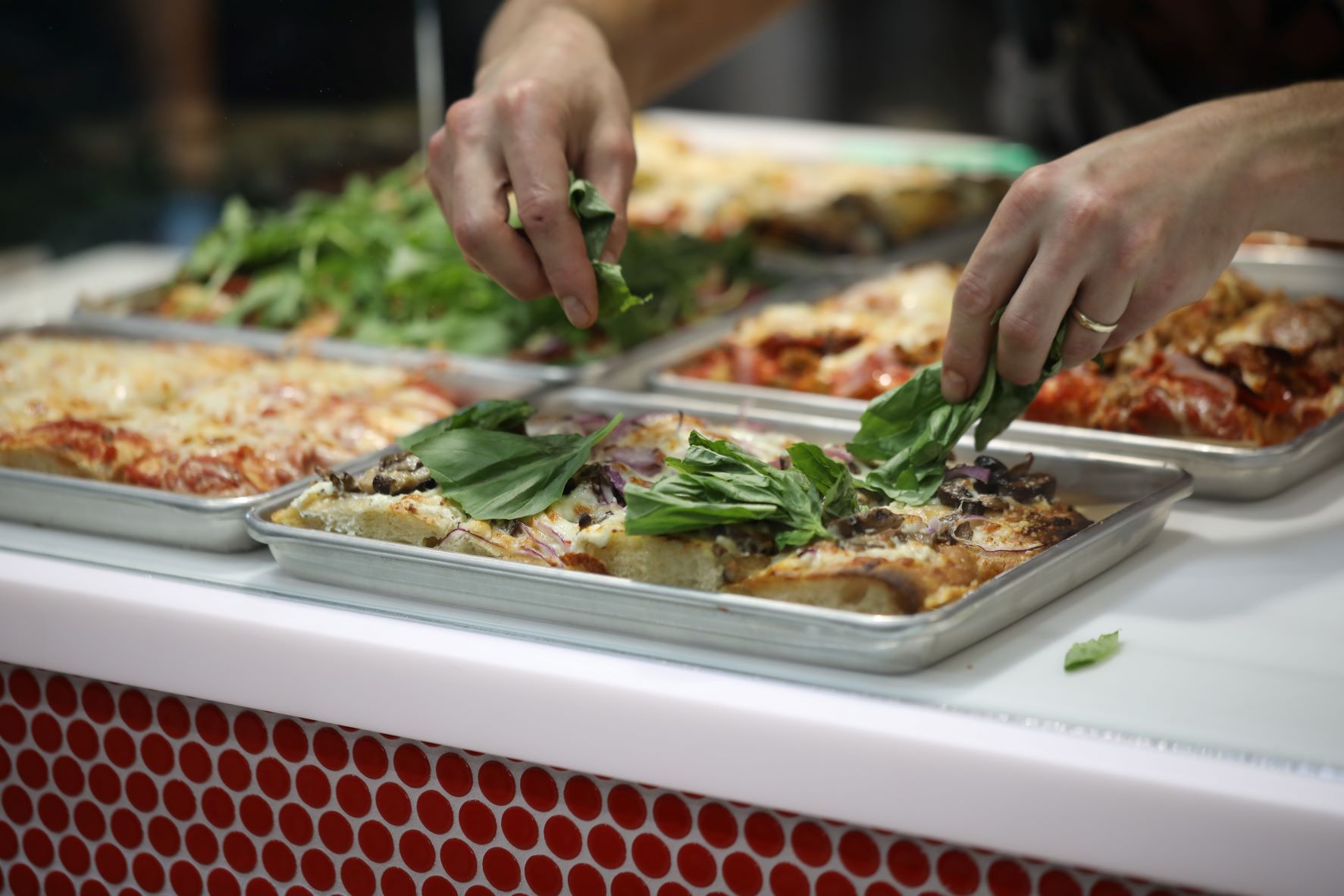 Crack Shack encompasses Guard’s younger years growing up in San Diego. This fast-casual spot popped up all over the California coast to bring their spin on fried chicken. It features their crafted crispy chicken between buns, piled on fries and lightened up in bowls. 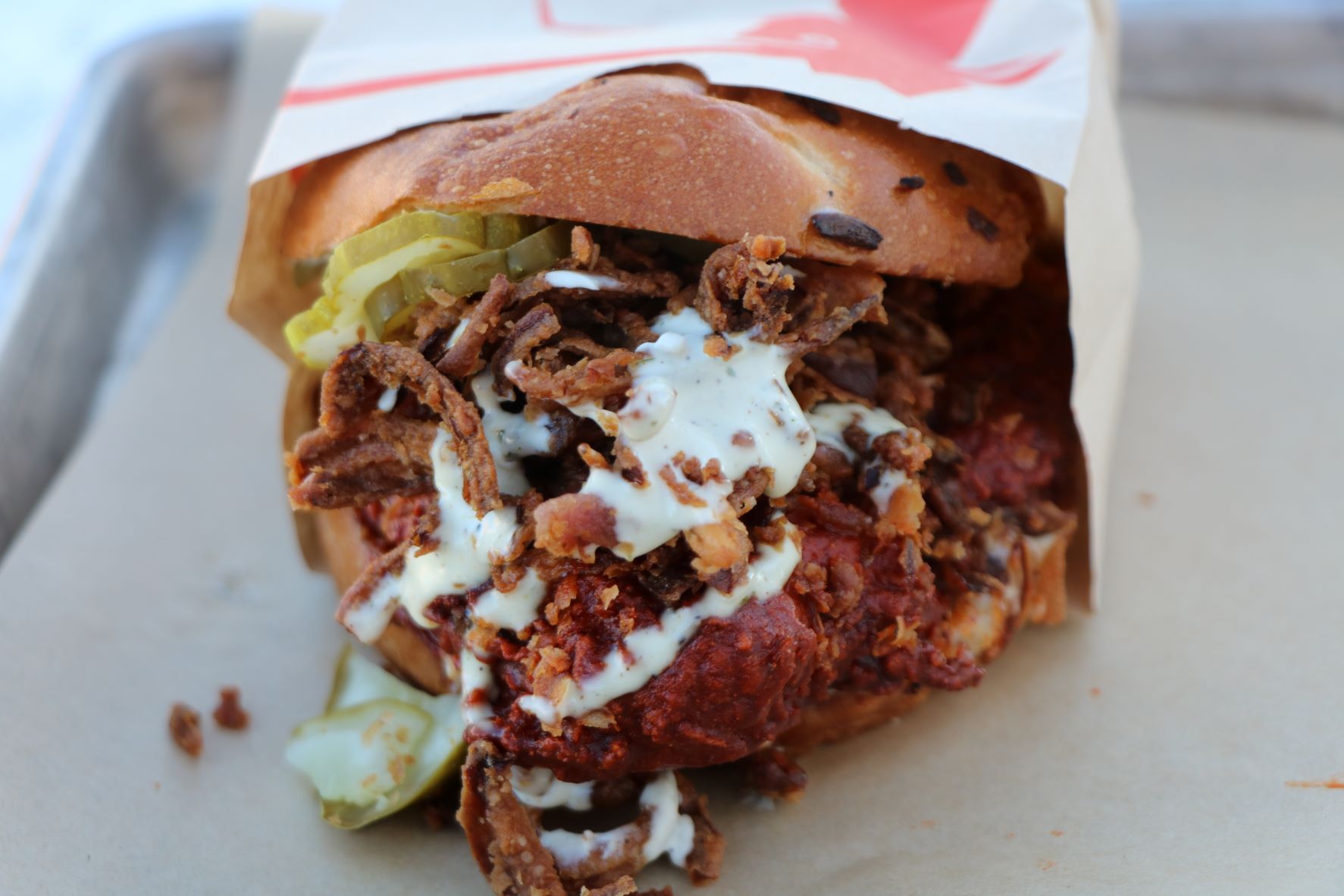 Firebird from the Crack Shack. Photo by Haley Paez.

Uptown and Humboldt has roamed the Denver streets in their notable food truck and now Guard offers them an additional home in the hall. They embodied the worldly eats that is evident in Grange. The truck began as an extension of the owner’s tether to Greece, thus gyros are their staple item — with a choice of thinly shaved lamb or crisp falafel. 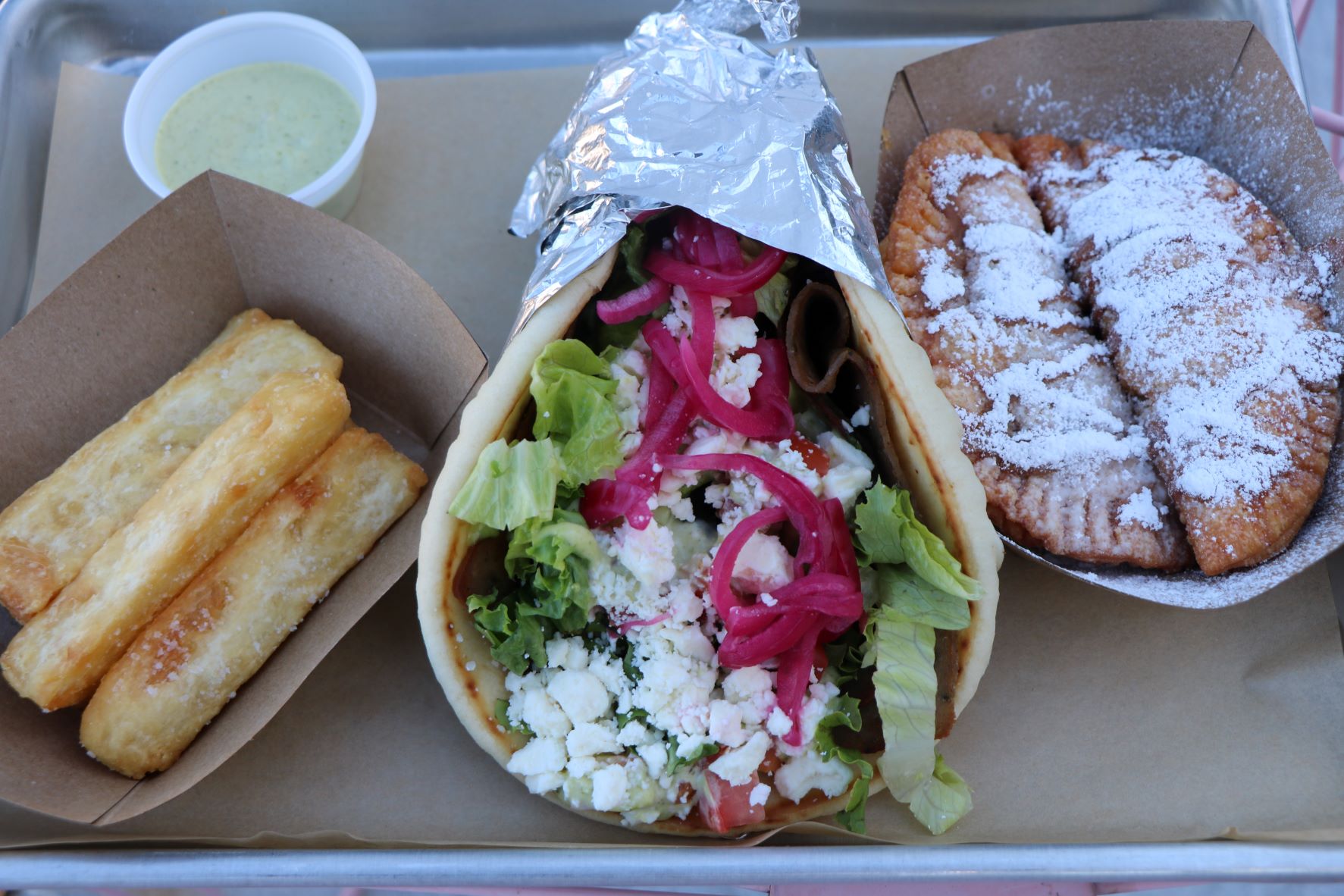 Every good meal — and food hall — ends with a stop at the dessert spot. From the owners of High Point Creamy, their sister concept comes with German-inspired ice cream treats. As an affogato is to Italy, Eiskaffe is to Germany, thus inspiring the main treat and name. Patrons enjoy their caffeine poured over cold brew or taken as a waffle cone shot. Ice cream scoops are also an option, especially at Grange patrons can find Scotch Pudding and Bavarian Cream. In the earlier hours, to-go sandwiches and flakey pastries line the cases as well.

The innovation isn’t over. Even though the space feels full, there is more to come. Honey Fish from those that brought Mizu Izakaya in the LoHi neighborhood, rolls out temaki, hand rolls and sushi later in October. Just around the corner is the rotating stall. This can be rented out from food trucks wanting a stop for a couple of days, a home baker testing out their treats or any number of Denver’s renowned pop up groups.

“Being in the industry shows you it’s about taking chances. I wanted to give an opportunity to people trying to pave their way,” said Guard.

He hands over the stage to anyone interested. The concept rallies a community around the importance of small businesses; it holds the opportunity to be the soft opening of a new restaurant or bakery before it’s ready for its own spotlight.

Even when it seems like Guard has enough to handle, he’s an industry mogul that continues to bring out the Denver food scene. He believes that this is the last new development for the Tag Restaurant Group, but anyone that knows Guard knows that saying “no” isn’t among his vocabulary.