Among modern rockers, indie stars and folk-inspired songwriters, there are few bands that have reached a level of cult fandom and universal respect as Rainbow Kitten Surprise (RKS). From humble beginnings in small-town Boone, North Carolina, the band has spent the last decade refining their distinct folk-rock blend and story tale lyrics, catapulting them to international stardom. Although they were a long way from home during their first of two sold-out shows at Red Rocks last night, their vibe screamed Colorado. And Colorado screamed for them. Along with Brinston Maroney, RKS’s opener, who has a few indie-folk rock hits under his belt as well, the performance was passionate, fun and freeing. 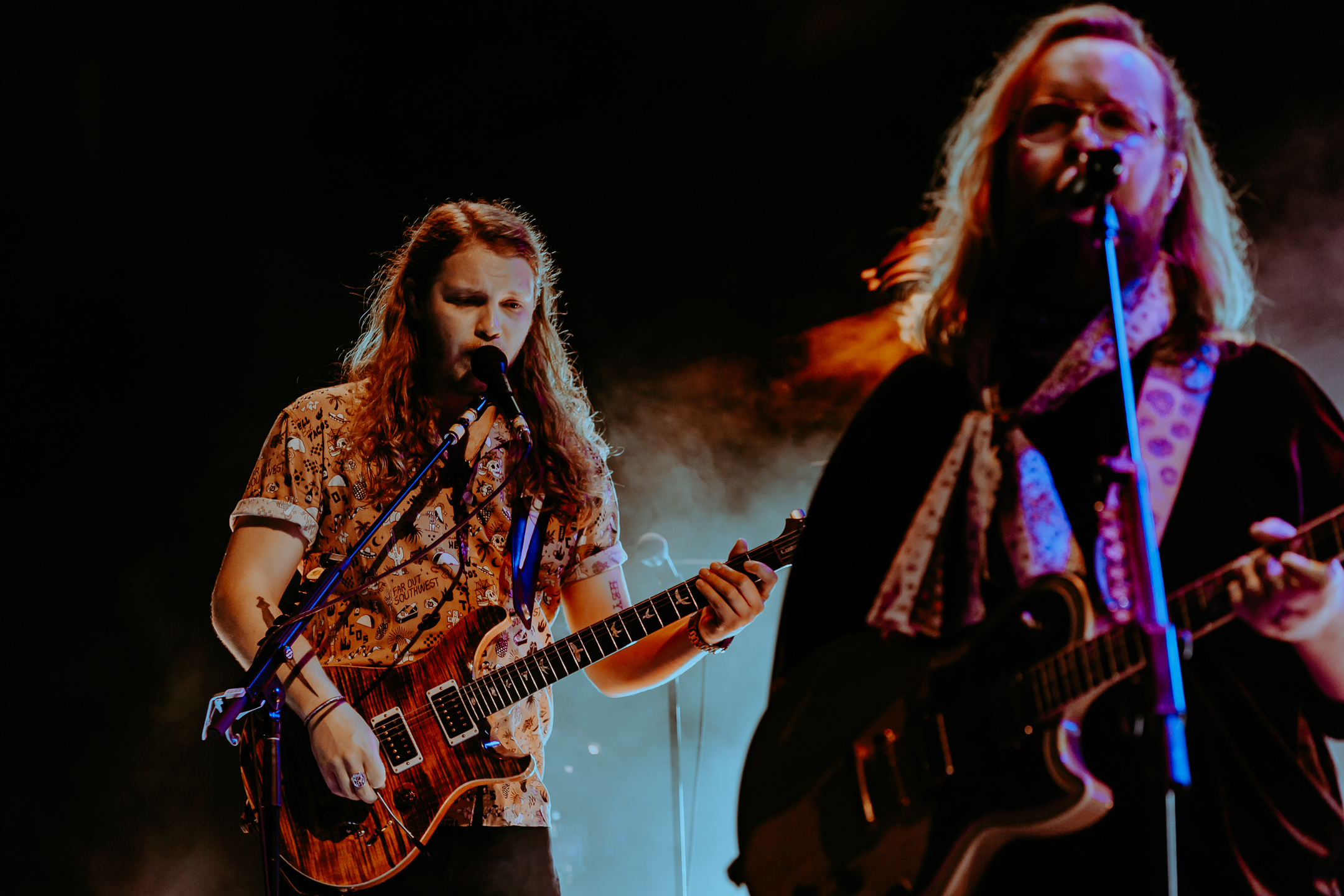 Brinston Maroney’s floral style and innocent demeanor match his sound to a tee. Showing off his sunflower hand tattoo and groovy 70’s inspired outfit, he sang his way through a healthy batch of new and old songs with enough flair to keep the audience engaged throughout his performance, regardless of whether people knew his songs or not. Crunchy guitar riffs that occasionally dipped into alternative rock on tracks like the energetic “Small Talk” made way for familiar indie ballads like “Freaking Out on the Interstate,” where Maroney’s vocal talents got a chance to shine before he left the stage ahead of Rainbow Kitten Surprise’s dynamic set.

RKS clearly had a lot of respect for Maroney, though, because they brought him out during their encore to perform a cover of Kate Bush’s viral 1985 hit “Running Up That Hill (A Deal With God).” Even though every band and DJ in the world is currently implementing that Stranger Things TikTok sensation into their set list, it was fun to see Maroney singing and dancing with RKS while they played their take on the retro tune.

RKS took a relatively simple approach at Red Rocks. Gone were the traditional bells and whistles common at special Red Rocks shows, replaced by a few simple orange light beams, some subtle platforms for each performer to stand on, and a few disco balls utilized sparingly to make fan favorites like “Cocaine Jesus” explode with color as the rocks became painted with dazzling reflections of white light. 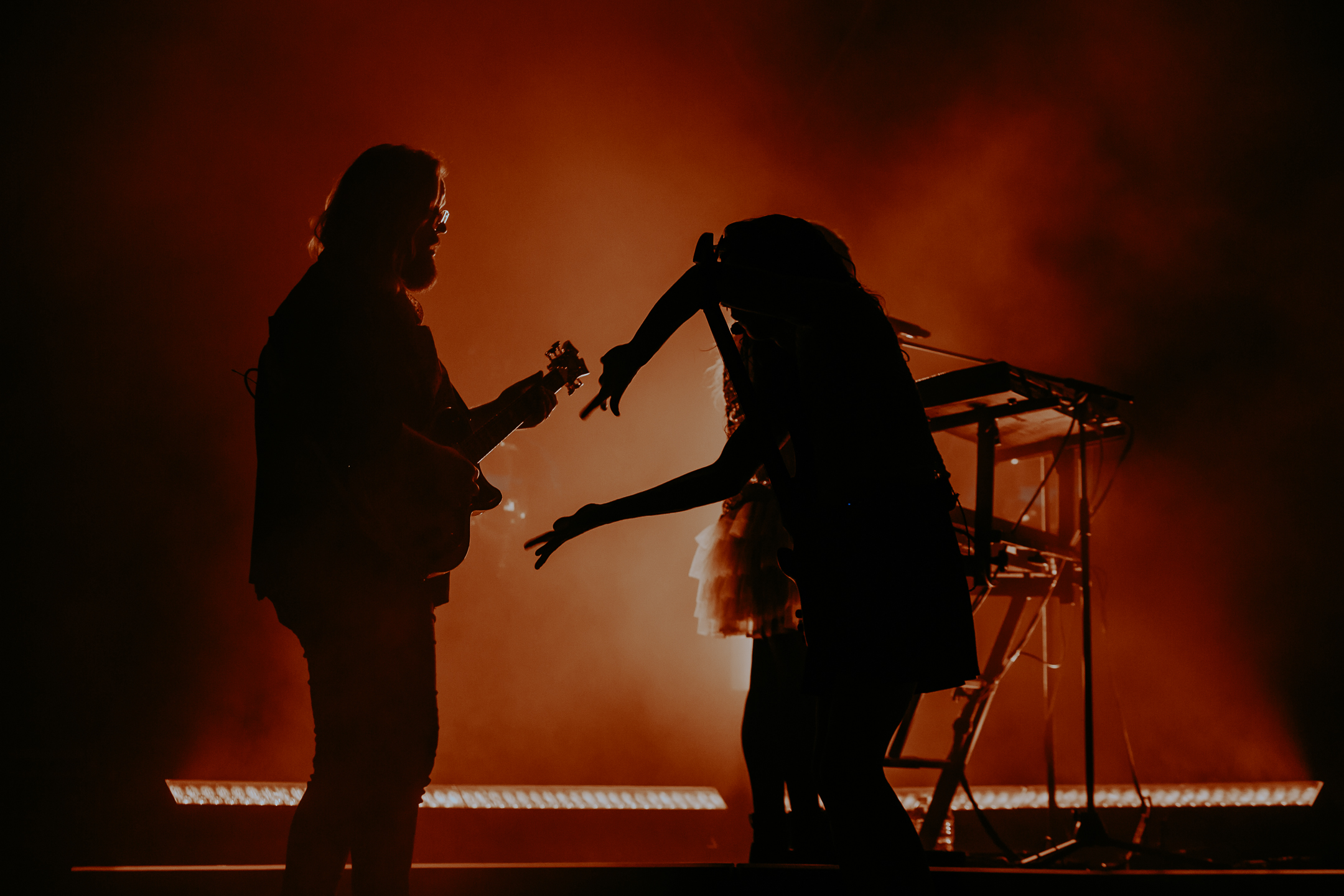 The band did a great job of scrolling through their decade-long catalog, exploring slow folk-rock on tracks like “Holy War” and peachy grooves like “Hide,” which sounds just as great between the giant red rocks as it does when paired with a solo dance party in your kitchen while the morning eggs scramble.

It was great to see Ela Melo, the lead singer of RKS, embrace her identity and dance freely around the stage in a flowing dress and colorful makeup. Melo, who recently came out as trans in March of 2022, gave an incredible vocal performance throughout the entire night. Similar to the lack of fancy production gimmicks, Melo didn’t go overboard with flashy vocal runs or minute-long notes. Instead, she let her distinct voice carry each track to completion, sticking to the script and clearly having fun without getting carried away. 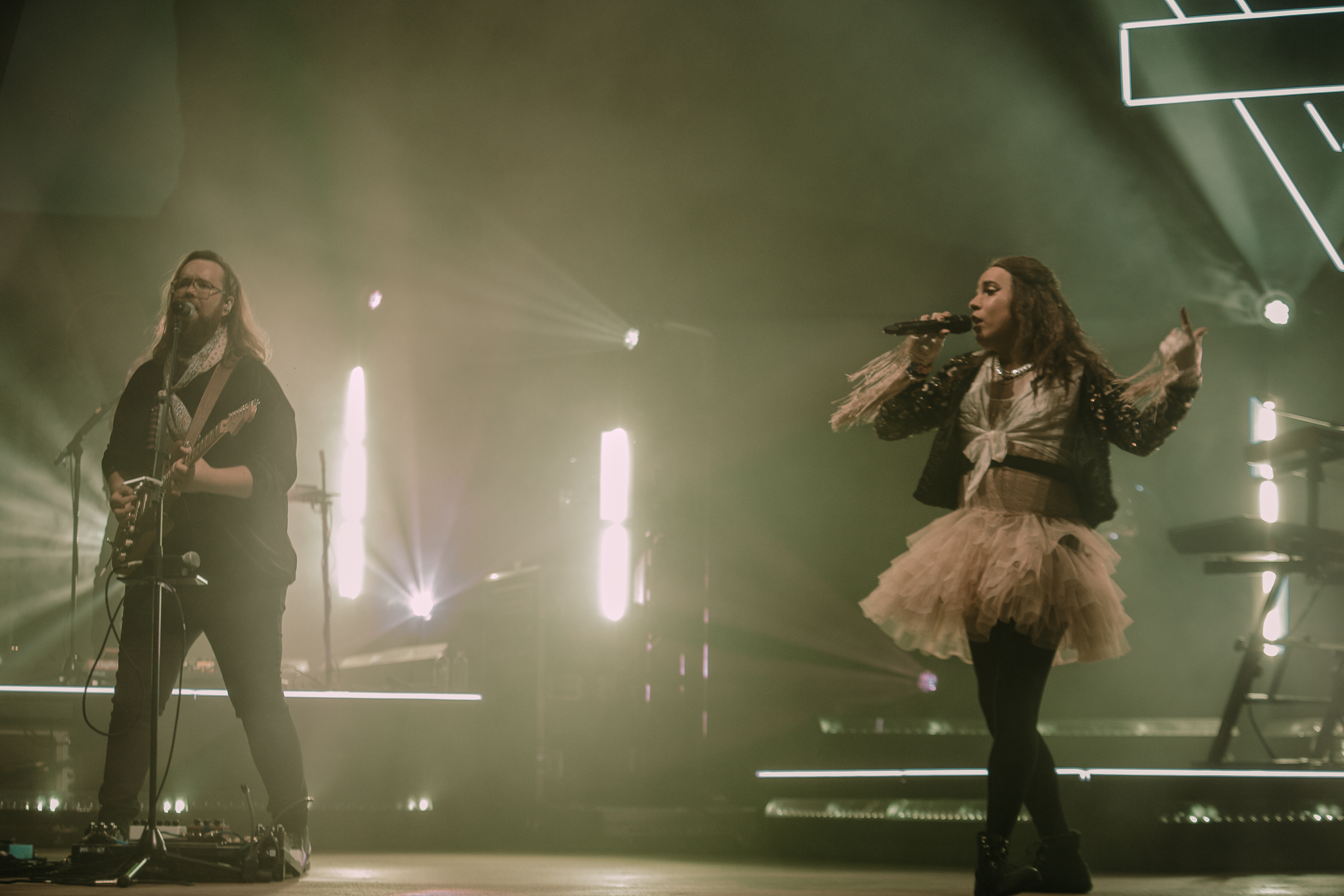 No one wanted the night to end; it was clear by the three-track encore that the band could go all night long, and the crowd would have happily stayed until the sun came up. But, as the night concluded in unified screams of adoration and cheerful appreciation, it was clear that the band was saving some energy for night two. Praise was buzzing on the descent from Red Rock’s massive staircases and a man dressed as Cocaine Jesus was spotted taking pictures with his fans before the lights dimmed, concluding a night of great music and the Monday night vibes you could ask for.