Review – Briston Maroney Harnessed A Community of Love At Bluebird

Yellow flowers pinned on microphone stands, a warm glow of golden stage lights and a sunny musical performance perfectly encapsulated the joy felt in the room during Briston Maroney’s show at the Bluebird Saturday night. From the jump, a sense of comradery could be felt in the room through the friendly conversations passed around the crowd before the set began. Even before Maroney took the stage, a wave of excitement took hold as opener Genevieve Stokes showcased her powerful vocals and electric songwriting capabilities. 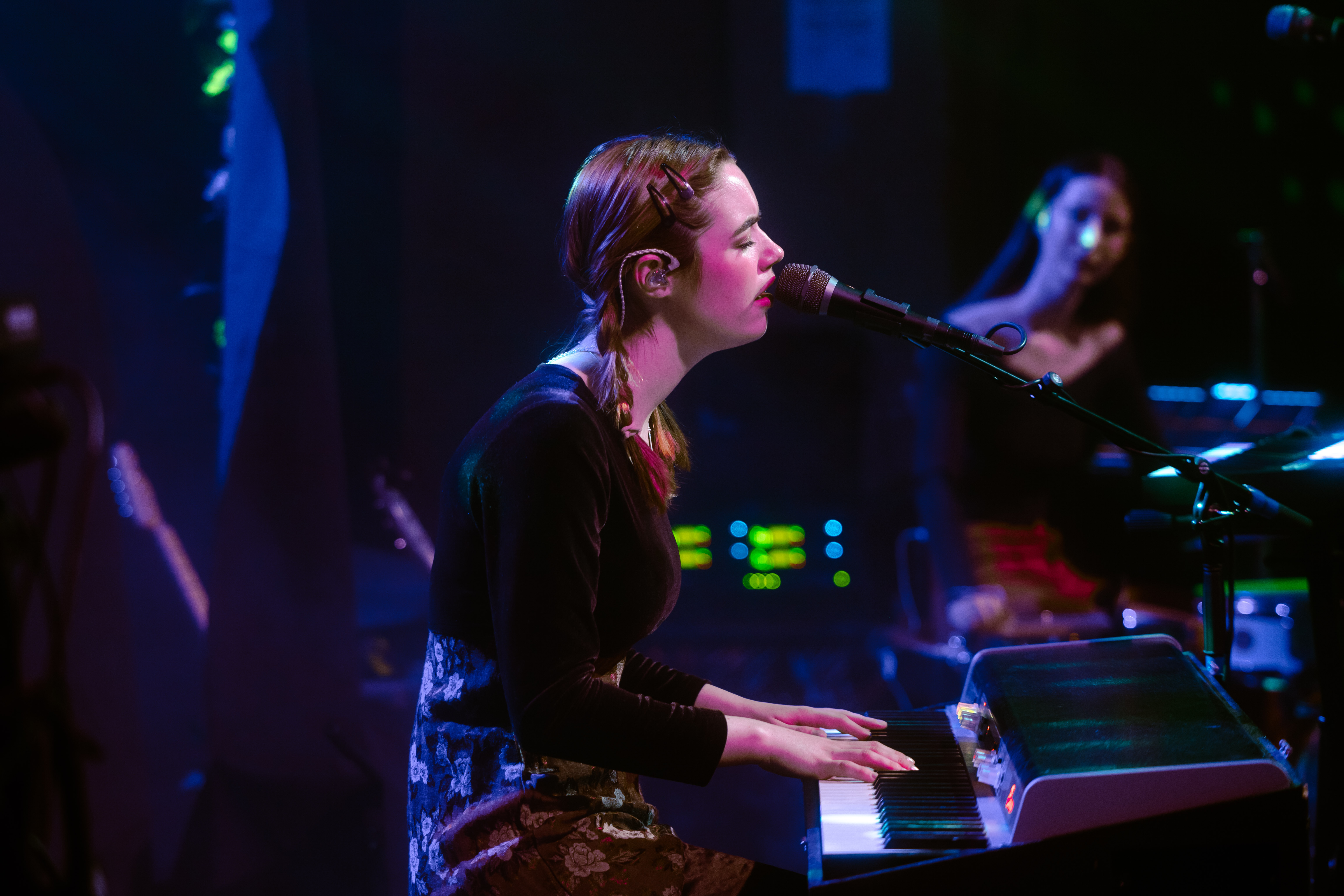 Encased in fog and cool-toned lights, Stokes cascaded the crowd with her angelic vocals, setting the upbeat mood that carried on throughout the night. A display of the full support that was present among the crowd, between and during songs they showered Stokes with compliments and applause. In return, Stokes smiled and giggled shyly while continuing to put on a show that blew the crowd away and left many commenting on the impact of her performance.

The crowd present was fully immersed in the show, seeming to build a community in the span of only a few hours. Between Stokes’ and Maroney’s sets, audience members were conversing with the crew and band as they passed along the stage, and the light banter was kindly reciprocated. Friends were being made within the audience as well, a display of the overarching energy of the night that Maroney set out to achieve. 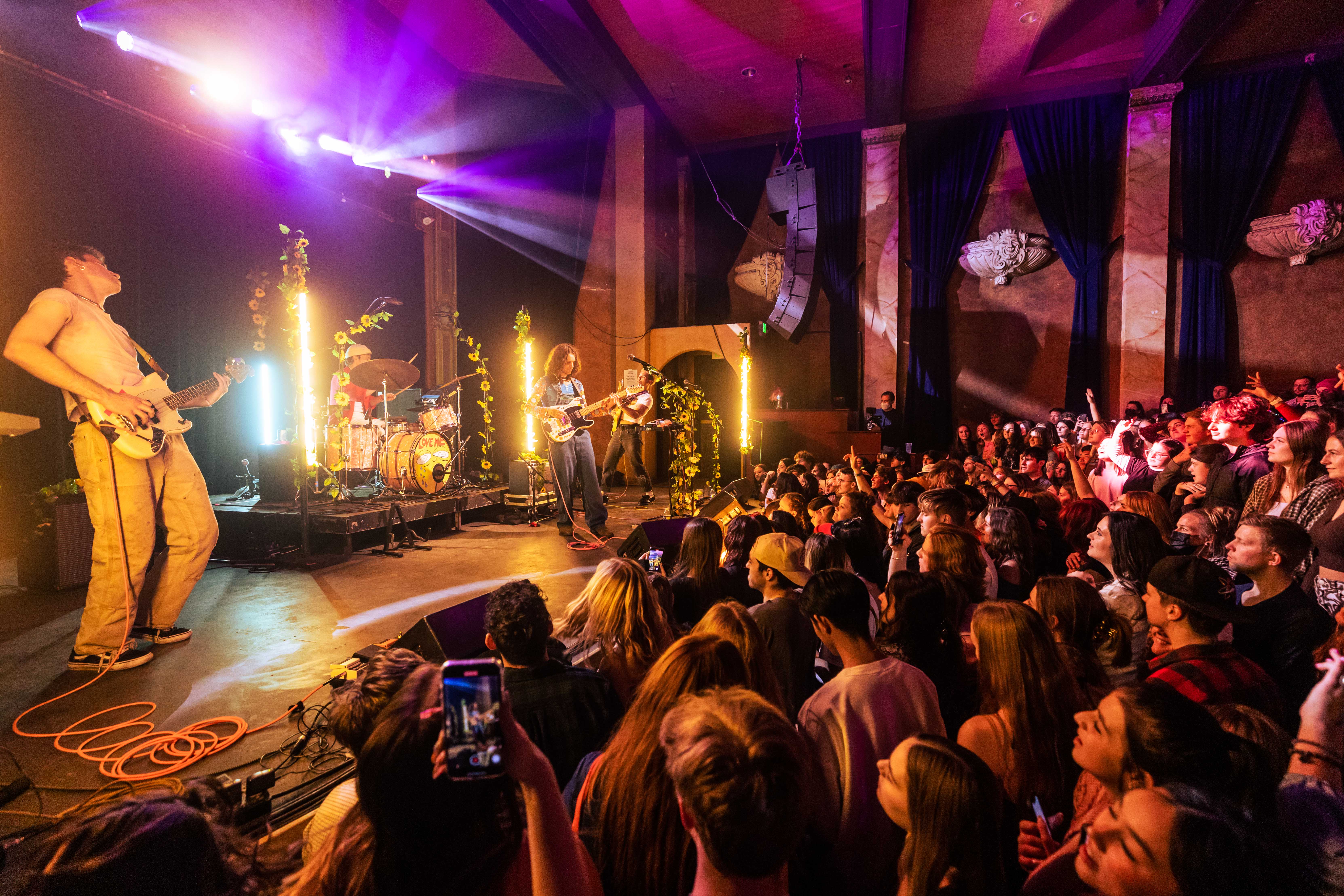 As the house lights dimmed, the encouraging and exhilarated audience dispelled bouts of screams and applause. The bass could be felt reverberating through the ground as the band shuffled around on stage, building anticipation. A honey-toned glow shone from the front of the stage, illuminating Maroney as he dove into the fan-favorite “Small Talk.” The stage erupted in more yellow-tinted lights as the guitars and rhythm section were introduced into the song. Immediately, the crowd started jumping and singing along to every word.

At the end of the first song, Maroney added to the blithe mood that characterized the room by inducing laughter among the audience with a short anecdote and expression of gratitude. Diving straight into the next songs “Bottle Rocket” and “Still Cool,” Maroney brought up the energy, which was perfectly matched by the audience. With his high kicks and quirky dance moves, Maroney delivered a performance that was just as sunny and sanguine as his catchiest songs.

With a smile on his face, Maroney stated to the crowd, “I’m really in my head today so you guys smiling is really helpful.” Putting maximum energy into each song he played, it was evident that he was grateful for the fans that came out to support him and in return supplied a music-filled night that was enjoyable from the biggest fans to those that were simply there to have a good time. 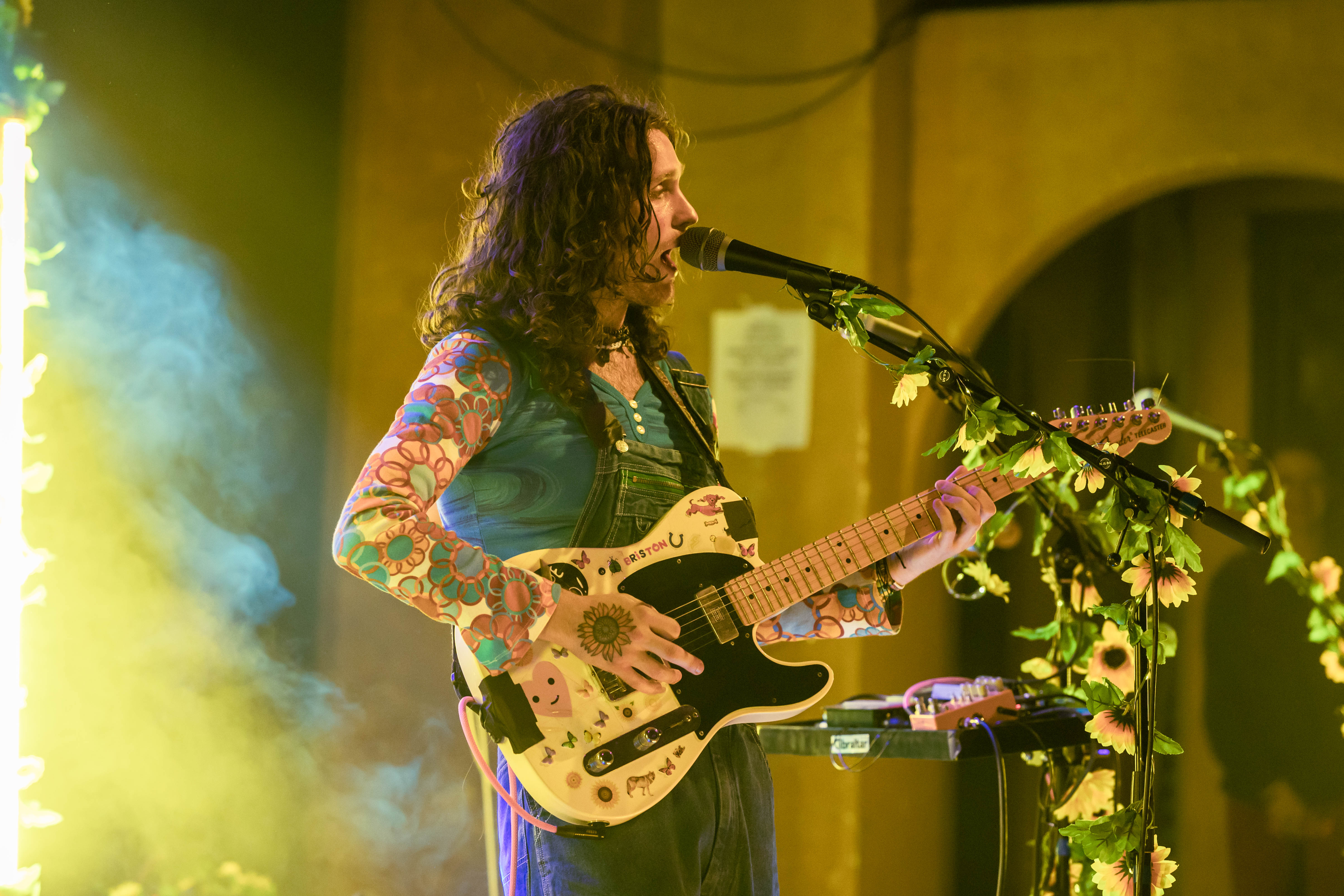 Dressed in overalls and a floral printed shirt, while strumming a guitar plastered with colorful stickers, Maroney was the embodiment of positivity. Throughout the entire set, whether he was playing an upbeat song such as “Roller Coaster” or a more mellow tune like “June,” a message of love was purposefully delivered.

A variety of songs were played, achieving a balance between high energy and intimate acoustic sets. “Roller Coaster” delivered a spectacle of the band shredding on their instruments and Maroney projecting his vocals as he bounced around the stage, hair flying in every direction. Halfway through the set, mellowing out for a moment, Maroney played an acoustic version of “June.” Although drastically slowed down from the songs performed prior, the audience was still entranced, singing along to every heartfelt lyric. 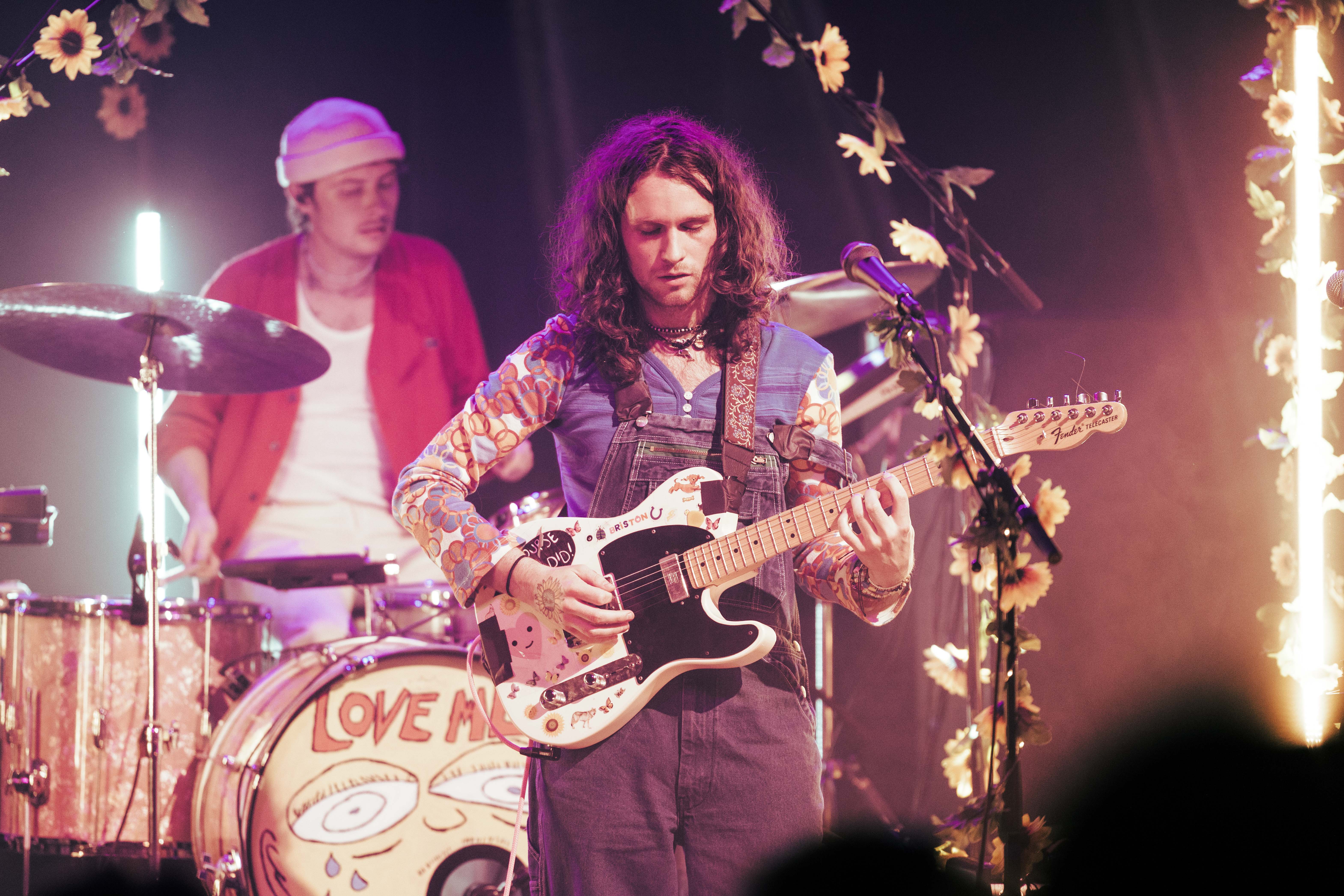 A few more upbeat songs followed as Maroney revitalized the crowd before setting into the final song of the set, “Freaking Out On the Interstate.” Beginning the song with distorted vocals transported the crowd to a dream-like space that set the mood for a perfect “ending” to the show. With the last note of the song, Maroney left the audience in a state of sublimity. But with a crowd as invested as this one, an encore was expected and delivered.

Returning to the stage, Maroney said a few words about his perspective of the impact that the show was going to have. He expressed the importance of feeling and loving while enjoying the music because that positive energy is something that will go beyond the four walls of the Bluebird to affect more people than we may know. With that sentiment, he played fan favorite “Caroline,” bringing to close a night that was evidently special for a majority of people in the crowd.