Hair metal — a more commonly used phrase to describe glamorous rock of the ’80s — is a sonic archive of days past. Rarely does one find any shred of burgeoning new bands following this blueprint. Rap could be the reasonably-assumed heir to this form of rock ‘n’ roll, with its sold-out shows, chest-puffing, luxurious lifestyles and drug-fueled tours (all a result of money and lots of it). But the point is, you just don’t see Mötley Crües or Def Leppards or Poisons emerging in this day and age. You do, however, still see unsurprising support for the originals. This tour was postponed in 2020 and 2021, both pushbacks due to COVID, and has moved, on average, 96 percent of tickets per show. So when Mötley Crüe comes to Coors Field for (what surely must be) their last tour — a joint effort by the aforementioned bands — you go, right? If not for pure enjoyment, at least to witness hordes of loyalty toward the figureheads of a generation. 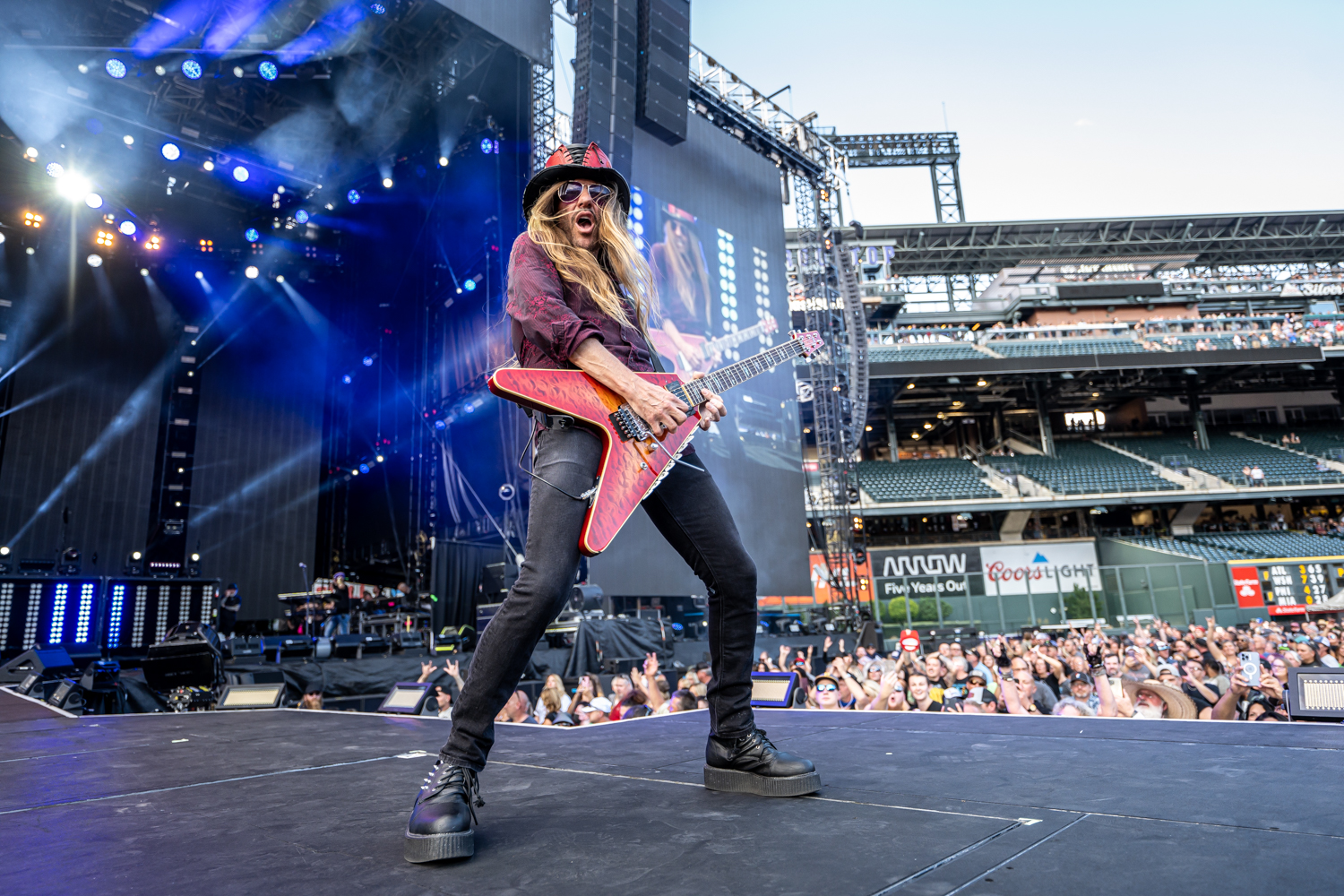 Joan Jett & The Blackhearts, as well as Poison, were welcoming openers. The latter, forever led by a polarizing Brett Michaels, whose smooth demeanor has been everywhere from the Celebrity Apprentice to The Masked Singer, VH1’s Rock of Love with Brett Michaels and (of course) on music charts and in stadiums across the world. In their day, Poison embodied the “glam” portion of “glam rock” in every sense of the word. Take a look at their debut studio album’s cover, 1986’s Look What the Cat Dragged In: they sported duck lips and full faces of makeup, blown-out hair and pastel-colored backgrounds. Like the K-Pop superstars of today, they understood who was listening to their music the most. 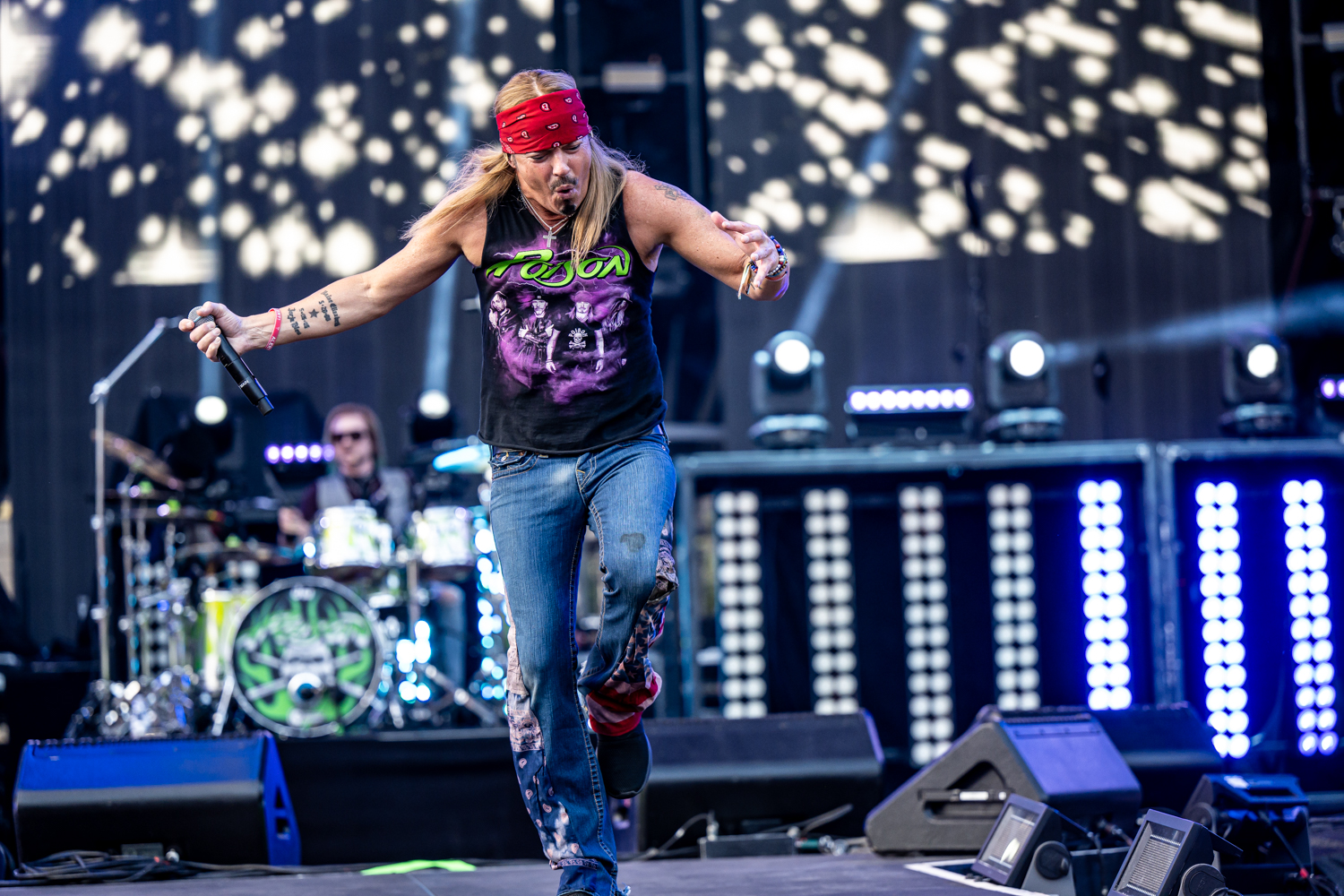 At Coors Field, Poison was lively during their punchy set. C.C. DeVille broke out all the stops on his auburn and red V-shaped beauty — a style of guitar body made famous by bands like these. Michaels caught air on more than one occasion, showing off his kicks and air punches in spry fashion. Fans reminisced through screams, hearing memories of their teenage years with the raunchy, addicting “Talk Dirty to Me,” or “Every Rose Has Its Thorn,” the crew’s biggest song from a chart perspective.

Next was Def Leppard, in all their British glory. The cats who held down hair nation across the pond came out with two intentions: one, of course, was to give their fans a long-overdue taste of the classics, three of which they stacked at the end of their performance — “Pour Some Sugar on Me,” “Photograph” and “Rock of Ages,” a record featuring an unforgettable introduction by super-producer Mutt Lange, the ‘Gunter glieben, glauchen globen’ spoken by a man who teamed with the band in ’83 to create an epoch of pop/rock crossover, Pyromania. The second intention, however, was sort of disappointing, but completely understandable. 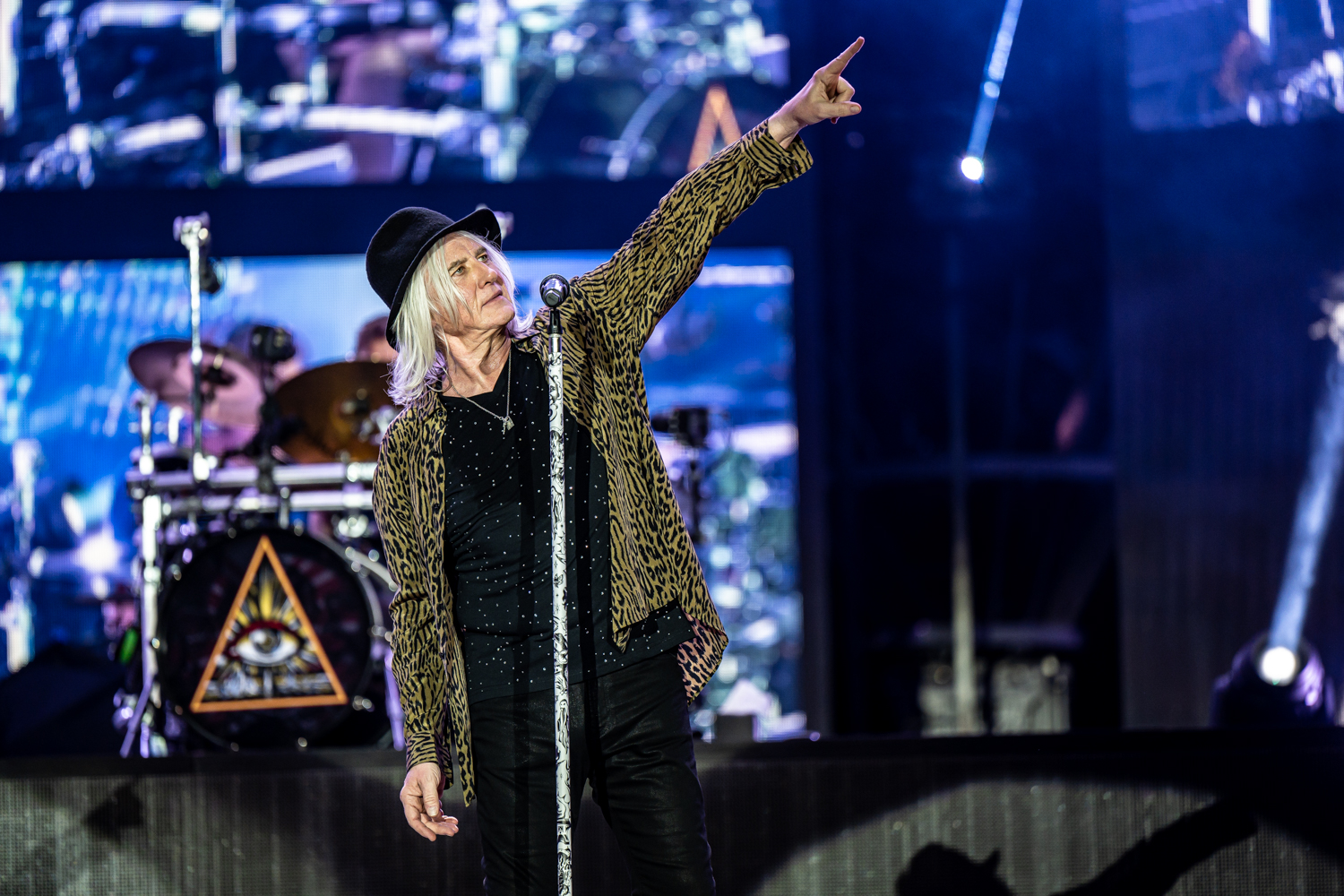 Throughout the night, Joe Elliott and company pushed their 2022 album, Diamond Star Halos, like salesmen. Songs crept into a fluid setlist — which was alright — but took nostalgic fans out of the moment. The crowd still cheered, but a new piece of work from a band who checked every box on the list, oddly boasted as “100% remotely recorded during COVID,” didn’t seem necessary. Phil Collin and Rick Allen still wielded their instruments with mastery (which comes as no surprise), and Rick Savage moved around with as much pep as anyone throughout their show. 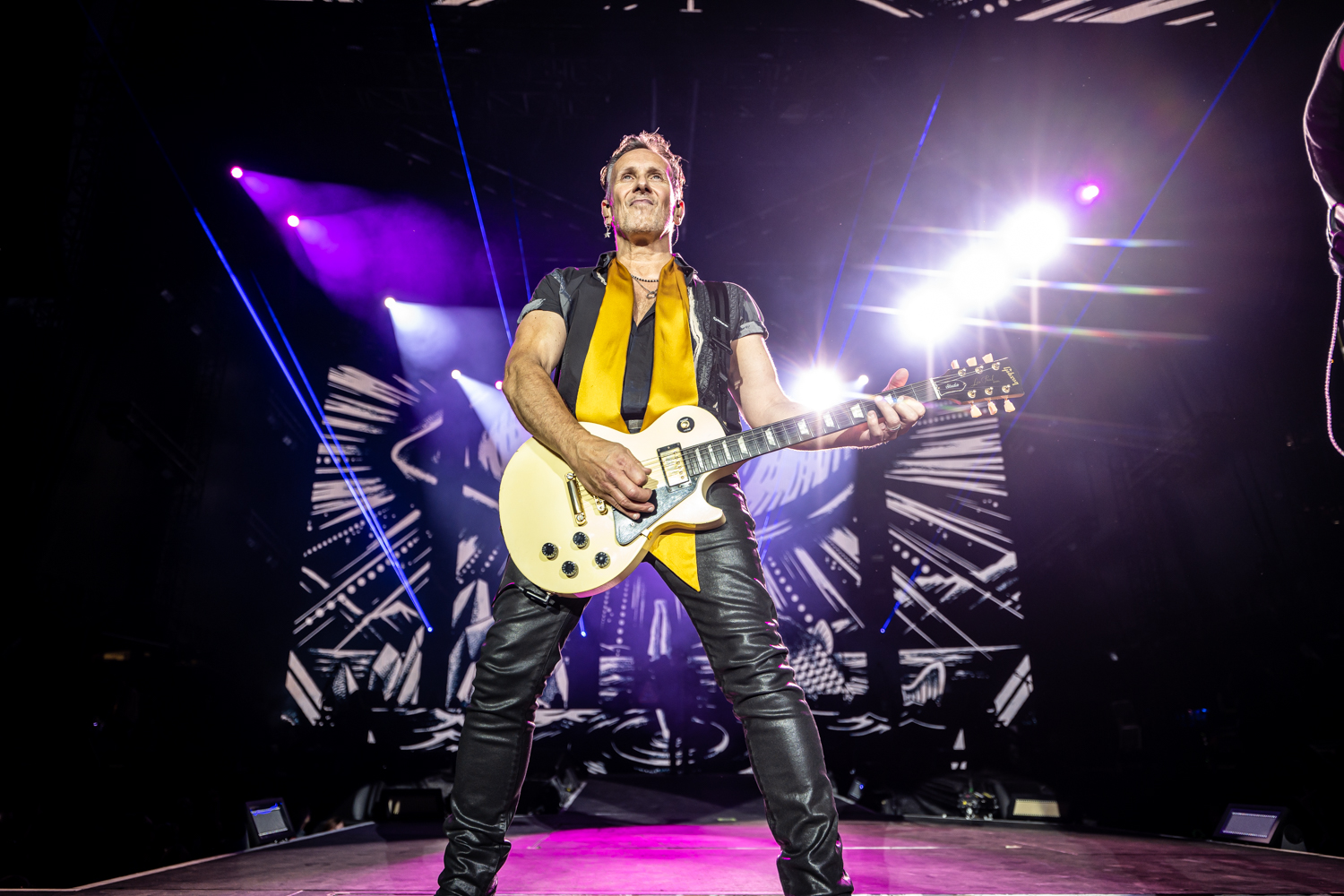 By this time, the sky had completely darkened. In all reality, it’s the only time of day Mötley Crüe should ever be performing. They are a band of the night — true savants of wielding the aesthetic, sound and lifestyle surrounding the appealing darkness of mainstream heavy metal of the ’80s. Their set kicked off with the “emergency broadcast” trope, as it cut through blips of news anchors reporting on their sightings. For a band that sports an edge as sharp as Mötley Crüe has for decades, an explosive first song is a must — and they delivered, kicking things off with “Wildside.” Nikki Sixx, Mick Mars, Vince Neil and superstar Tommy Lee, who joined the tour late due to a set of broken ribs, all had this marked on their calendar for years. This was their first stop in Denver since a pump fake “farewell tour” in 2014/2015. Suffice to say, the band had lots of time to plan, and their stage set-up reflected as much. Jagged metal clusters made trees and nests of steel, surrounding each band member. Tommy Lee’s drum set was surrounded by these extremities. 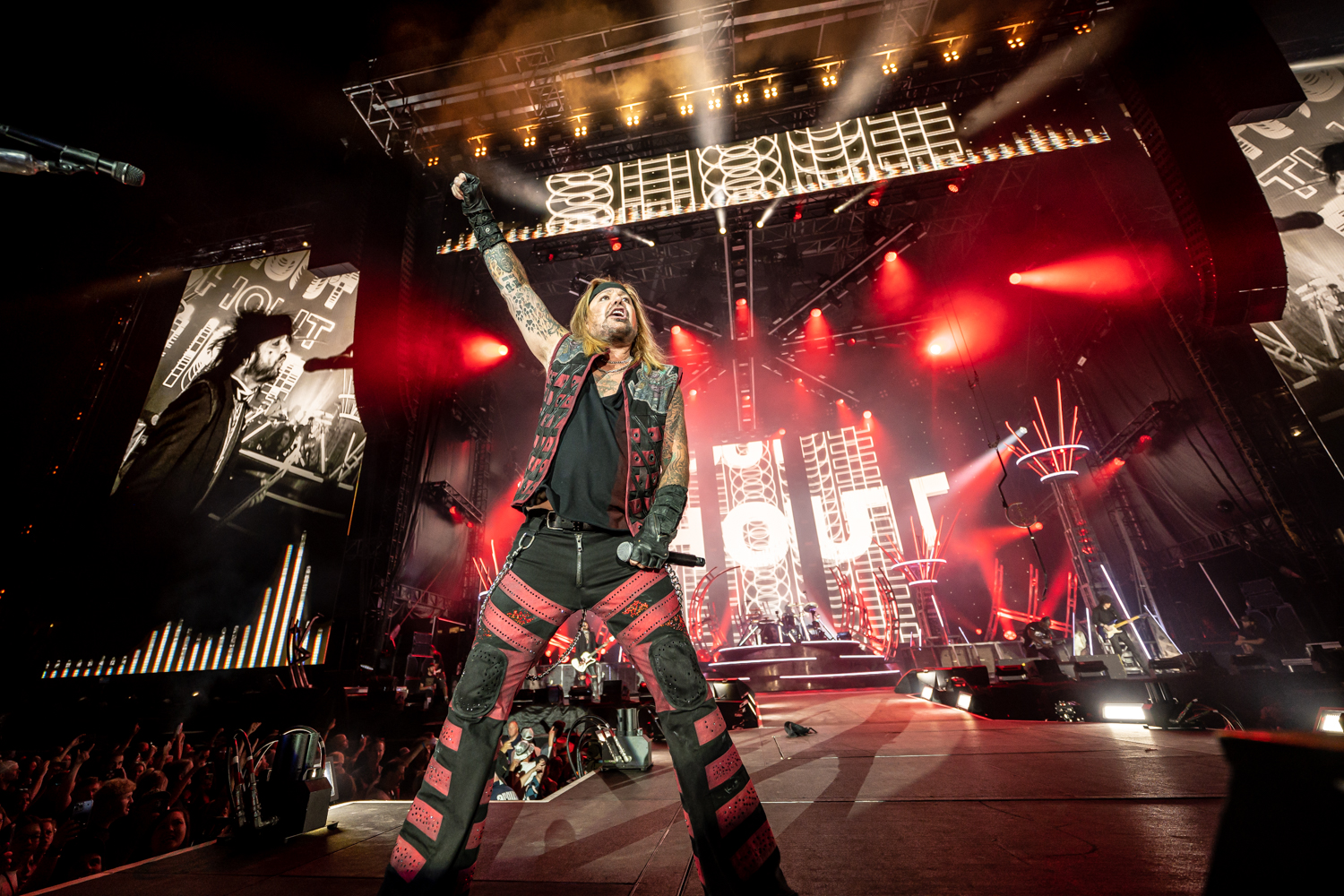 Vince Neil, the pitched-up singer and frontman of Mötley Crüe, donned a red and black leather jacket, marked by silver studs. “Live Wire” and “Saints of Los Angeles” were distinct moments in the performance — great records that act as bookends for their studio album run from 1981 to 2008. An iconic moment (as always) came when Tommy Lee plopped down onto a piano bench, and after 35 thousand lighters/phone lights turned on, he played Vince Neil in for the glam ballad of the ’80s — a brilliant moment in rock music — “Home Sweet Home.” 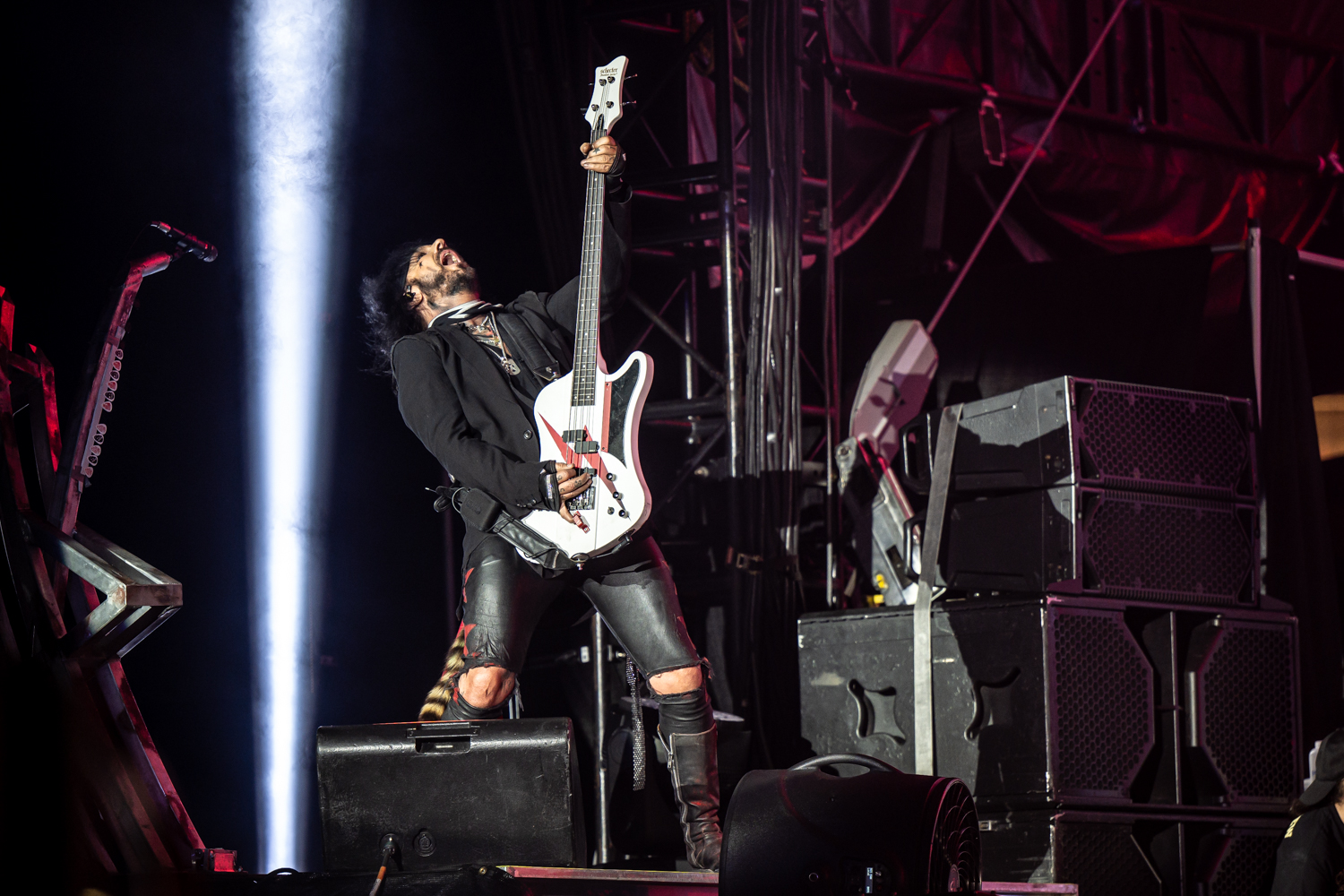 It was funny — at one point during Mötley Crüe’s performance, Nikki Sixx and Tommy Lee gave speeches to the crowd, one after the other, in that exact order. The combined content of Sixx and Lee’s speeches was a perfect, full-bodied summary of the anomaly that is Mötley Crüe.

First went Sixx, who made abundantly clear that they wouldn’t have led the amazing lives they did if not for the fans, as well as the bands they idolized. It was a wholesome moment to say the least, and understood, considering their awe-inspiring success, nearly 15 years after their last studio album.

Next came Lee, who posed a final question, “we’re in fuckin’ Denver, right? Then how come I haven’t seen any titties?” 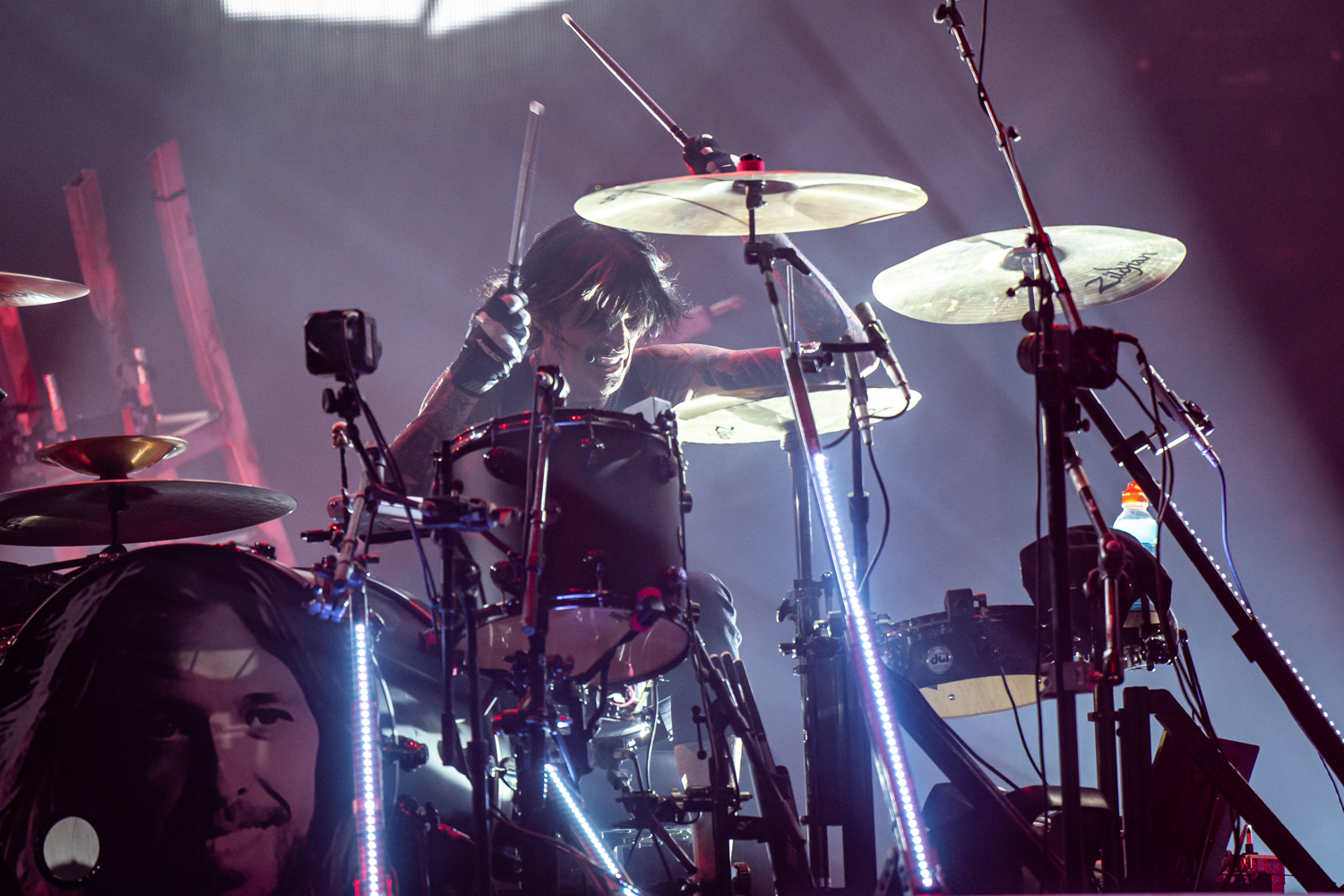