Tucked in the basement of Sailor Records — an independent record label catering to Mile High musicians — owner Oscar Ross’ home is a studio categorized by professionality and character. Stepping into the studio space by way of the sticker-tattered door, you’re transported to a world where music is the only thing that matters, and the only issue to occupy your thoughts. Ross, having played music from a young age, described the feeling that inspired his journey with Sailor Records. 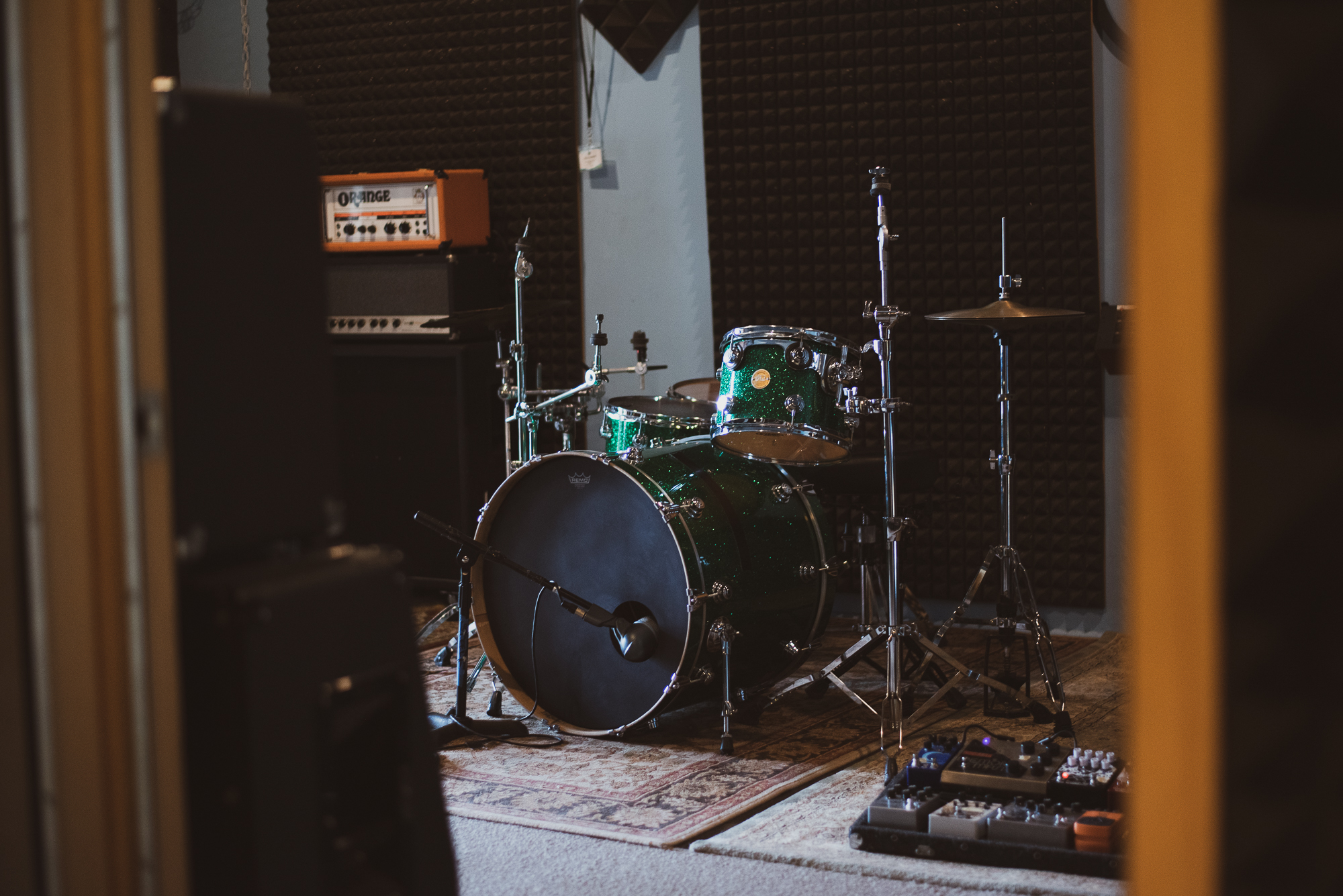 “I was addicted,” Ross said. Describing his experience of playing in his first major band, Lords of Fuzz, Ross went on to describe how the experience of letting loose with other musicians, by means of writing songs and playing live, was joyously cathartic. “Lords of Fuzz was literally a bunch of guys hanging out, getting high, playing really bad music and it was so much fun,” he said.

Leading a life surrounded by music was nothing new to Ross when he started Lords of Fuzz, and eventually Sailor Records. “My dad was a musician. He played guitar and sang Beatles songs and country and Western songs so I always had a guitar and I remember learning chords in grade school. When I went to college I started writing my own music,” Ross explained. Involving himself in a few bands in college, yet nothing amounting to much, Ross turned to solo work where he spent a good deal of time performing at coffee shops and various other open mic spaces. 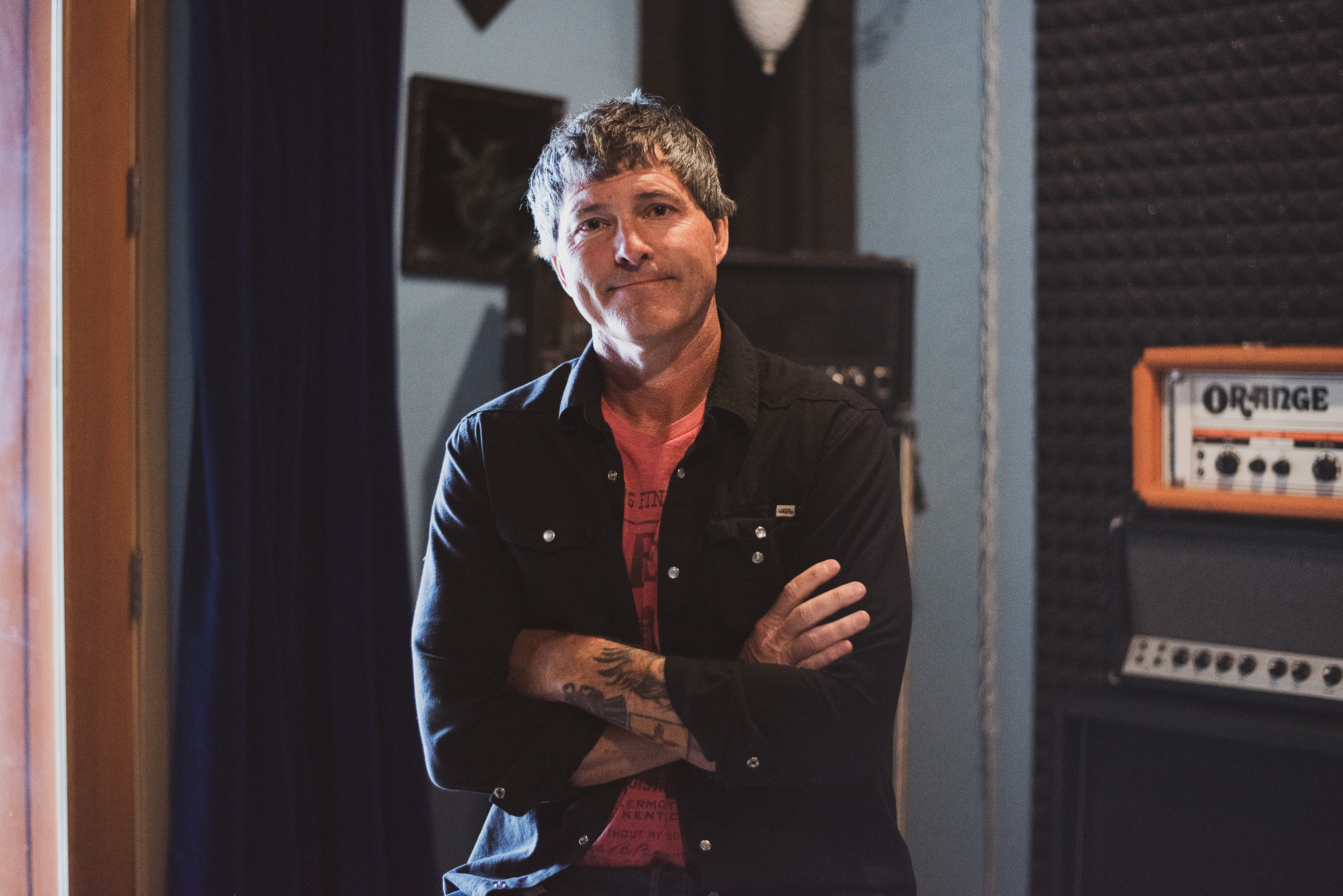 “I remember my first [performance]. It was packed and I’m just shaking, I’m so terrified. I had three songs and I got through it and I was just ecstatic,” Ross described. The ecstasy brought on by playing music persisted as Ross went on to record a solo album, navigate the dissipation of his first band, form his current band, Fathers, and eventually start his own label.

For the love of the craft, and a tax write-off, Sailor Records was born in 2011. While Ross was investing a lot of time into his band and other musical endeavors, he realized that the financial investments were also adding up. “All of these things were a lot of money so I thought, ‘well, let’s start a little LLC’ and I had a couple of other bands that wanted to do an album,” Ross said. “Sailor Records started incurring a lot of expenses and so that’s kind of where I started the LLC, it wasn’t like I was going to make some empire label.” 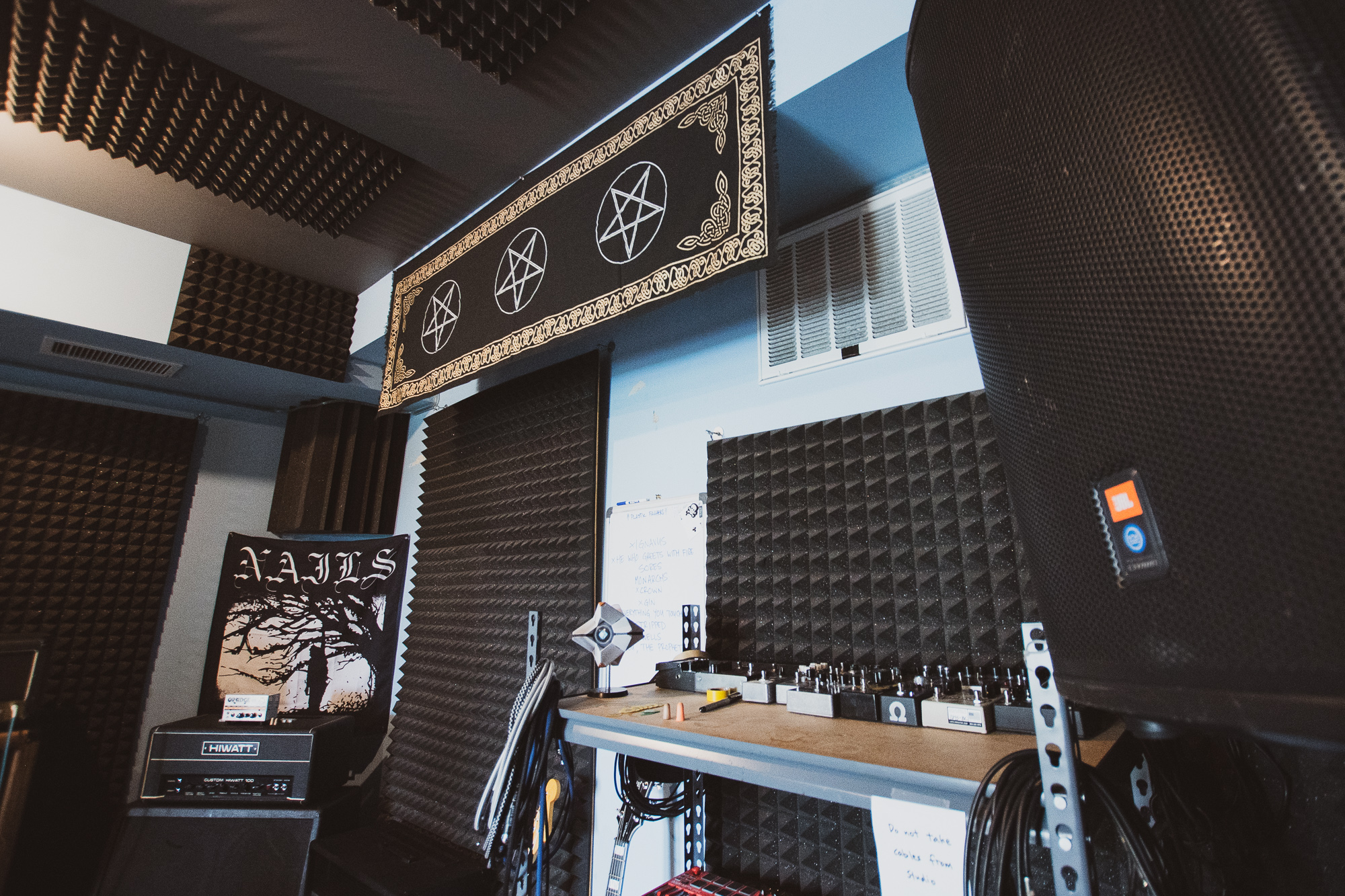 Growing to a comfortable size somewhere between a major label and the nameless company that it began as, Sailor Records never strayed from moving in its own direction. The label disregards the cutthroat expectations of how it should operate and instead focuses on what Ross sees as the main objective of a label — supporting local bands. “I love the music, I love seeing bands succeed, I love supporting it,” Ross said.

Rooted in the value of supporting local artists, Ross adopts a personal approach to finding and signing bands. Ross described how after hearing about a band from others in the music scene he’ll take it to the next step before working with a group. “I’ll even try to play with them, do a show because that’s how you really get to know a band. So it’s kind of word of mouth and being in the scene.”

Having worked with numerous bands, Ross described how he has become more attuned to the types of acts that he brings onto the label. “I became really selective,” Ross said. Focusing on quality over quantity, Sailor Records puts out approximately three releases a year despite submissions from bands being sent in weekly. Of the large number of bands that reach out to him, Ross voiced, “I would love to help them, but I never see them on flyers, I never see them playing shows, I never see them putting in the work to really do it. So it’s just not a smart decision for us [no matter how] bad I’d like to do it. So now I’m just [signing] bands that I know are going to put in the work.” 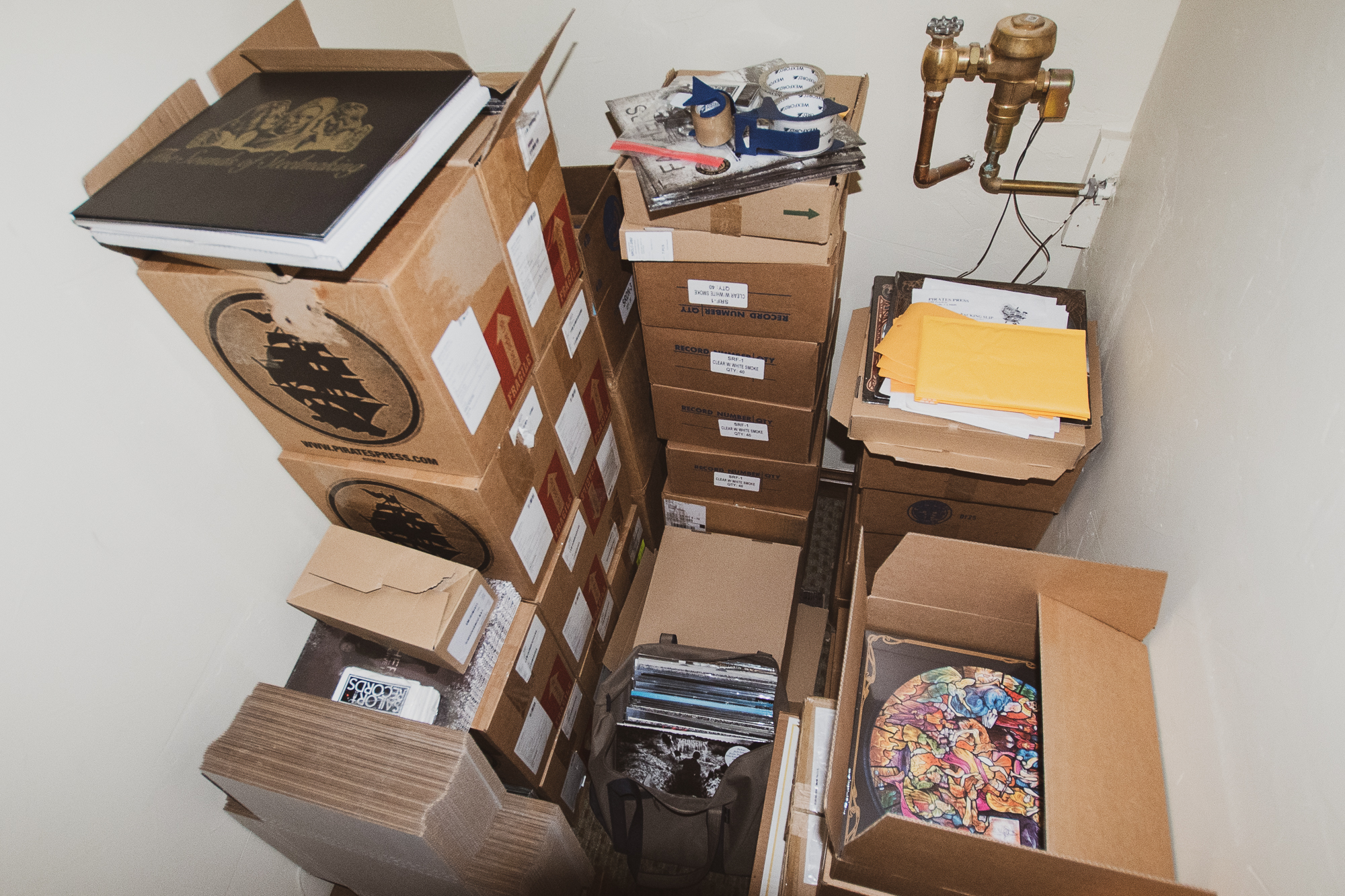 Although specific about his clientele, Ross explained that once he begins working with a group, he opens the door for them to decide what kind of support they want from the label. From pressing and distributing vinyl to aiding in the production and songwriting processes, Ross works with each band on a personal level in order to help them reach the goals they aspired to achieve with the label.

Remaining a fairly small label, Sailor Records is nowhere near short of accomplishments from Ross’ perspective. “I’ve had three or four bands from Sailor Records that have bumped up to a larger label and I love that, I love the fact that they’re getting more exposure and more support,” Ross said. Not intimidated by bands moving on to larger labels than his own, Ross expressed the reward he feels from being a stepping stone for local bands.

Uncertain of what the future holds for Sailor Records, Ross noted that he has a few plans up his sleeve. “I’ve tried for years to get a national distributor. Basically, what they do is they take your catalog and they advertise it to everybody that comes to their companies. It’s much more exposure,” Ross said. He spoke of also looking to sign larger national acts in order to expand the label, which he noted is currently in the works. 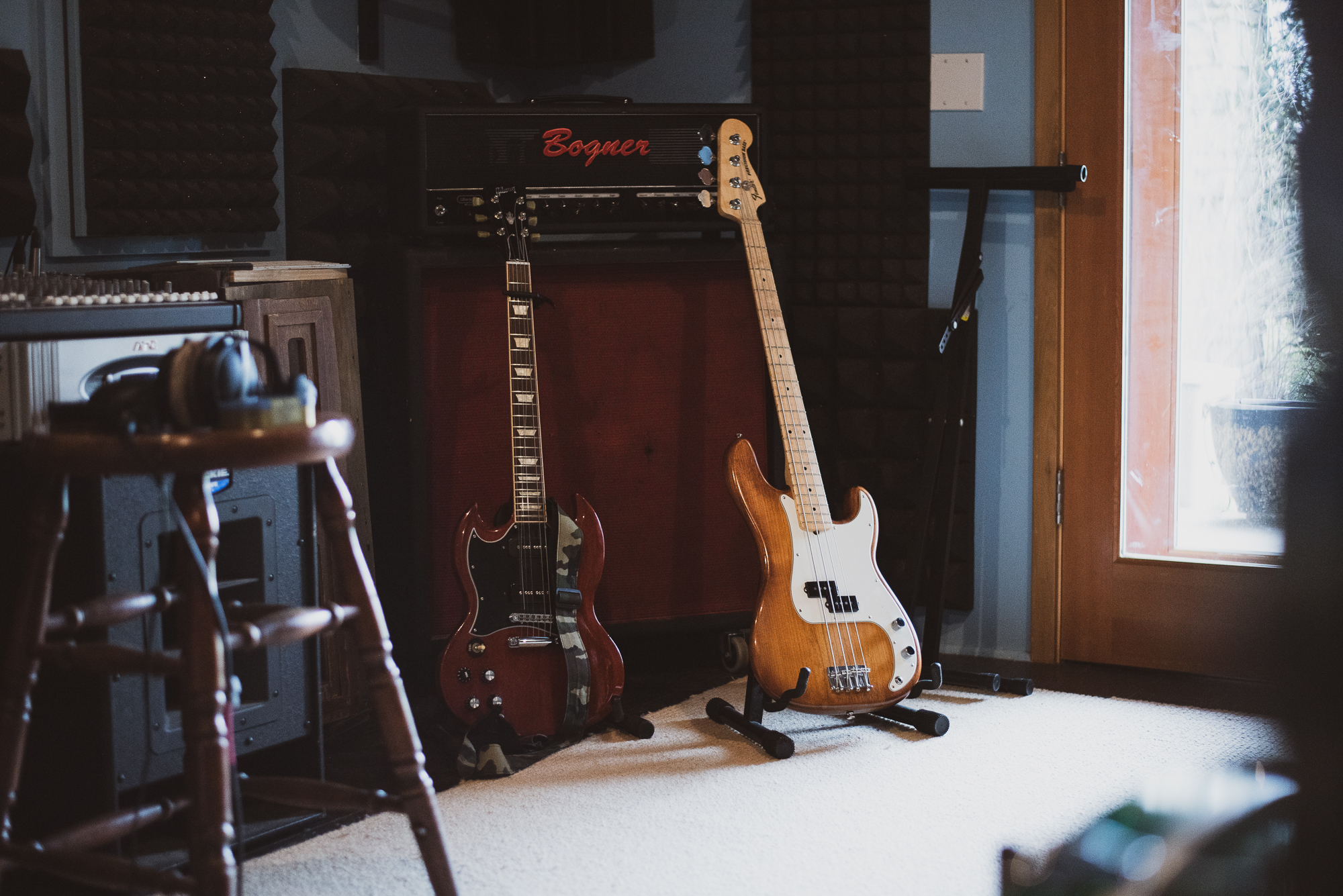 Speaking on his future plans for the label, Ross embodied excitement delivered with nonchalance, knowing that no matter where Sailor Records ends up he has had a great run serving the music scene. “I know I’m going to keep doing what I’m doing as long as I love it,” Ross said.