Just Announced – Stevie Nicks is Coming Back to Red Rocks

The one and only, Stevie Nicks has announced a concert at Red Rocks Amphitheatre on Wednesday, May 11, 2022. Known for her work with the band, Fleetwood Mac, Nicks has also seen critical success as a solo artist with eight studio albums and winning five Grammy awards for tracks including “Edge of Seventeen.” As a result of her success, Nicks was inducted into the Rock and Roll Hall of Fame in 2019.

At the end of last year, Nicks canceled five performances due to the rise of COVID-19 cases. Since then, the singer has announced a slew of festival dates and only two headlining shows – one of those being at Red Rocks. The vocalist is no stranger to the breath-taking venue as she has previously recorded and released a concert video album in 1987 titled, “Live at Red Rocks” which earned her a Grammy nomination. While not at Red Rocks, lucky Colorado fans can also attend the JAS Experience over Labor Day weekend in Aspen to see the icon perform. 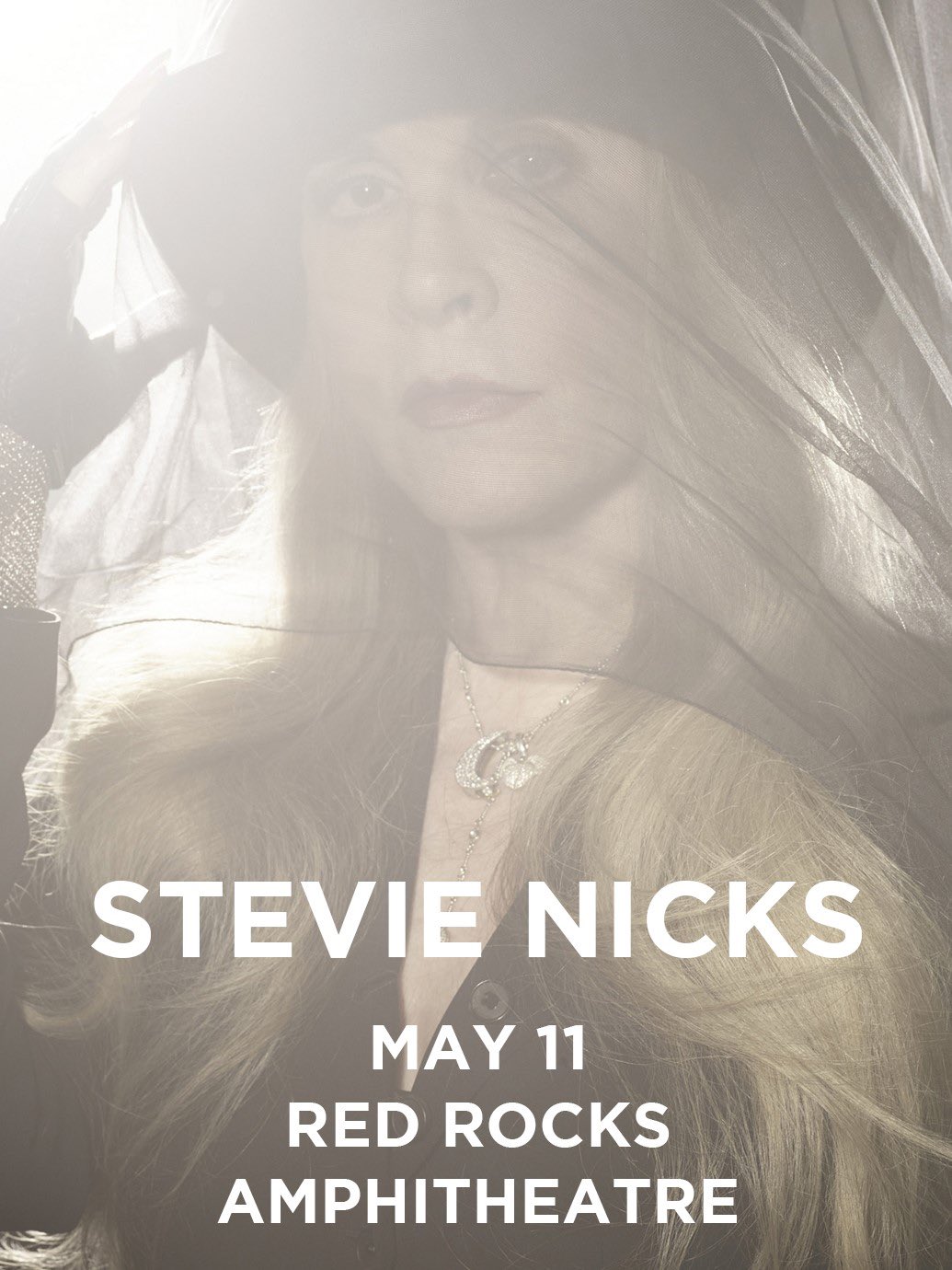 While tickets for the May 11 performance will be in high demand, fans can register for a ticket presale online here. General ticket sales will begin Friday, April 1 at 10 a.m. at AXS.com. Ticket prices range from $75 to $300.

The Red Rocks 2022 concert schedule features a few shows from the canceled 2020 season, and it’s still growing with new show announcements happening every week. To stay up to date with the 2022 Red Rocks schedule, check out our list of all of the Red Rocks Shows Announced So Far (2022).

See the full list of Nicks’ tour dates below:

May 14 – George, WA @ The Gorge Amphitheatre