When you think of a plumber, the first thing most people imagine is the infamous plumber’s crack.

“Plumbing isn’t sexy,” a famous NFL player told Cassi and Levi Torres, the co-founders of High 5 Plumbing, when they asked him to wear one of their branded shirts. High 5 Plumbing is a Denver-based company that offers plumbing, sewer and drain services. 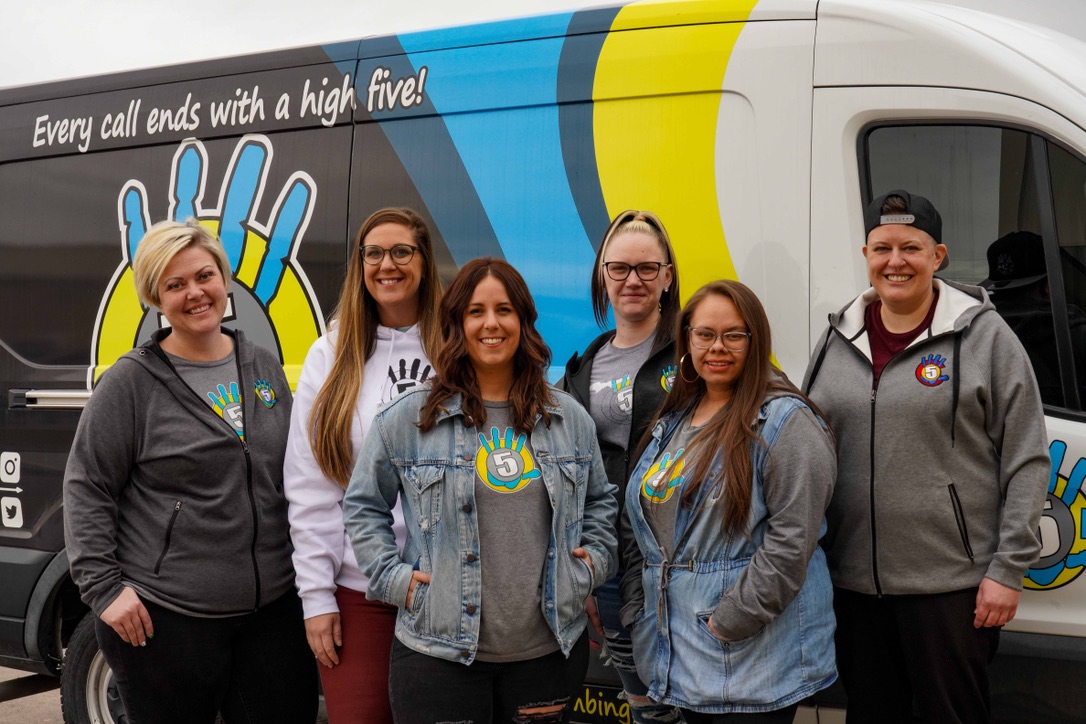 Part of the High 5 Plumbing team

When the Torreses heard this, they took a step back and realized the status quo in plumbing “really isn’t sexy,” and focused their efforts on breaking the many stereotypes that plague a plumber from attitude, reputation and shop appearance all the way to fashionable apparel.

Levi Torres began creating merchandise and uniforms with different High 5 Plumbing logo designs and dropped the word “plumbing,” so that people beyond his family circle would be interested in wearing and repping their company.

While watching a Rockies game, Cassi said she wanted a High 5 baseball jersey, so Levi got to designing one for their technicians to wear, instead of the traditional button-up shirts that most service industry workers wear, which features the company and technician name stitched on each side of the chest. 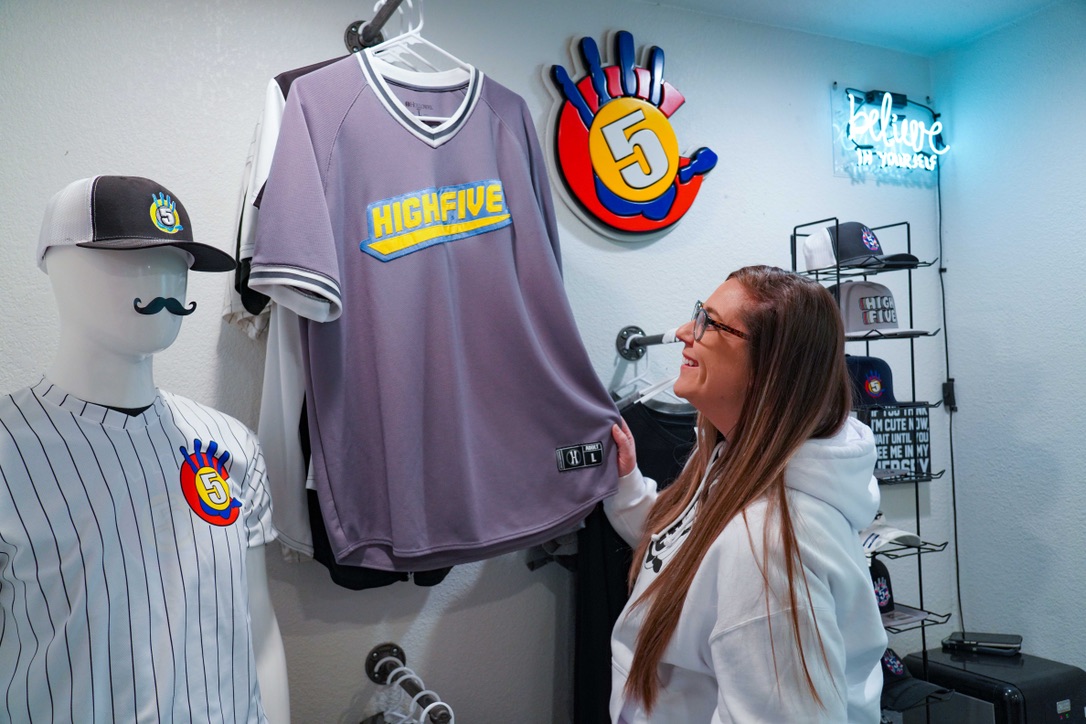 “I hated that – that’s the most boring, least amount of personality you can give a person. Most technicians don’t care, but I was the type of technician that was like, ‘this isn’t cool,’” Levi Torres said. “When I started High 5 Plumbing, I wanted it to be different. So if I want to wear cool stuff to work, then I have to give my technicians the option to wear cool stuff.”

Once technicians began wearing the baseball jerseys, the “floodgates opened,” and people started asking, “Man, where do I get that?” Being the action-oriented people they are, the Torreses rolled out a website for people to buy High 5 Plumbing clothing.

Although Levi has always had a sense for fashion, he doesn’t want to run a clothing company, and they don’t need the money, he said – so they donate all profits made through apparel purchases to the High 5 Cares nonprofit recipient of the month, which they have raised $50,000 for since its 2018 inception. 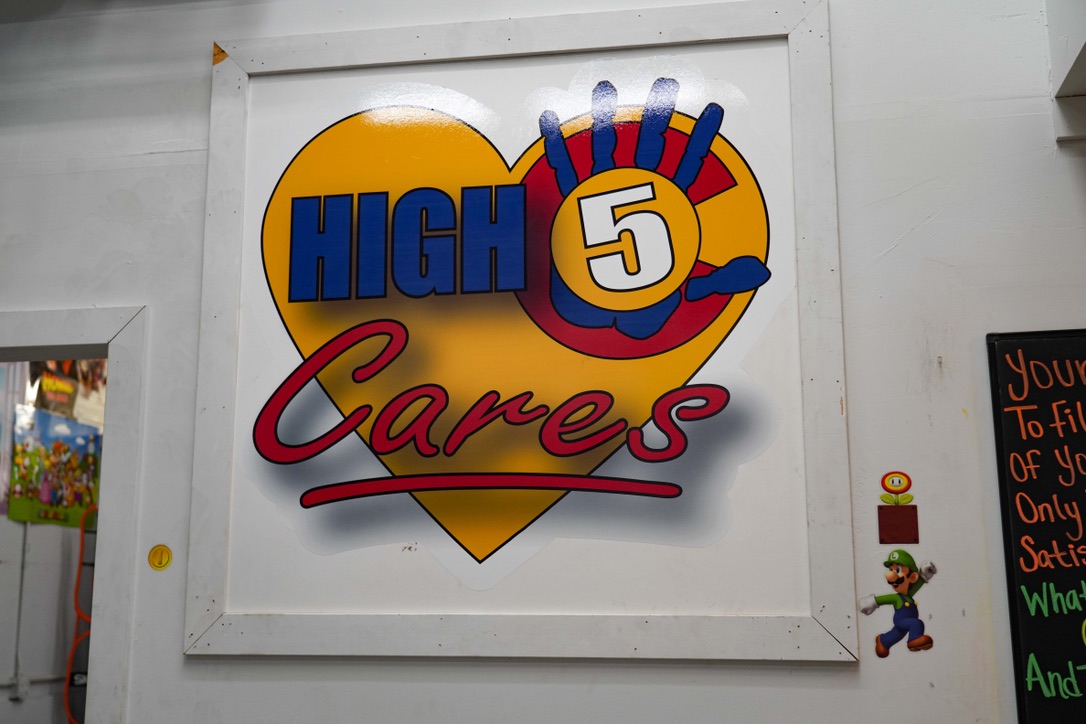 Every month, High 5 Cares nominates a local Denver nonprofit to spread the word about their mission.

Every month, High 5 Cares spotlights a new nonprofit where they write a blog piece about them, send their information out in a newsletter and have technicians hand out additional information while out on calls. The Torreses have also implemented High 5 Cares into their business model as a whole: with every club membership they sell, they donate $10 to a nonprofit, as well as a $500 flat fee and a percentage of revenue. Additionally, members of the High 5 Plumbing team volunteer in one to two events with the nonprofit every month.

“I feel like it’s really helped push our team connection and show like, ‘Hey, we really do more than just plumbing, and we really care about our community,” Cassi Torres said. “Our mission is to come together as more than individuals to create a positive impact with our team, clients and community, one ‘high five’ at a time.”

While some people may not have money they can give, Levi Torres said that you can give time, “and that’s making just as big a difference,” even if it’s only four hours.

“One of our values is to be grateful, if you can, for the things you have in life,” Levi Torres said. “You could always say, ‘My life is not where I want it to be, but I’m grateful that it’s where it’s at.’ We’ve really tried to paint with these volunteers to realize you may be going through a tough time in your life, but there are kids that aren’t eating because we’re packing bags for them right now, so they can eat. It helps you put some stuff into perspective.”

While the Torres’ leadership extends beyond the walls of High 5 Plumbing, it begins at their shop, which shines with the company’s bright blue and yellow colors and is decorated with goal posters and a “brag board,” where technicians who end their service calls with a high five can take a picture with their client and post it on the corkboard.

The high-spirited and interactive design is a nod to Cassi Torres’ days working in elementary education before starting High 5 Plumbing with Levi in 2012.

“We aren’t your typical plumbing shop,” Cassi Torres said. “People say it seems like we have school spirit here. Our culture is very strong — we like to have fun, and we want it to be a place where plumbers want to come.”

Claire Doyle, the marketing director of High 5 Plumbing, said people are surprised when they walk through the door and find the plumbing company’s playful and neat design, which includes graffiti, a basketball court and posters aplenty — be that of movies, celebrities, sports teams, you name it.

“Our shop is really, really impressive and not what you would think stereotypically a plumbing company would be – it’s very clean, it’s very organized, and so I think there’s a lot of shock value whenever people walk in through the door,” Doyle said.

Doyle said she barely even knew what a water heater was and had no prior interest in working at a plumbing company until meeting Levi and Cassi and seeing the atmosphere they created at High 5 Plumbing. She felt their energies immediately aligned and knew she could learn plumbing very quickly because of her desire to be in that kind of workplace environment.

“I love coming to work, I really do – I know that sounds so cheesy,” Doyle said. “We’ve got to work to survive in this life, but man, it’s fun. Job joy is really important.”

Creating a positive environment has always been at the forefront of the Torres’ minds, down to the name of their company.

“When you think of a high five, that’s typically a very positive action,” Cassi Torres said. “We wanted it to be something where people were excited to be part of it, and with the name and the coloring, that’s just kind of how we went with it.”

What makes Cassi Torres excited is that she gets to see the switch in plumbers, where they become proud to be a “badass plumber” in the industry.

“I think, you know, there’s that stereotype. I mean, when you think of a plumber, you probably think of plumber’s crack, they’re dirty, they’re nasty, they don’t communicate, and we really have done everything to break those stereotypes,” Cassi Torres said.

Working in the Trades

One of the pain points within plumbing companies is that they can’t find people to work, Cassi Torres said. According to the Bureau of Labor Statistics, 63% of high school graduates go on to attend college. As for women, they account for less than 4% of people employed in the trades. Over the 10 years of High 5 Plumbing’s existence, they’ve had only two female plumbers.

Cassi Torres said that high schoolers need to be taught that it’s okay to go into the trades, that you can make good money and be really good at what you do.

Levi Torres echoed what his father taught him growing up: “If you can use your hands, if you can fix things with your hands, then as long as you’re living, you’ll have a job.”

“But, you don’t always have to use your physical hands,” Cassi Torres added. “You can go do that initially to learn how the plumbing works, but you can eventually be a business owner, you can go and run a marketing department in a plumbing industry — it doesn’t have to be you’re just going to be a plumber until you die.”

The Torreses recently opened a Littleton location and have their sights set on Longmont, Golden and Aurora locations, with hopes to become nationwide in the next 10 years.