In life, there are highs and lows but how we carry on develops character. On Friday night, MARINA took the Paramount Theatre stage with poise to remind the crowd “Ancient Dreams in A Modern Land” are not far off — even if they may feel like it. In front of a packed crowd, the pop star played a high-energy set full of confidence, grace and grandeur. This would be Marina’s fourth time performing in Denver with previous stints at the Gothic Theater, Ogden Theater and Mission Ballroom. However, Friday was MARINA’s most purposeful set to date.

The show opened with the thesis for the tour, “Ancient Dreams in a Modern Land,” expressing the notion that, “We’re not here so we can blow it all.” The introspective artist encouraged fan reflection in order to determine their purpose on Earth — a big ask for a pop show. 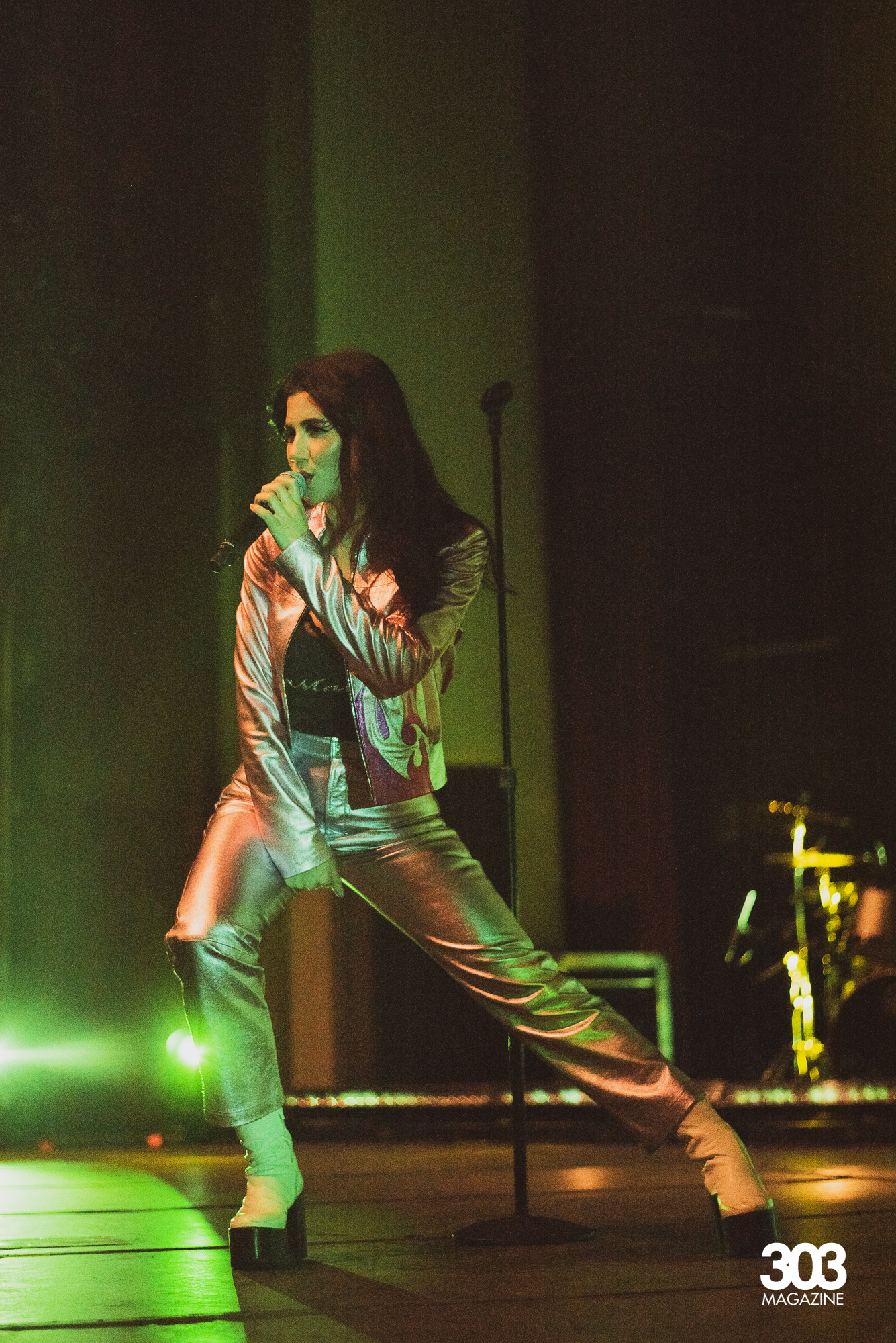 She continued her purposeful pop with “Venus Fly Trap,” addressing the conversation surrounding the artist. For context, fans and critics did not take well to her last album, Love + Fear, after a hiatus and even went as far as to call the artist poor. The singer counteracted with boldness singing, “I earned it all myself and I’m a millionairess,” and “nothing in this world could change me.” The song took fans back to her roots and reminded them why they fell in love with the singer in the first place.

The stage was set. When MARINA took to her grand piano to perform “Man’s World” and “Are You Satisfied?,” she never took her foot off the gas pedal. The show had the eclectic crowd on their feet singing, dancing and cheering during songs old and new. A swirling fan on stage blew Marina’s hair into perfect position as she sang, “Purge the Poison,” to deliver a message from the perspective of Mother Nature. Like a Greek goddess, she stomped around the stage with confidence and grace while fans stood in astonishment as her operatic voice soared throughout the theatre. It wasn’t without a heavy heart as MARINA laughed, “Denver, I can feel the altitude!”

Even with the altitude, MARINA was full of attitude as she delivered indie pop-punk tributes with “Forget” and “Can’t Pin Me Down” from the Froot album. She reclaimed her power, singing, “I am never gonna give you anything you expect,” while prompting the audience to do the same. If a new world was beginning right then, MARINA acted as the cult leader and fans the loyal adherents. 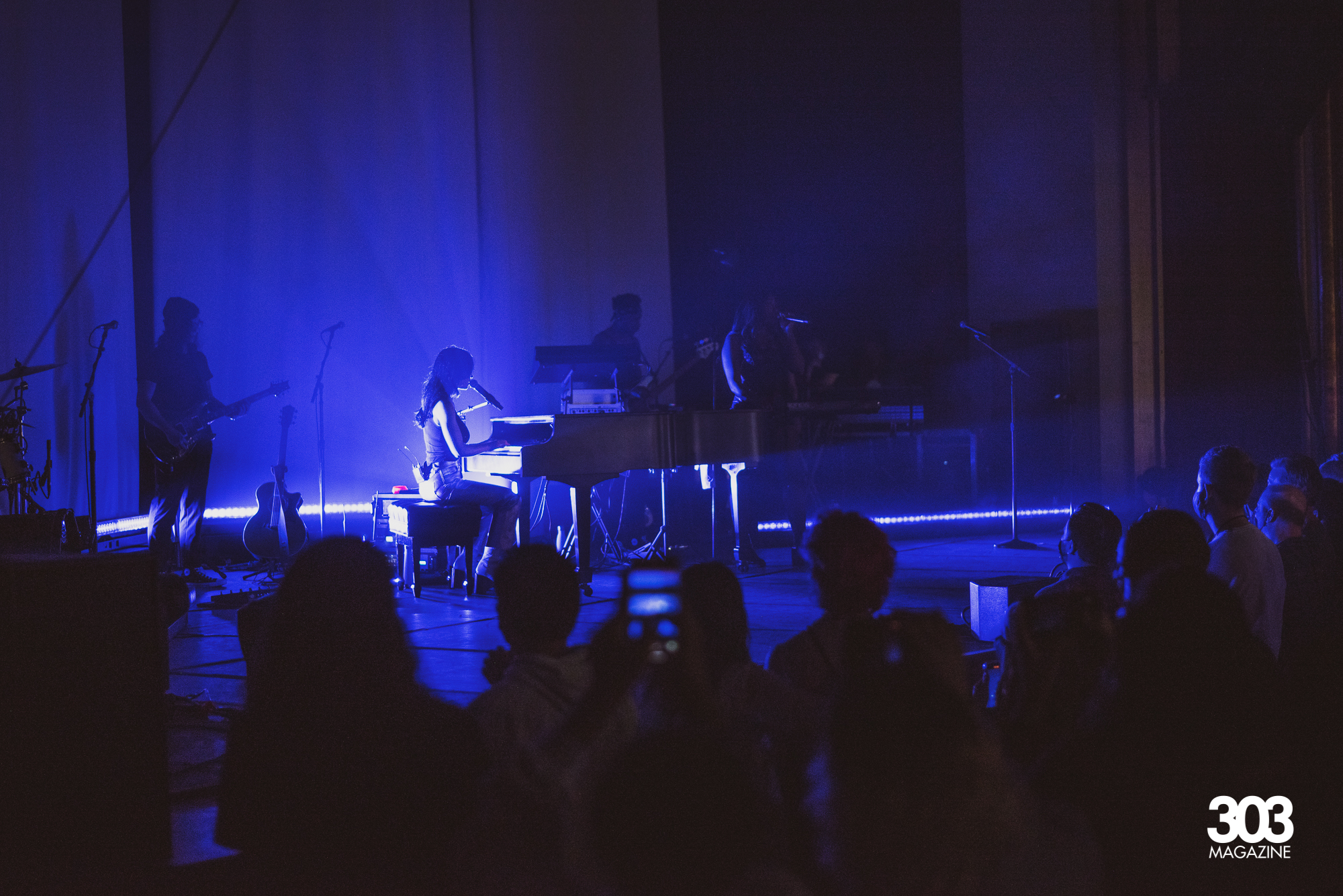 Towards the end of the show, the Welsh singer took a nostalgic turn by performing the electro-pop “How to Be a Heartbreaker” and “Bubblegum Bitch” from Electra Heart, released in 2012. Ten years later, fans still jumped, screamed and sang every lyric as if it had topped the charts this year. The backing band never missed a beat and flashing lights projected behind, creating a colorful scene to accompany a high-energy show. While the beginning of the show left room for introspection, the latter half of the show had a thumping drum beat that left fans breathless.

To close the show, MARINA performed a somber “Goodbye.” On the surface, the song can be pinned as a classic breakup song ending in heartbreak. In this setting, the song morphed into the perfect love song dedicated to fans, revealing, “maybe we won’t meet again, but you’ll always be my closest friend.” Through the highs and lows of a career completely her own, fans have stood by the songstress, building a stronger bond between the two. Before leaving the stage, MARINA delivered a sincere message: “I always have such a great show here, Denver.” Although MARINA ended with “Goodbye,”  it is far from the last time the dedicated fan base known as the “diamonds” will hear the singer.