Review — Washed Out Sent Gothic Theater Into A Trance

Stepping into the Gothic Theater felt like entering another realm, a dream within our own reality. Washed Out’s sold-out crowd of eager and open supporters came to be taken by the signature chillwave monsoon of drum pads, wavey bass and processed vocals. The audience stepped up to the stage and was welcomed into a trance of heavenly visuals and hypnotic rhythm. 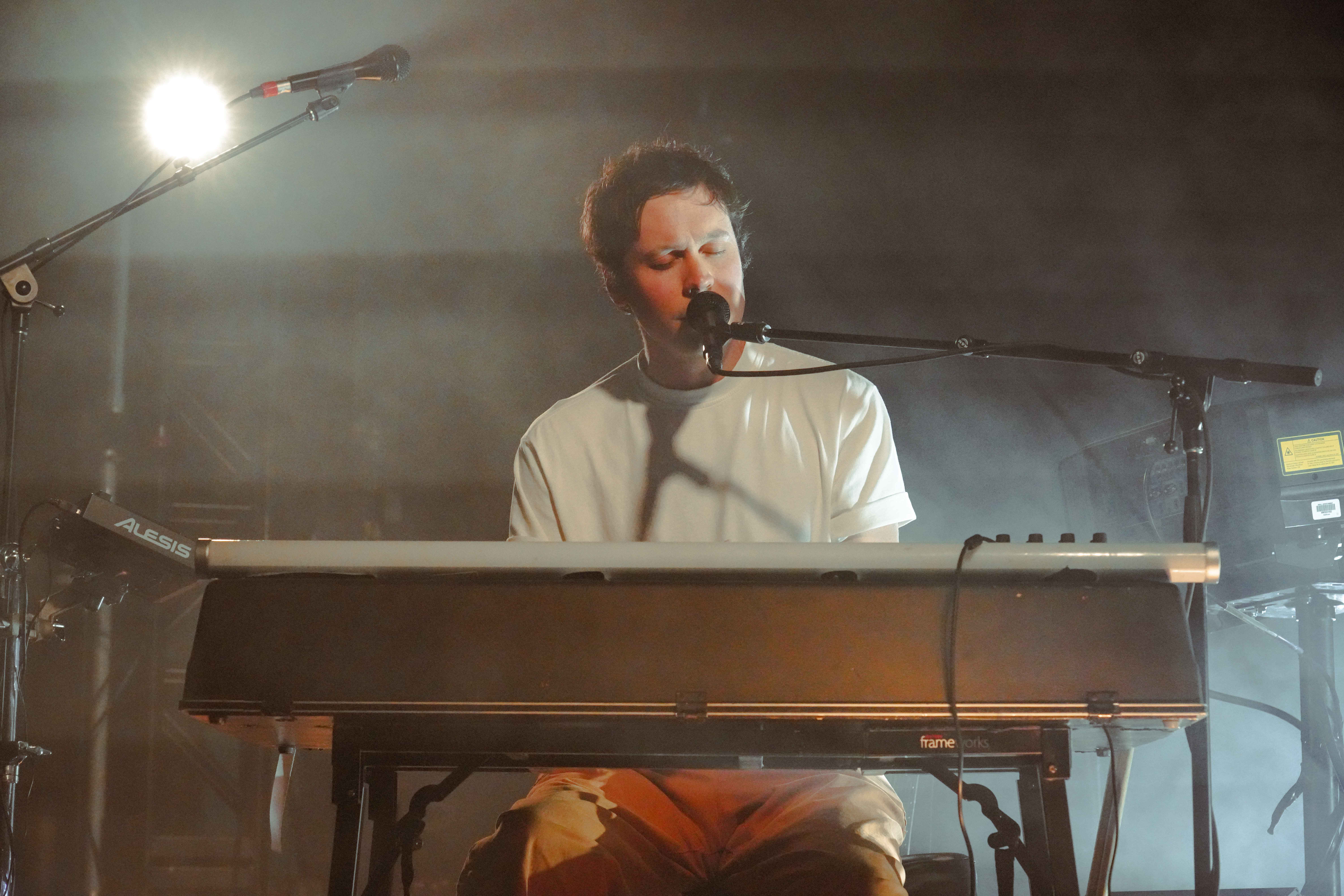 Right on time, opener Brijean floated onto the stage. The ultra-chill duo — comprised of Brijean Murphy and Doug Stuart — set the tone from the very first tap of Murphy’s bongos. Quickly, the crowd assumed a collective sway as the two blanketed everyone with soft harmonies and scintillating chimes. The haze of purple light hitting the stage, coupled with the sweet whispers from their latest release with Poolside, “Better When We’re Close,” delivered a uniquely exquisite opener experience. 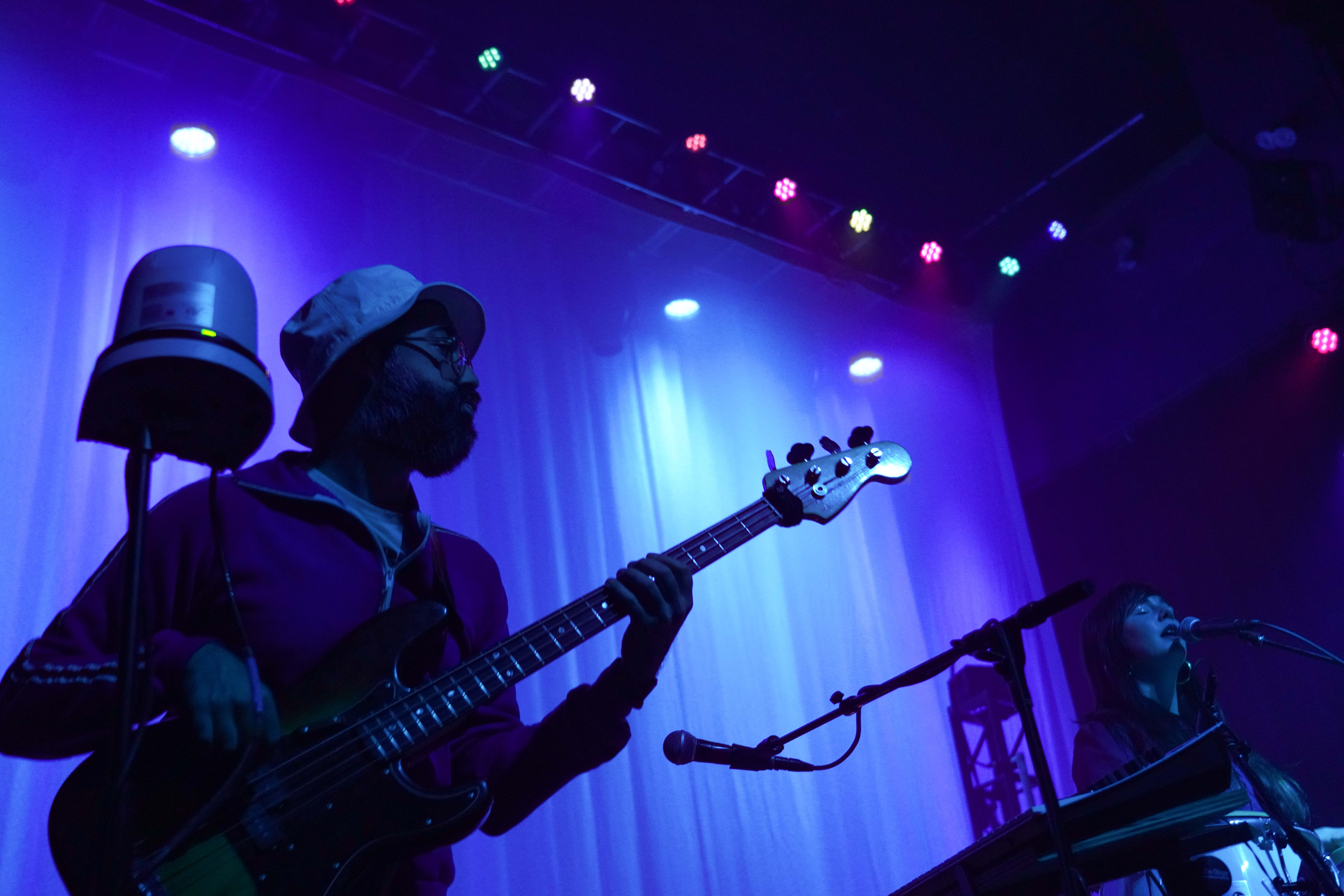 After years of anticipation, Ernest Weatherly Greene Jr., known by stage name Washed Out, entered the stage. From the jump, Greene delivered a sonic experience which begged you to ask ‘Are we in heaven?’ He kicked off by the set with “Too Late,” off his latest album, Purple Noon, released in 2020.

“This is the first tour we’ve done as a band in two or three years so thanks so much for showing up.”

It was as if no time had passed since his debut album, High Times, released in 2009. Washed Out displayed the rare ability to impart the inimitable sensation of falling uncontrollably in love or floating carelessly in open water. Switching from keys to drum pad to acoustic guitar, Greene laid it all out on the stage. The trance continued with the track “All I Know,” and a collective gaze was met by a spectacle of lasers hovering above bobbing heads. 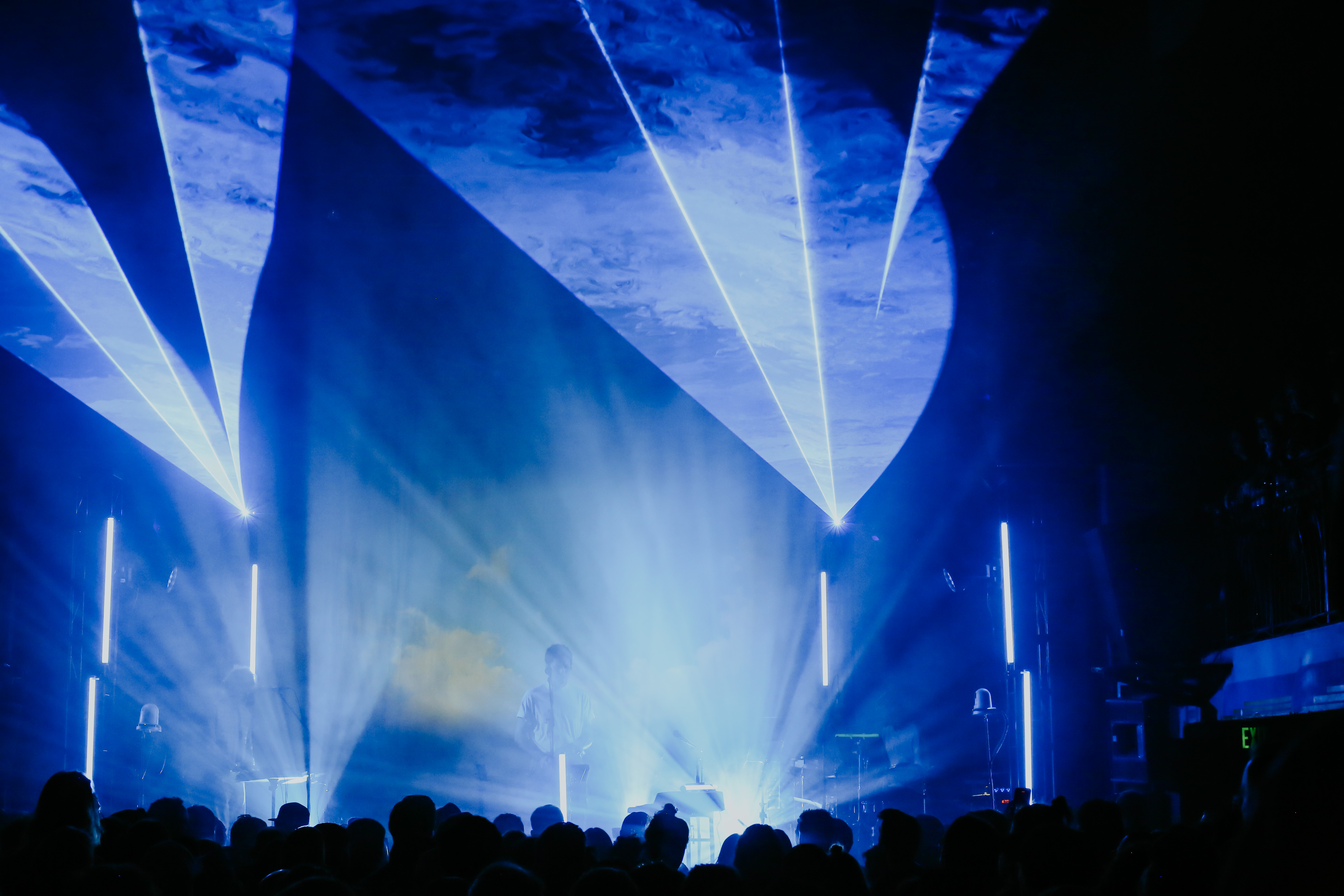 “This is the Purpose Noon tour. We’re playing a lot of new stuff but we’re playing some old ones too. This is one I think you might know.”

In response, the crowd was sent into a frenzy with the hit “Feel it All Around,” known by many as the insanely catchy theme to Portlandia. The energy was palpable with not a single body standing still. For those not dancing their face-off, a more dreamy position was assumed with eyes closed in delight. Despite the already animated current, Greene shouted, “We’re going to pick up the tempo a little bit,” and blasted the crowd with the dance track from Within and Without, “Amor Fati.” Audience members wore giddy grins as they bounced around, captured by the bright beams backlighting the stage. 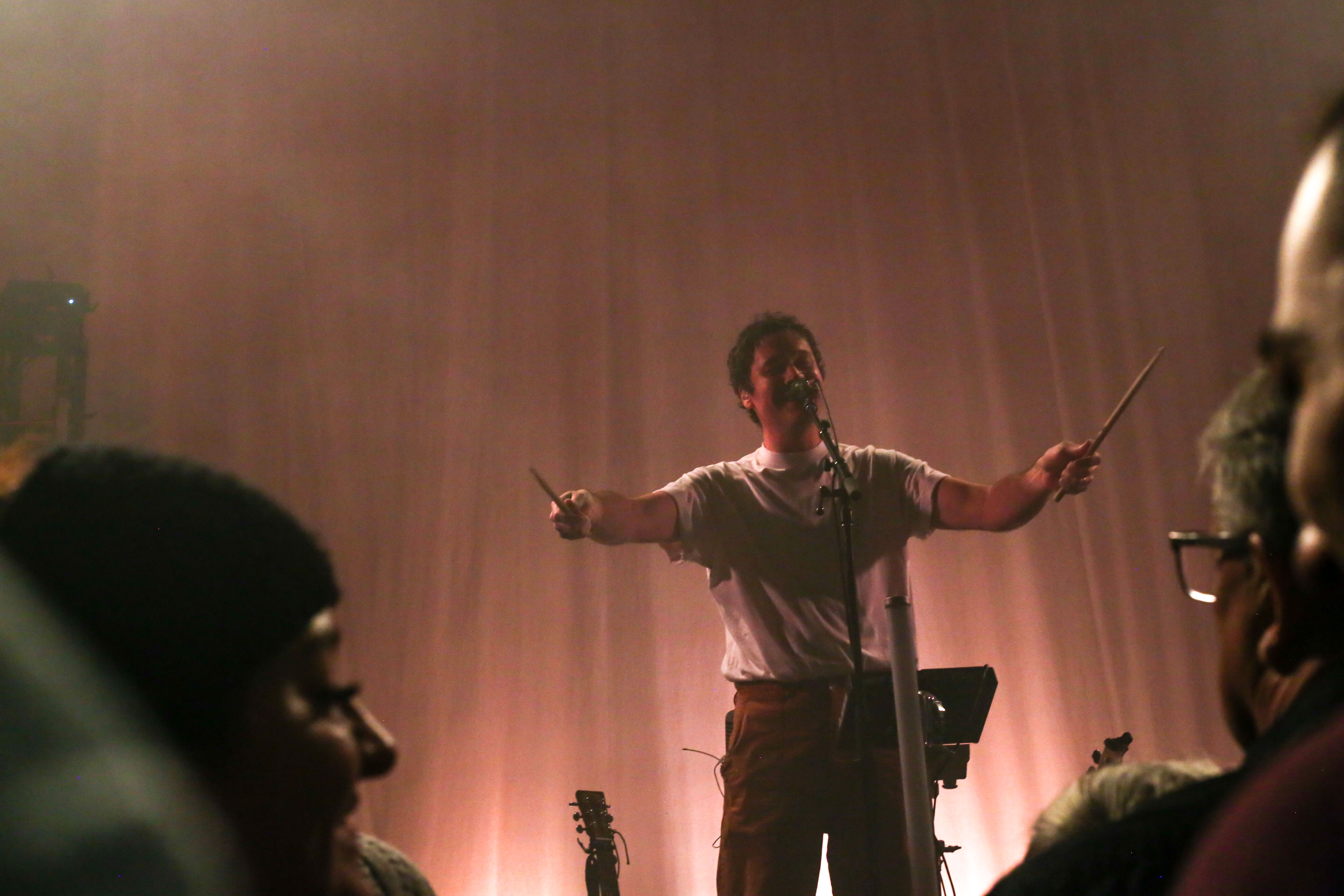 As quickly as the show was kicked off, the three-piece band scampered off stage. Shouts from the crowd begged for more and they re-entered for an extended version of “Get Lost” from Mister Mellow with the words “take a hit and get lost” emblazoned behind them. Knowing the end was near, the room held a sense of hopeful nostalgia. In the end, the show was rounded out with a classic from their 2011 album Eyes Be Closed. Greene tapped his drums sticks together, gazing out into the crowd with a huge smile, leaving everyone in sweet revelry.

All photography by Shelby Moeller