Some producers are just that — producers. Their names become recognizable, even commonplace, from the music they have created and put out into the world. They may know their way around a synthesizer and could probably operate Ableton in their sleep — but that doesn’t mean they know how to DJ.

That isn’t to assert that Washed Out is a bad musician or live performer at all. Maybe he is, maybe he isn’t. But the craft of DJing is different than performing a live set, far different than people tend to realize. “I thought this was going to be a live set,” one fan huffed during the show. A live performance is, for the most part, working with a set list of songs that they themselves have written or at least performed numerous times. Analyzing a great DJ set is far different.

What makes a good DJ? Some people would say track selection and leave it at that, but the issue is that “good track selection” is fairly subjective and will most likely differ from person to person. Not to mention, a superficial analysis based off track selection alone ignores the other elements that factor into a DJ set. The frequency of track changes, the transition between tracks and reading the crowd’s reception all carry weight in lifting a DJ set from “good” to “great.” 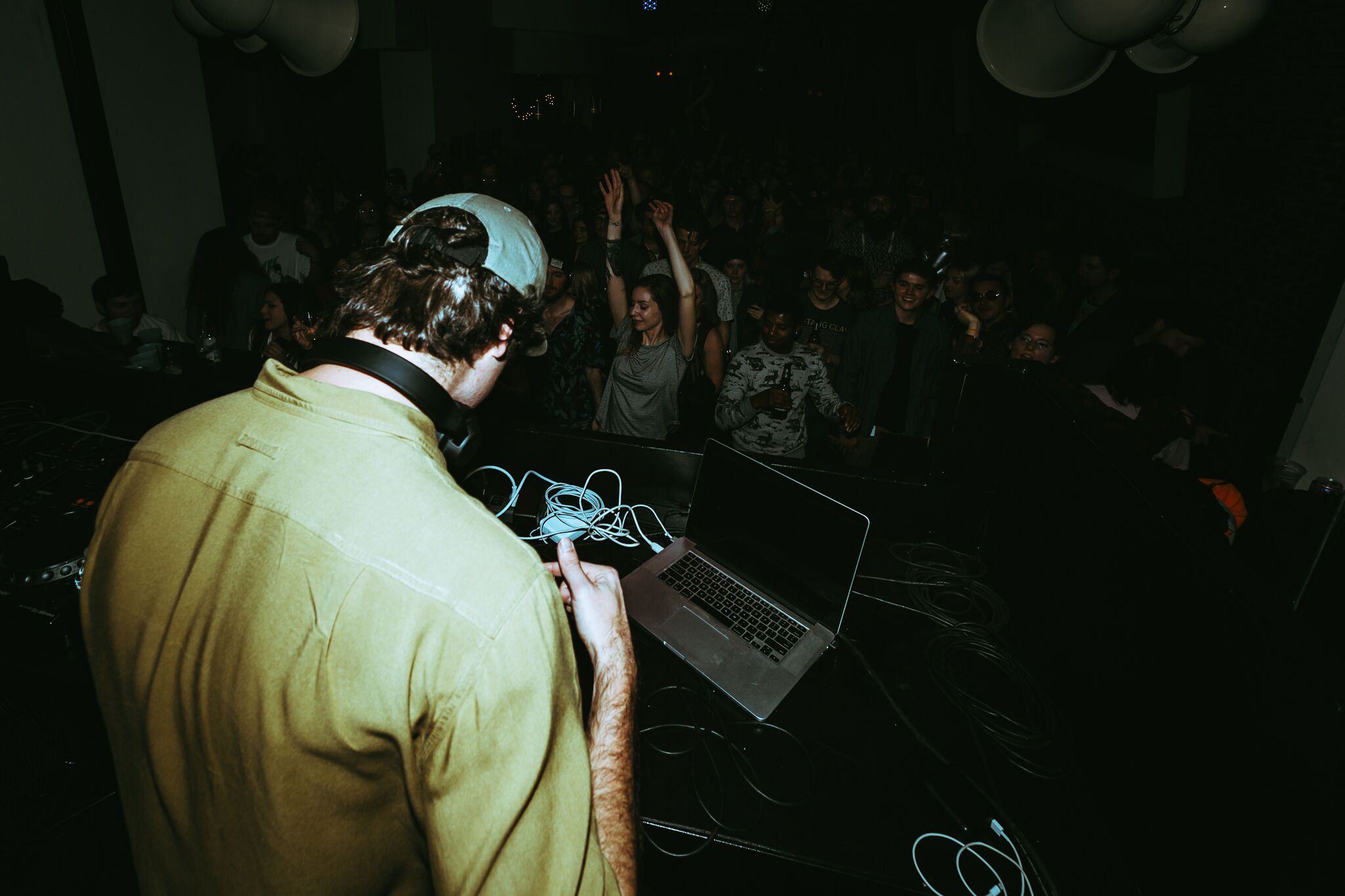 Washed Out DJing at Bar Standard

Washed Out kicked off his set with one of his own songs, setting the tone as a chill, laid-back mix. However, he quickly departed from the established tone and dove into a flurry of big-room electronic dance music (EDM) and trance. He disrupted the dance vibe occasionally with more hip-hop-leaning beats injected here and there. Though the tracks themselves were solid choices, the order he played them in felt jarring and inconsistent. Variety in a DJ set is healthy, but not necessarily when it comes at the expense of falling into a groove.

Then came the transition from song to song. They were smooth and Washed Out played it safe. A high-pass filter here, a delay effect there — it felt predictable at times, but he was able to pass them off. He would occasionally build a transition up only to mix into a song that felt lackluster following the build-up — a theme that persisted throughout the show. 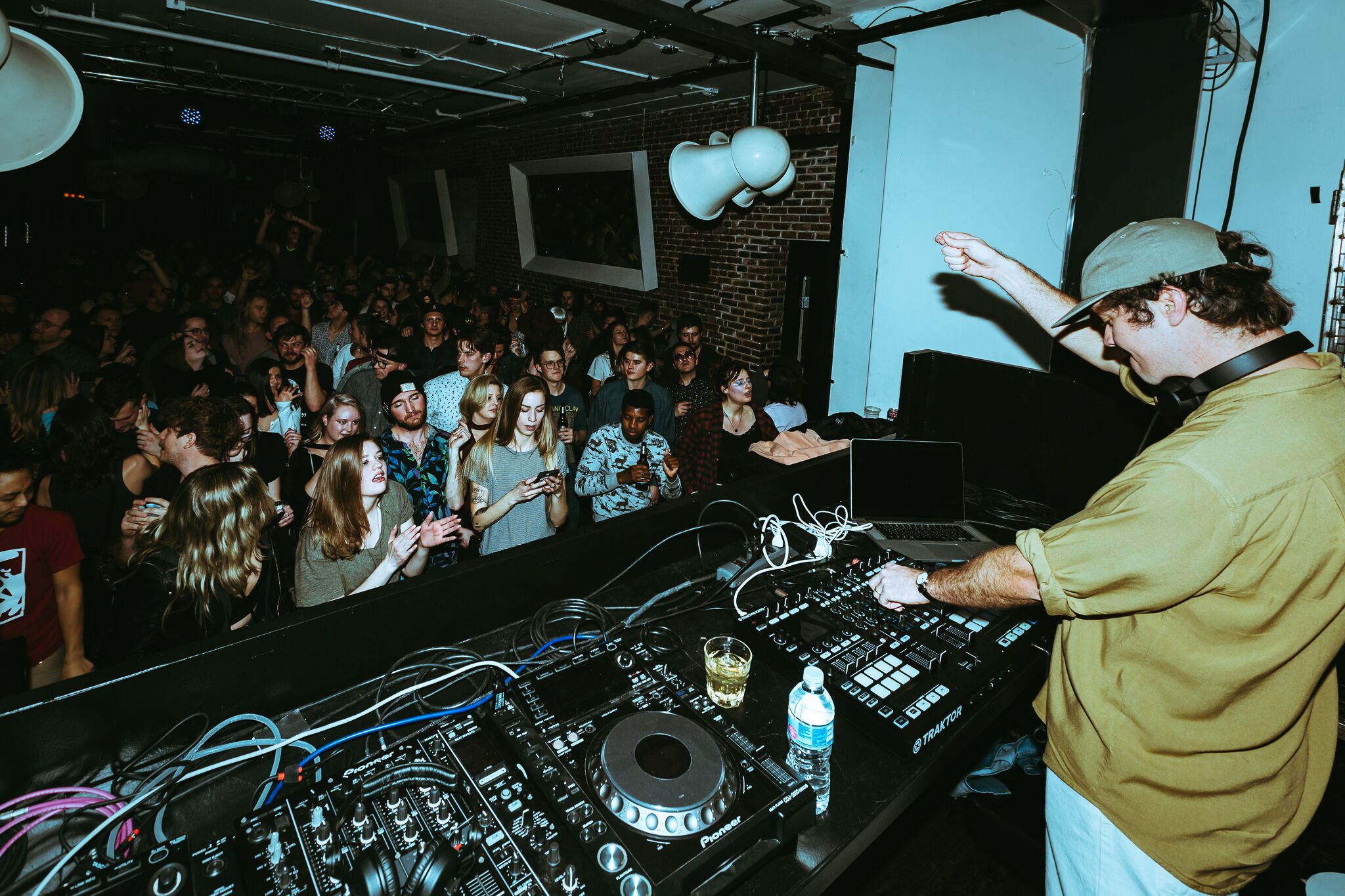 Washed Out DJing at Bar Standard

Bar Standard has a fairly large and open dancefloor. But what makes the space stand out from other bars around town is the unique placement of the DJ booth. It sits perched above the main atrium, yet situated behind the booth is another bar and more dancing room, meaning patrons have a nearly 360-degree view of the performing DJ. This creates less distance between dancer and DJ — an immersive experience organizations like Boiler Room have set out to create. But this type of set-up also draws back the mysterious curtains that shroud DJs and reveals perhaps more than the DJ would like. From the vantage point behind Washed Out, one could easily notice that though the artist performed on a four-channel Traktor controller, he only utilized two of the channels. Why spring for a four-channel controller when you plan on only using two? The only explanation can be chalked up to inexperience.

There’s a reason why artists like Mac Demarco and Alex G aren’t booking DJ gigs at Sonar or on Ibiza. If Denver wants to be taken seriously as a hub of nightlife and excellent club music, it would be in the city’s best interest to stop booking acts solely on the name alone. Just because a particular artist can deliver a fantastic and engaging live performance doesn’t mean that same energy will translate to a DJ set. On Wednesday night, that very issue came to fruition during Washed Out’s DJ set.