Musicians have been using in-ear monitors during performances for decades. When Mike Einziger, the guitarist of Incubus, began handing out radio packs to his friends for a VIP audio experience during his concerts, their feedback led him to co-found Mixhalo in 2016, along with his wife Ann Marie Calhoun.

“Mike thought, ‘why is it just the band members who get this pristine audio experience? Why can’t everyone in the audience have this audio experience as well?’” said the CEO of Mixhalo, John Vars.

But unlike radio packs, which won’t scale to a large audience, Mixhalo’s ultra-low latency technology brings audio directly from the soundboard through the app and into the listener’s ears, creating no lag time for thousands of users at the same time. With Mixhalo, “everything is in perfect sync,” according to Vars. 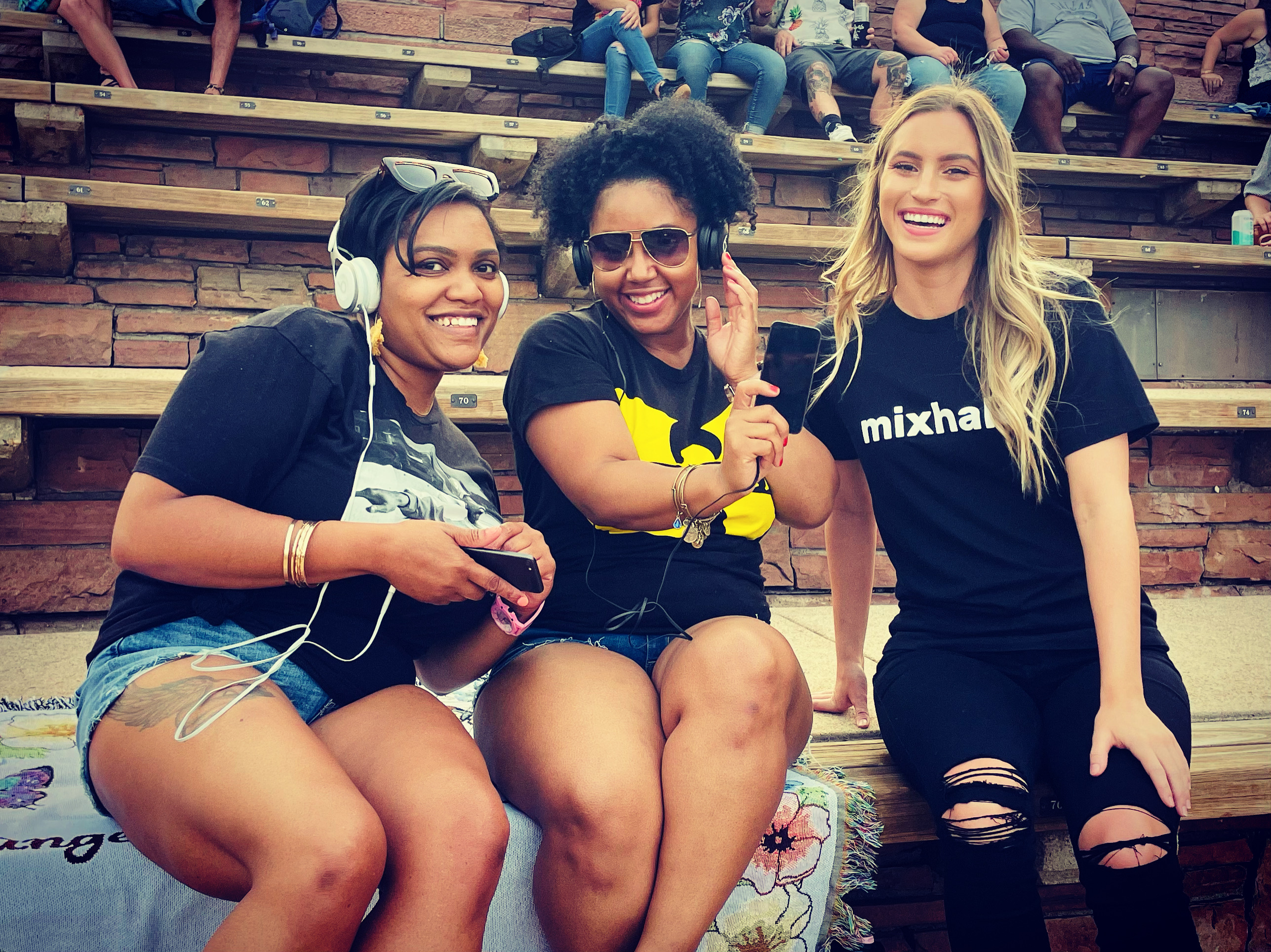 With Mixhalo, using the app during a concert helps the user feel more in the moment, Vars said. Just download the app, connect your headphones or AirPods and hit play for a high-quality listening experience at any show, in any section.

“No matter where you are in the venue, you’re getting front-row sound,” Vars said. “It actually changes people’s behavior to have this front-row behavior. If a person has Mixhalo, you’ll see them singing along and arms in the air, whereas the people next to them in the back row aren’t quite as into it, they might be on social media or looking around. It’s quite a strange phenomenon.” 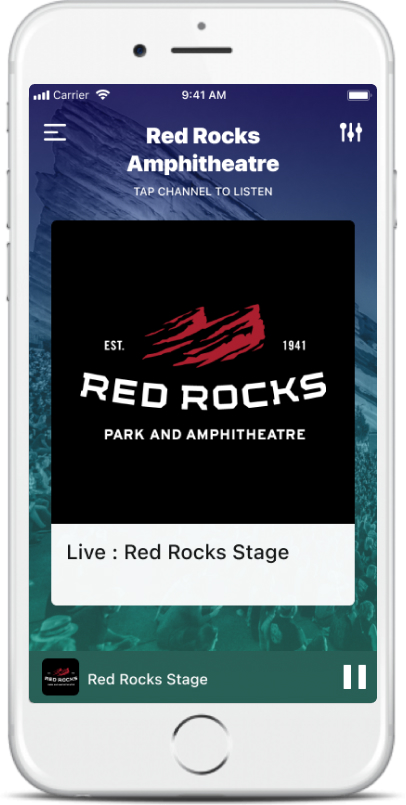 The company partnered with Red Rocks this past summer, offering anyone, at any section of the venue, to experience the concert audio as if they were at the front row. For those with a hearing disability, it enables users to control the volume and can be a more comforting experience for those who get overwhelmed in a high-energy environment.

The partnership was already in the works before the pandemic. “It’s one of the best amphitheaters in the world and we wanted to be a part of that. We thought it would be a great place to showcase Mixhalo [in Colorado].”

The company tried a pilot run last year and officially debuted its immersive listening experience to Red Rocks listeners this season. The company wants to eventually offer Yoga and Film on the Rocks as a listening option. Concerts aside, Vars and the Mixhalo team are looking to expand their footprint at sports events, museums, zoos, the military and other custom content. 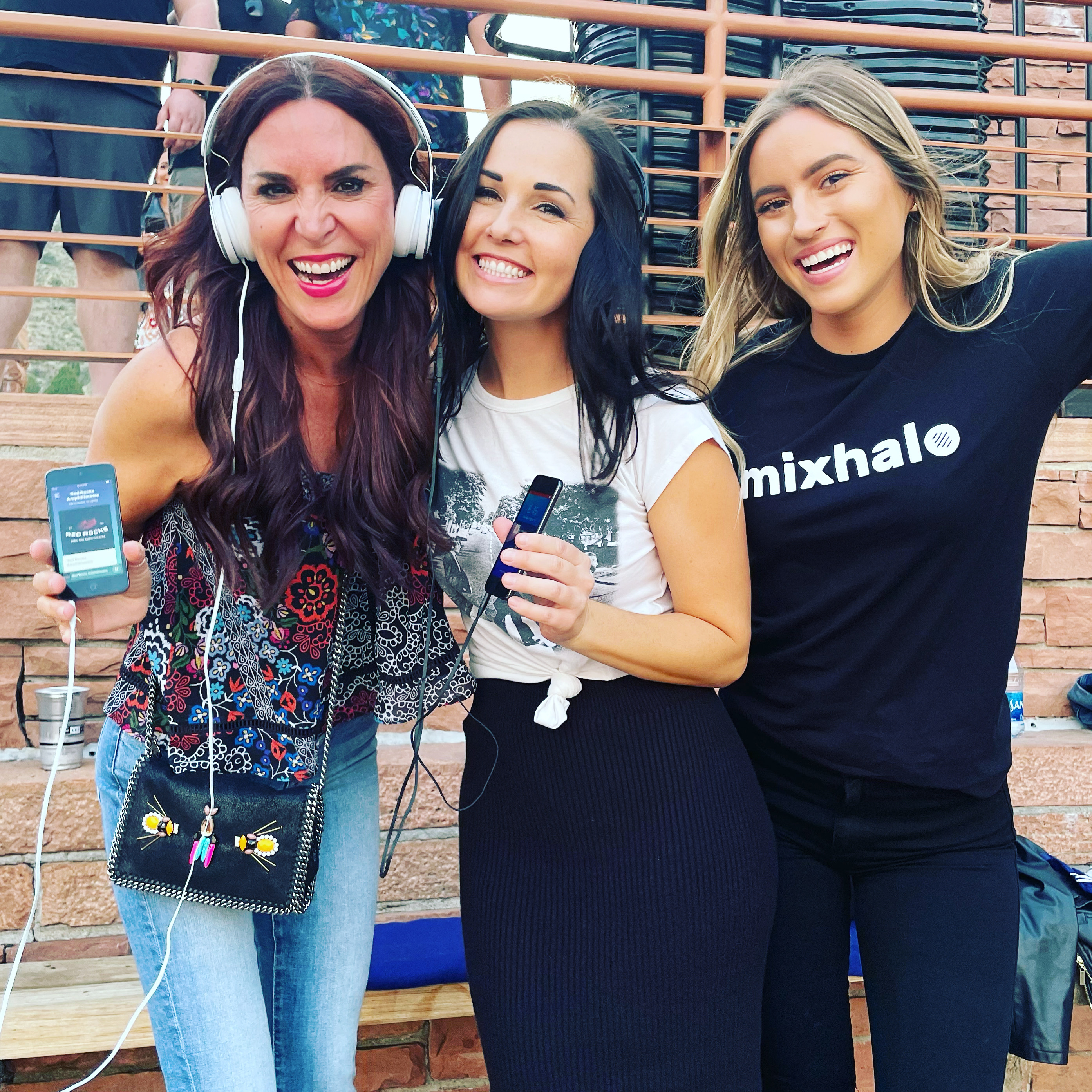 “When you think about the technology at a concert, it hasn’t changed since the 60s — we take these giant speakers and aim them at thousands of people, crank them up and blast them,” Vars said. Whether in the midsection or nosebleed seats, depending on the architecture or the environment of the venue, audio can vary and lag. “Mixhalo allows you to get that perfect sound directly from the soundboard and it’s pristine.”

One design tweak the brand is working on is full-venue coverage, so even if you have to run to the bathroom or for a refill, the immersive, front-row sound is still there.

“Our internal plan is to be at every venue in the world,” said Vars. “Things are moving pretty quick. This is an industry where things tend to snowball and we’re just starting.”

All photos courtesy of Mixhalo unless noted otherwise.