Summertime is coming to an end but Incubus at The Fillmore Friday night was the perfect wrap for those summer vibes. The band kicked off their “20 Years of Make Yourself and Beyond Tour,” in Denver, Friday and Saturday night – selling out both evenings. The tour focused on their 1999 album, Make Yourself, which earned high praise and continues to be a fan favorite.

Their show opened with Dub Trio – a diverse, rock-dub, fusion band from New York City. Meeting the basic requirements of all rock groups – with a drummer, a bassist and a guitarist, the voiceless band demanded attention from the audience when their instruments came to life. The band’s non-stop rippage and dominant strut of notes was as complex as it was creative. The musicians’ metal, punk and alternative jam session transitioned surprisingly well – switching from high-drifting guitar to down and dirty bass notes that rattled the chandeliers. The members kept conversation to a minimum and instead let their music make its point.

The intimate environment of The Fillmore was perfect for Incubus’ reminiscent feature presentation video, highlighting the band’s relationship to the Make Yourself album. Having released two albums before and several albums afterward, the band agrees that Make Yourself was the album that “Felt like the first time we found our identity as a band,” stated singer, Brandon Boyd from the film. The album release granted their first opportunity to travel internationally, so the show and the tour is a nod to where the album has taken them and who has followed along the way.

Despite releasing their latest EP, Into The Summer, the band hardly made any mention of new projects, strictly focusing on the album setlist. If you grew up loving this album, then the show was a dream come true. The outfit played the entire album with few changes to its original tracks. From funk to punk, the first to the second album of the band could be called experimentation, because it wasn’t until Make Yourself was released that the musicians found a balance in the band’s style. 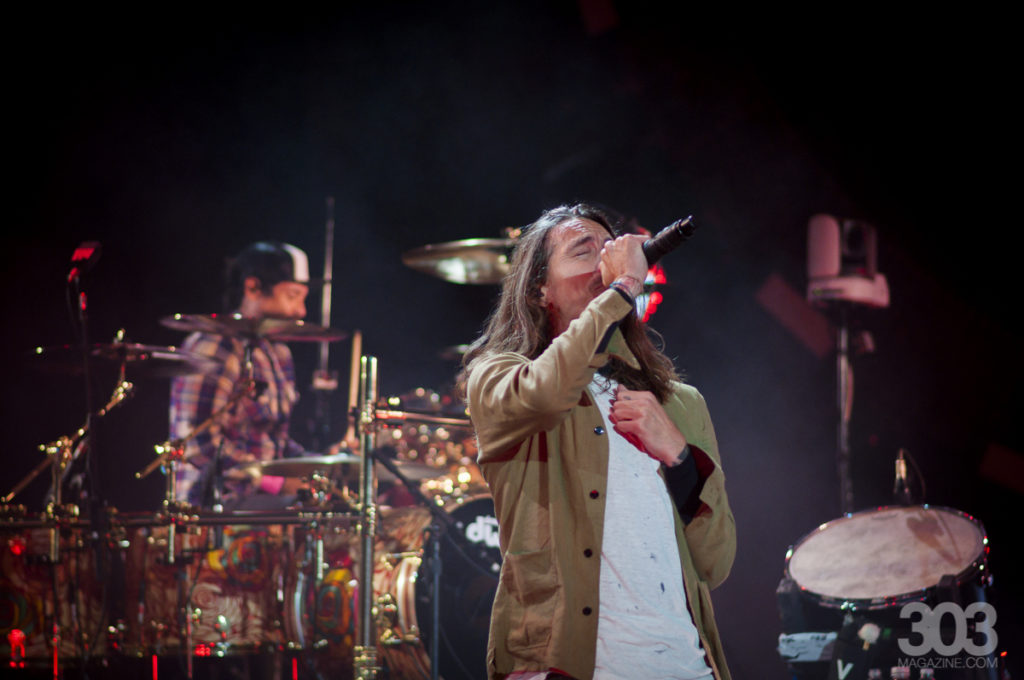 The strength of Make Yourself is in its collaborative usage of hip-hop and alternative rock elements and unlike other bands born in the ’90s that infused hip-hop and rock, Incubus’ Make Yourself is zen and more discreet. The beats and scratches from the turntable, courtesy of DJ Kilmore, never distracts the listener from Boyd’s carrying voice. The bass from Ben Kenney reminds us of the band’s funk influence while Jose Pasillas (drums) and Mike Einziger’s (guitar) roles showcase a more aggressive side to the band, with songs like, “Make Yourself” and “When It Comes.”

The show, of course, wasn’t predictable – the band remixed some of their classic songs, like, “Drive,” with The Cars version of the same titled song as well as Wu-Tang Clan’s, “C.R.E.A.M.,” combined with, “Are You In?” from Morning View. The band’s encore of “Anna Molly,” and, “Wish You Were Here,” was the perfect ending to their setlist, reminding the crowd of why they still love this band.