A Golden Globe and Emmy-winning actor and director, Ansari is best known for co-creating, writing and staring in the Netflix series “Master of None,” as well as his beloved role on “Parks and Recreation.” He is also known for his Netflix comedy specials “Buried Alive” and “Right Now.” His 2015 special “Aziz Ansari: Live at Madison Square Garden” made him one of the few comedians to ever sell out Madison Square Garden.

Aziz Ansari will perform at the Paramount Theatre on January 15, 2022 with shows at 7 p.m. and 9:30 p.m. Find more information and purchase tickets here. Health and safety guidelines for the show can be found here.

READ: 13 Comedy Shows To Check Out in Denver This Month 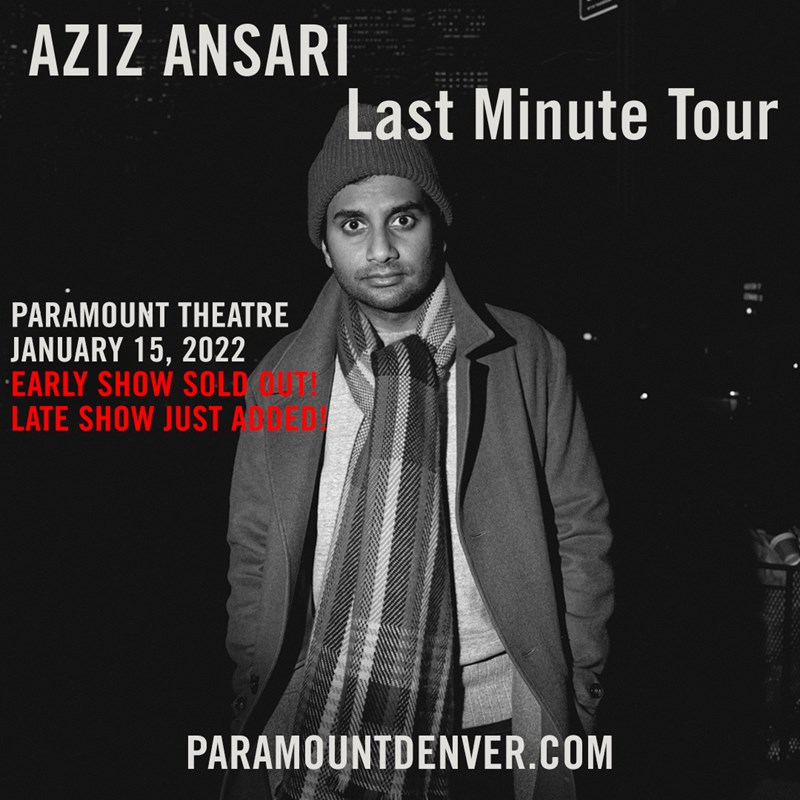