Since August of 2020, Nick Maxfield has been the unofficial mayor of Commons Park. Every Saturday and Sunday, you know exactly where to find him — cheerfully chatting with locals, posing for photos with the neighborhood dogs and greeting passersby with the most friendly “good morning” you’ll ever hear. But just as recognizable as his personality is his product — serving the Denver locals the most unique cup of coffee you’ve ever had. 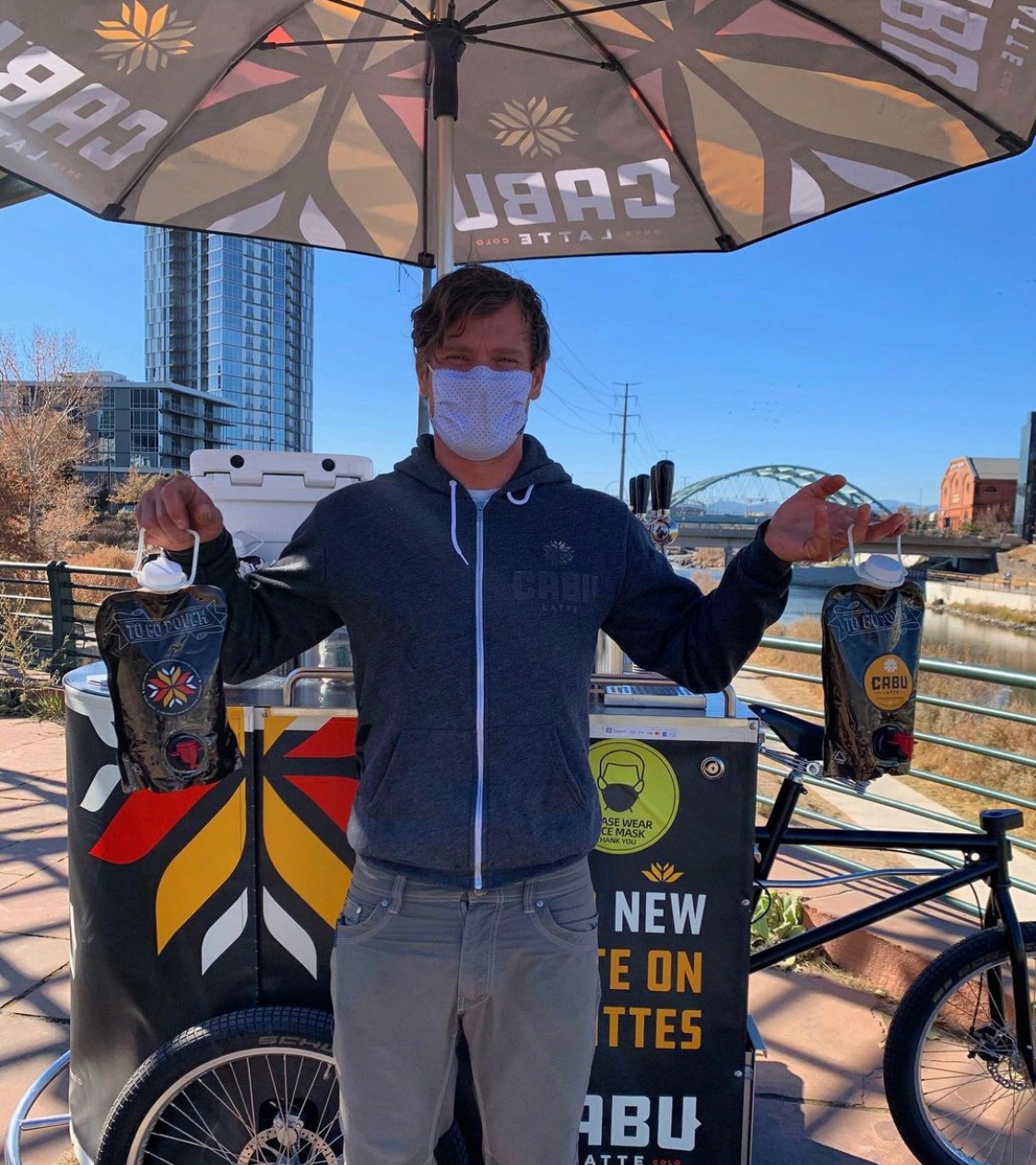 Cabu Latte is far from your average (cup of) joe. Served directly on tap, the Denver staple coffee cart offers “coffee reimagined” — a pre-made, creamy cup of cold brew filled with superfood ingredients and a chocolate-y taste unlike any other.

“We do something a little bit different,” said Maxfield. “This is a cold brew latte — it’s made with a dark, nutty cold brew coffee and we blend it with cacao, dates, vanilla and a little bit of pink salt. There’s no soy, dairy, nuts, oat milk, coconut or milk of any kind. The reason it’s creamy is because the fatty part of the chocolate bean is called cocoa butter.”

Filled with omegas, healthy fats from the cacao butter and antioxidants from the dates, Cabu offers Denver locals a healthy, creamy alternative to the normal latte. But beyond the health benefits, Maxfield credits his success to the uniqueness of the product.

“Our big thing is that it’s different. One of the most frequent responses we get is ‘I’ve never had anything like this.’ That is what we are building our house on,” said Maxfield.

But while Maxfield and his team have seemed to perfect the recipe down to a tee, it was a long journey to get there.

“It was something I had been tinkering with for about five years,” said Maxfield. “It started off as just something fun I was making for myself when I realized cocoa butter and coffee go really well together. I wondered if I could make it stick together in the fridge overnight.”

Serving it to friends and family out of his Vitamix, Maxfield realized he had created something special — a cup of coffee unlike anything anyone had ever had. After years of perfecting the recipe, he and his family finally decided to take the leap and launch Cabu Latte in August of 2020. 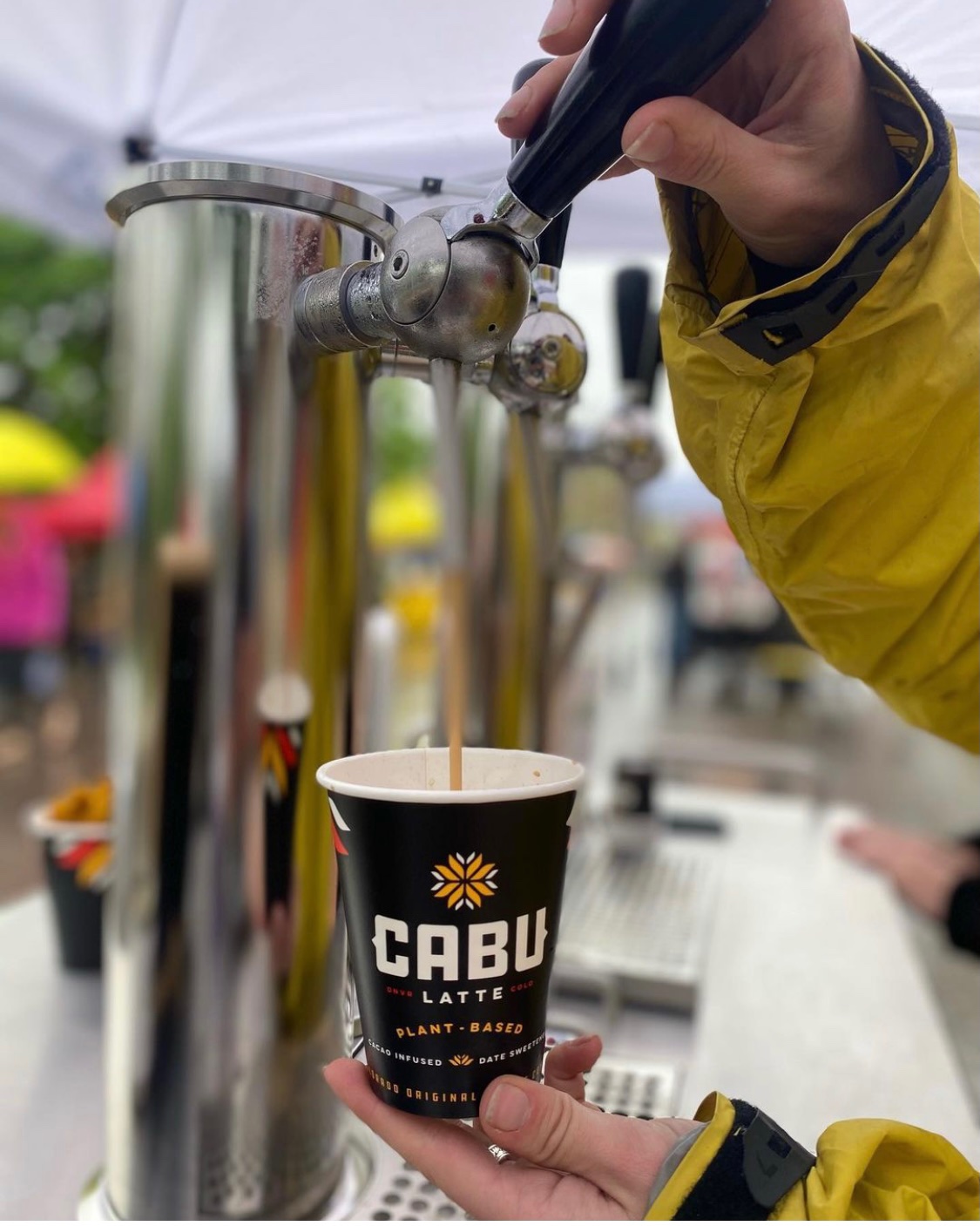 “We decided to get really gritty and make this in a commercial kitchen ourselves. We wanted to serve directly on tap, face to face with consumers,” explained Maxfield. “It’s been a blessing in disguise because we get to directly experience not only what people think of the beverage, but how they respond to the way we present our brand.”

After months of scouring Denver for the perfect location to launch, Cabu locked down what just might be the perfect location for a coffee cart. Nestled in Commons Park just before the pedestrian bridge, Maxfield slings coffee every Saturday and Sunday morning throughout the spring and summer. Most notable, however, is the machine he uses to do so.

“Once we had the Commons Park spot locked down we thought, ‘What is the coolest possible way to present our product to people?’” explained Maxfield. “We found this company in the UK called Velopresso that makes espresso tricycles … They designed our bikes specifically for us to serve on tap.”

READ: 9 Places To Get Iced Coffee and Tea in Denver this Summer 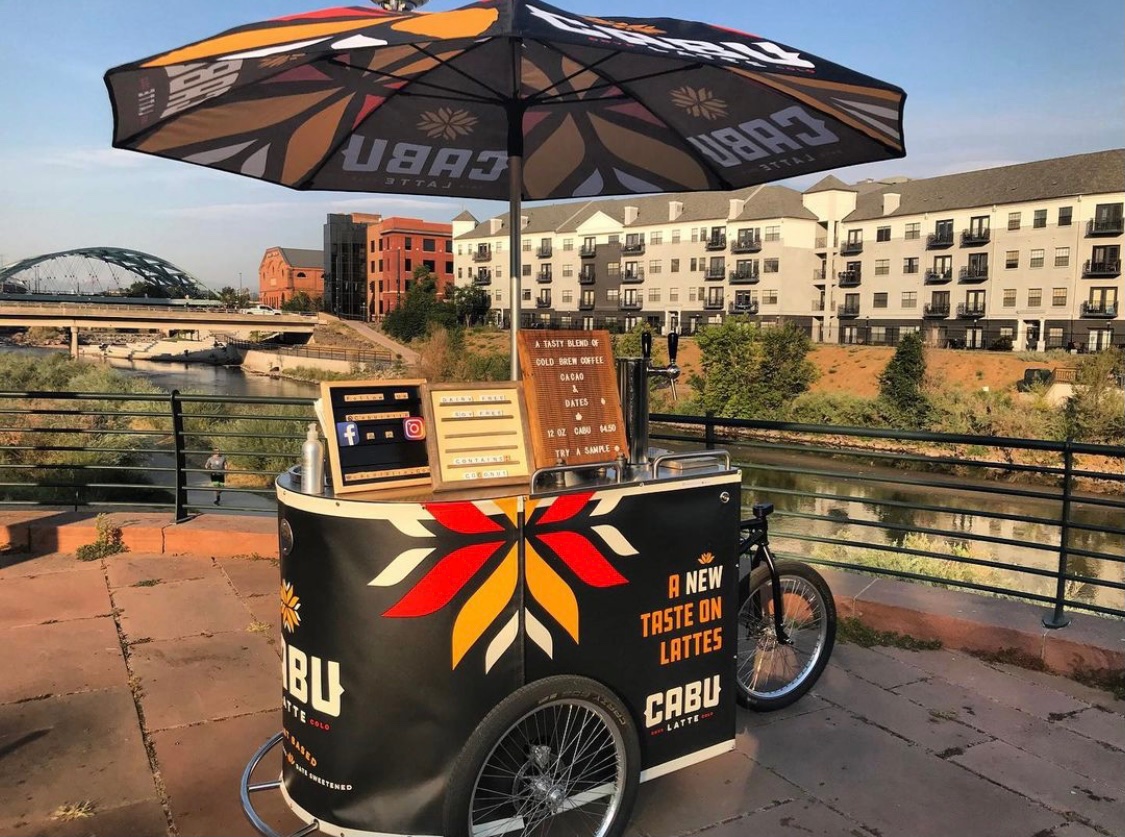 An intricate cooling system hidden within the cart, their trike offers customers a fun and unique way to get their daily caffeine fix, and has become a staple in the Denver community. At the heart of its popularity, however, is Maxfield. A smile on his face in Commons each morning, he has seemingly established a friendship with the entire neighborhood.

“It’s been very special. We launched on August 13 of 2020, the teeth of the pandemic. We got to meet everybody in the neighborhood. A lot of the people who come back are the people I met on opening day,” explained Maxfield. “It’s rewarding. The interactions and relationships and people bringing their family and friends – that’s the gold star above everything.”

While Maxfield charges the Commons Park location, his team has made appearances all around Denver. From farmer’s markets to Yoga on the Rocks, the latte has been made its way all around Colorado and is quickly becoming a local favorite. 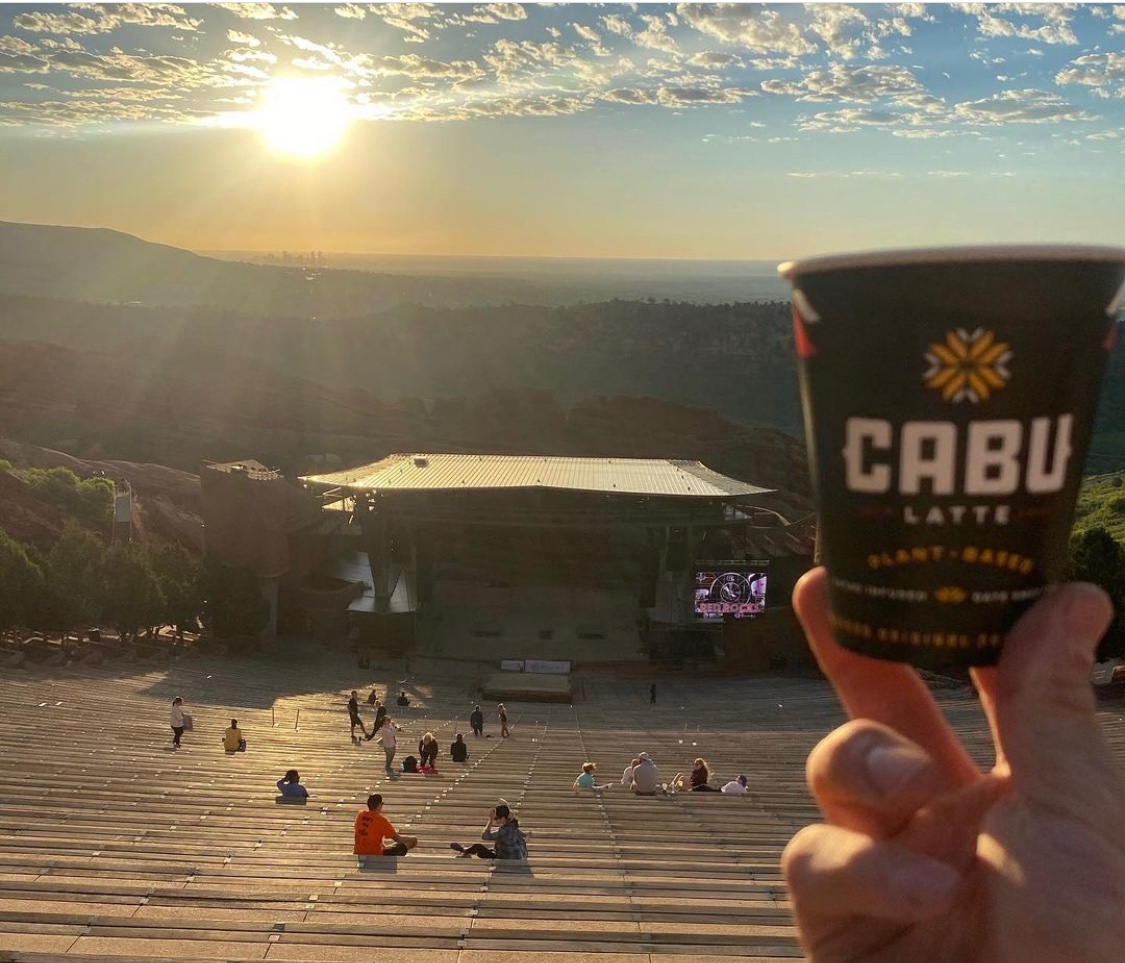 While the Cabu hype is rapidly spreading around Denver, your time to try the infamous latte this season is running short. Closing for the season on October 31st, the cart will not be making its return to Commons until later this spring. Maxfield hopes to use the upcoming winter months to expand the business, searching for new spots to set up his carts around Denver.

As the coffee season comes to a close, Maxfield has one message for the Denver community: thank you.

“We don’t exist without people embracing us. We feel like we have been carried by our community here. The pandemic has been tough for everyone – and to have people embrace us the way they have has been awesome. Every cup that we sell matters,” said Maxfield.

Cabu Latte serves cold brew-style coffee made from cocoa, dates, vanilla and pink salt. Their coffee trike can be found in Commons Park until October 31st and will return this spring. To learn more about their product and events check out their website or follow them on Instagram.