Amy Over was a high school senior at Columbine High School in 1999 when the infamous Columbine massacre occurred. Resulting in 15 deaths and 24 injuries, Columbine was the deadliest school shooting in United States history at the time. Over is now the host of Confronting Columbine, the second season of Wondery’s Confronting podcast. The first season dives into the controversial O.J. Simpson trial, while the second focuses on exploring multiple different aspects and viewpoints of what happened at Columbine. Over tells her own story before interviewing survivors, an FBI profiler, a SWAT team member and others who were directly affected by the shooting.

Over also works for The Rebels Project, an organization founded by a group of Columbine survivors that provides support for mass shooting and trauma victims. She moved out of Littleton after Columbine but stayed close to the area in Parker, where she still lives. Though the podcast deals with extremely heavy topics, there are also moments of laughter and lightness. It shows what a truly human experience recovery can be. Confronting Columbine premiered in May 2021 — all 10 episodes are now available wherever you get your podcasts.

“Rebel,” the first episode of Confronting Columbine, features Over recounting her own experience of the day. “I thought I was kind of done sharing my story,” she said. But after Wondery asked her to host the podcast, she realized there might be a deeper purpose. “When I dove into this, it wasn’t so much about me and my story,” she added. “I got to share other peoples’ and other survivors’ stories, and there were also a few things that I kind of needed in my healing journey.” These healing steps included finding out if she was on an infamous “hit list” — a list of students the shooters intended to target. She also felt like it was important to talk with Kate Battan, the lead investigator on the case.

“I want people never to forget Columbine,” Over said. “It wasn’t the first mass shooting, but it was just such a watershed moment in history.” For Over and the Confronting team, it was important to focus less on the shooters — making sure to acknowledge the victims and survivors more — while still discussing all facets of the case. “We worked really hard on making sure that we were sensitive to topics and not focusing on the perpetrators, trying not the say their names,” she said.

“I think it’s really important for people to know that there are survivors still to this day that are struggling, and it’s not going away,” she added. “When you go through a mass shooting, it’s a lifelong marathon of ups and downs and now that a lot of us are parents, we’re struggling with sending our kids to school and things like that. I think this podcast really sheds light on what it’s like to be a survivor, and that it’s okay to not be okay.”

The Rebels Project was founded by Columbine survivors after the 2012 mass shooting at an Aurora movie theater. “We help with mental health services for survivors across the country, and we’re in over 120 communities across the world. We have a survivors gathering every year and we’re having one in June of 2022,” Over said. “We’re all about connectivity and connecting with the survivor community,” she added. 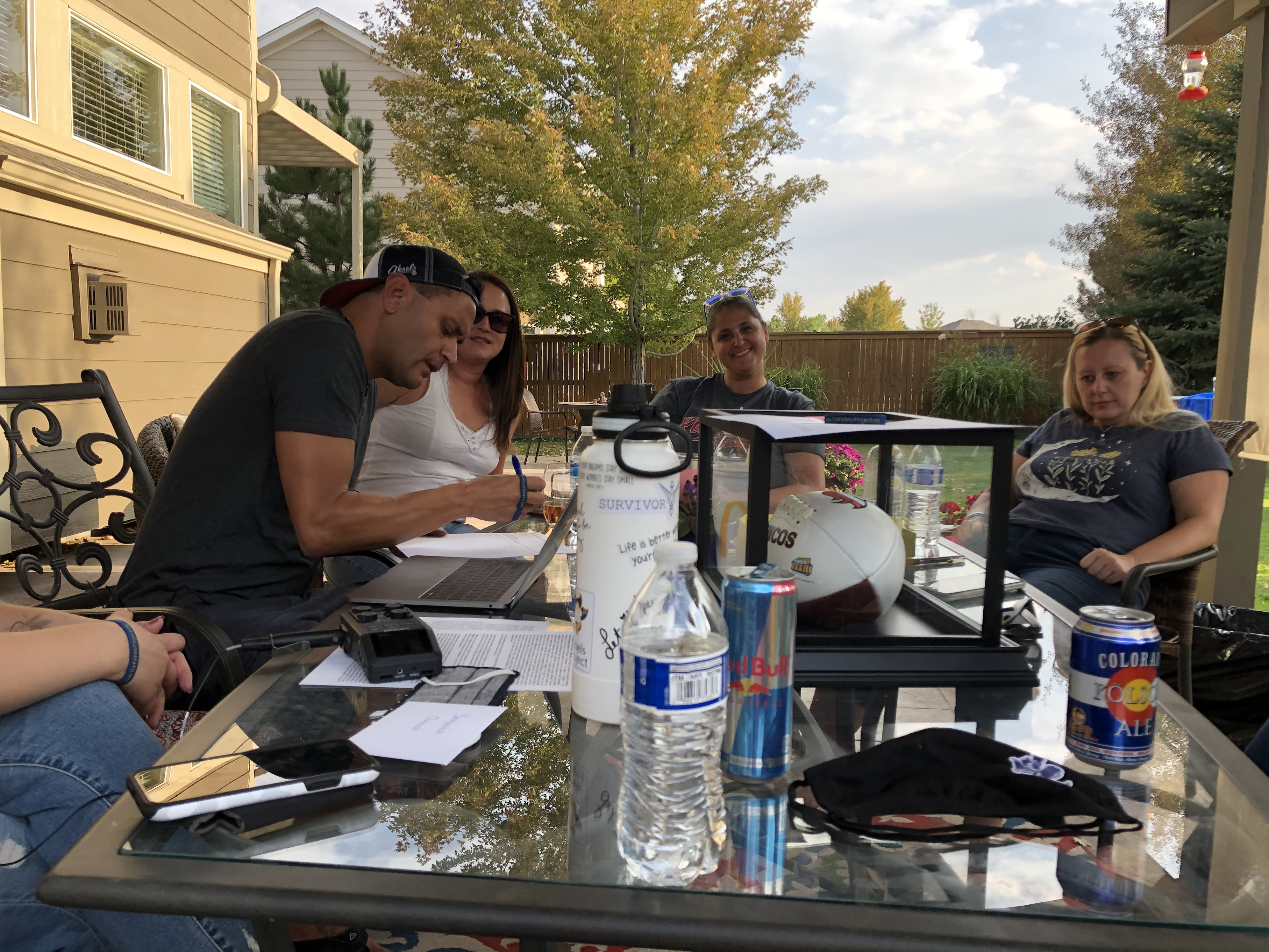 Part of Confronting Columbine explains that the privacy of the survivors, their families and the families of the victims were compromised after the shootings, with press disregarding their trauma to get interviews and information. “We have a private Facebook page and other platforms that survivors can use to talk and connect with each other. No media is involved and it’s a very, very private group,” Over said. “After Columbine, our privacy was encroached on. So now we’re really conscientious about making sure that everyone’s privacy is of the utmost importance, and that survivors feel like they aren’t being exploited.”

Over also discusses suicide in the podcast, especially in relation to mass shootings and trauma. She felt like Greg Barnes, a Columbine survivor who took his life a year after the shooting, should be mentioned. “Greg’s death, you know, was a result of trauma,” Over said. “He was struggling so badly with his grief and his trauma that he ended his life — and it was tragic.” Over also received a letter from Sue Klebold, the mother of one of the perpetrators. After her son committed suicide at the culmination of the shooting, Klebold dedicated her life to mental health awareness, research and suicide prevention and wrote a book on the topic, A Mother’s Reckoning. “It’s ever been in my healing process to ever seek forgiveness for the perpetrators,” Over said. “It was interesting to get a letter from Sue Klebold, though. That did bring some peace to me.” 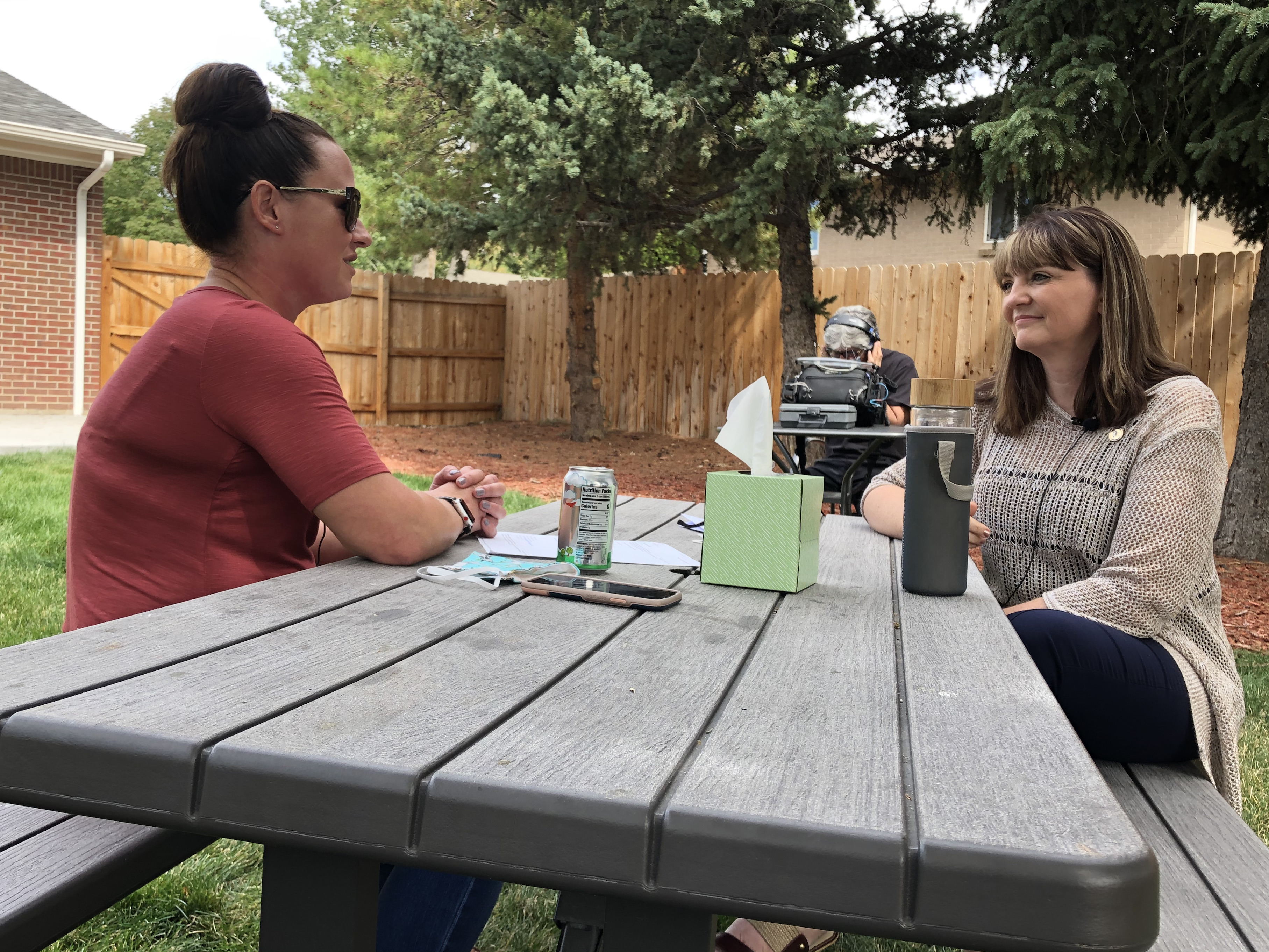 Over says that a highlight of working with Confronting has been hearing from listeners. “You know, I’ve had some wacky, angry messages, which is always a given,” she said. “But I would say 99% of the messages I’ve received have been so loving and heartfelt. It really has changed my life because people are telling me that my podcast has changed theirs.”

“I had one the other day from an ER nurse. She said that she’s been struggling with PTSD and she said that she’s finally able to be not okay. And now, by listening to the podcast, she’s going to go get help, and that really resonates with me. I’ve gotten stuff from all over the world, people from Australia and the UK and everywhere just saying ‘thank you.’ Thank you for opening my eyes, for teaching me things I didn’t know, or for being so open and honest,” she added. Over hopes that people will at least give it a listen. “I would just love for people who haven’t heard of Confronting Columbine to check it out. It’ll give you all the feels.” 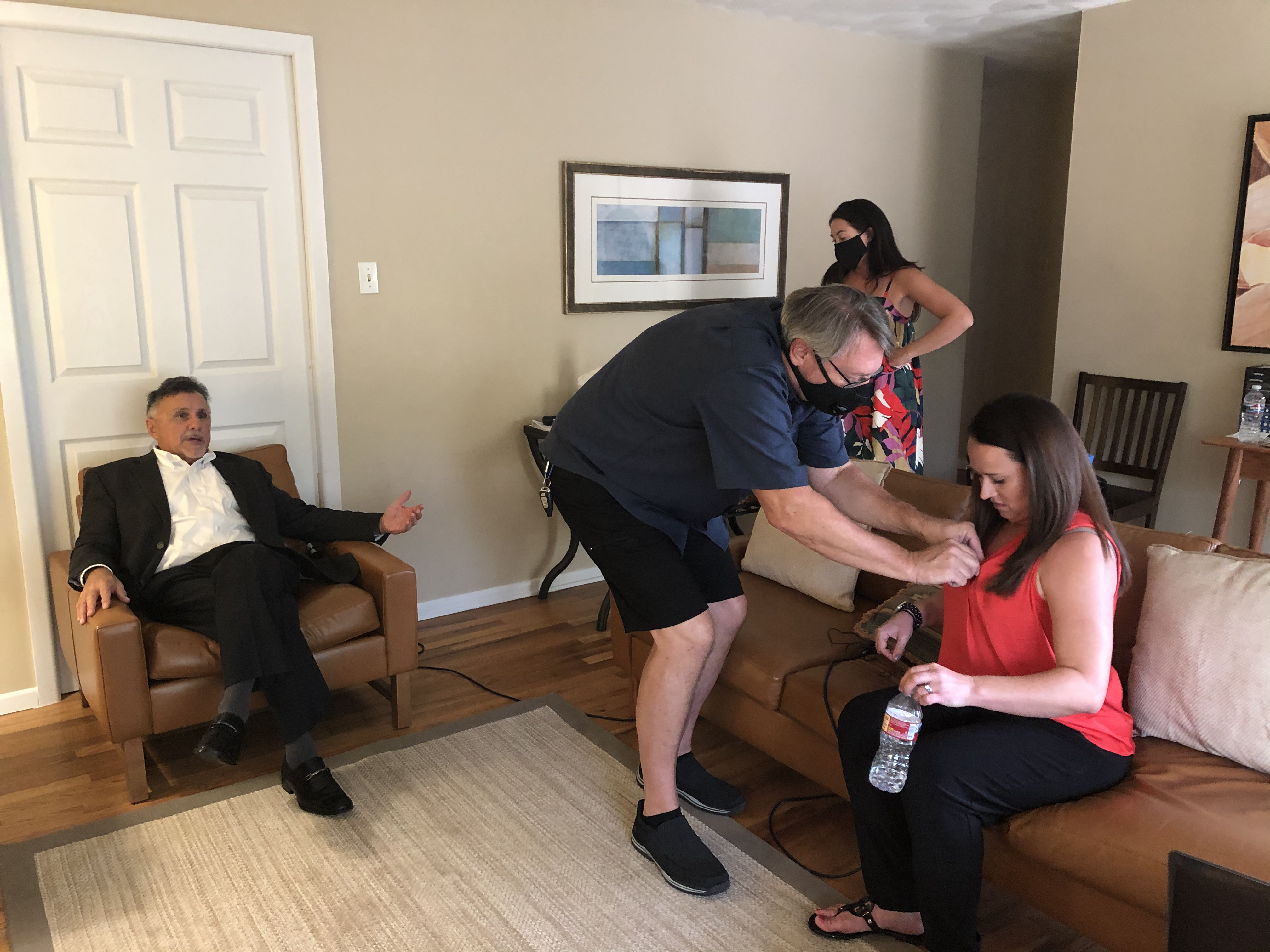 Over preparing to interview Frank DeAngelis, who was principal of Columbine at the time of the shooting. Photo courtesy of Carrie Hartman.

If you or someone you know is struggling from the aftereffects of a mass shooting or trauma, check out the resources offered by The Rebels Project.  Please take care while listening to this podcast that deals with delicate subjects.  For a complete list of mental health resources in the Denver area, check out this 303 roundup.