A pit master has flocked to Denver to show what a true smoker can deliver. Aaron Gonerway’s enchantment with the art of slow cooking is emerging into a new barbecue spot in Aurora. From a pandemic passion project to finding a brick and mortar location, Gonerway’s Plates By The Pound BBQ is preparing to dish out on its opening day — this Saturday, September 18.

Unsurprisingly growing up in Texas meant slinging servings of barbecue was a typical meal in the Gonerway household. Gonerway says his family line was rooted in the tradition of barbecue since his youngest days.

“Honestly, I was so young I didn’t know what I was eating but I knew it was something special,” Gonerway said, referring to the rich brisket dripping in its own juices, the snap of a sausage casing and the tender pulled pork his Uncle Glen served him as a child. 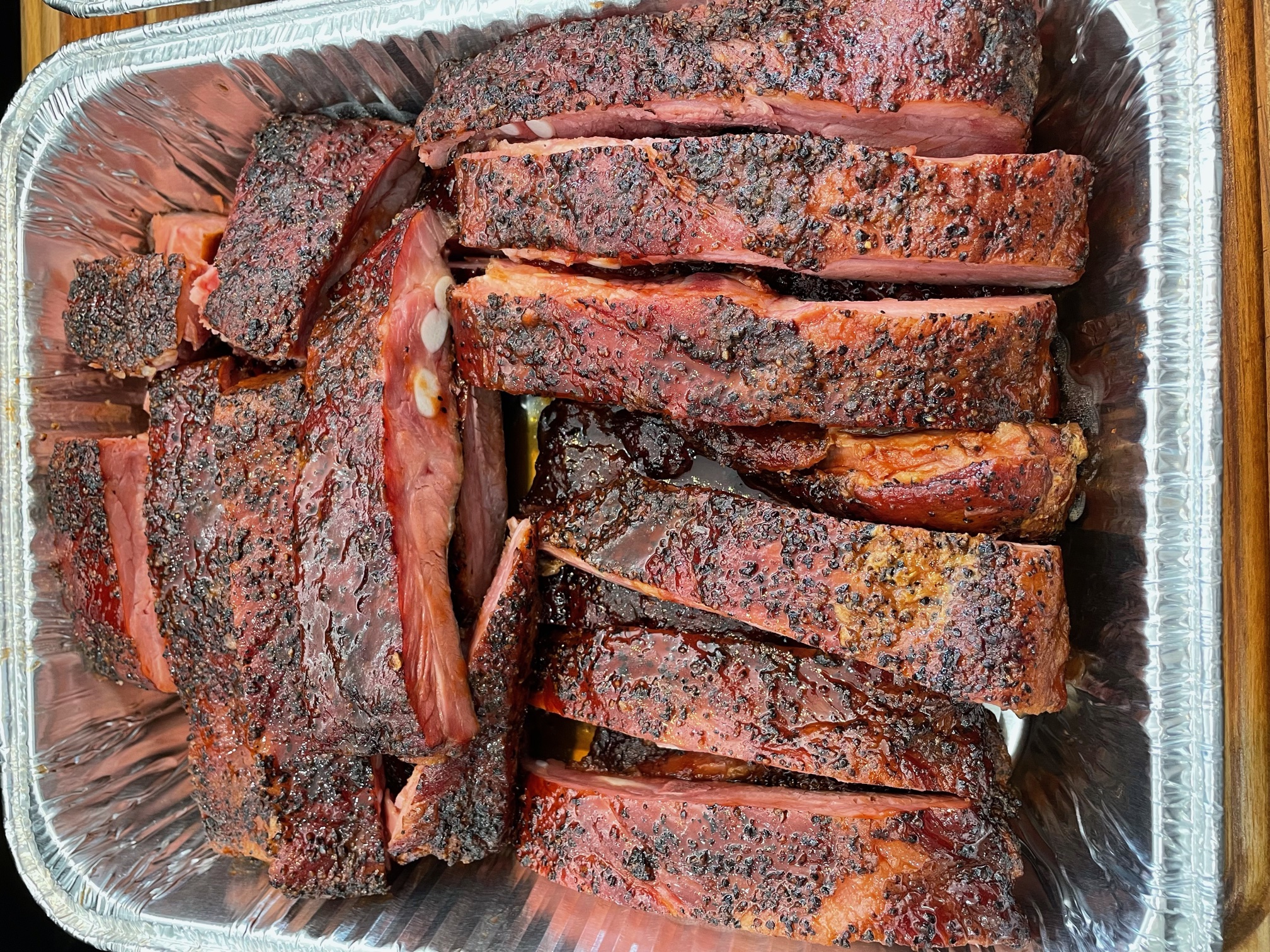 Gonerway saw the whole process growing up on a farm — one day a cattle grazed and the next addictively crispy burnt ends were sitting on a plate. The work of time and a flame fascinated him enough to begin working on his own craft.

His Uncle Glen honored tradition with taste, touch and feel as the guide to good meat. Gonerway upheld this as he started to make barbecue for his own family by leaving thermometers for other matters. It’s a cooking style with soul.

But his barbecuing stayed in the comforts of his house while he and his wife worked at the Arapahoe Fairgrounds. Then as COVID-19 began to cancel events, daily dinner conversations turned to Gonerway’s goal to be an entrepreneur. Interestingly, his wife Sherrita brought up the idea to open a barbecuing business. Gonerway gave a look of uncertainty thinking it wouldn’t take off, yet they still planned their first pop-up.

It took one big Costco haul, over 12 hours of barbecuing, 25 plates served but the result was endless text messages of affirmation. A friend kindly requested the pop-up turn into a weekly special — Gonerway happily obliged. With 40 to 50 orders going out, every Saturday his driveway transformed into a drive-through. The operation amazed Gonerway, his family and the neighborhood. Thus the time came for expansion.

Nearby the Stanley Market on Montview, the smoke clouds will rise from Plates by the Pound BBQ starting this Saturday from 11 a.m. until sold out. 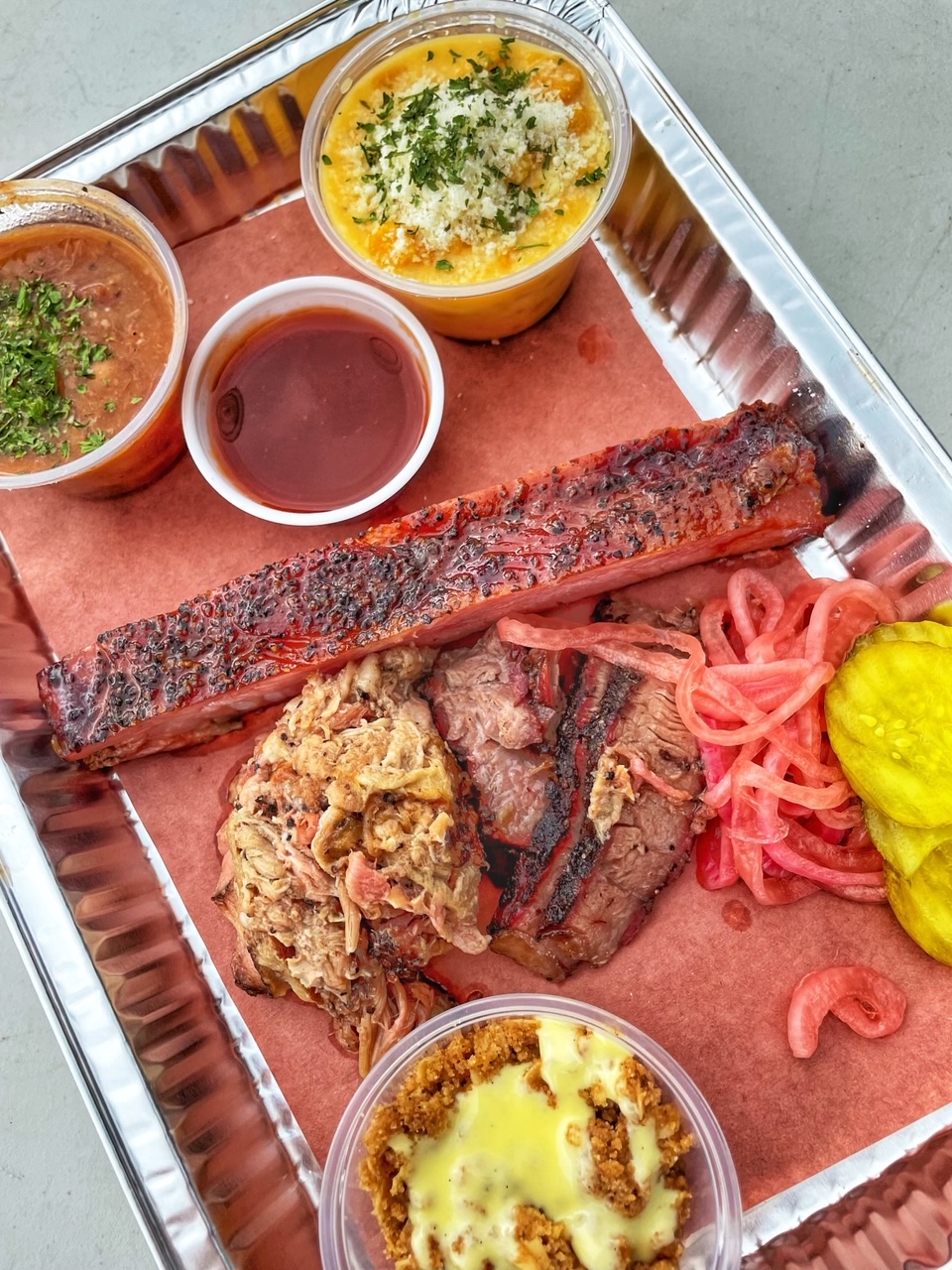 If it’s not the crackling wood burning that will get people’s attention, it’ll be the campfire perfume Gonerway wears from tending to his smoker for hours on end. Traditionally, the holy trinity of cooking is carrot, onion and celery. For Gonerway, it’s post oak, hickey and mesquite. It defines his craft and he chuckles as he gets to wear his favorite scent with pride. That, or the giddiness that radiates from Gonerway when he talks barbecue — he’ll bond with anyone over barbecue.

Similar to other entrepreneurs, the goal of owning a business is always in sight. But slashing away days on the calendar as opening day inches closer comes with every emotion, and it’s not just happiness. It brings back feelings of Gonerway’s first pop-up — praying that a theoretical sea of text messages affirm his skill as they did before.

But this time, he’s not alone. The pit is his project but his wife — the honorary taste tester — will manage front of house. Gonerway has the salt, so D Bar pastry chef Avery Jones brings the sugar to sweeten the meal. However, long-time fans can be assured Gonerway’s gooey home-style bread pudding will make the rotating menu soon again.

Menu regulars include smoked beef, pulled pork, chicken quarters and homemade sausage. These are supplemented by ever-changing sides and funky meats that make the cut. Gonerway knows if done right, anything can get kissed by a bit of smoke. His uncle proved that with barbecued rabbit and whole hogs. 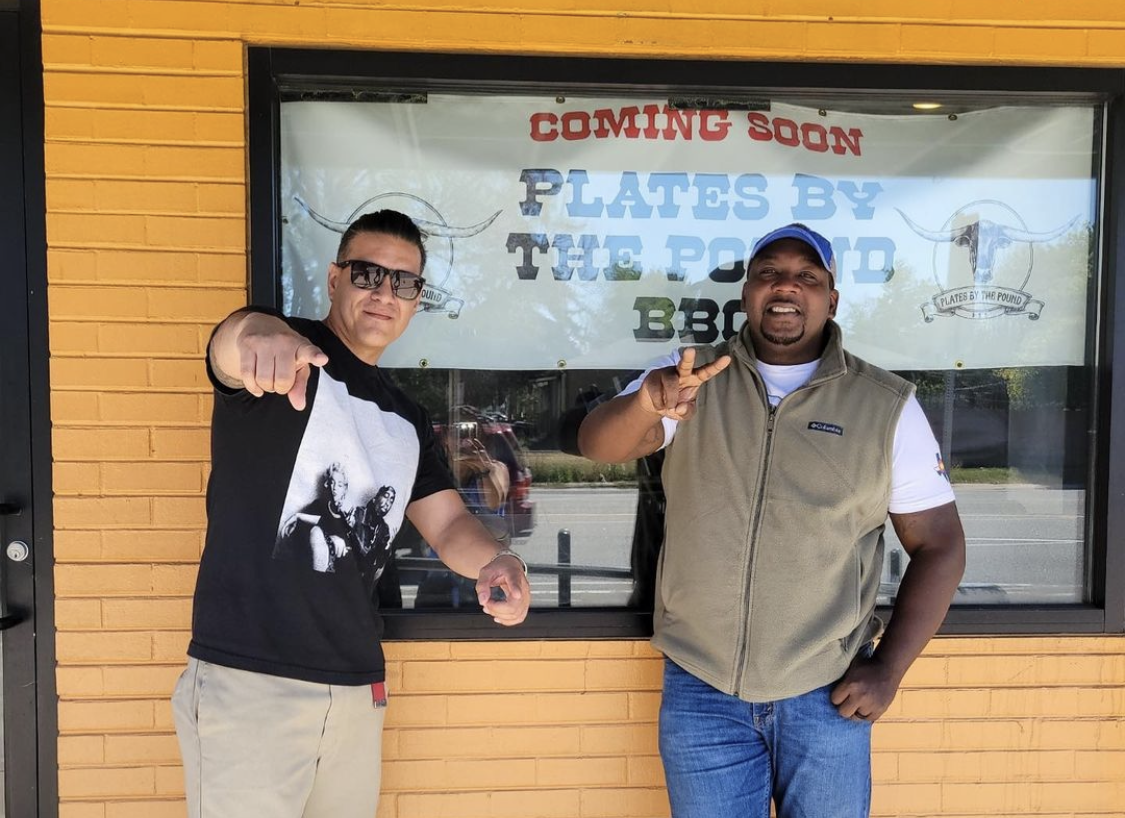 The southern charm that comes with barbecue is ever-present here and it grows with Gonerway’s humility. After winning the Kingsford’s Preserve the Pit grant for $7,500, which supports Black barbecue entrepreneurs, it propelled his dream forward. He says he also thanks the industry friends he’s made along the way, specifically other pit crews — Joe Yim of Knox Ave Barbecue, Matt Horn of Horn Barbecue and Bryan Furman of Furman BBQ.

“I’ve definitely burned a lot of food, but if my story can help inspire someone else, then all the struggles that went into this dream are worth it. Just as someone else’s journey helped me get here,” he said.

Plates by the Pound is located at 11601 Monteview Blvd., Aurora. It opens at 11 a.m. and currently only operates on Saturdays.

All photos courtesy of Plates by the Pound BBQ.