What began as a traditional jazz band in Upstate New York has, in the past five years, slowly evolved into a pop-dance band with a heavy emphasis on modern jazz music. With a timeless sound that simultaneously relates to their roots while keeping things seriously fresh, jazz-pop foursome Banshee Tree gives their listeners all sorts of feel-good vibes. With the summer’s release of their self-titled debut album, Banshee Tree beautifully showcases a unique sort of music that brings something truly special to our local music scene.

Genres like dance and bluegrass are overwhelmingly popular in Denver, and while Banshee Tree draws influences from both, they don’t fall so easily into any one category. The music is timeless, in one moment transporting the listener to an older time before bringing them right back to the present in the next moment. The album is a “conglomerate” of many of the songs the band has been playing for years and was finally able to get down on record. Banshee Tree’s six songs ecstatically jump off the screen and onto the nearest stage, awaiting a crowd ready to “shake, rattle and roll.”

For years, Banshee Tree had been playing together before recording any music. “Through the live shows, we figured out what we were trying to say with our songs, found the heart of them and made album versions of them,” said drummer Michelle Pietrafitta. During quarantine, they had the opportunity to slow down and finally create an album. With years of performing under their belts, it was the energy of the live crowds that fed the inspiration for Banshee Tree. From there, it was about translating that energy into a record that people could listen to, a goal which they certainly achieved. 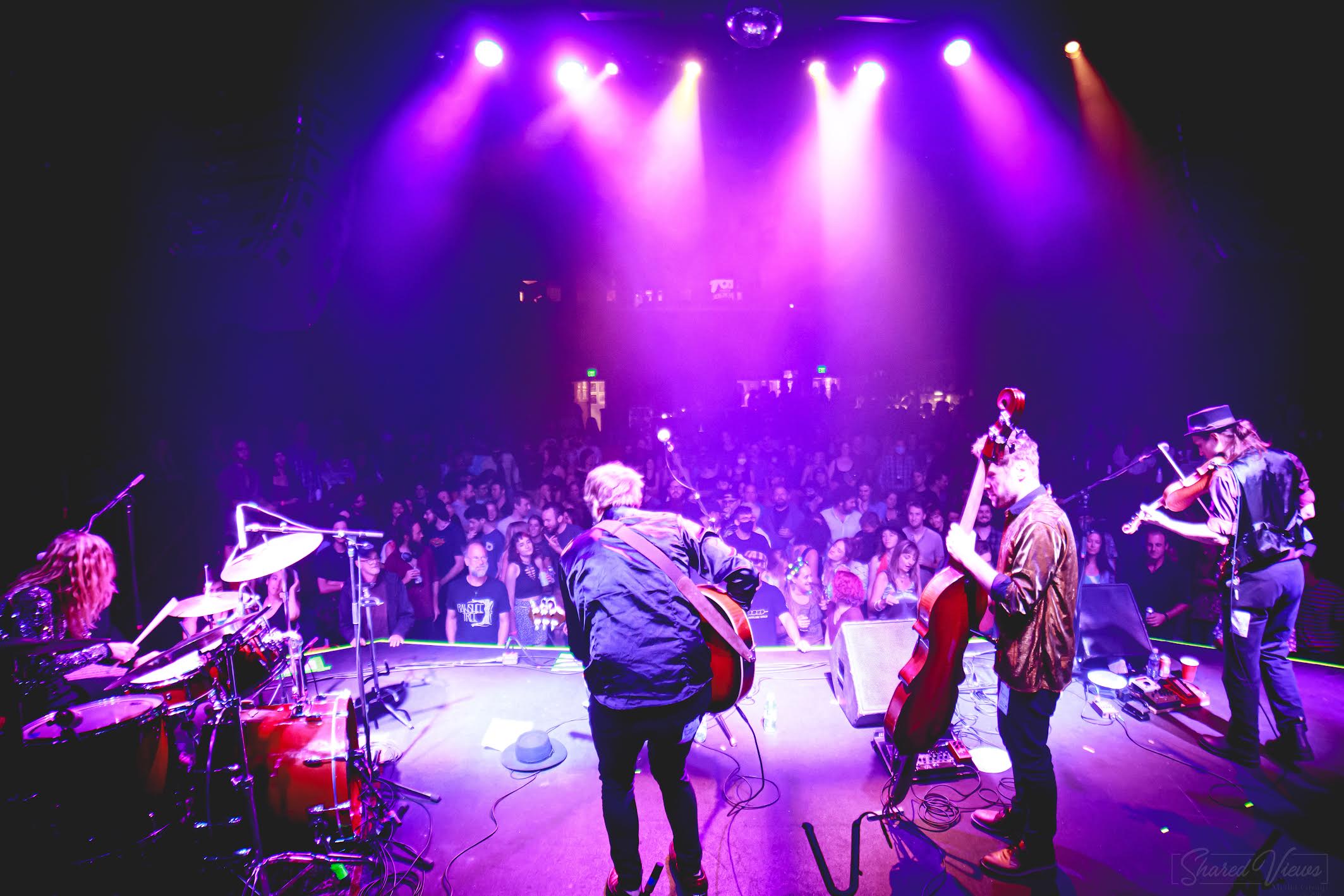 Guitarist and lead vocalist Thom LaFond formed the band in 2014, which started as a swing band and eventually changed with the addition of upright bassist Jason Bertone in 2016. In 2017 when Pietrafitta joined and the band underwent a lineup shift, the music moved from traditional and roots-oriented towards their more modern pop and dance sound. “The sound changed a little bit with each joining band member,” said Pietrafitta. With the band’s members having a variety of influences and musical backgrounds, the progression of Banshee Tree’s sound was a natural one that led them down a certain path and right into Colorado’s music community. With Banshee Tree, LaFond, Bertone, Pietrafitta and violinist Nick Carter have now fostered a community of their own in the local music scene.

Bertone personally feels a lot of enthusiasm for live music in Denver. With Colorado producing so many great bands, he feels like music seems to be one of its main cultural events.

“In other cities, I’ve lived in, it’s always been a struggle to get people to want to get emotionally invested in your band and the music that you’re doing,” said Bertone.

Here, he feels grateful for and supported by the people who seem to show up for music in a really sincere way.

Banshee Tree will be returning to local stages on September 25 at Cervantes’ Other Side and on October 1 at Lulu’s Downstairs in Manitou Springs. Having introduced such a new and distinctive sound to local fans and with gigs on the near horizon now’s the time to catch Banshee Tree in all of theirbudding glory. Just be sure to bring your dancing shoes.