All photos shot by Kiddest Metaferia

Earlier this week, Australian producer, singer and songwriter Alison Wonderland made her highly anticipated three-night return to Red Rocks. Her top-tier performance, which showcased sounds from all corners of the EDM sphere, was a show-stopping spectacle of emotional nuance, immensely impressive DJing abilities and pure musicality. Outside of her original bangers like “Church,” “I Want You” and “Anything,” she managed to incorporate a wide variety of popular music into her death-defying bass drops, all with the help of a full band including a string section, drummers and several backup singers.

As the sun went down on Tuesday and the stage lights began to illuminate the audience, Wonderland’s second opener, Elohim, amped up the energy immediately. Playing her signature grunge-inspired pop-EDM music, she sang her heart out on every track. Closing out the performance, the crowd chanted “I got love, fuck your money” in unison as Elohim screamed at the top of her lungs and encouraged her audience to release their emotional baggage with every breath.

Following Elohim, SIDEPIECE got the crowd moving with a performance that represented the true spirit of house music in every way. The electronic duo mixed iconic pop, rock and hip-hop songs, transforming each anthem into an irresistible groove with the rhythmic heartbeat that defines good house music.

After two great performances, Wonderland had some heavy expectations to meet, and she absolutely did. 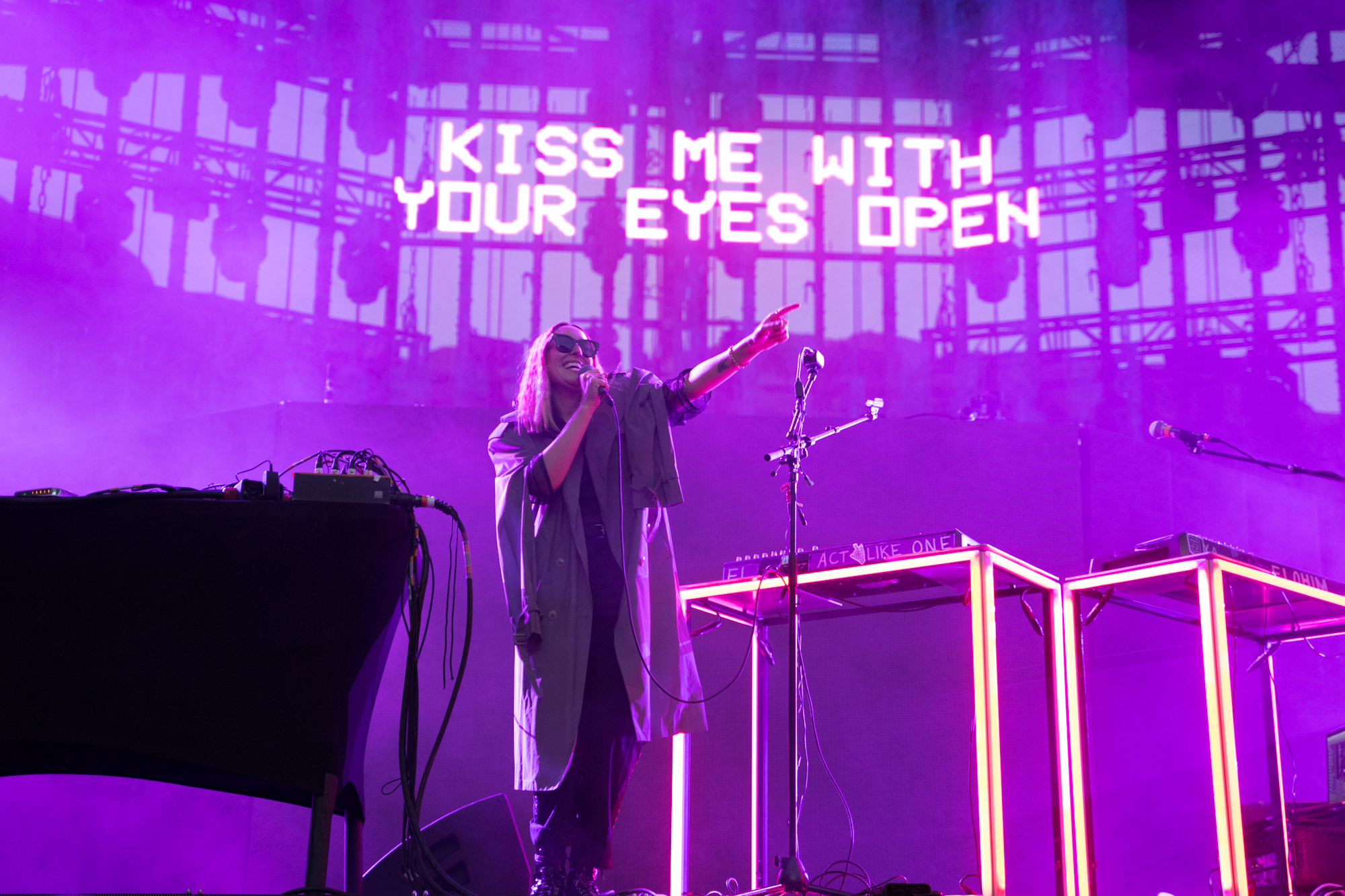 The stage design was simple but effective enough. There was the main platform where Wonderland spent most of the night behind the turntable, and platforms on either side of the stage for her drummers to occasionally show off. The real secret, though, was hidden behind the massive screen where her visuals exploded with an eclectic palette of effects and colors that accompanied every bass drop. Strategically concealed beyond this visual backdrop, a small orchestra contributed beautiful string passages and deep drums throughout Wonderland’s show. Considering her roots in the Sydney Youth Orchestra, this decision made perfect sense. The compelling depth and intimacy the band brought to her performance cannot be understated — it set a new bar for live electronic music.

As impressive as the band was, Wonderland’s DJing abilities were the main attraction. Between the wonderfully complex transitions and her remixes of iconic radio hits, there was enough variety to keep the crowd completely engaged for the entire performance. Her energy matched the crowd as she danced around the stage and sang her heart out on every song, and her voice was a great fit into the overall vibe of each track. Additionally, she transformed classic songs like Kid Cudi’s “Day N’ Night” and Olivia Rodrigo’s “good 4 u” into deep bass drops with unexpected sounds and rhythms. She even managed to blend Kanye West’s “I Love It” and Zhu’s “Faded” into a perfect cocktail of genre-less sounds and timeless melodies. 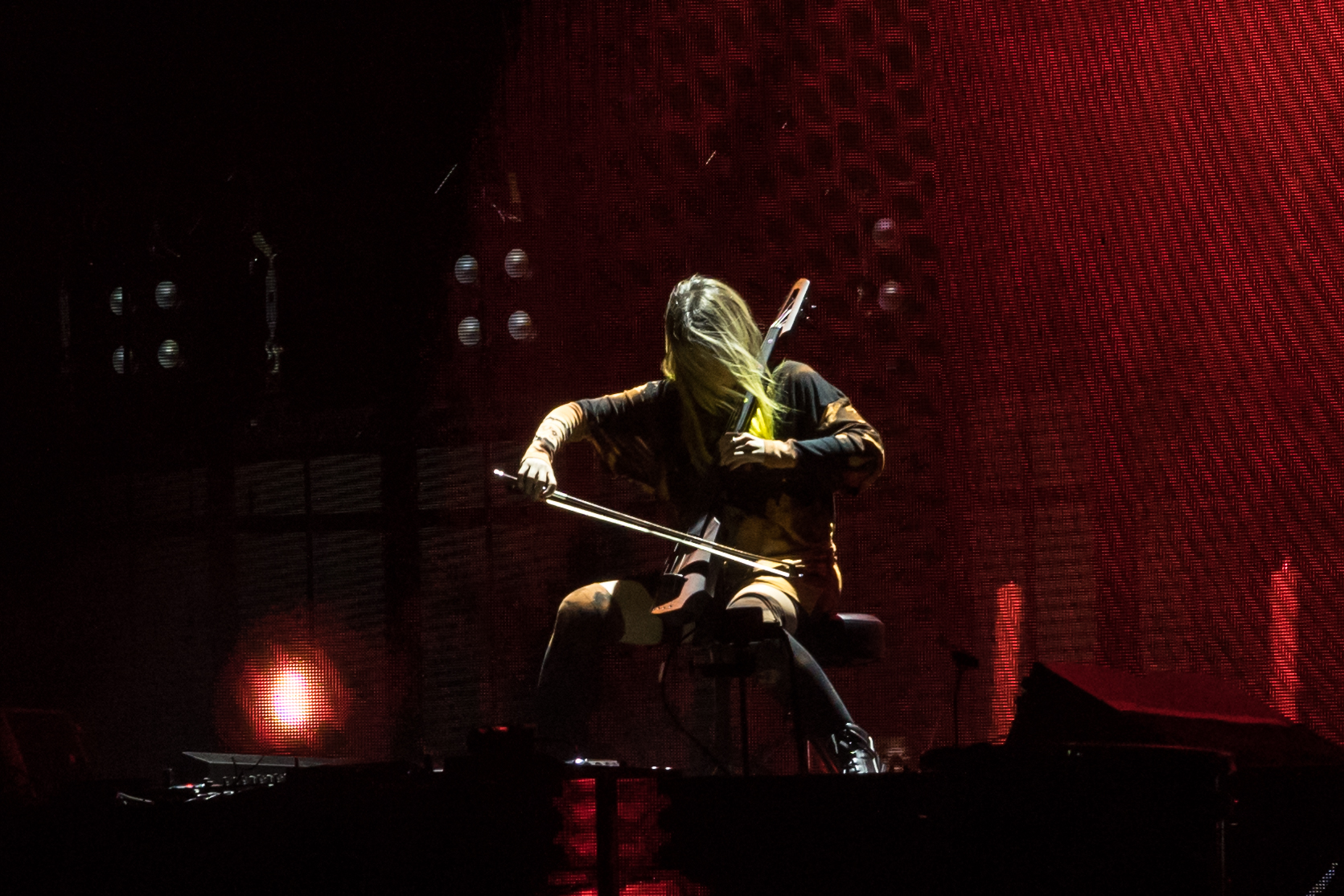 Wonderland gave the crowd exactly what they wanted, and then some. Casual fans were visibly surprised at the intricacy of the live performance and pleasantly overwhelmed by the live sound of violins, cellos and drums that accompanied each song. Even hardcore fans left surprised by the huge scale and production design. Each unique element worked in harmony to create an incredible live experience that hit all the right notes at all the right moments.