With stir-crazy crowds and musicians itching to perform, Wax Trax wakes up the neighborhood on otherwise sleepy Sunday afternoons in Cap Hill.

“Black Flag probably got the cops here the quickest,” said Duane Davis, one of two original owners of the iconic record store. On this occasion, no cops were called and local punk bands Quits and Moon Pussy proceeded to put on a show that made the stifling heat worth it. For both acts, the event was their first show since the pandemic, and they didn’t disappoint. 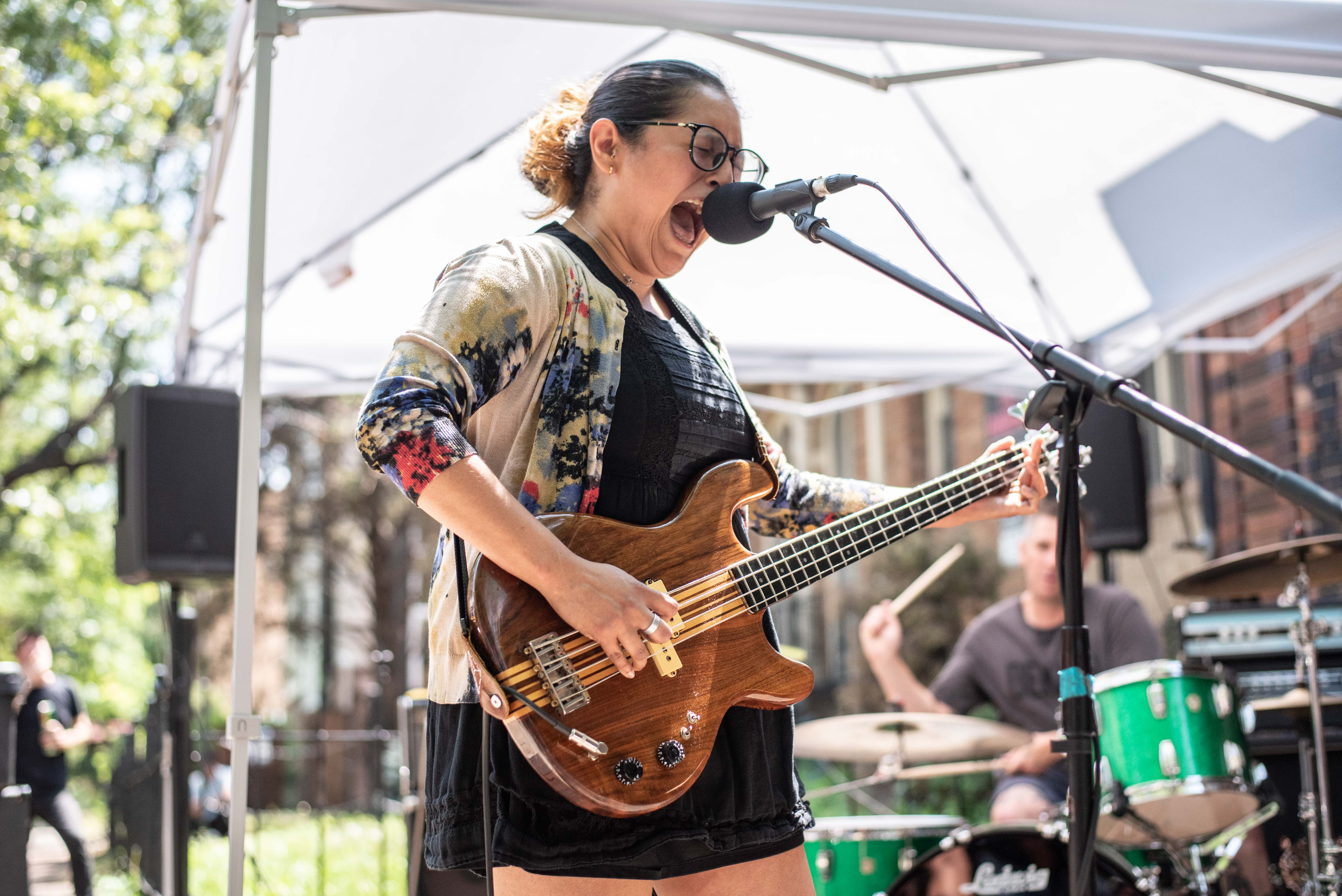 “This one’s called ‘Moon Pussy’s a bunch of rich kids. F*ck ‘em all,’” the lead singer of Quits joked, kicking off the day. Heavy drums and splitting guitar riffs enticed the crowd of music fanatics, many of whom cradled new vinyl close to the chest.

The sidewalk setting is intimate enough for the bands to have close conversations with their audience about foot pedal malfunctions and hoarse vocal cords. With 300 – 400 people circulating the event throughout the day, it is an amazing feat that the mood remains so affable — chummy, even. It is fair to say much of the vibe comes from friends showing up to support friends — it is all within the Wax Trax family.

Wax Trax, over their 40+ years in business, has employed countless local musicians. Davis said as many as 75% of the performers at the sidewalk shows are former employees. They even have their multi-faceted staff running the sound system.

“One of the things the staff really appreciates is that the store is kind of a community center for the [local music] scene,” said Pete Stidman, manager of Wax Trax and son of Dave Stidman, the other original owner. 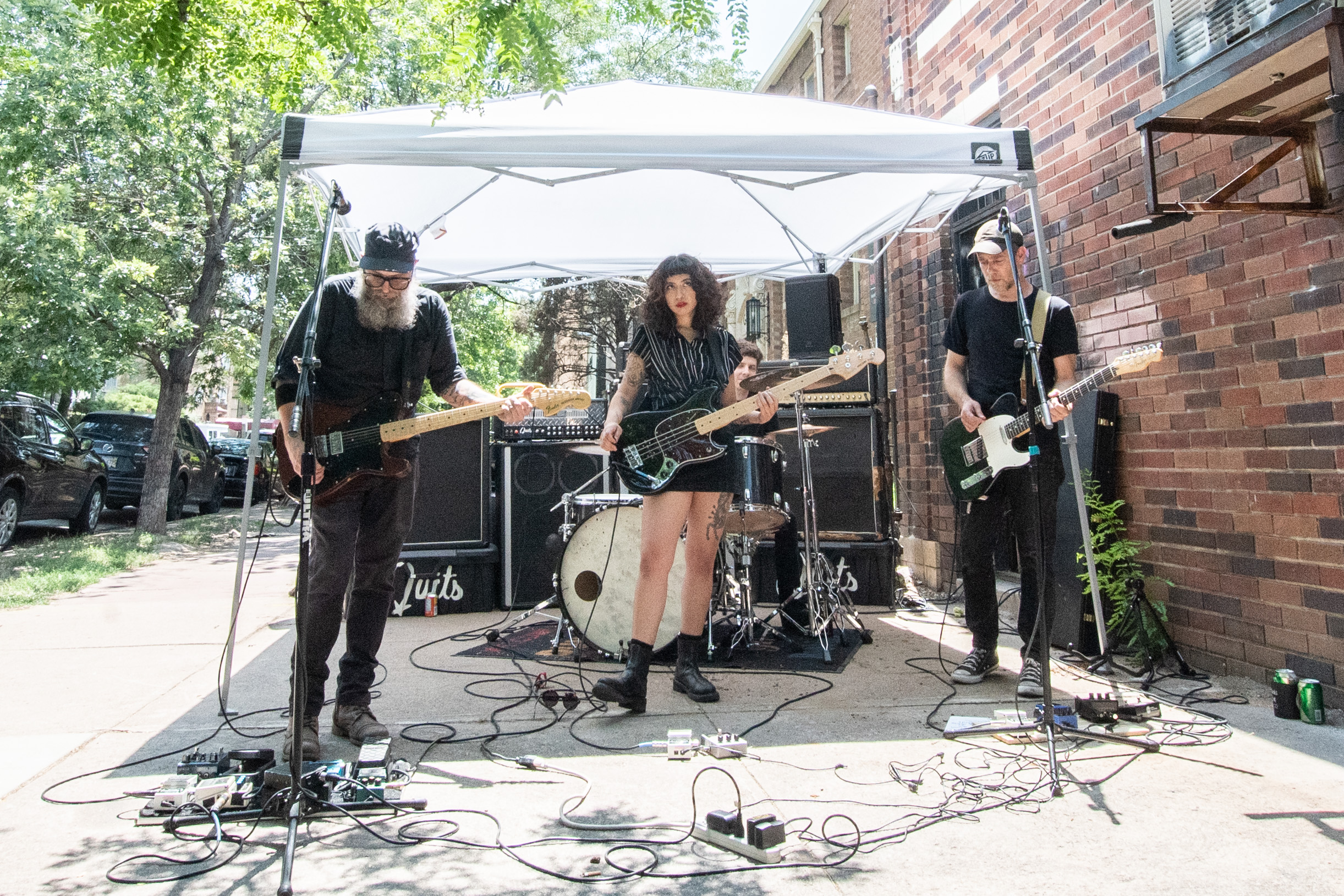 Aside from the intoxicating nature of listening to live music, the sidewalk concerts aim to support local businesses and musicians. Wax Trax, with Dani Lands coordinating, added the 13th Ave Flea Market to the mix a week prior. The market hosts 70+ local vendors on rotation, selling everything from original art to cowboy boots. Live music adds another level of welcome synergy to the vendors’ side of the street.

“[The market] is grassroots,” Lands said. “It’s local businesses wanting to promote people who are making things happen for themselves. Giving people a free space to promote what they do — creators, resellers, we have Horrid Mag out here today — all of it.”

Wax Trax isn’t stopping there. With the public becoming increasingly more interested in buying vinyl, Stidman plans to revamp the space for indoor concerts year-round. Acts like the Violent Femmes have played in the store right behind the counter. However, these shows are often overcrowded, with overflow running onto the sidewalk outside.

“What a wild time,” he said. “It looked like at any moment, [the Femmes] might pitch over headfirst into the glass counter. When [lead singer] Gordon Gano does that song about the flamingo, he stands on one leg. He stood on one leg on a stool and I thought for sure he was gonna die.”

He did not. And despite any spatial challenges or rowdy crowds, the crew at Wax Trax fully intends to electrify their humble corner of 13th Ave every Sunday afternoon. 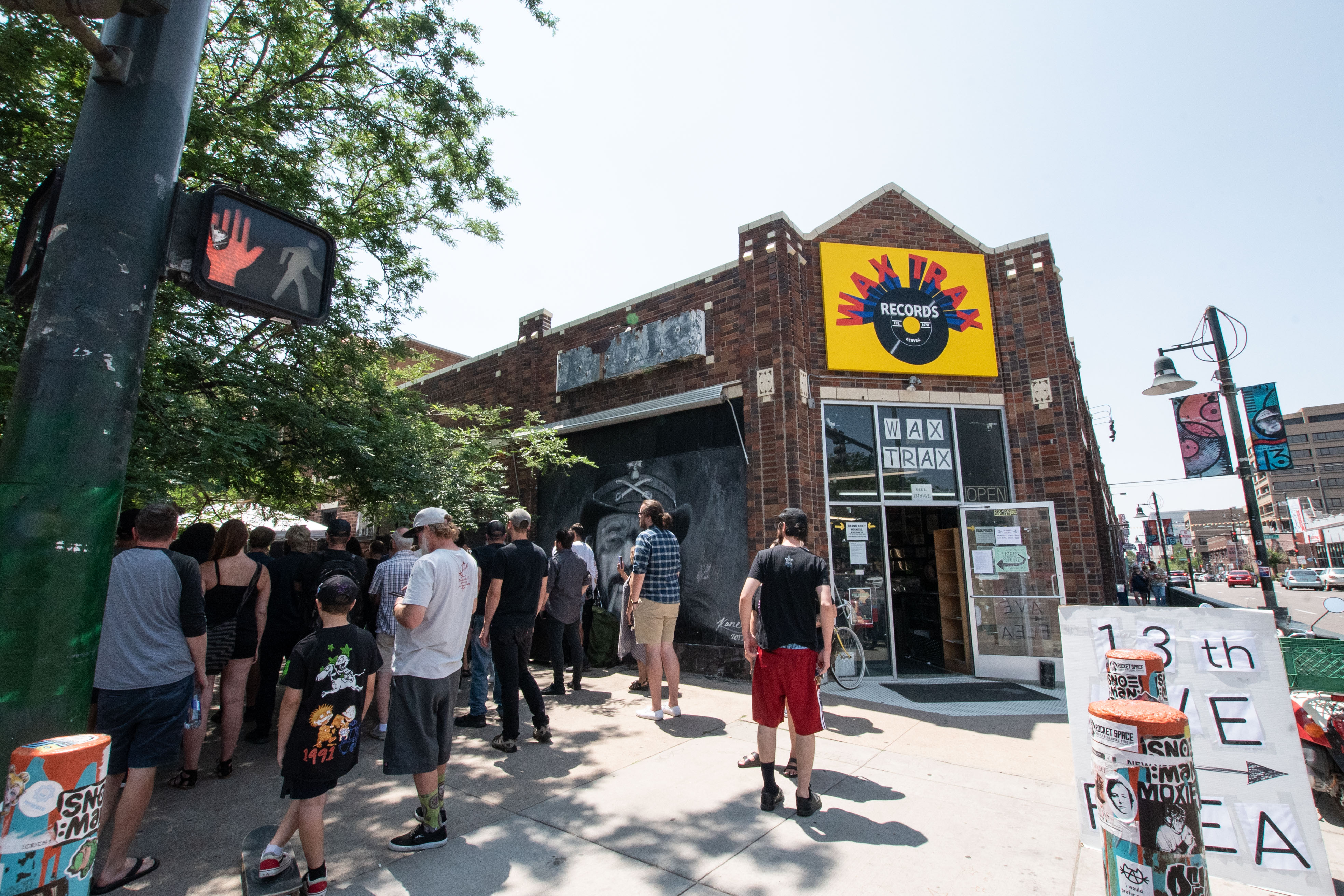