If Duane Davis, co-owner of Wax Trax, could give only one vinyl record to every person on the planet, it would be something of Bob Dylan’s. “Blonde on Blonde or Highway 61 Revisited — the two greatest albums ever made,” he shared with a nod. Perhaps an obvious choice when considering Dylan’s dynamic lyricism and influential mark on history. “I was 20 when those albums came out — they took the world by storm.”

Even for the legendary Bob Dylan, this is still quite the compliment. Davis is no amateur to the world of music, having partial ownership of the famous Denver record store for nearly four decades.  The man has seen every genre at its peak — from punk-rock to goth to hip-hop — float through his shop’s walls, allowing for a nuanced understanding of sounds in Colorado and beyond. A step into Davis’ shop is a step into his home. What has led to Wax Trax’s lengthy presence in the Denver music scene has been this ability to recognize and follow subgenres. Davis expanded, “It’s just a matter of being aware of what the trends are. We’ve always been good at figuring out what’s going on in music and what people are going to want to own — and it’s fun!”

Prior to the creation of Denver’s Wax Trax, Davis and his fellow co-owner, Dave Stidman, were caseworkers for Jefferson County social services. Specifically, working with adolescents in crisis units. Yet over the years, the two gentlemen decided to take a different path.  “What we thought was — we‘re tired of trying to save kids. Let’s just go ahead and corrupt them.”

Though what’s most impressive about the store’s longevity is its ability to withstand the disruptions of emerging technologies. Though boomboxes, CDs and iPods have threatened the existence of vinyl, Wax Trax and their records have remained. Shockingly, the internet has actually contributed to the store’s success rather than hinder it. According to Davis, computers have the ability to strip away the idea of ‘time’ or ‘history.’ Trends become blurred and every various niche of music is made accessible and disseminable. 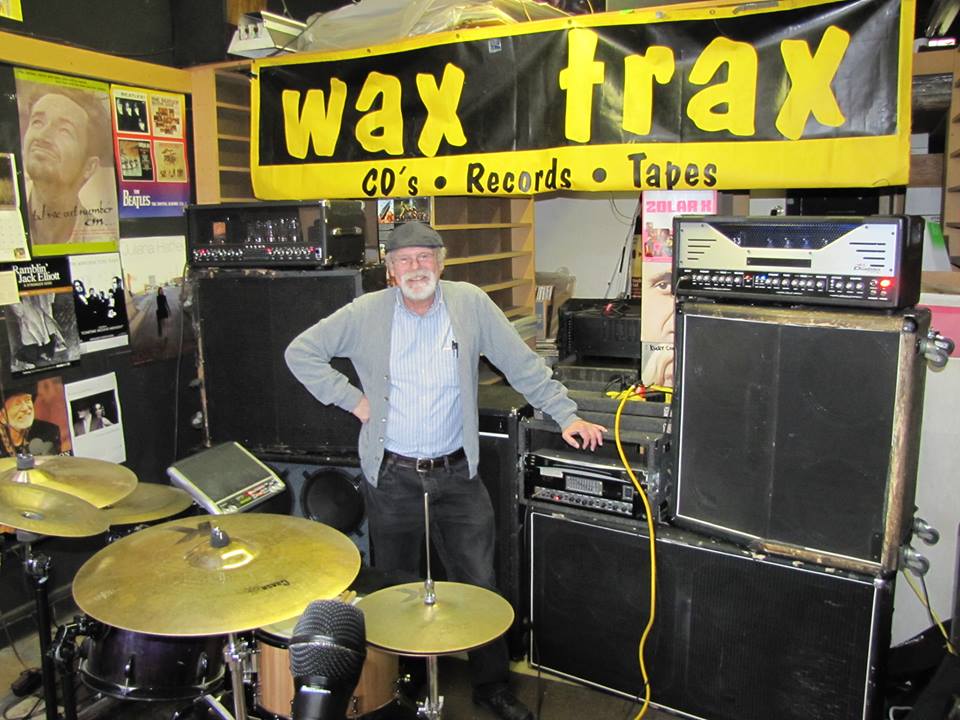 Yet this beneficial outcome couldn’t have been predicted. Soon after the internet’s emergence, the shop feared for the worst. “It almost killed us,” Davis shared. “Suddenly around 2003, we began to notice that vinyl was starting to sell again… Though every week, Dave and I still look at each other and say, ‘Do you think tomorrow they’re going to wake up and think what did I buy all this vinyl for?‘”

The question may be silly to some when looking at Wax Trax’s popularity on the nation’s 11th annual Record Store Day last month. Davis announced that it was the shops most successful day in history. “It was a terrific day — yet, I’m a little bit ambivalent about Record Store Day. Every day is Record Store Day!”

Wax Trax is located at 638 E. 13th Ave. in Denver. More information is available on their website.