Historic Denver celebrated its 50th anniversary this year with recognition and preservation efforts for some of the city’s most cherished landmarks.

When the organization asked community members to help identify places in the city, 100 nominations were sent in and a list of 50 of the Mile High City’s most treasured historic buildings, bars and other sites were finalized.

Historic Denver will work closely with nominators and property owners to determine a unique action strategy for each of the 50 places chosen. “Over the course of the next few years, we will work to implement those strategies. There are numerous possibilities for an action strategy including documentation, raising awareness, interpretation, storytelling, technical assistance or landmark designation,” according to the website.

We’ve compiled some of the nominations that stuck out to us the most. 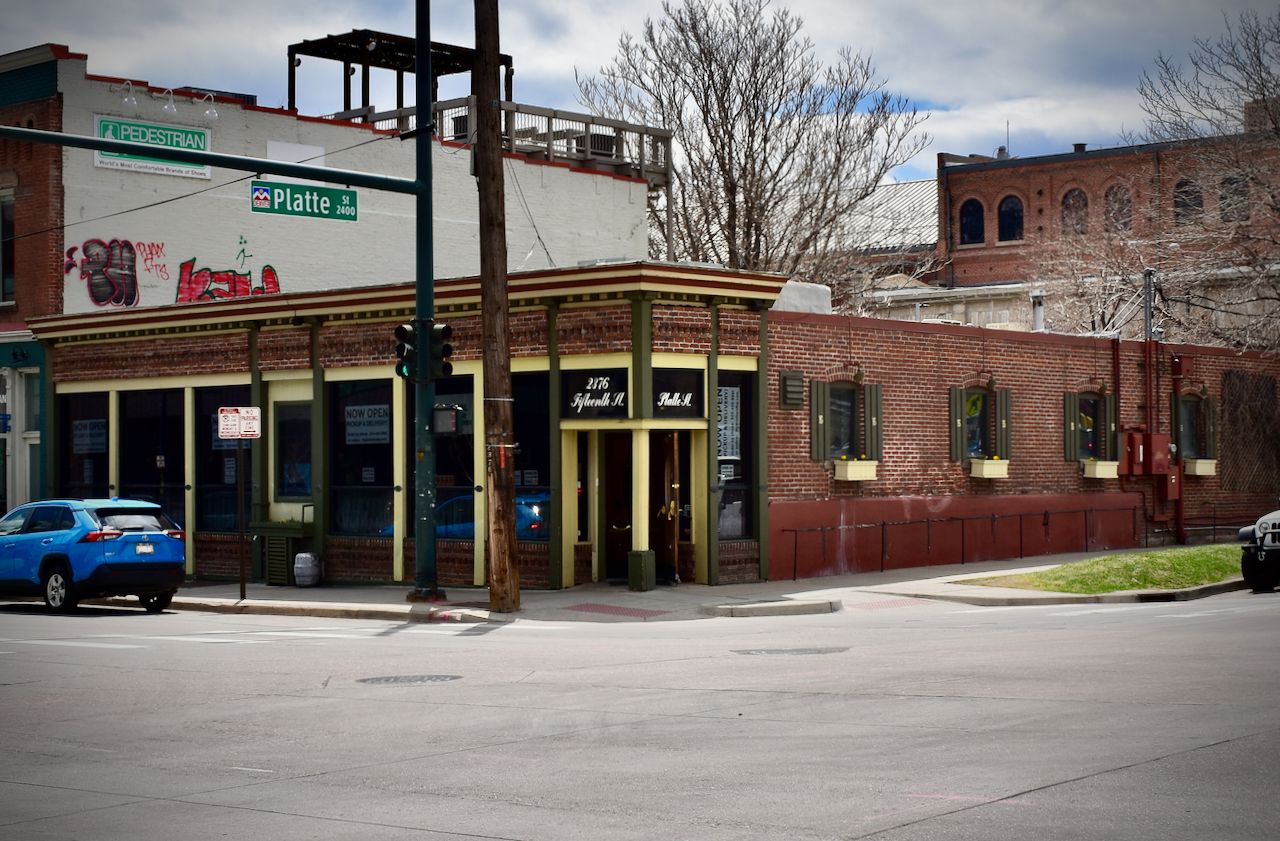 The Lowdown: What would the list even be without Denver’s most notable, and oldest, bar?

The saloon, which sits between 15th and Platte Street, swung its doors open 145 years ago as The Highland House in 1873. Throughout the years, it’s exchanged several names and owners with a handful of prominent figures, including The Dharma Bums author Jack Kerouac, making a pit stop. But in 1970, it was purchased by Jim and Angelo Karagas and opened as My Brother’s Bar, now owned and operated by Danny Newman and his mother. Today, it continues to serve some of the best burgers in town and is considered one of the most historically rich and cherished places in Denver. Long live Brother’s!

READ: How One of Denver’s Oldest Bars is Adapting To Survive The Times

The Lowdown: A shiny gem nestled on Welton Street, owners Flynn & Mona Dickerson couldn’t have made this special place anymore authentic or welcoming. Siblings ​​Fathima, Fathim and Cenya now mostly run the Welton Street Cafe in Five Points now, still serving a legacy as one of the best southern comfort and Caribbean-influenced bites in the Denver area.

“Family is everything,” is the motto here, and family extends to anyone who walks through the doors. It’s comfort on comfort at Welton Street Cafe, whether you indulge in the Chicken Pâté and wild wings, or just sit and soak in the family vibes.

The Lowdown: Say what you want about the place, but Lakeside Amusement Park’s history is too unique to skip over.

Originally opening as White City in 1908, Lakeside has gained a reputation as both a family-friendly destination and spontaneous outing for adults. Still family-run, the amusement park reopened recently after a pandemic hiatus, and it’s one of the amalgams of surrounding tourist attractions nearby, including Casa Bonita.

It’s one of the oldest running amusement parks in the United States and home to the landmark Tower of Jewels, which serves as somewhat of a totem pole to the popular park. Despite its popularity and historic roots, Lakeside remains a bit of an under-appreciated gem, and Historic Denver is on a mission to preserve its distinct Mile High rep. 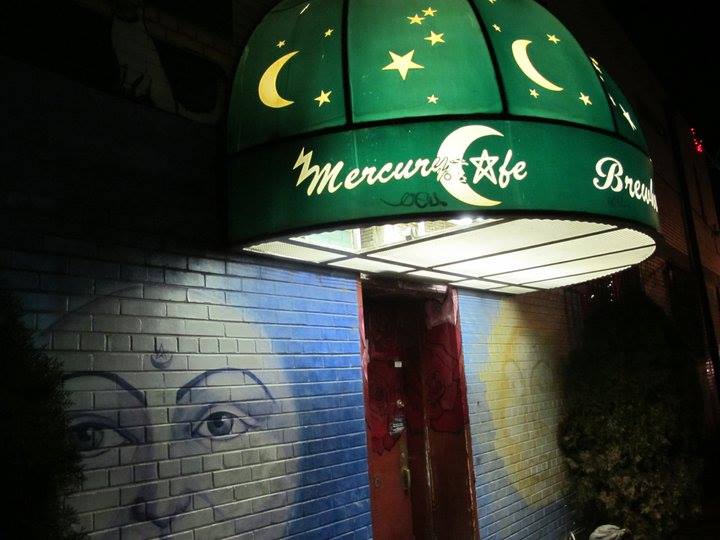 The Lowdown: Denver’s free-spirited gem sold earlier this year, but things worked out for long-time owner Marilyn Megenity, as the cafe is still in operation and dedicated to using the space as an inclusive space for all. When Megenity bought the building in 1990, she wanted to introduce a community gathering place that hadn’t quite yet popped up in Denver. And when she opened its doors to the public on Halloween, the hidden gem on 2199 California Street gained a reputation for its eclectic atmosphere, poetry slams, swing dancing lessons and even weddings. It continues to serve healthy and delicious local food and a distinct environment that you won’t find anywhere else around here.

It’s got a late-night charm, and its recognition by Historic Denver will help carry its distinct legacy forward in Denver.

The Lowdown: Colorado’s oldest cemetery, the 77-acre graveyard is the final resting place for early Colorado settlers and pioneers. For 130 years, it’s become a staple of our state’s history, peacefully hosting over 1,00 veterans that served in the civil war and the first gulf war.

However, in 2008, Colorado Preservation Inc. included the site as one of the most endangered sites in Colorado. Dead canopy and shade trees, due to drought, have fallen and ruined historic monuments, and an agreement to secure water rights in the South Platte River has challenged the cemetery’s accessibility to proper irrigation for surrounding plantings.

The Lowdown: Elitch Gardens might be gone from its original sitting place in the coming years — thanks to housing developments and the multi-billion dollar River Mile project — but its history and long-standing reign next to the Ball Arena, formerly the Pepsi Center, will forever be engrained in Denverites psyche.

It first opened as a zoo and garden by John and Mary Elitch, eventually expanding the park’s operations with a ferris wheel, and later being bought out by Denver businessman John Mulvihill. It opened up a ballroom, which hosted performances by people like Benny Goodman and Tommy and Jimmy Dorsey. The famous carousel, which still operates today, first opened to the public in 1928. In 1965, the park introduced its first roller coaster, the Mister Twister. Premier Parks Inc. purchased the park in 1996, and the company executed a multi-million dollar renovation to make the campus-side amusement park what it is today. 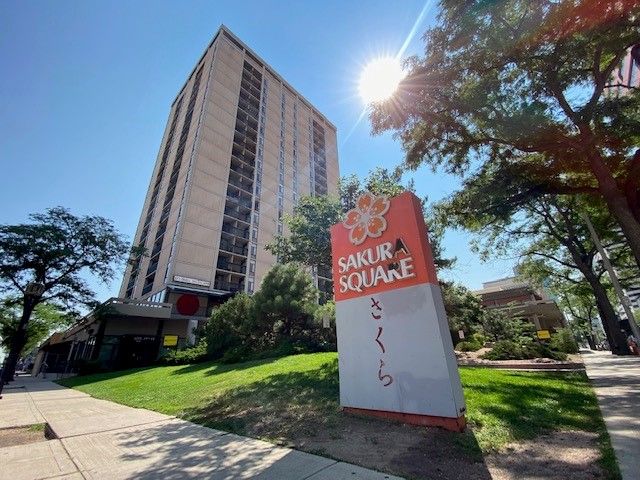 The Lowdown: Denver Buddhist Temple and home to the Cherry Blossom Festival, Sakura Square has preserved and anchored a rich history of Japanese-American history and culture in Denver. It’s lead the stories of the Japanese American experience here. But the site came under some threat by the Denver Urban Renewal Authority (DURA) when they planned to redevelop parts of the LoDo neighborhood that included Sakura Square in 1966. The community came together to hire their own architect to design the project, one that would appreciate and accommodate the cultural significance and consciousness of the historic site. They hired Bertram Bruton to get the job done, he designed the Highrise, Tamai Tower, and the Tri-State Buddhist Temple bought the entire block to preserve its rich history and significance.

Now, the plaza features a marketplace, authentic eateries and businesses. It tributes some of the most notable figures who made an impact within the local Japanese community in its garden plaza, including a monument dedicated to Minoru Yasui, who fought against Japanese discrimination after the bombing of Pearl Harbor.