Since its completion in 1995, Denver International Airport — known to locals by its acronym, DIA — has been the subject of countless conspiracy theories. People have speculated that there’s a New World Order bunker beneath the airport, or that the building’s murals foretell the apocalypse. Some have even suggested that Mustang — the airport’s horse statue, jokingly referred to as Blucifer — is cursed because a portion of it killed its sculptor.

The hype surrounding this transportation hub is obviously big for Denver and Colorado locals, but the fascination is even more geographically widespread. Brady Roberts and Mike Howorun are Canadian filmmakers who’ve dedicated their most recent creative project to the DIA conspiracies. Escaping Denver is a “fictional thriller podcast about two people who awake underneath the Denver Airport with no idea how they got there,” explained Roberts.

“Interest in this conspiracy isn’t limited to Coloradans, in fact, we’re banking on it being interesting to everyone,” said Roberts. “That such an idyllic landscape like Colorado could harbor such a compelling mystery is exciting.” Escaping Denver is narrated by Howorun, who pieces together the voice recordings of the fictional Noah and Sarah. He works to get to the bottom of the mystery while simultaneously questioning the roles of everyone involved. Roberts voices Noah, in addition to being co-creator and producer on the project.  His female counterpart is played by Greta Carew-Johns, an actress who’s also appeared on TV in Supergirl and A Million Little Things. 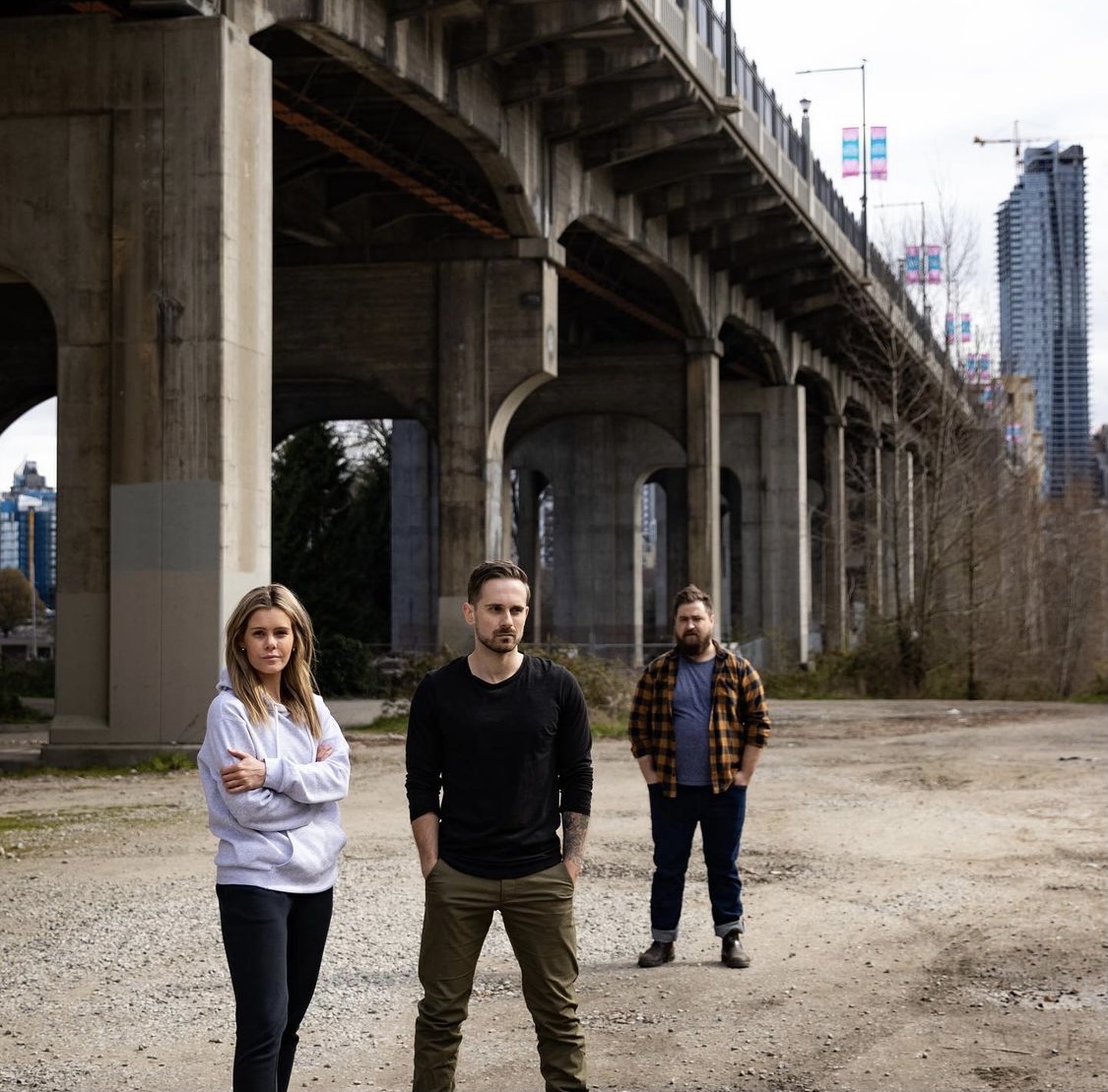 Despite contrary belief about the secrecy of the airport, DIA claims they aren’t hiding anything. In fact, DIA’s construction signs display graphics that joke that the improvements to the building could be to create “gargoyle breeding grounds” or freemason meeting spots. Roberts and Howorun appreciate the airport leaning into the hype of the conspiracies instead of trying to quell them. “The more we read about it, the more we got sucked in and thought that this would be the perfect setting to tell a fun story,” said Roberts.

Podcast listenership has actually been on the rise, despite so many industries being hurt by worldwide shutdowns.  This is partially due to audio programs being easier to produce remotely than visual media like film and TV. “Thankfully, podcasts are relatively pandemic-proof,” said Roberts. “We were able to build a home studio with the help of our partners at Corus Entertainment, and had our own safety protocols in place for our small crew,” he added.

READ: 11 Colorado Podcasts to Add to Your Listening Queue

Carew-Johns and Brady recording in the studio

Listeners seem to have the same fascination with DIA conspiracies as Roberts and Howorun do. Escaping Denver held the #1 Fiction spot on Apple Podcasts in Canada for an entire month upon its release. For Roberts, getting positive feedback and having listeners engage has been a highlight. “We’re having a blast working together on this show and partnering with the team at Corus,” he said. “The reception from the audience has been so fun too, with people sending us their theories on what’s happening,” he said. “Plus, getting to combine some of our favorite conspiracy theories into one story has been my favorite part.” 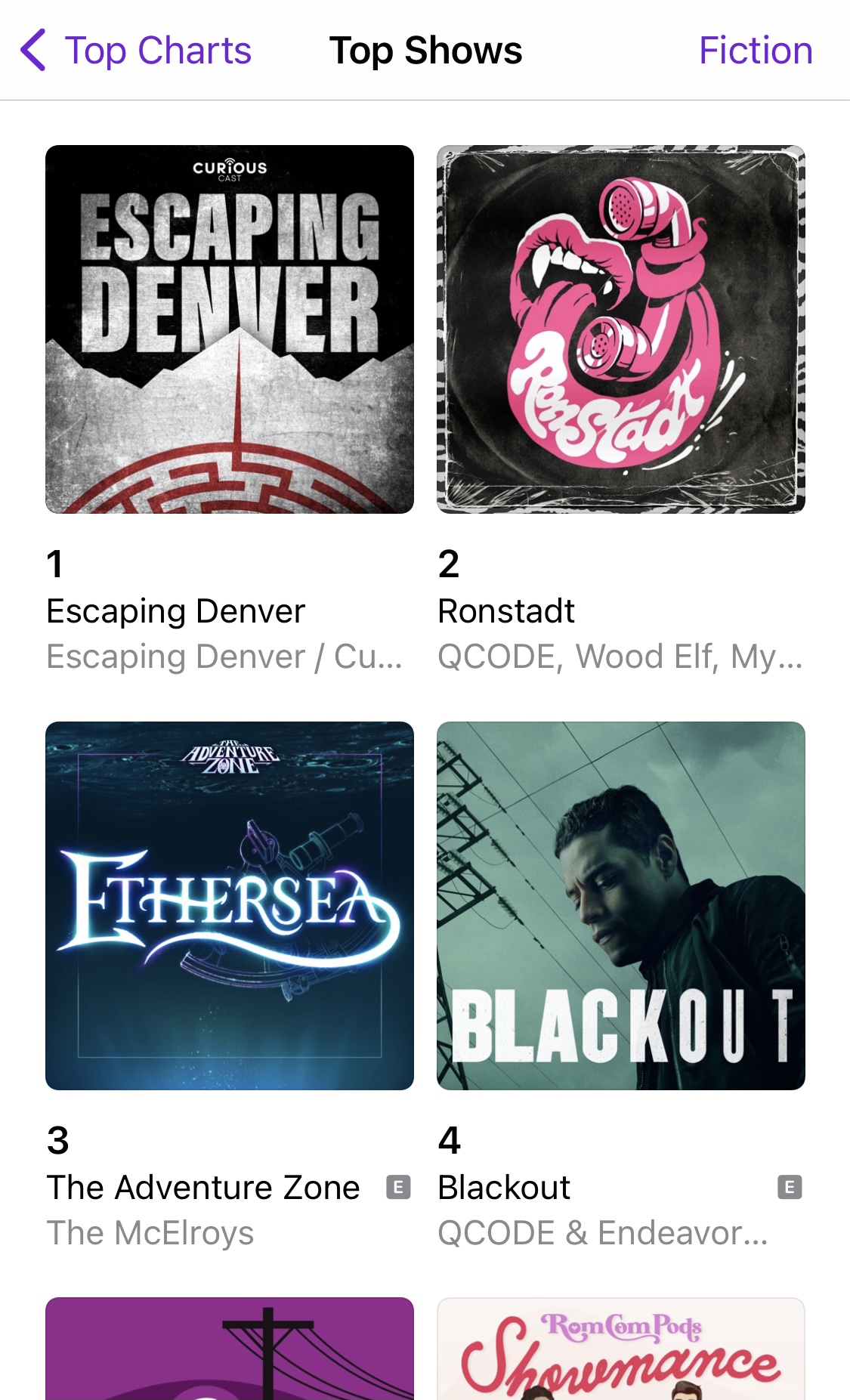 Escaping Denver has released five episodes so far. New episodes are released every other Monday on Apple, Spotify, Amazon and everywhere you listen to podcasts. They encourage listeners to send their own theories to [email protected] and follow along with them on Instagram.