Sometimes, when 10 strangers get together it can lead to reality show mayhem. However, a new pop-up dinner project has made its way to Denver for the summer with the goal of cultivating conversation beyond what’s on the plate. Sikhona invites people to bring their voices, tastebuds and thoughts to the table as they provide the scene for this unique dinner. 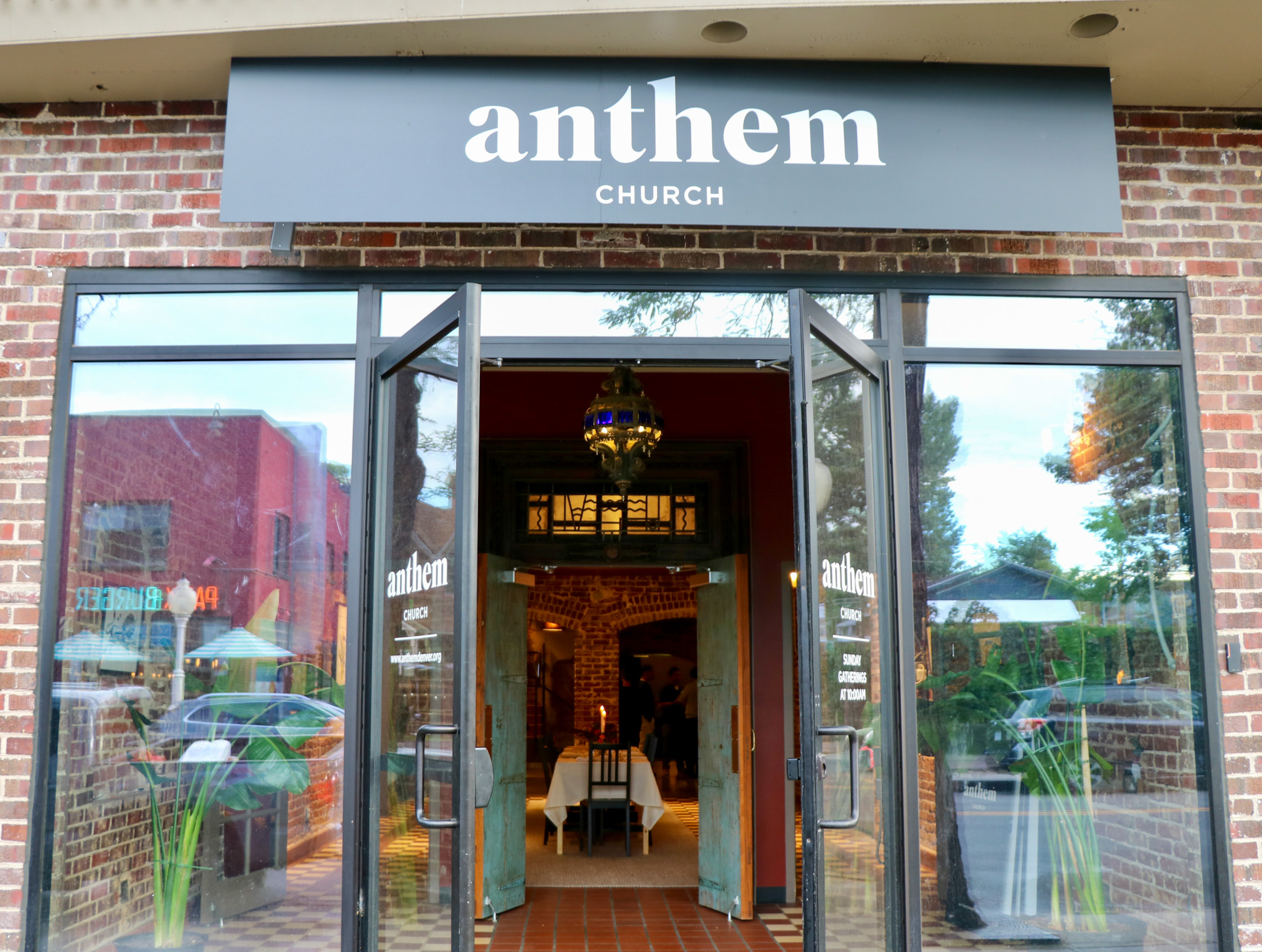 Regan Smith – founder of Sikhona – was captivated by this word’s meaning from the Zulu culture in South Africa. After living abroad from South East Asia to South Africa and many contents in between, she learned aspects of other cultures that shaped her own life. Sikhoa is the affirmation for the greeting Sawaa Bona – “I see you, I value you.” Thereby responding with Sikhona means “I am here.” The stress of modern-day life can make this phrase seem foreign. But this mentality rejects autopilot and small talk. Much like the dinners, it wants people to be all in.

“It’s meant to be a unifying experience and break away from the polarization we see elsewhere,” said Smith. Especially in a time that has intensified isolations, it pushes people beyond their comforts and engages with foreign viewpoints.

Smith’s dining room table housed the dinners when they first came to fruition back in 2019. Hundreds of strangers have had the pleasure of dining with each other among her long black table. This once-a-month dinner welcomed a range of social classes to congregate at her table for a free meal and open dialogue. The best part was this magical feeling that perpetuates beyond the confines of the meal. Dinners like these foster a new type of bonding that occurs when people take the time to sit down and look into the eyes of someone new.  Each meal has an intention–a word that fuels conversation. The power within her community made the dinners grow beyond her home. 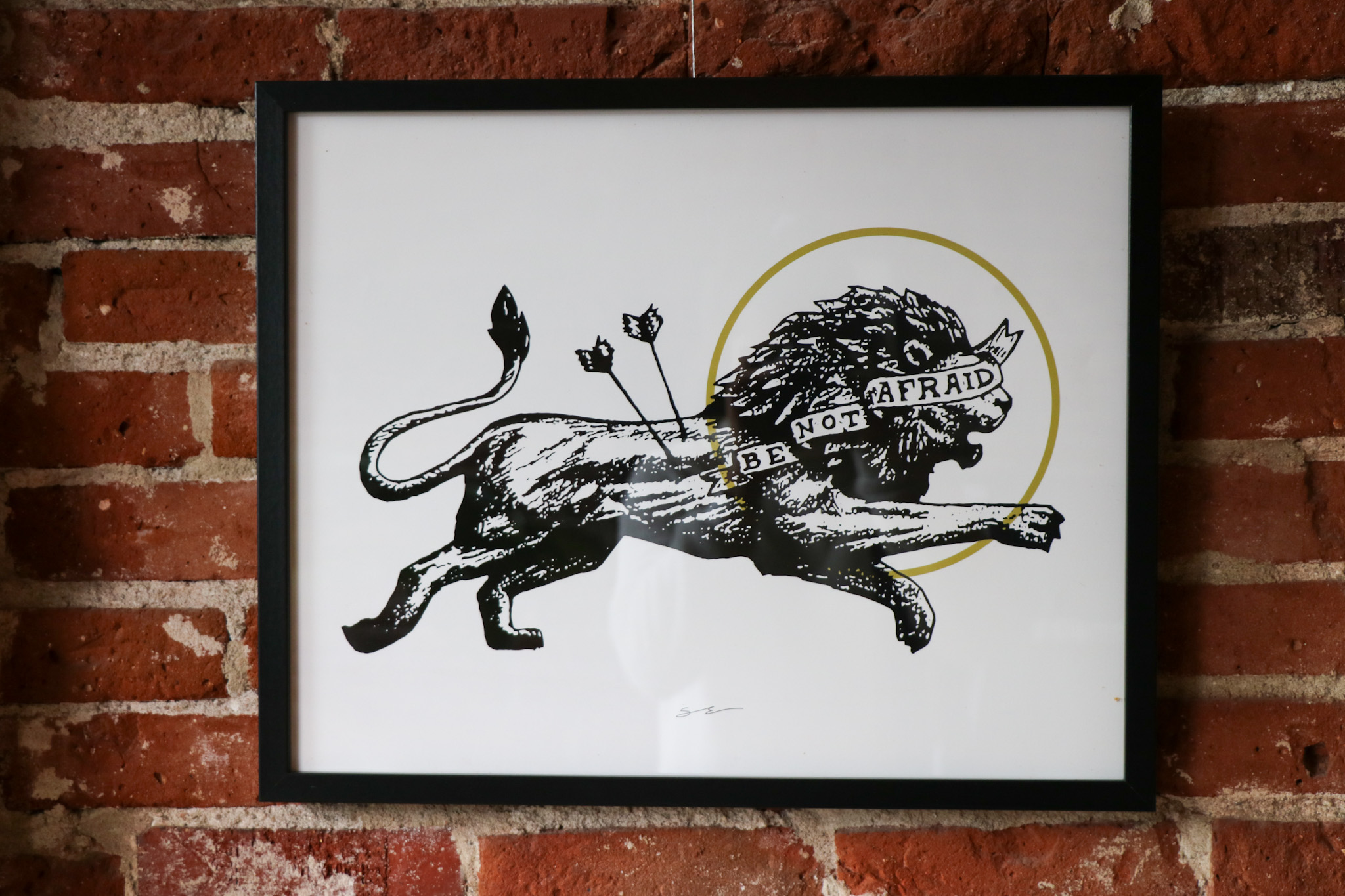 Hung up on the way is a reminder that being fearless is a part of the Sikhona dinner series. Photo by Haley Paez.

The event now resides in a church in the Highlands. It features more than Smith’s entertainment. The current head chef is Tiffany Leong. She contributed to renowned kitchens like Rioja and Duo. She maintains the mentality of keeping farmers first and deriving her menu with a focus on the seasons. Leong adds an extra layer of storytelling to her sustainable offerings. Each Sikhona menu bridges gaps to spark inclusion. 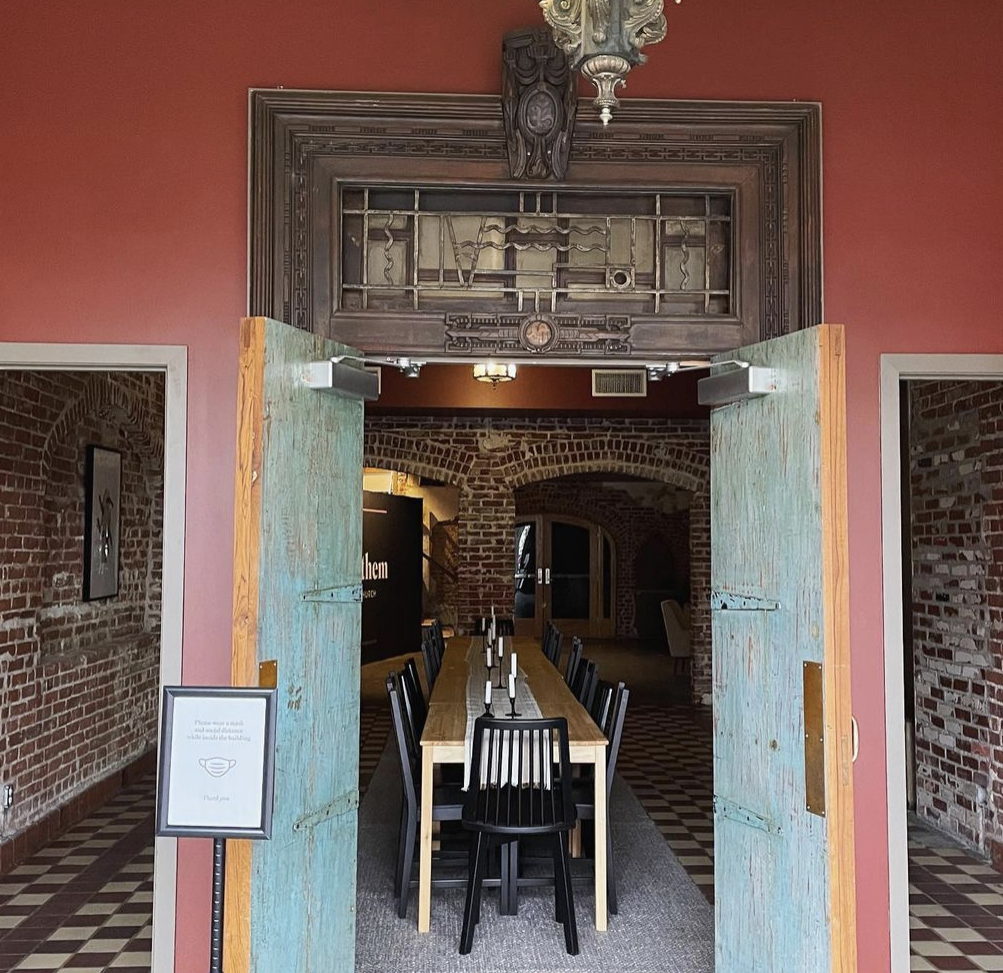 Each dinner is a prepaid tasting menu priced at $40 for around three to five courses. This being a lower price point than most other pre-fixes. Guests pay upon receiving their invitation – the happy escape from the dreaded end-of-night check. Additionally, individuals gather around Sikhona’s dinner table, rather than groups  — so leave your dinner date behind.

Every great dinner party requires a theme, these do as well. Patrons learn the theme upon the presentation of the first course. Hopefully, it sets the mood for conversation. Regardless of the theme, the idea for these dinners is to heal among nourishing dishes and an enriching community. 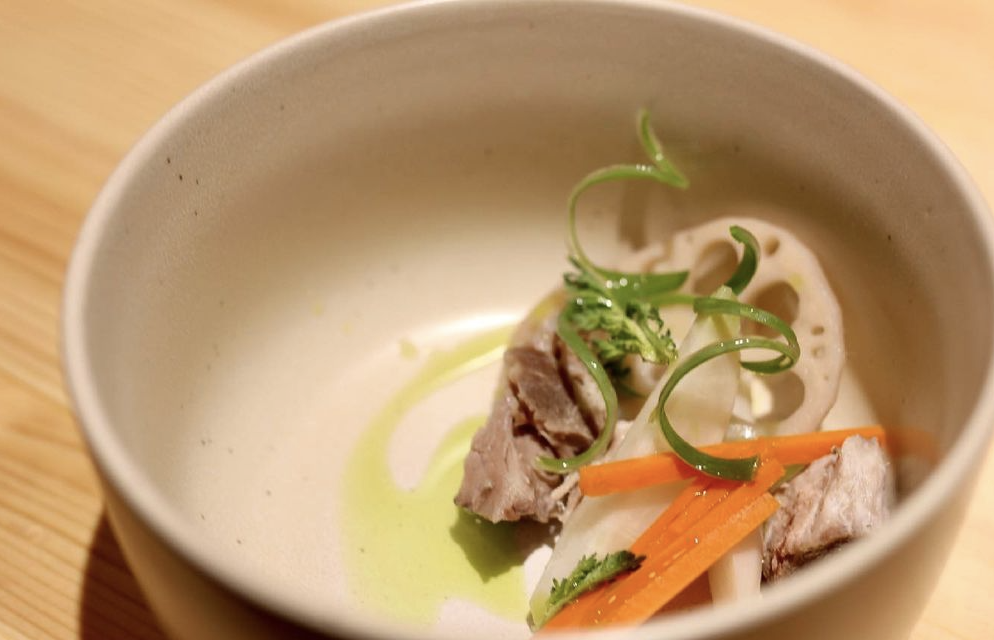 May’s dinner promoted the awareness of Asian American and Pacific Islander (AAPI) month. It acted as a strange against the rise in AAPI attacks plaguing innocent civilians. As an Asian American herself, Leong combines the youthfulness flavors from her childhood with a modern edge. The meal began with a homey rich broth of pork neck soup and was accompanied by chrysanthemum oil droplets. The rich pork belly caramelized in fish sauce and the soft-boiled eggs had sunkissed yolks and velvety texture.

This most recent dinner showcased the works of Chef Andrew Kirsch stepping in for Leong. He too traveled and found a voice to express himself through rustic Italian dishes. Kirsch’s character embodies Sikhona because he decided to forgo his steady job at Barolo Grill as a sous chef for embarking on a position to connect with people. By escaping the isolating nature of back-of-house positions, he talks with his clients to curate the ideal menu for their event through his catering company–Via Alba. 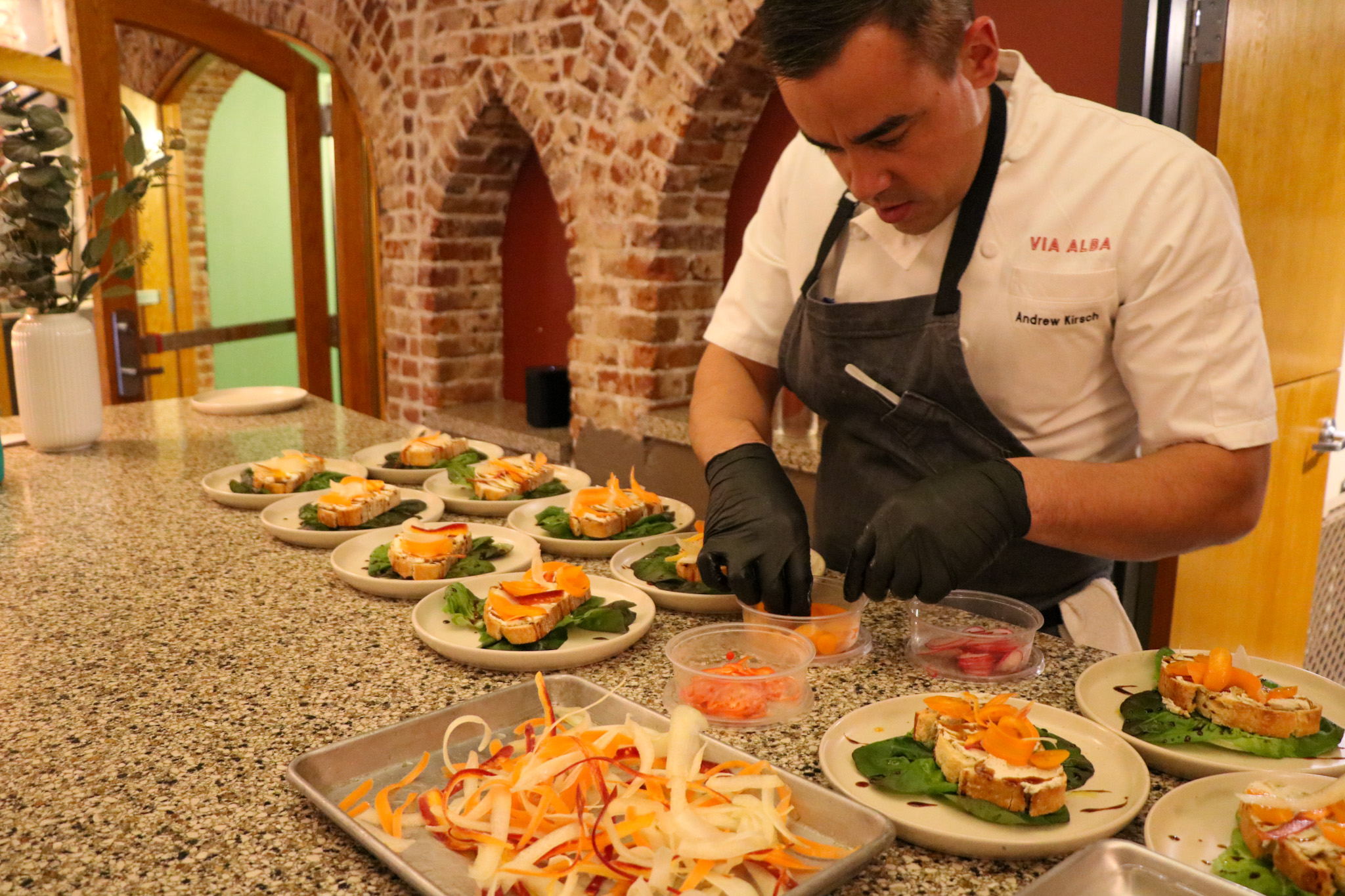 These dinners act as an escape from the heaviness that lurks beyond its doors. Nevertheless, it doesn’t shut it out completely. Together these strangers identify issues and grapple with how they sit among them in the world. They only have two rules: put the phone down and don’t talk about work. There is a greater world beyond that of a cubicle that this night will bring forth.

This past year has been filled with a push for contributing to meaningful conversation. These dinners remove the screens that protect strangers from sharing opinions and bring them face to face. The person with a different view could be just a plate away.

At the table–after each bite is eaten and the silverware heading to the sink–sits ten bonded individuals. It doesn’t have to end in friendship. However, there is the comradery that stems from the vulnerability of opening up and talking.

Since Sikhona aims to have an inclusive dinner, they encourage diners to donate to those that would like to add to the conversation but cannot pay for it financially.

Information for the waitlist can be found here. They are primarily on Instagram.