For years, Denver’s thriving Latin music scene has been the city’s best-kept secret. Salsa clubs bursting with traditional Latin culture are scattered throughout the city, accompanied by local music venues that consistently showcase Latin artists and traditional Latin sounds every weekend. The majority of these bars and music venues, however, demonstrate just a small sector of the expansive and diverse sound cultivated by the Latin community here in Denver.

Each weekend, crowds gather to listen to the sounds of the Caribbean and Northern Mexican region, cumbia and salsa music, while less traditional Latin genres like alternative rock are buried beneath the classic rhythm of a more traditional Latin sound. Thankfully artists like Miguel Aviña, lead singer and guitarist for the alternative Latin rock band iZCALLi, are challenging that complacency, breaking down the walls that encompass the familiar Latin groove, and striving to create more accessibility for the wide range of Latin music here in Denver.

Aviña’s musical journey began long before the genesis of iZCALLi’s eclectic sound. Born into a musical family, he grew up in Mexico watching his dad perform with his hard rock band El Cro. “My dad has always been a rocker, per se. Before being a musician he’s always been a rocker, a performer, I guess you could say,” Aviña explained.

Despite the proximity to music throughout his childhood, Aviña didn’t discover his passion for performing until his late teen years, when his dad finally convinced him to join his band. Inspired by the popular punk rock music of the ’90s like Blink-182 and Green Day, Aviña strived to prove himself as the lead guitarist for El Cro. 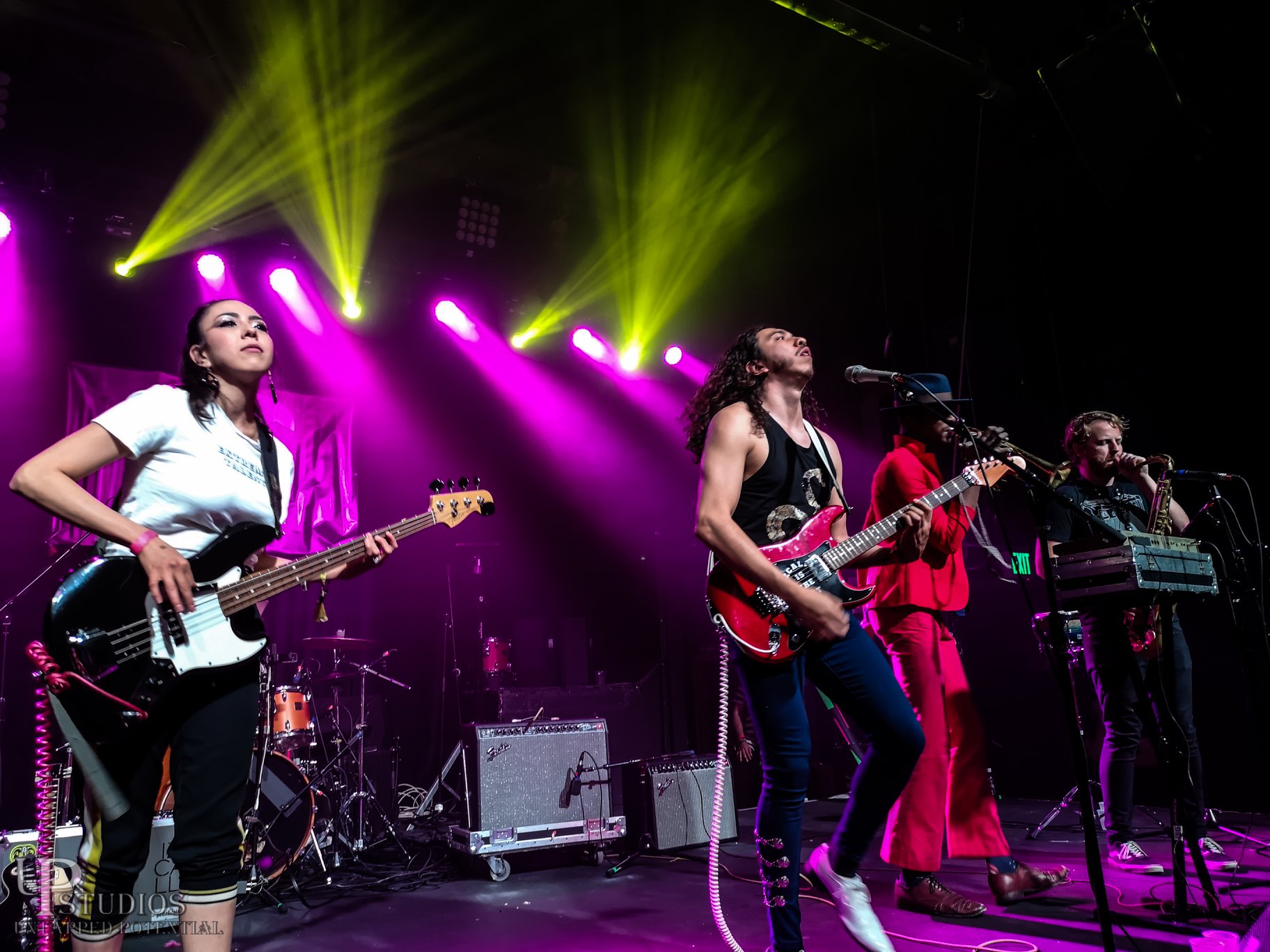 Having had the opportunity to be involved with music during his formative years is not something Aviña took for granted. He embraced the opportunity and learned the art of performing, sharing the stage with his biggest inspiration — his father. During those years, Aviña discovered that a good performance is not merely a showcase of technical ability — it’s a feeling, it’s about passion.

“Performing feeds your soul, really, you’re there to entertain and to give back that energy. I think that’s the key. I think that’s what separates good musicians from great performers. Like you may not be able to pinpoint it, but you can feel it when you see a performer. It’s kind of a two-way street because sometimes you could go and see someone perform flawlessly, but you can’t feel anything.”

“Latin music is all about, if I had to put a word to it, I would say movement. Movement is something that all Latin music is infused with, one way or another.” 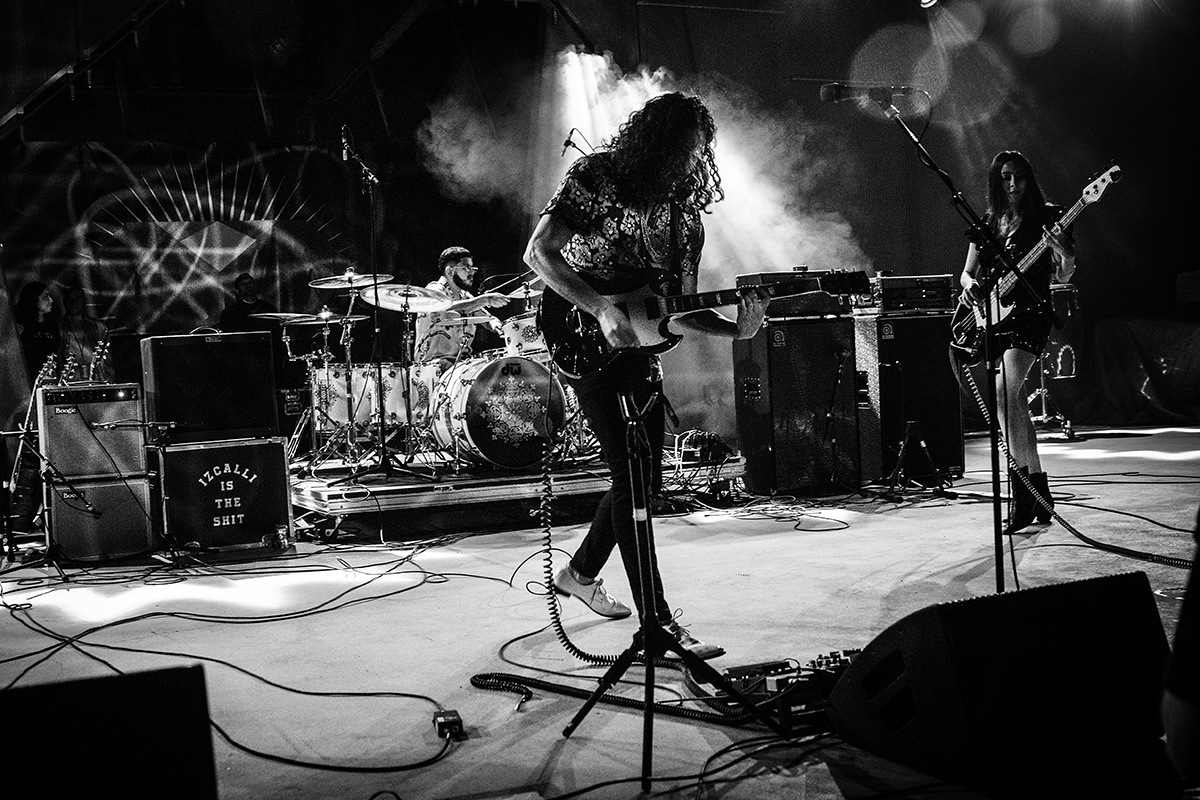 Aviña saw this first hand on stage with his father, who knew exactly how to get the crowd moving.

“Anybody can get up there and perform, but it really takes the frontman, someone with a good amount of energy to get people moving. And that’s the one thing I got from my dad. I can’t stand when people are just standing at my shows, they have to be moving, you know? I don’t feel like I’m doing my job until they’re dancing.”

Watching his audience dance for the sheer joy of the experience is great. It’s a sign that he’s doing something right, proof that his music can provide a temporary escape from the troubles of our broken world. Making music his audience can dance to isn’t the only thing Aviña is concerned with, however. Above everything, he strives to be original. Music is most exciting when artists take risks, step out of their comfort zone and create something daring. Unfortunately, according to Aviña, originality is a crucial element missing in the Latin music scene here in Denver.

“A lot of Hispanic or Latin communities (in Denver) are stuck with certain genres or even within a genre, certain sounds and certain songs, I guess you could say. So there’s a lot of ‘successful’ cover bands that play rock in Spanish, right? So people identify with those bands and know exactly what they’re going to play. There’s a group of songs that are going to be played, no matter what.”

When people think of “Latin music,” they often imagine the traditional sounds of the Caribbean and Northern Mexican region – salsa, cumbia and merengue. These are the sounds that many local Latin bands choose to replicate. There’s certainly an audience for this kind of music here in Denver.

“A lot of the Latin community is based on nostalgia. Even within the Latin Caribbean side of things, they want to hear those classic salsa songs. They want to hear those classic cumbia songs. It’s just what is going to hit, this is what people want to hear. And there is a dark side to that because there’s no risk-taking there. Even if you want to play that genre, I have nothing against it, but let’s take some risks. Let’s do something original.”

It’s easy to understand why Latin immigrants missing their home on the other side of the border might want to reminisce on the music of their childhood. That’s why, every weekend, traditional cumbia and salsa bands sell out concerts at venues across the city. For a less traditional Latin rock band like iZCALLi, however, attracting a big audience isn’t so simple.

“In Denver, because of what we talked about, there being somewhat of a barrier in terms of accessibility, it’s more difficult to have an impact on the scene here. It’s harder for a local Latin rock or alternative band to have that much of a say in terms of what’s really happening and what kind of music is playing within the Latin community, because it’s overpowered by the other side of the Latin music community, which is like, as I mentioned earlier, the Latin Caribbean kind of sounds, and the Northern Regional Mexican sound. I mean, there’s just so much more of that compared to Latin alternative sounds.”

Here lies the root of the problem — accessibility. People have no idea there’s an entirely different, wholly unique side to Denver’s Latin music scene. Discovering these bands is hard, discovering places to watch them perform is even harder. This lack of awareness is a difficult barrier to overcome, both as a listener and a performer. 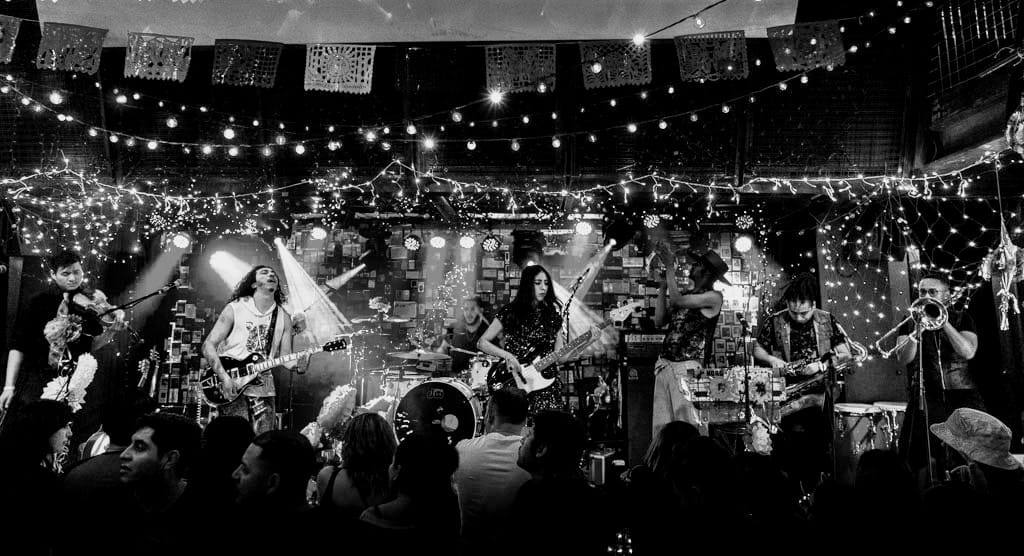 Although iZCALLi has been performing in Denver for the past 15 years, Aviña is constantly confronted by new fans who ask the same nagging questions — “where are you guys from?”,  “How long have you been playing?,”  “How come I’ve never seen you before?”

Despite these difficulties, iZCALLi has managed to make its mark on Denver’s local music scene. Their sound is unique, raunchy, exciting and acutely chaotic. Rock with an undeniable cultural flare. iZCALLi takes risks and refuses to ride the currents of complacency. This daring attitude is deeply embedded in iZCALLi’s diverse cast of band members, which also includes Aviña’s sister Brenda, local legend Wes Watkins and Josh Lee, who immigrated from Korea at a young age.

“Josh and I have talked about this, him being also an immigrant. I think we had a similar experience. We were outsiders coming into American culture and adopting it as part of ours, but also knowing and respecting where it is that we come from in terms of our musical backgrounds, which are totally different, but still understanding that process of how we integrated into this culture.”

Aviña has seen Denver’s Latin music scene rise and fall throughout the last fifteen years. This ebb and flow are more complicated than it seems at first glance, and often reflect the political atmosphere of the American social climate at any given time.

This confluence of political, economic and social influences often dominates musical trends as Denver’s local scene continues to grow and evolve. Thankfully, these factors seem to be working in favor of Denver’s Latin music scene this year.

Rising stars like Neoma, The Mañanas, Lolita, Eric Disiac and Kah Li, and Los Mocochetes are just a few of the Latin artists making waves in Denver this year. There seems to be a tangible shift in the kind of Latin music being created and performed around the city, and Aviña welcomes this new pool of unconventional artists.

Aviña hopes for iZCALLi to be a launching pad for his audience to dive into the eclectic sonic diversity that represents the less conventional side of Denver’s ever-expanding Latin music scene. His efforts to cultivate a more accessible musical landscape continue to make an undeniable impact that’s sure to be felt for years to come.