Getting out of that ticket booth through the doors of an amusement park is Livin La Vida Loca for a kid. As an adult – especially after being locked in for a year – you can take full advantage of the privileges of being an adult with thrilling rides while getting a slice of nostalgia without any worries about a curfew. Keep in mind children are still around and that someone has to clean up, so be aware of your surroundings and stay respectful of other park guests.

With that disclaimer, here are the top five adventure and amusement parks in Colorado to release that pent up adrenaline this summer: 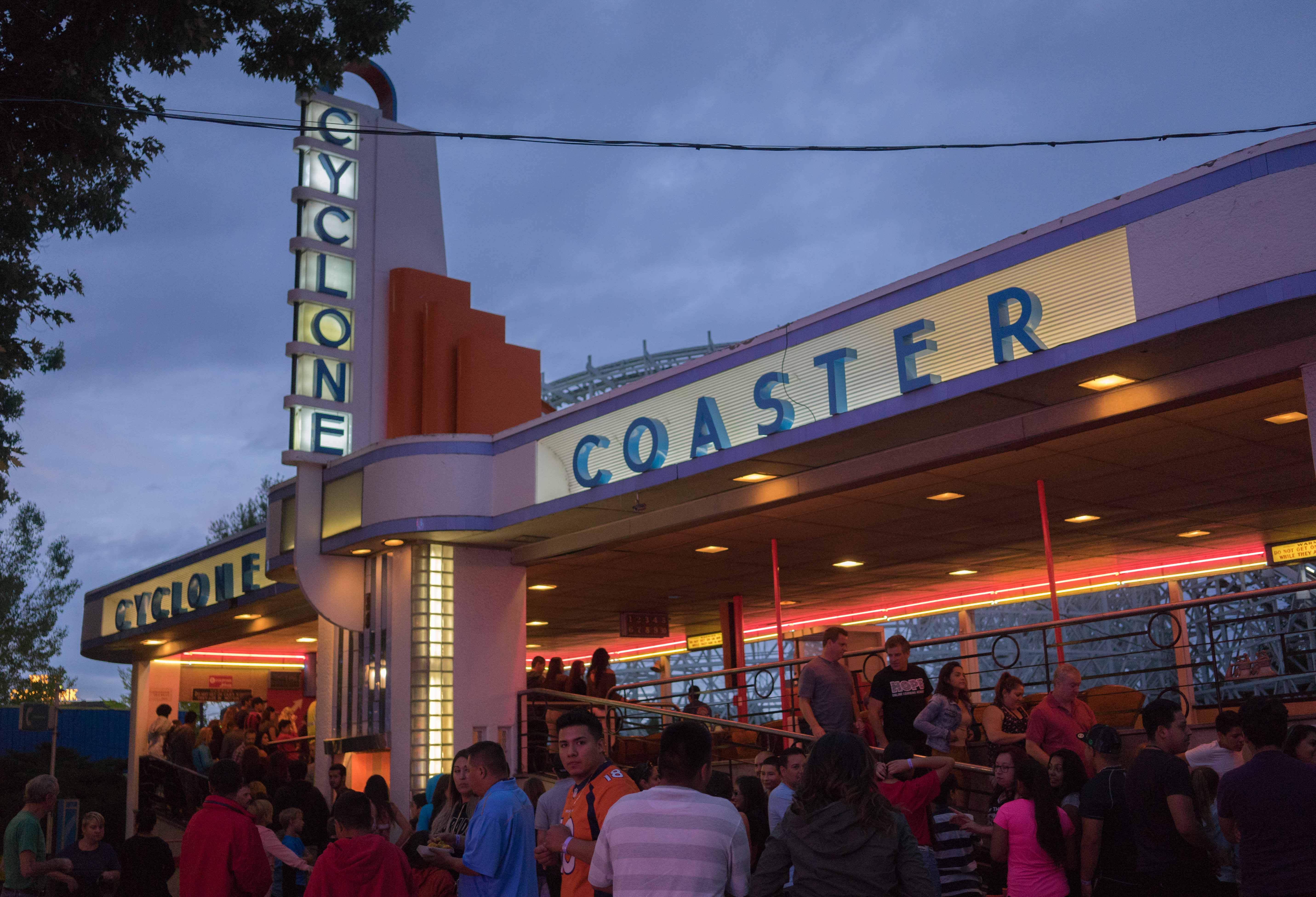 The Lowdown: A family-owned classic park just outside of downtown Denver, Lakeside Amusement Park originally opened under White City in 1908 as a trolley park. It’s one of the oldest running amusement parks in the United States and home to the landmark Tower of Jewels, which serves as somewhat of a totem pole to the popular park. Despite its popularity and historic roots in the Mile High, Lakeside remains a bit of an underappreciated gem.

There’s really no place with quite a distinct reputation like Lakeside. Even if it appears a bit sketchy from the outside, you either grew up going to it, or you’ve been there once while severely intoxicated as an adult and the experience left you with a somewhat glamorized perception of it all – not that there’s anything wrong with that. After staying closed for a year, the popular tourist attraction and local treasure announced plans to reopen later this summer. For an affordable price, you can spend the day kicking and screaming next to children after one too many margaritas at Casa Bonita. Classic coasters like the Cyclone, Auto Skooters and the Wild Chipmunk – which allegedly works wonders for back pain – offer enough adrenaline for all ages, but especially for those craving a nostalgic, Old Denver atmosphere. 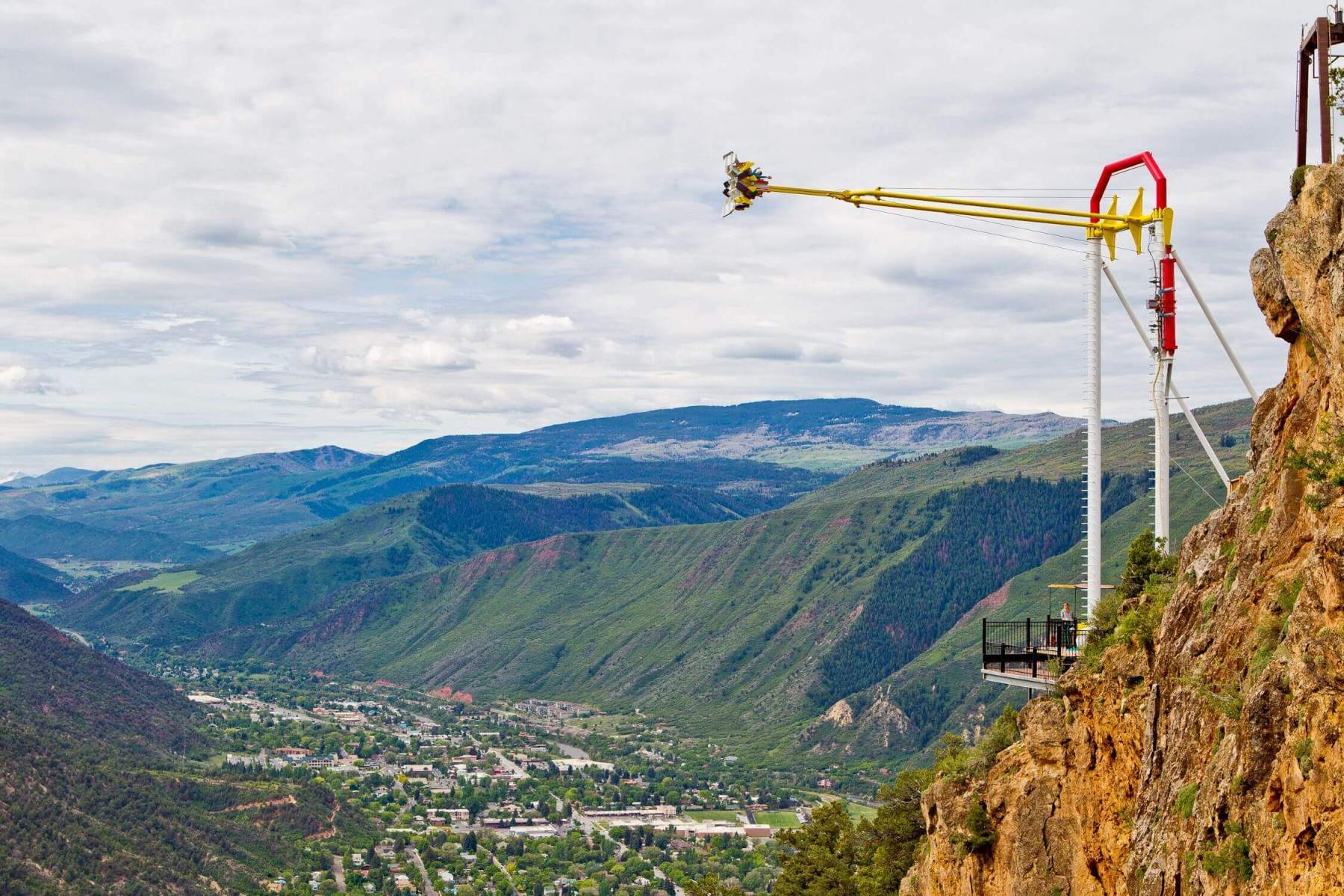 The Lowdown: Well, where to start? Sitting right on a mountain at 7,100 feet, the placement of Glenwood Caverns Adventure Park is an adventure itself. If you’re weekend camping in Glenwood Springs or popping by for a day to soak in some luxurious hot springs and water slides, the popular mountain attraction is a required pit stop for out-of-state visitors and local old-timers alike.

As the country’s only mountain-top theme park, Glenwood Caverns tops its own reputation. A new thrill ride, the Haunted Mine Drop, is a year-round addition that plunges riders 110 feet inside Iron Mountain while ghost miners tell tales of tragedies dating back decades. Other classics like the Alpine Coaster and Giant Canyon Swing offer a jam-packed schedule of rides, activities, and attractions, each suitable for every comfort level. Oh, and the infamous caverns – which can be booked through tours – go without saying, but if you’re looking for a more hands-on experience, opt for the Wild Cave tour. 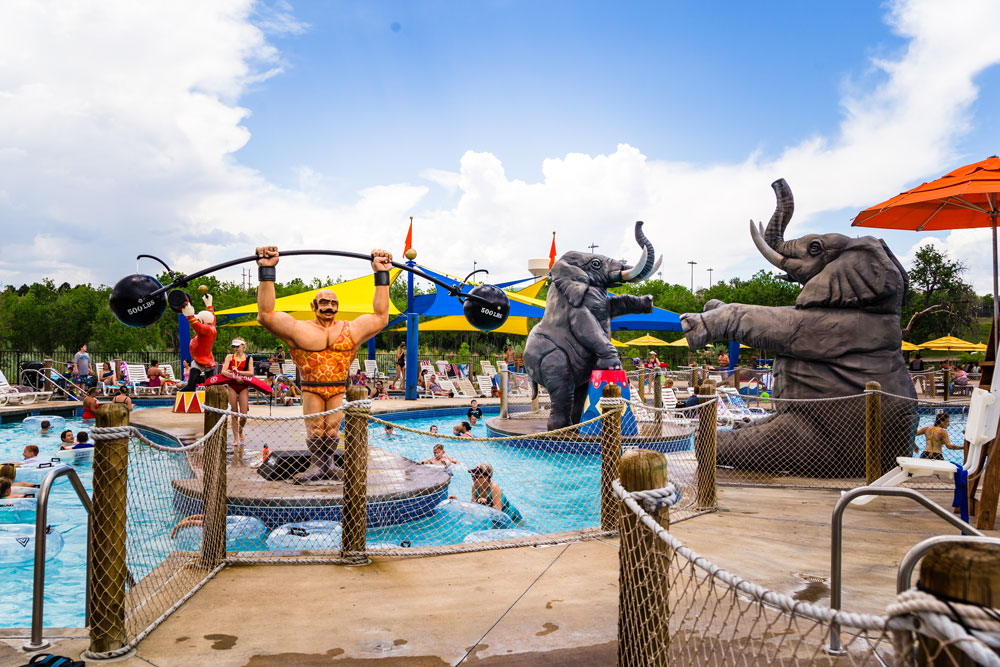 The Lowdown: Americas biggest, America’s best baby! We don’t care if this is a typical one to include, ever since Water World first opened in 1979, it’s been a priority summer destination for Denverites and local city outsiders. Though it’s not actually America’s biggest water park, taking up 70 acres and boasting more than 50 attractions, it still makes it one of the biggest water parks in the country.

Re-opening after a year in which COVID kept the Denver staple closed, Water World is a perfect place for any natives looking to reminsce their youth. Riders of the Storm opt for a family-friendly, aquatic version of the Twister, or take a ballsy, six-floor plunge down one of the three Peaks Speed Slides – Longs, Blanca or Pikes Peak. For a thrilling, family-friendly and kid-friendly trifecta, slide into a Voyage to the Center of the Earth, where Jurassic Park meets Journey to the Center of the Earth. If you’re craving a surf in our landlocked mountain state, go inland surfing at The Wave, located in the park’s South Beach section. When you’re ready to chill out or sunbathe for the day, rent out a private cabana, there’s pizza and frozen cocktails nearby. 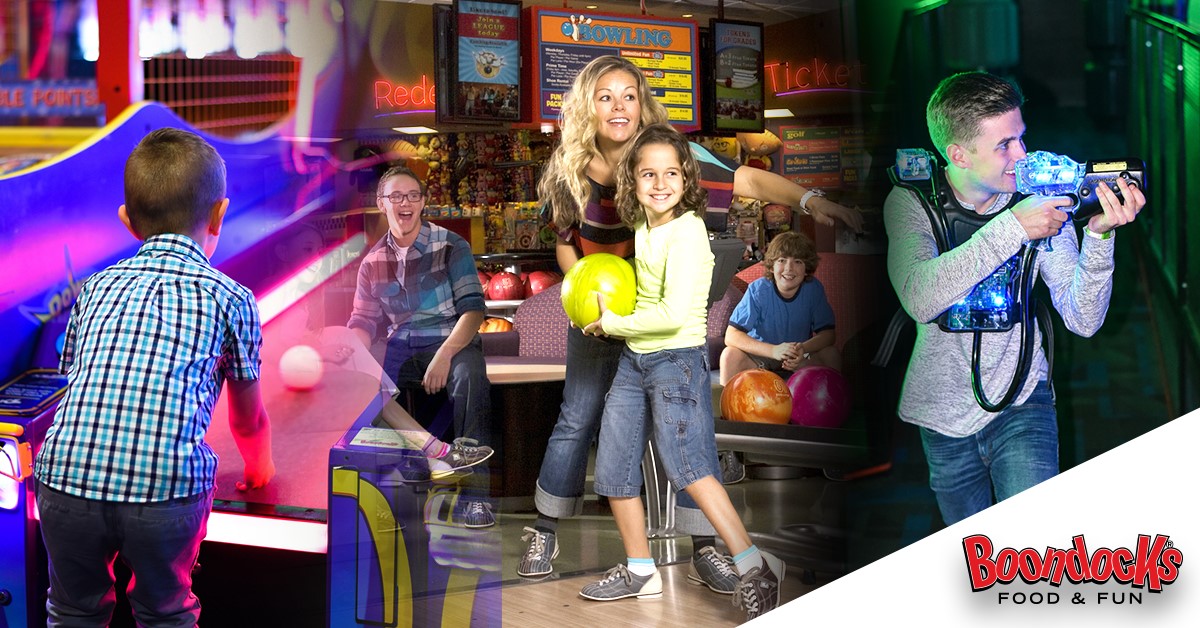 The Lowdown: Boondocks has long been touting its brand as the ultimate spot for good food and fun, but it’s really no tout at all. The food, at least compared to most theme parks, is fair, but they said it best: people stay for the fun.

Stay indoors and keep it chill with bowling, mini-golf or take it up a notch with laser tag or play some rounds of skee ball at the arcade. Those are good options, but the real fun is outside with go-karts and bumper boats to drench your friends with your master blaster. Boondocks is a mild comparison to a full-blown thrilling theme park, but even as an adult there’s plenty to stay entertained at an overwhelmingly affordable price. And if you have kids to watch, there’s plenty of shenanigans to keep them occupied for hours. If you want to enjoy a more private experience, rent out a VIP Lounge with eight private bowling lanes, a personal bartender, pool tables and food and drink service. 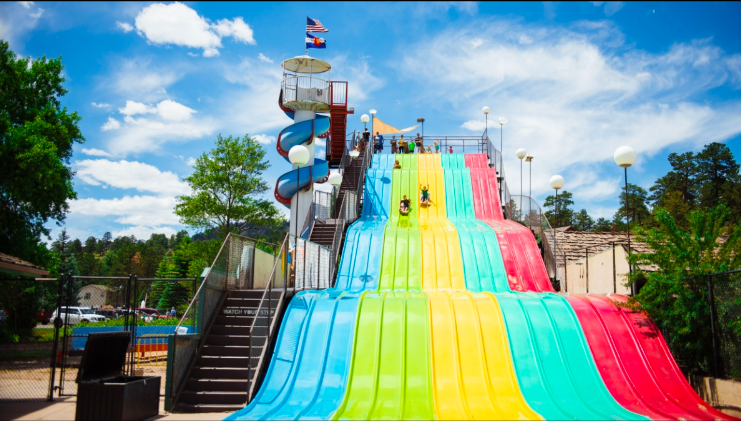 The Lowdown: A bit of a drive outside the city, but worth it if you happen to be nearby, Fun City is a worthy adjacent to some of the other mountain-side attractions and thrill parks. Fun City, which first opened in 1969, has been an Estes Park gem since its conception.

The iconic Giant Rainbow Slide – you can’t miss it even as you drive into the park – offers an adrenaline rush sliding down a trippy rainbow for just $2 per person! If you’re seeking something equally thrilling, go for a bungee trampoline session, that’s kid-friendly, with unbeatable views as you rocket into the Rocky Mountains. Go-karts, bumper boats and water walking containers (if you want to be Jesus for a day) and more mellow options like mini-golf and gemstone panning – an educational and interactive gem collection activity geared towards kids – will keep you entertained for hours.