Though it often flies under the radar, Denver is home to a thriving metal scene that boasts some of the genre’s heaviest hitters. Since local band Cephalic Carnage rose to notoriety in the early-’00s, many other memorable metal bands have planted their roots in the Mile High, including Khemmis, Primitive Man and Dreadnought. However, it’s not just local musicians keeping the scene brutally heavy. Denver is also home to one of extreme metal’s most prominent producers — Dave Otero.

READ: Behind the Indisputable Rise of Denver Metal

A Denver native, Otero’s production career can be traced back to his youth when his older brother convinced him to split the cost of a four-track recorder.

“Of course, I never saw it after that,” Otero recalled. “He just like took my cash and bought this thing, and then it lived with him for the next few years. Eventually, he moved on to other stuff and this four-track kind of came in my possession.”

Throughout high school, Otero used that four-track to record some of his own band’s practices. “So, literally didn’t even have microphone stands. I’m like duct taping cables to the ceiling in the basements and hanging them down over instruments, you know, as low budget as it gets,” he reminisced.

As he approached high school graduation, Otero found himself wondering what he should pursue as a career path. Naturally, he decided to follow his passion. The budding audio engineer began working with whatever local bands would employ him. Supporting his endeavor with serving gigs, slowly, his business began to grow. Today, 20 years later, he runs his own recording studio, Flatline Audio, and works with metal and rock bands from all over the world. 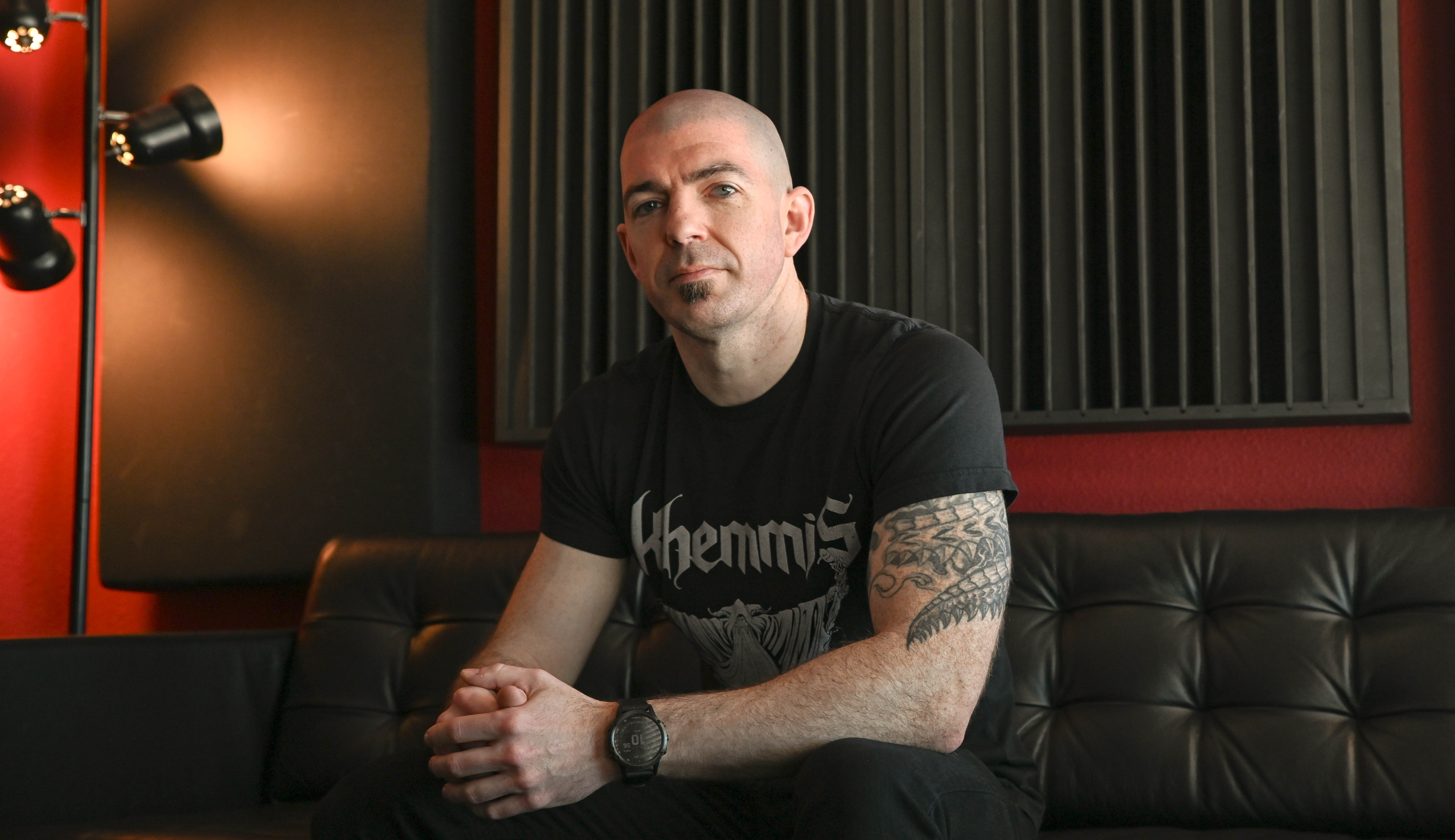 His first big break came in the early-’00’s in the form of an opportunity to produce an album for rising local band Cephalic Carnage. “I think I was like 19 or 20 at the time when we started that album and it was definitely the biggest thing I had worked on at the time, like working with a real record label,” Otero recalled. “I’m having to like talk to and A&R people and business people. [It] was a new experience for me, but being an unknown producer slash engineer at the time, they kind of gave me a chance and I had a lot of fun on those first albums.”

Working alongside Cephalic Carnage, Otero was given plenty of room to experiment. At the time, the band was known for doing things differently from other bands within the genre. The metal producer counts that experience as a blessing, as he believes it was a springboard that helped define the trajectory of his career – and he couldn’t be happier with the outcome.

“You know, those early days of any kind of creative endeavor are kind of what sets the bedrock for what’s built upon it. And I feel like I was pretty lucky to work on some of those albums when I was creating like the early structure of my producing career just because kind of all the doors were blown off from the get-go,” Otero explained.

In the past, recording studios were large entities that employed a plethora of staff to ensure there was someone on hand to take care of even the most minute task. These days, rather than a team of 20 engineers, the producer often tackles all aspects of the recording process. “My role in every project is slightly different, and there are some technical aspects that are obviously the same,” Otero said. “The way I operate, and the way a lot of producers operate these days, is we’re not only the producer. We’re the producer and engineer and the mixing engineer.” 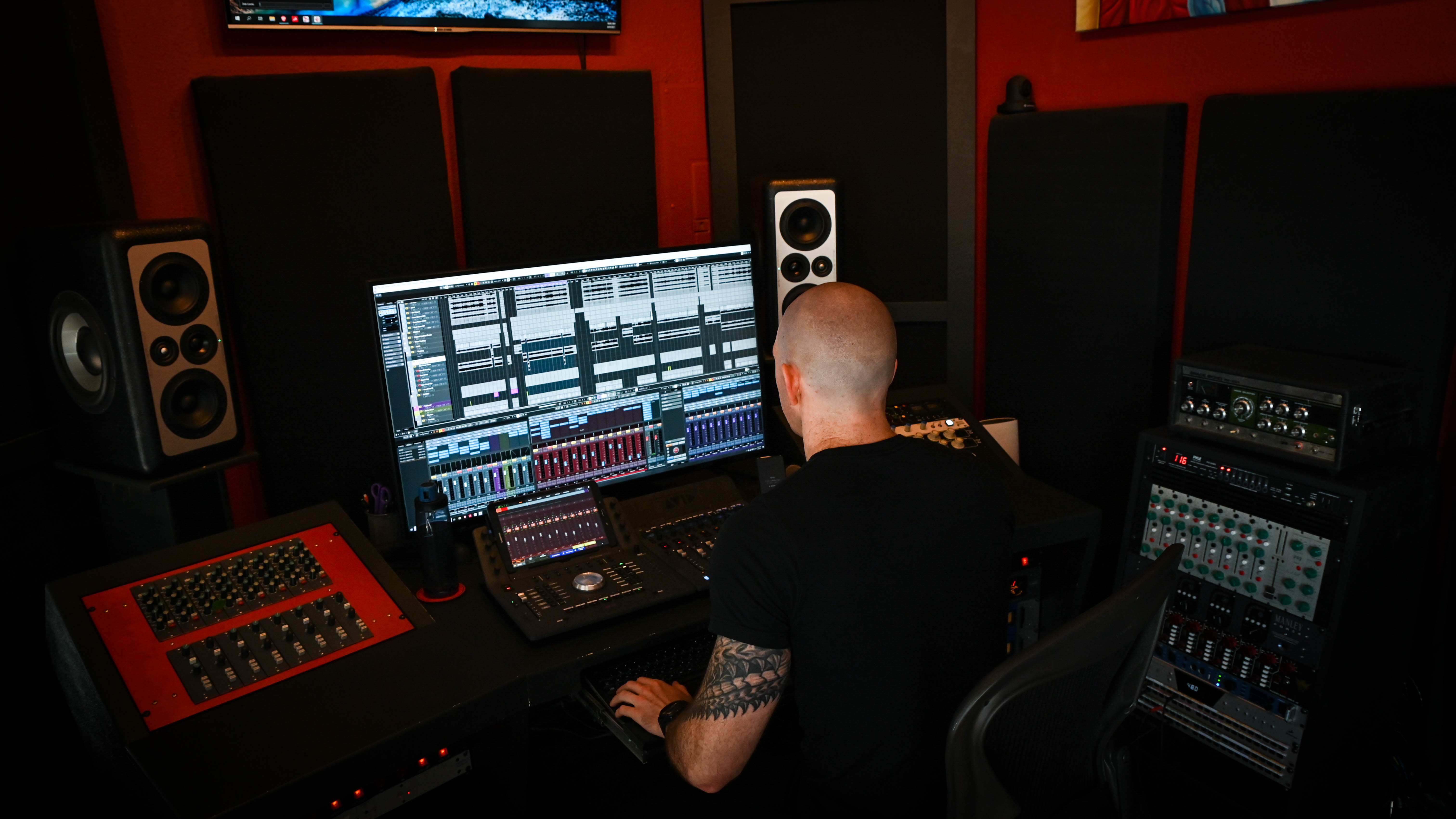 However, the role of a producer entails more than simply recording great audio and polishing it for the record. A producer also needs to be able to discuss creative ideas with the band and translate those ideas in a technical sense. This often means that Otero guides bands through the hundreds of decisions that need to be made every day – or makes the decisions himself if necessary. On top of that, the producer has to communicate with record labels to ensure the album fits the audience and genre that the label has in mind.

Balancing the needs of the label with the creative desires of the band is a tricky aspect of the job, but it’s what Otero loves the most. And the more room for creative play, the happier the producer is. “It’s both frustrating and also more fun if the band comes in with slightly looser ideas of what the album could potentially sound like in the end, because it gives me a little more – you know, [because] things are less defined at that point, which means that I could potentially have a greater effect on the overall product,” he explained.

While every album is a work of art in its own right, at the end of the day, albums have to sell. That’s why it’s particularly beneficial to work with a producer like Otero who has years of experience balancing the artistic vision of the musicians with the business needs of the record label. In the world of metal – a genre with a seemingly infinite number of distinct subgenres – that can mean quite a few different things.

The genre as a whole often gets a reputation as loud and aggressive, but those who listen to metal know that it offers far more than the uninitiated listener might pick up on.

“When you think of the most demanding forms of music to play, metal is definitely up there, alongside some of the most advanced and demanding classical pieces and some real far-out jazz guys are also just like phenomenal players are up there technically,” Otero explained. 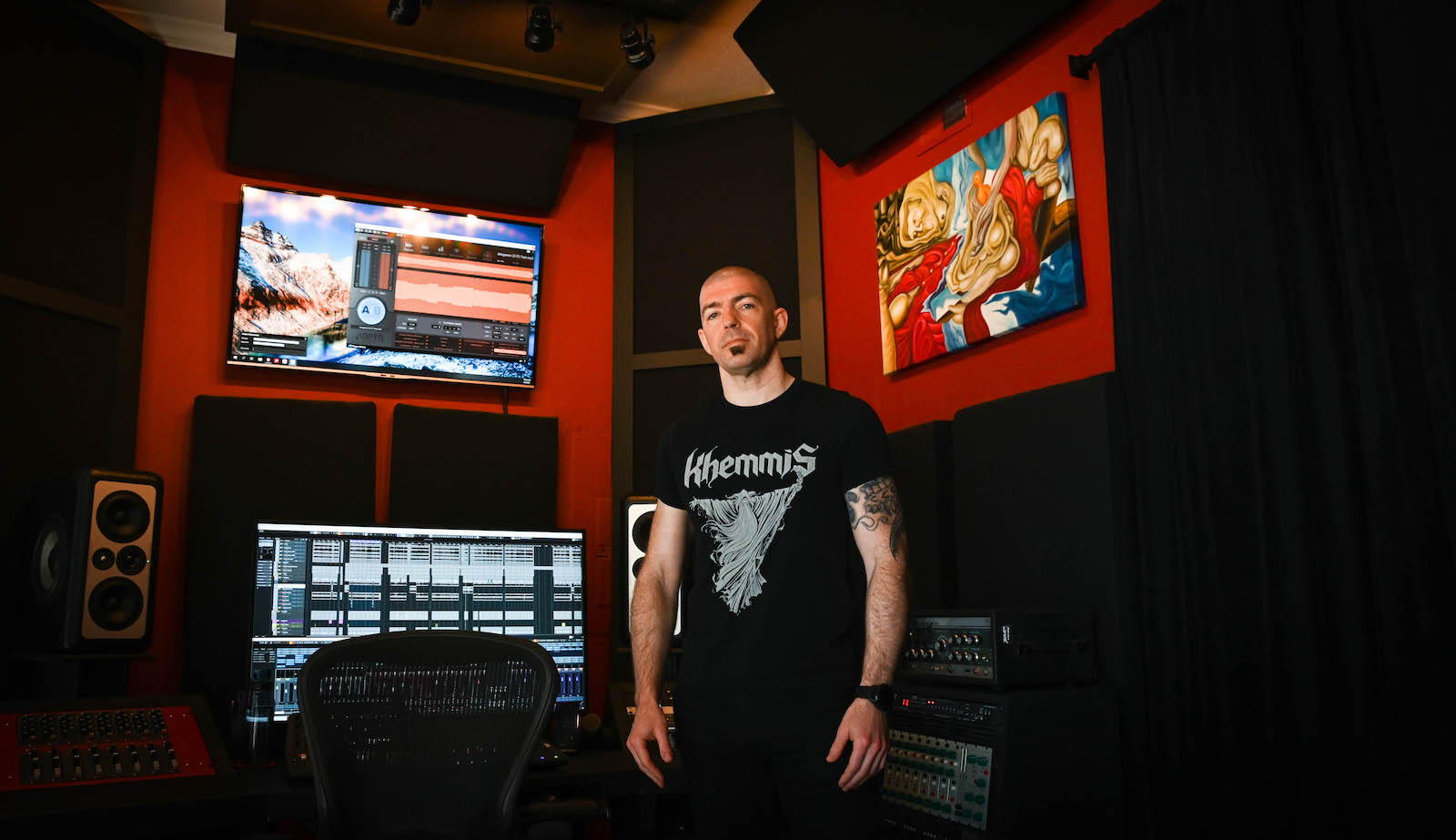 Though he works with a variety of bands within metal and rock genres, Otero is most known for his work within the niche of extreme metal. While extreme metal is known for being particularly fast and aggressive, one of Otero’s strengths is his ability to capture the emotion of the music. Coincidentally, the producer often finds that he is most fond of metal music with high emotional resonance. Regardless of who he works with, his goal is always to make a record that is loved not just by himself and the band, but also by the fans.

As a producer, Otero doesn’t often get to see the impact of his work on fans. However, he makes an effort to catch the live shows of bands he works with any time they come through town. Local doom band Khemmis even went so far as to invite him out on tour with them. While on tour, Otero witnessed the fan response to the work he was part of, an experience that the producer still treasures.

“For me, it’s an extremely cathartic experience. I’m watching this thing that I slaved over with my friends for a long time being performed in front of these people, seeing people around me literally singing along with tears streaming down their faces. That can be so unbelievably emotional and moving and I feel very fortunate to be able to have a part in something that affects people in such ways. That moment, in particular, is stuck in my brain and these guys see this every night from the stage, you know?” Otero said. 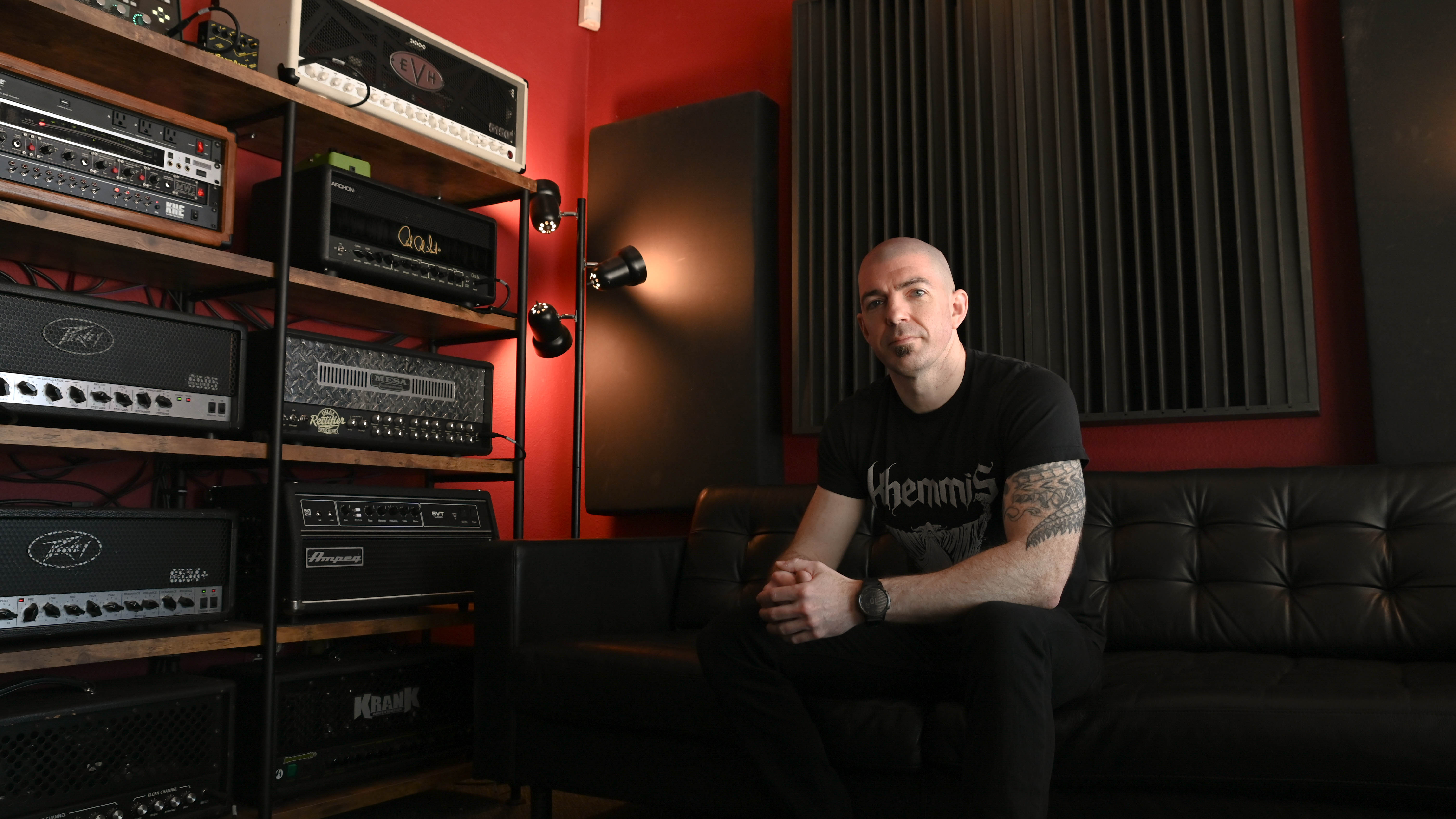 Otero has been fortunate enough to work with some bands, such as Khemmis, for multiple albums. Consequently, a few of Otero’s working relationships have blossomed into bonafide friendships. Something that can be an invaluable benefit in a day and age where technology makes it easy for nearly anyone with a computer to become a producer overnight.

Along with YouTube, there are plenty of other sources for aspiring producers to hone their production skills, including courses from URM Academy that Otero occasionally teaches himself. This availability of knowledge has elevated the music to a level where songs can be flawless, where every note is pitch-perfect and in exactly the right spot. However, that level of perfection often loses the authentic and natural feel of the music – and not everyone wants to jump on that trend.

“It’s definitely changed music the way technology has advanced in the past 10 to 15 years in particular. Being someone on the inside, I can definitely hear it. And there are some bands that push back against that, you know, that see that happening and don’t really like that sound and make extreme efforts to avoid it and create everything in a bit of an old-school manner,” said Otero.

While not every band aims for a perfectly polished album, it is increasingly becoming the standard. However, that doesn’t necessarily leave Otero in a bad spot – with 20 years of experience, the producer has far more to offer than simple technical savvy.

Knowing the ins and outs of how to balance the needs of both the band and the label is a unique skill set that can’t be learned online. While invaluable, those skills can be difficult to label, they’re invaluable in producing an album that everyone can be excited about, including business-focused record execs. “They’re like those intangible aspects of guidance throughout a project,” said Otero 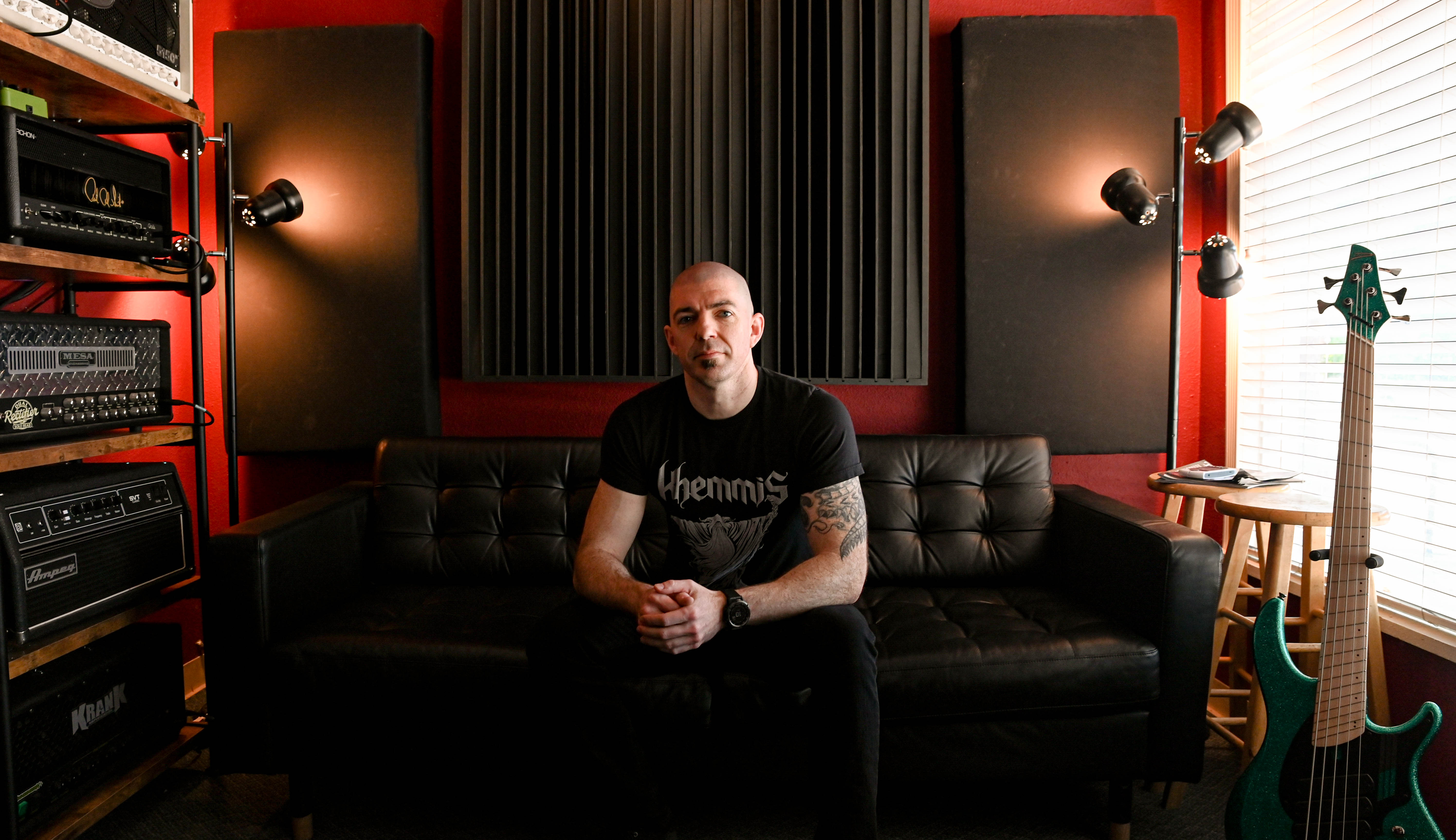 Many of those skills were put to use throughout 2020 as bands canceled their tours and instead booked studio time to keep themselves busy throughout the pandemic. Now, months later, much of that work is finally beginning to be released, giving fans throughout the metal community plenty to be excited about – especially for fans of Otero’s work.

Along with new music from Khemmis, Otero worked to produce music for Archspire, Tetrarch and many more bands. “Almost everything I’ve worked on during this latter half of the pandemic stage I’m just incredibly proud of. Not only from my end as far as the technical side and the sound of the production mixing stuff, which is a little more just on me, but also the songs. Like, the new Khemmis album is just so good!”

While music production and recording are evolving faster than ever, Otero has proven to be not only adaptable but an indispensable asset to the metal community at large. Highly sought after by bands across the globe, Otero sets himself apart with his caring approach to nurturing the artistic direction of artists. The result of that care is music that communicates the artistic vision of the bands on a deep level with fans.