Denverites rejoice because, after a long year, Juneteenth is finally just around the corner. Marking the late emancipation of slaves from Texas, more than two years after Abraham Lincoln signed the Emancipation Proclamation, Juneteenth, observed on June 19, is a celebration of freedom. Every year in mid-June, the Five Points neighborhood organizes the Juneteenth Music Festival. With food, music, activities and most importantly, education and self-improvement, the festival aims to honor a shining moment in African American history and celebrate Black artistry. While in a different format than the years prior due to COVID-19, Denver’s Juneteeth festivities will, in fact, move forward this weekend.

Unlike 2020, which saw a completely virtual Juneteenth, Coloradans will be happy to know that celebrations this year are a hybrid of in-person and live broadcasts. Last year’s COVID-friendly, the online festival reached upwards of 200,000 people, allowing organizers to re-imagine what celebrating Juneteenth would look like. Now that the groundwork has been set, they can re-focus and re-target their efforts to accommodate plans to provide a safe outdoor celebration this year. 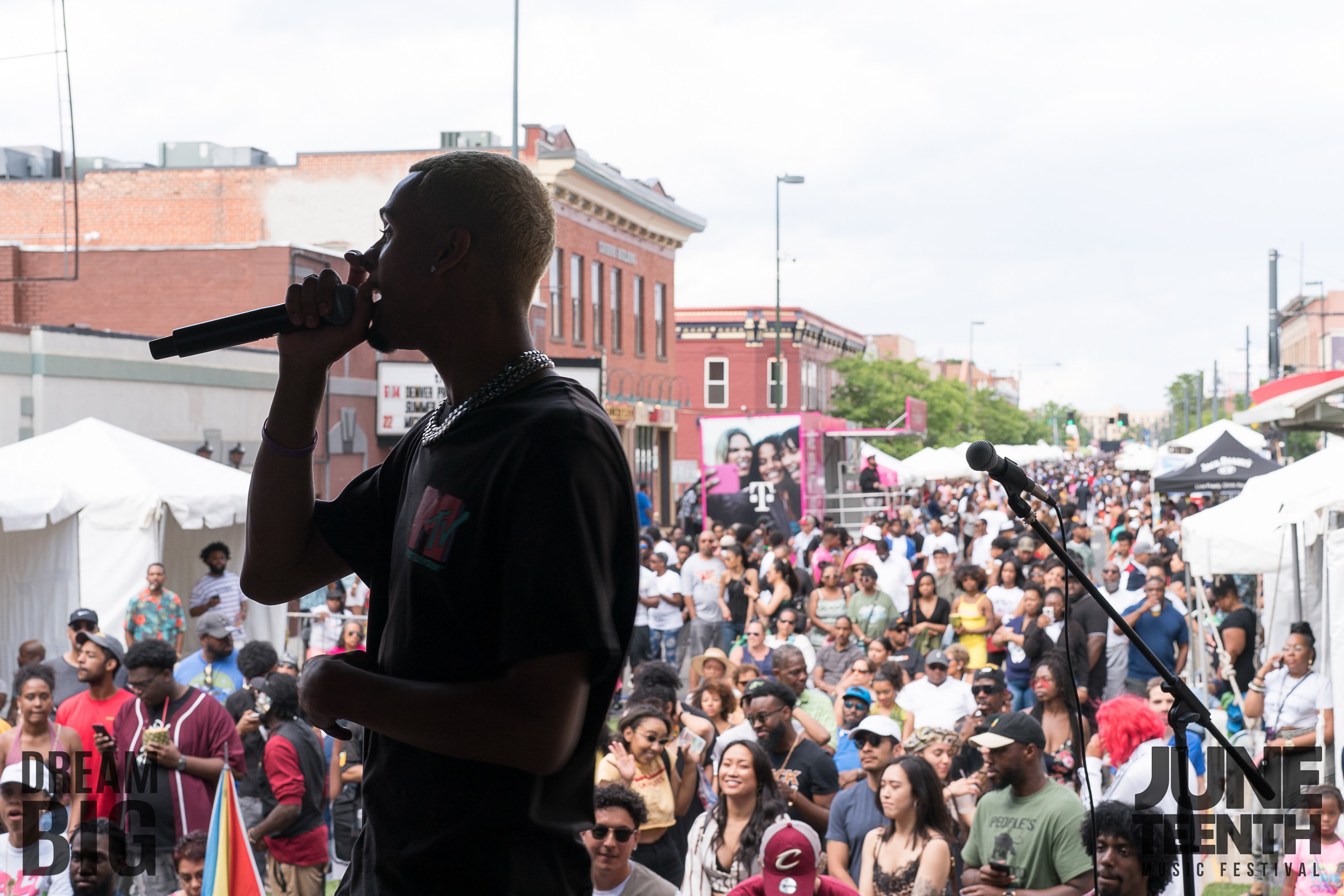 Additionally, not only will this year’s celebrations follow the historical Black Lives Matter protests of last summer, but for the first time since its conception, Juneteenth will be considered an official commemorative holiday recognized by the city of Denver.

“This long-overdue recognition honors African American freedom, history and achievement, renews Denver’s commitment to equity, diversity and inclusion and opens the door for residents, especially our young people, to be educated about this moment in American history — learn from its lessons, and embrace and understand its impacts on modern culture,” remarked Mayor Hancock, upon declaring Juneteenth a commemorative holiday.

Its impact on modern culture is due to Juneteenth’s long and rich history in Denver. It began with the large migration of black people from Texas to Denver, but specifics of the celebration can be traced back to one noteworthy Coloradan — Otha P. Rice Sr. In 1953, the Five Points entrepreneur opened his restaurant, Rice’s Tap Room and Oven, to bring the community together and celebrate their heritage. By doing this, he united the community and started many of the traditions you see at Juneteenth celebrations today.

Check out The Past, Present and Future of Denver’s Iconic Juneteenth Music Festival

At Rice’s gatherings, you could find soul food, Red Kool-Aid and passionate music. In modern celebrations, attendees will find many similarities. Guests can indulge themselves in black-owned, local restaurants and “cookout'” style food while treating their ears to talented, local musicians like Danae Simone and DJ Jazzy Jeff, among others.

“Equity and opportunity are at the heart of our vendor and music selection process. We want to make sure that as many people as possible from our community can put their products and services in front of tens of thousands of people,” Creative Director of the Juneteenth Music Festival, Erica Wright, said. “And, we want to give performers the opportunities to put their artistry on the Juneteenth platform along with being compensated for their talent.”

The thoughtful vetting process that went into choosing the artists and vendors will make the three-day-long festival jam-packed with fun activities for guests. This year, the large-scale music celebration, typically celebrated in the heart of Five Points, will instead take place at Levitt Pavilion and will feature 112 alongside Rachel Bailey, the Grand Alliance and KDJ Above. 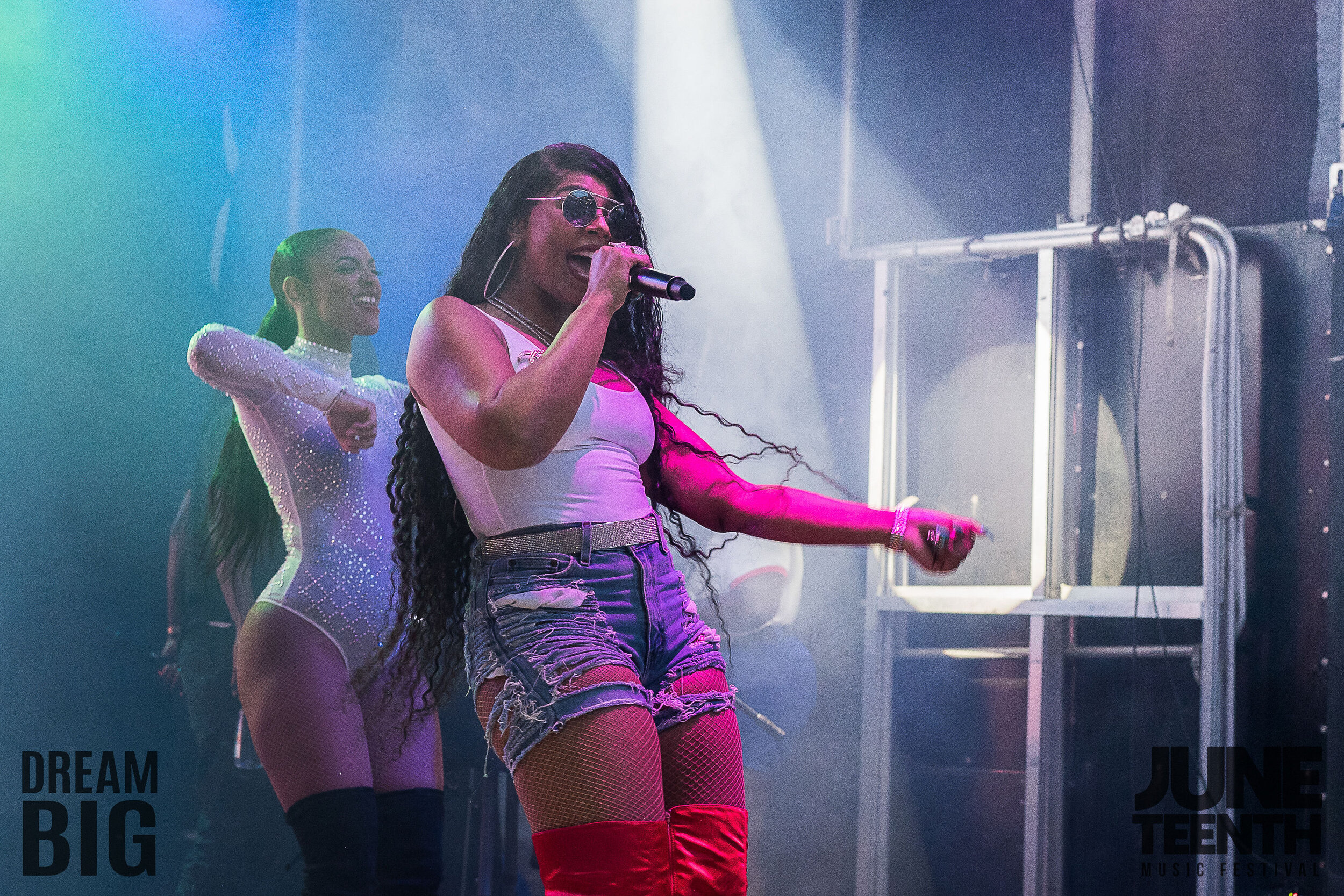 For many years Denver Pride and Juneteenth have fallen on the same weekend. But for the first time, rather than having Coloradans choose between the two celebrations, the planners of PrideFest at The Center on Colfax have cleared the way for Juneteenth festivities, moving Denver Pride back a weekend, and introducing Black Pride — a celebration of the Black LGBTQ+ community.

A common goal the LGBTQ+ and Black community share is taking up, creating and keeping safe spaces. With Pride and Juneteenth working together this year, the organizations are helping the community come together and connect.

“The LGBTQ+ community and Black community have worked together since the beginning. Recognizing folks of color is important. The big goal this year is to support communities of color, specifically queer black folks, trans, nonbinary and indigenous folks,” said Dr. Tara Jae of Youthseen “It’s not often that we’re seen, so being seen and heard — really heard, is important. It’s a part of our healing process.”

Denver Pride is also doing its part in recognizing queer communities of color in its entertainment. In particular, the Gospel Drag Brunch on June 20 at X-Bar features prominent Black queens, Krystal Towers and Felony Misdemeanor. Additionally, musician Marcy Smith will kick off the weekend with a moving performance of the Black Anthem at The Strange Fruit Of Black Excellence Gala on June 17 at the Denver Botanic Gardens. 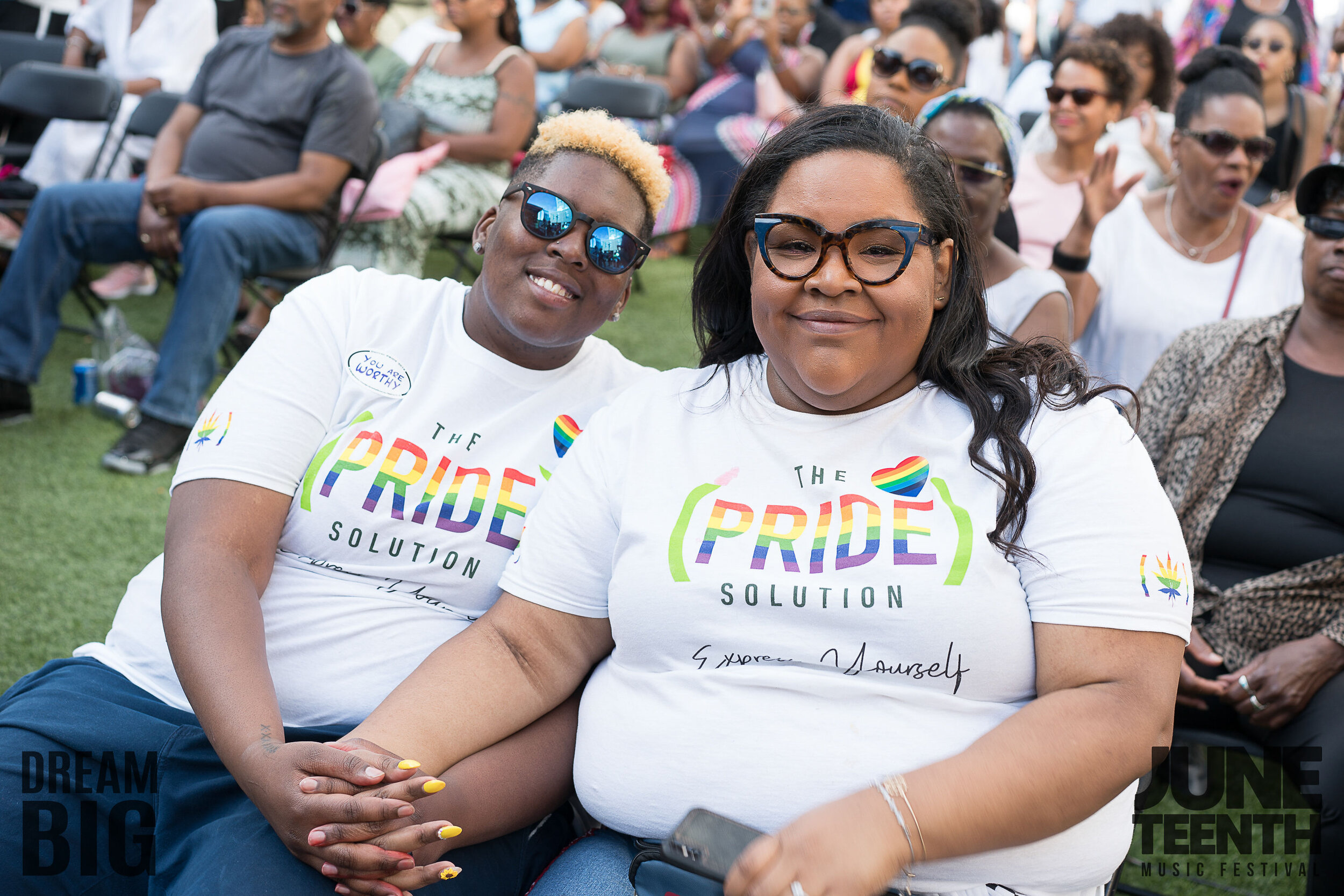 President Barack Obama said it best when he described Juneteenth, saying, “[Juneteenth] has never been a celebration of victory or an acceptance of the way things are. It’s a celebration of progress. It’s an affirmation that despite the most painful parts of our history, change is possible—and there is still so much work to do.” After the historical year that the United States and the world have experienced it’s more important than ever to keep this sentiment in mind, and celebrating and including more community in this historical holiday is more important than ever.

Check out the full lineup below:

June 15: Support the Juneteenth Music Festival by grabbing lunch/dinner at any of the 14 Colorado Cheba Hut locations for Juneteenth Eats.

All photos courtesy of the Juneteenth Music Festival’s official website.