The Past, Present and Future of Denver’s Iconic Juneteenth Music Festival

Juneteenth celebrations in Denver have a long-standing history, dating back to around 1968. Juneteenth Music Festival executive director Norman Harris explained the history of Juneteenth in Denver as being a product of a large migration of people from Texas to Colorado. “Those times, Black folks, they concentrated in the Five Points area which became a cultural epicenter for black people and businesses,” Harris explained. “One of the traditions that was pretty much born from that was the Juneteenth celebration — which at one point was even up to five days long, I believe, and attracted hundreds of thousands of people every year.” 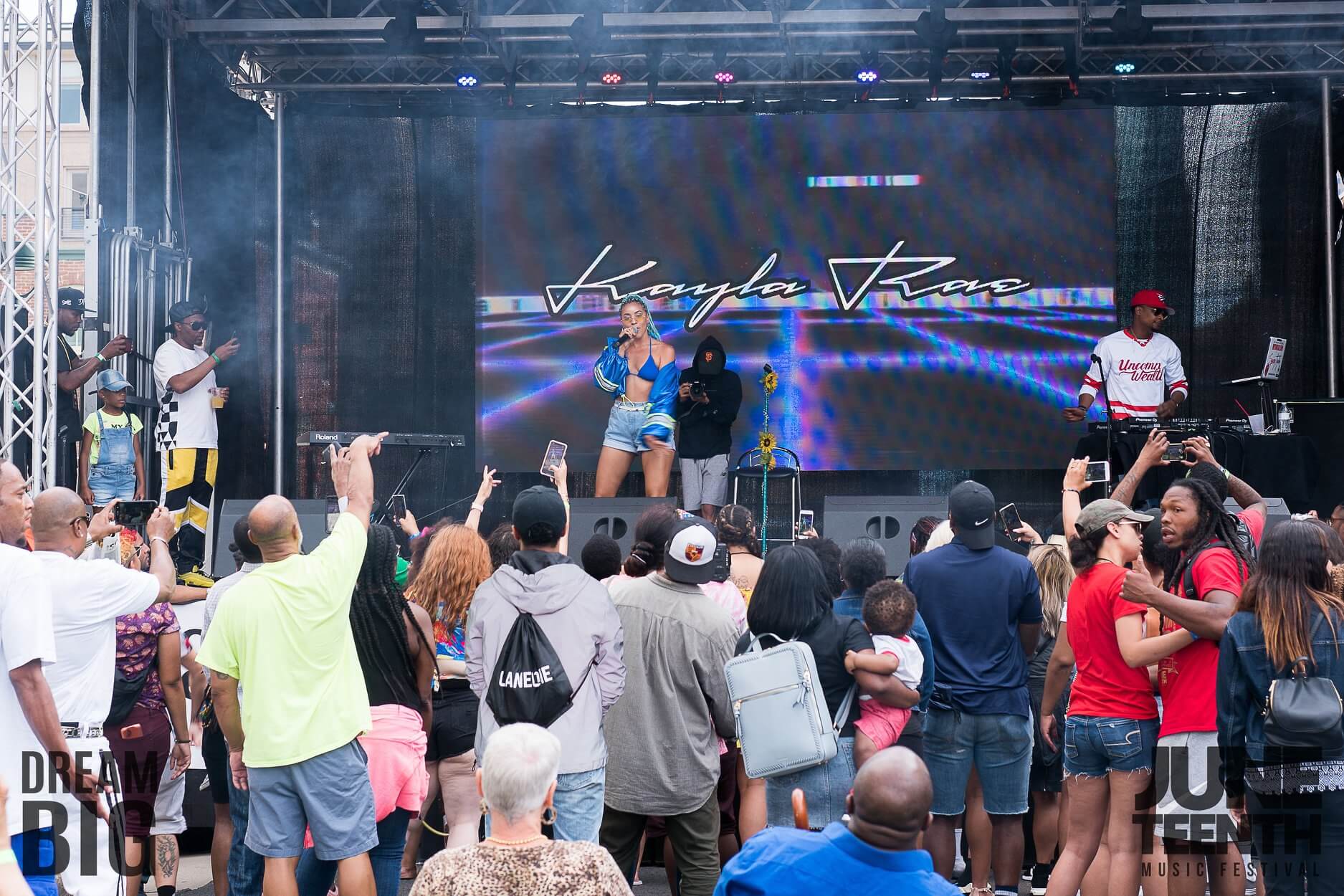 It was out of respect to that tradition that the Juneteenth Music Festival was born nine years ago and has become one of the biggest Juneteenth celebrations in the country. The organizers of the festival have had to get creative this year to work around the limitations coronavirus has presented in our society. However, they didn’t find it as difficult as they thought to make the celebrations virtual.

“Really it just started with us believing that we could reimagine the celebration in a virtual format,” Harris said. “We are so ingrained in the culture and spirit of Juneteenth, so it wasn’t quite as challenging as we thought it would be.”

The goal of the music festival is to create a platform for creatives and musicians of color. Celebrations will include performances from musicians like The Reminders, 1-natVson-1, AMEAZY, Shyne TheGoddezz, among others, and will also include a hip hop cipher with over 10 musicians. The legendary DJ Jazzy Jeff will headline the festival on June 18, spinning a “’90s vs. Everybody” virtual house party. “We’re proud of the fact that we provide a platform, but we also respect them as working artists,” Harris said. “We have paid artists and we’re paying them this year for their contributions.” 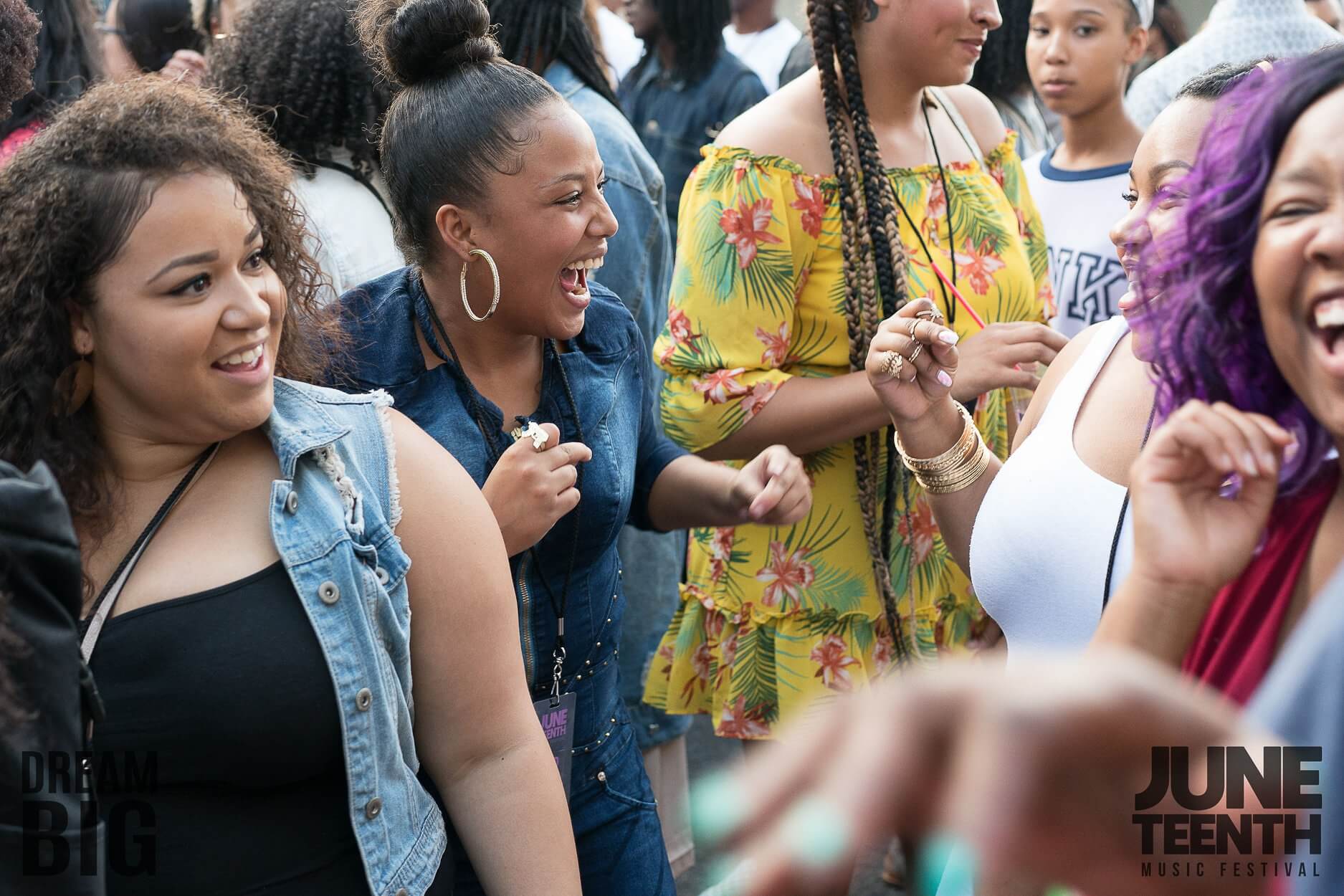 Another huge part of the Juneteenth Music Festival is also lifting up local businesses and having them participate in the music festival as vendors and merchants. Historically, 150 to 200 small businesses participate in the festivities and that will not change this year with the festival’s new virtual marketplace. As coronavirus continues to disproportionately impact communities of color, the festival has also taken on a new mission this year to lift those businesses up with a more permanent impact.

“What we’re really trying to do is help our constituents — like we’re teaching our constituents how to fish. We feel if we can teach them how to fish as opposed to just giving them a fish, we’ll all be able to come out of this pandemic even stronger than what we were before. So, a part of the service that we provide is a consultation to our vendors in regards to helping them create virtual profiles, helping them develop their web sites, helping them with marketing campaigns. We just actually entered into a sponsorship with the Rocky Mountain MicroFinance Institute, who’s actually sponsoring 30 merchants to be in our marketplace,” said Harris.

Part of having the festival take place online means that more than just businesses and artists can participate. In addition to streamed performances and the virtual marketplace, the festival will also be streaming yoga classes, live podcast recordings, and poetry from Theo Wilson, aka Lucifury. With a wide range of programming, there’s something for everyone. 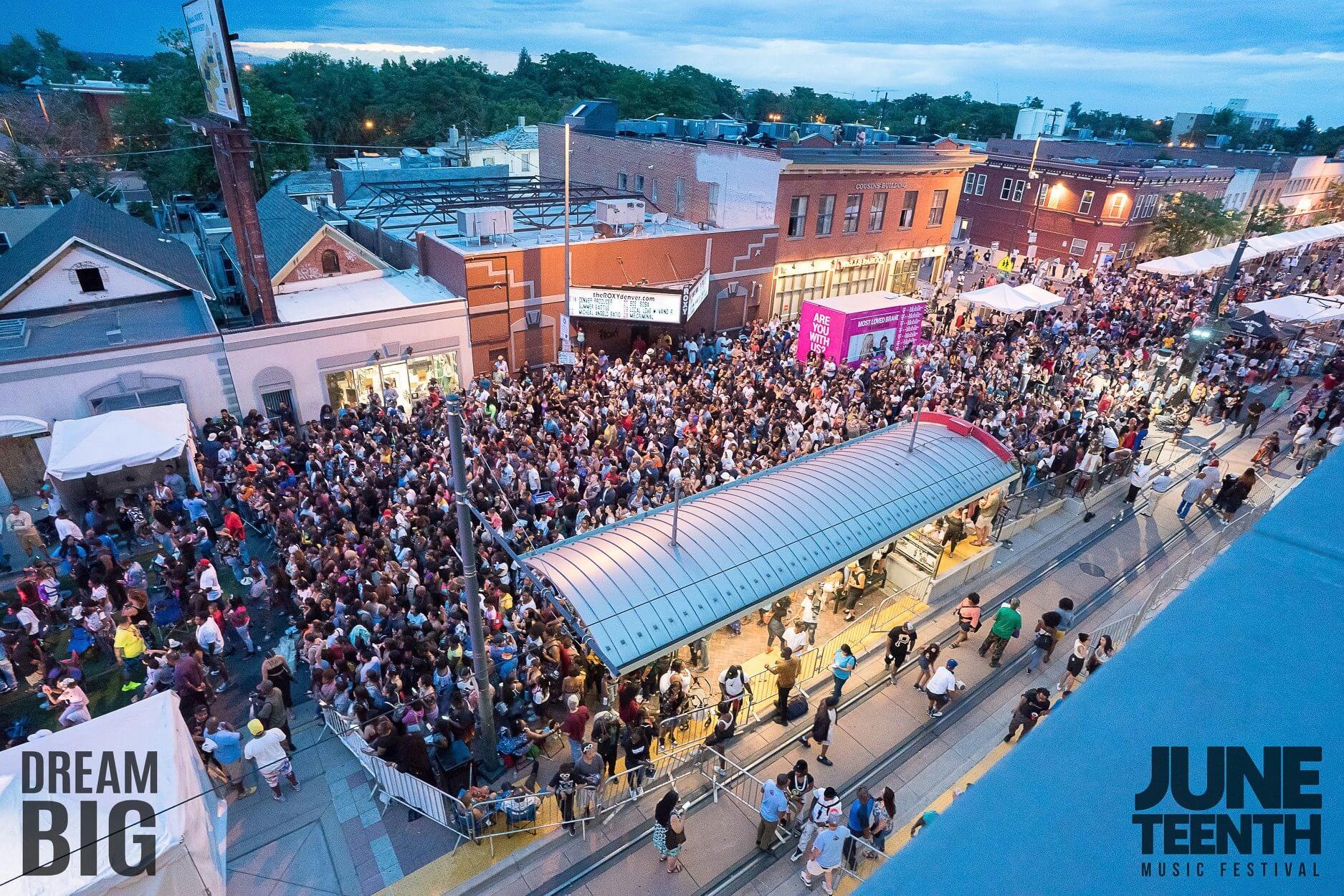 This year’s festival will also honor their slate of DREAM BIG awardees — individuals who have contributed to the success of the community in service, business and entertainment. A few of this year’s awardees include Colorado Senator Rhonda Fields, Denver Public School Board At-Large Director Tay Anderson, GRASP mentor Jason McBride and journalist Joy-Ann Reid. The DREAM BIG program is now in its fourth year, and this year’s awardees will join a long list of previous awardees that includes Cleo Parker Robinson, Rep. Leslie Herod and Sony/ATV Music Publishing CEO Jon Platt.

The festival plans to honor the countless lives lost at the hands of police brutality by providing historical context to recent events and also sparking uncomfortable conversations. Ultimately, Harris believes that Juneteenth is not just an opportunity for education, but also a step on the way to healing. Part of this healing, he says, includes making Juneteenth a national holiday, something the festival is petitioning the national government for.

“When I say that Juneteenth stands at the forefront of trying to provide a space for healing, I’m very sincere about that. If we can’t give ourselves a place to maybe laugh, a place for us to cry, a place for us to reflect, how are we going to move forward? And so, what we’re trying to do, and that really builds into what we’re working on, as far as getting it to become a national holiday, is that we don’t believe that the United States of America has wholeheartedly acknowledged the institution of slavery… We need more awareness — we need more acknowledgment. Once we get there, a lot of these systemic problems that our country has that are seven, eight generations old, will start to fix themselves, but they don’t start to fix themselves if we just don’t acknowledge where the challenges are and where the wrong is,” said Harris. 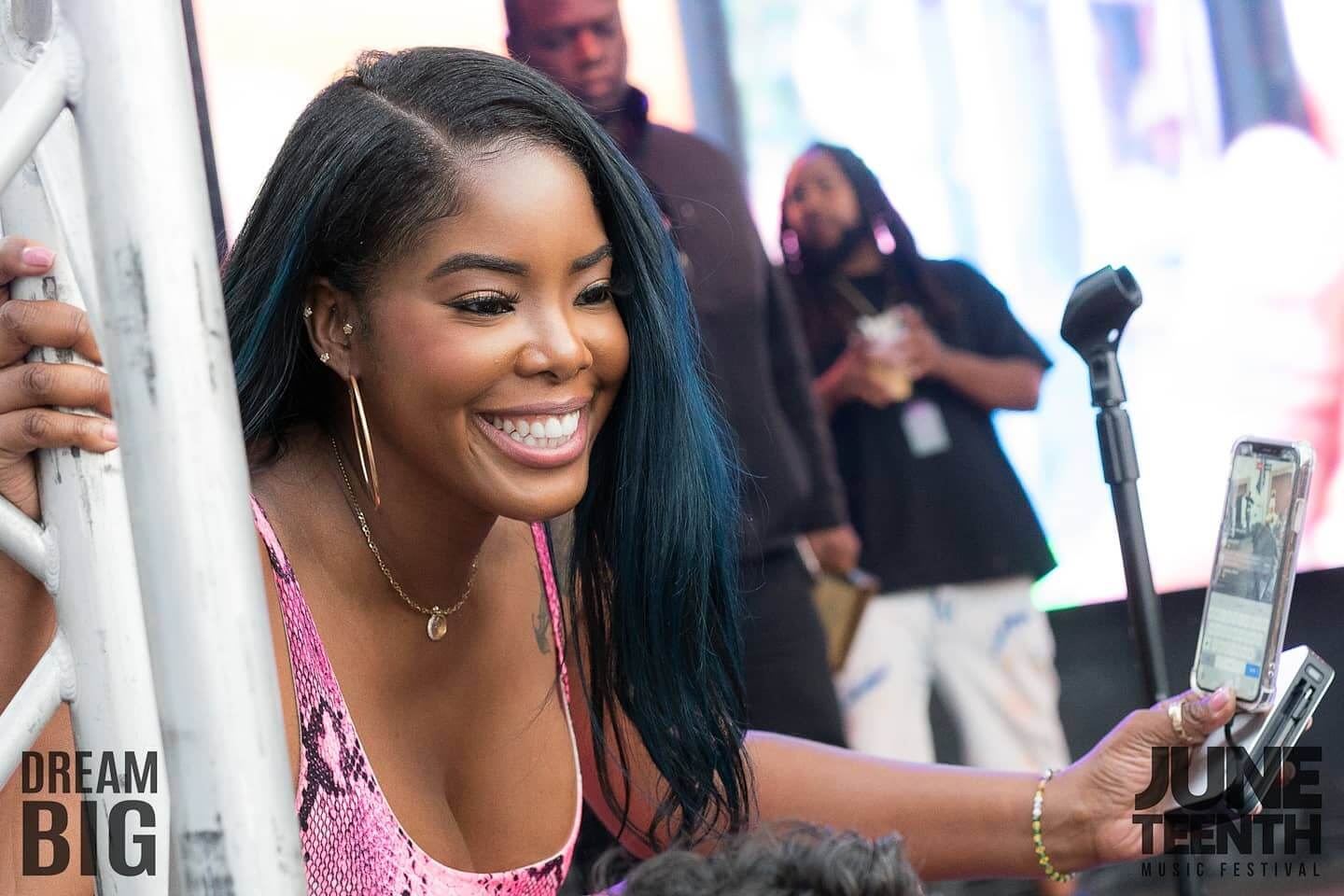 With this new format, Harris says he hopes the festival will be able to reach a wider audience — he has a goal of one million people streaming the festivities. Harris says that what we are seeing in the country is a grassroots movement for justice, and he hopes this festival will help this movement by providing it with yet another platform. “Juneteenth has always been a piece of trying to establish justice, and we’ve seen so many folks galvanize from all different walks of life, all different colors — probably one of the most beautiful things that the world has seen in these last couple of weeks,” he said. “That’s been born out of a lot of tragedy, a lot of pain that us African American people have experienced, but what the Juneteenth celebration is, is it’s an example of how we have transformed our tragedy into triumph.”