The runway is back and ready to make its debut this summer ‘21. Designers from all over the Denver area are ready to share their collections at Denver Fashion Week. After waiting a long year to finally share his collection, one of those local designers, AJ Machete with Machete and Sons, gave 303 Magazine a sneak peek at his collection for Day One.

A Harvard philosopher turned fashion designer, Machete found his purpose in life when he discovered the art of creating fine clothing. Through his work, Machete has focused on making menswear for formal occasions. In this year’s collection, Machete uses a lot of bright colors, new fabrics and radiates positive energy throughout the pieces. 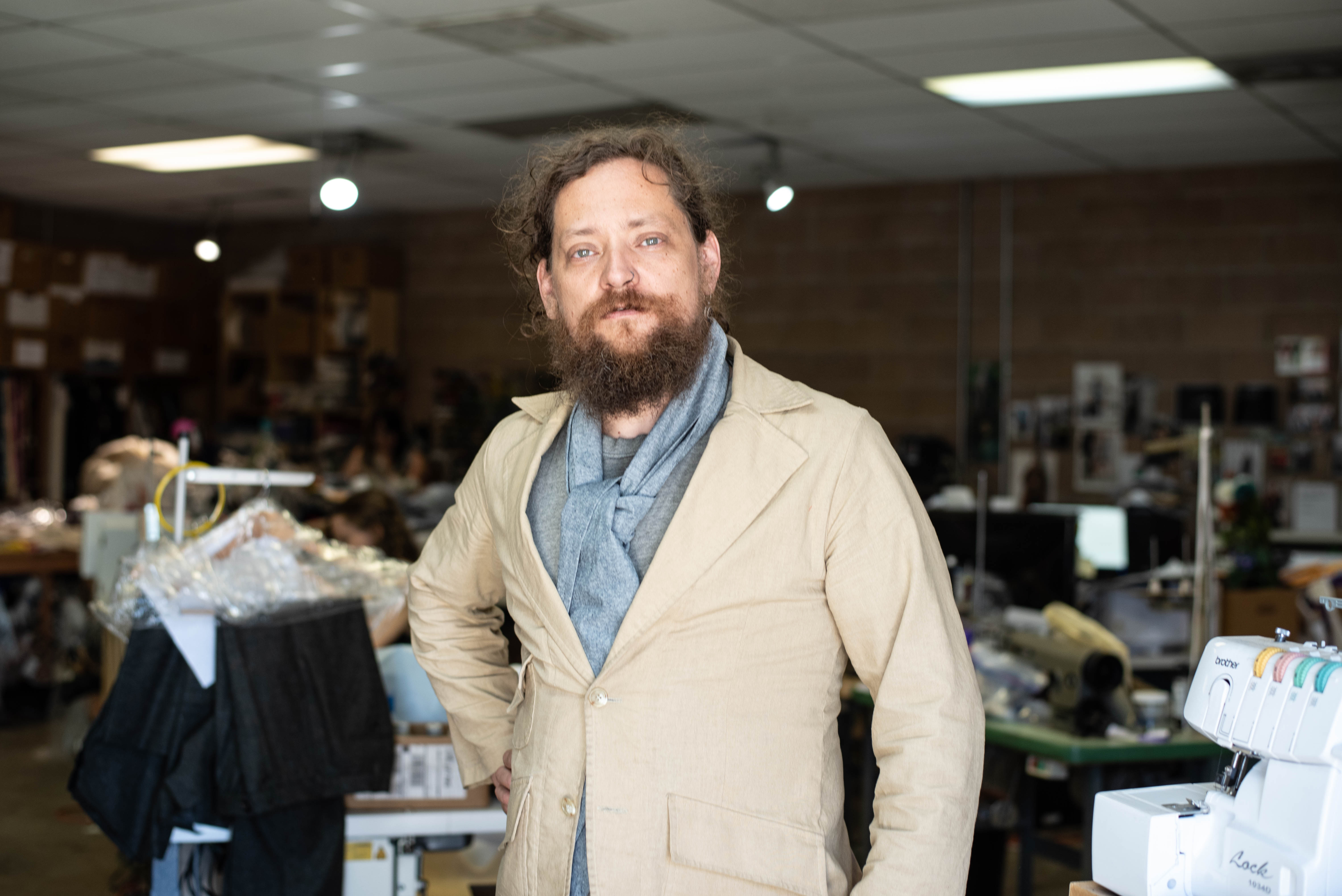 First Half of Show Inspiration 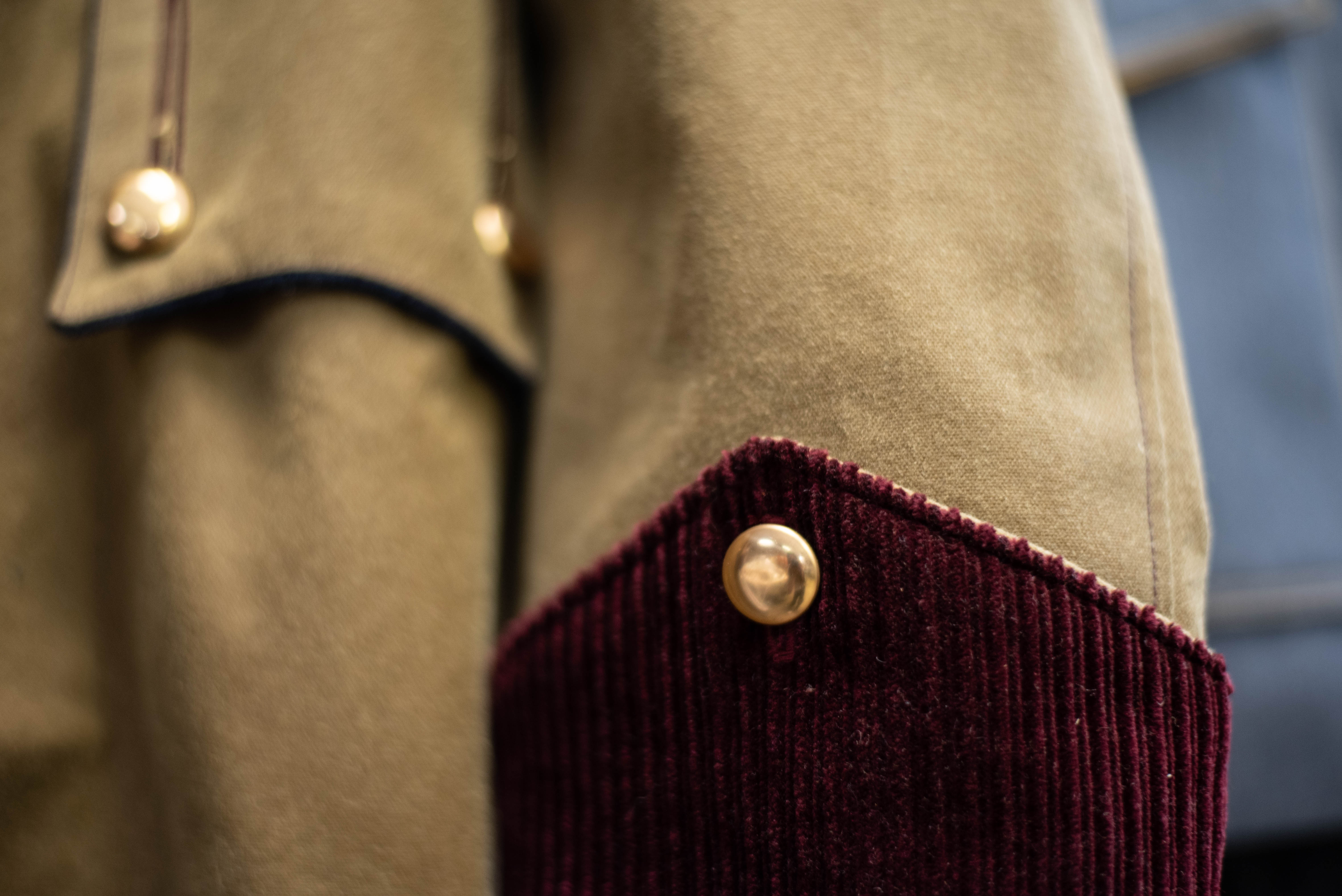 Preparing for a show last year was very difficult but created a lot of room for reinvention. “This is an interesting show for us because the first half of the collection was created pre-pandemic for a show that never happened,” he said. The first half of the collection is inspired by a heritage military style. The fabrics Machete gathered “include wool elastic, cavalry twill, heavyweight waxed cotton, and iridescent Solaro cloth,” he said. “One could say that the impression was something like ‘soldiers on a holiday.’’ Machete created these looks over a year ago and they are now ready to be on display. 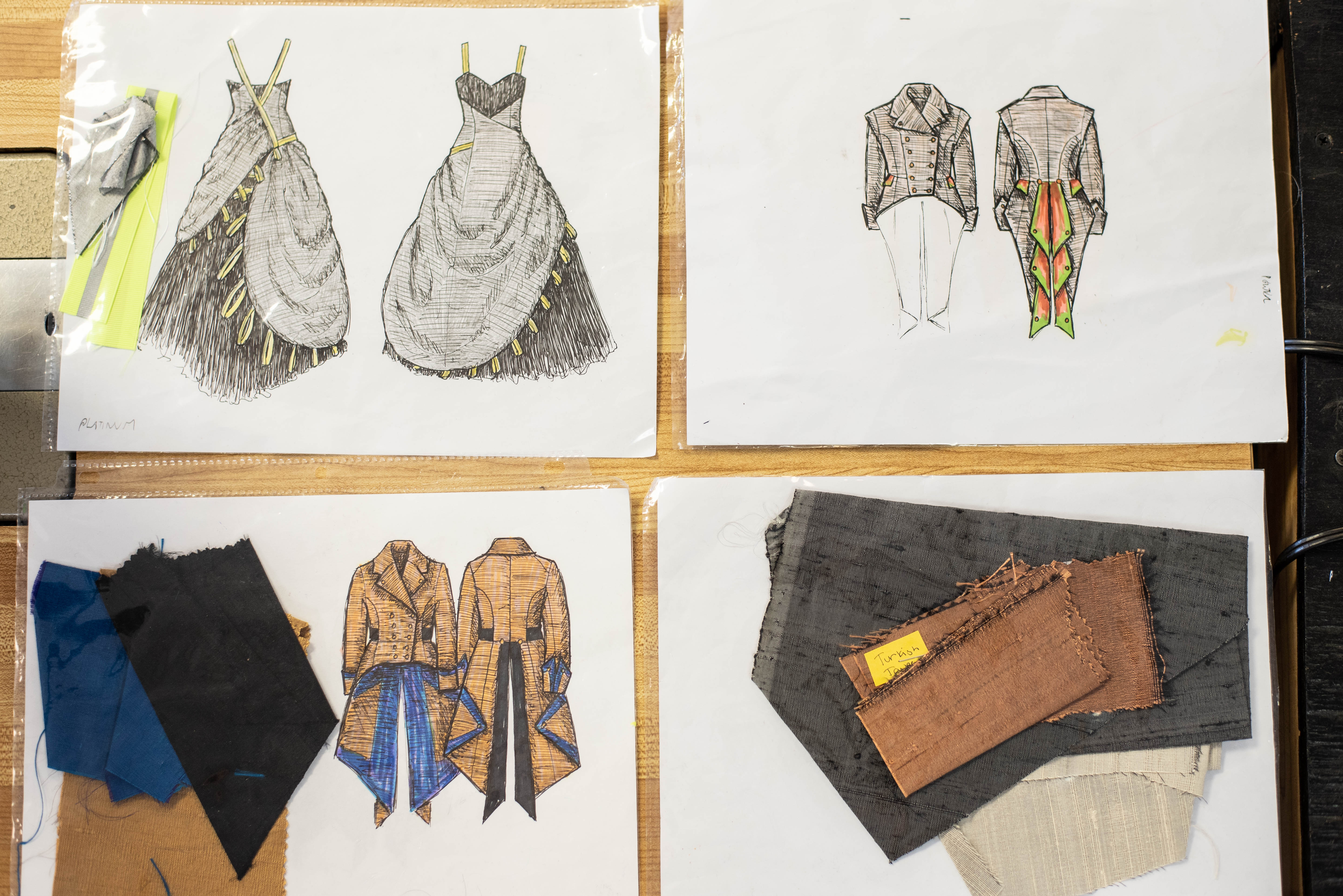 In addition to his original collection, Machete has expanded his looks to include more women’s wear. These pieces, as seen above, include a more fluorescent color palette in contrast with the blacks. “Our women’s wear tailcoat that we are showing has tails that are designed to mimic the folded wings of a beetle when it lands, ” Machete said. Machete created 11 pieces for this collection all inspired by Belle Epoque and Edwardian Dress along with the natural world’s color and textures.

Furthermore, Belle Epoque, meaning “beautiful era” refers to the historic European time of the 1880s to early 1900s. Edwardian Dress refers to British history in the time of King Edward VII. Known for grand hats and beautiful curves, Machete reflects this through his artwork.

Inspiration from the Natural World 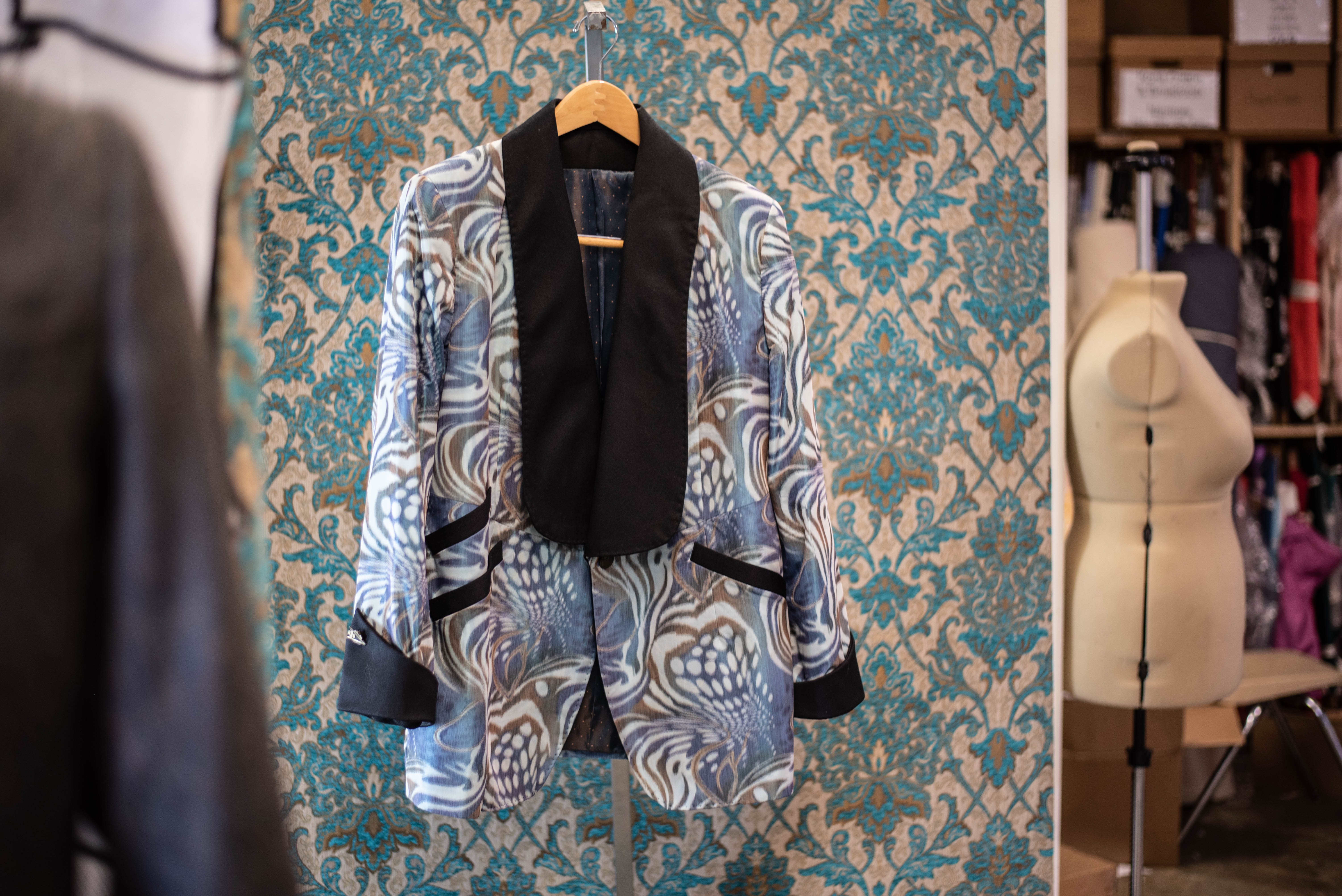 Comparatively, from living in New York to living in Colorado, Machete has noticed a change in color pallets across fashion. Machete went to Pratt Institute of Desing in New York City where he observed the lack of color in the daily rhythm of life. He said,” Everyone wore black and grey [but] in Colorado, with the sunlight, a brighter and fuller palette of colors is called for.” This can be seen throughout his collection with the use of bright colors contrasting against the dark blacks and grays. Machete also uses a more American tailored style than English or Italian. This style works better in the city of Denver because “Denver is further away from Europe and that conservative sensibility” he said. 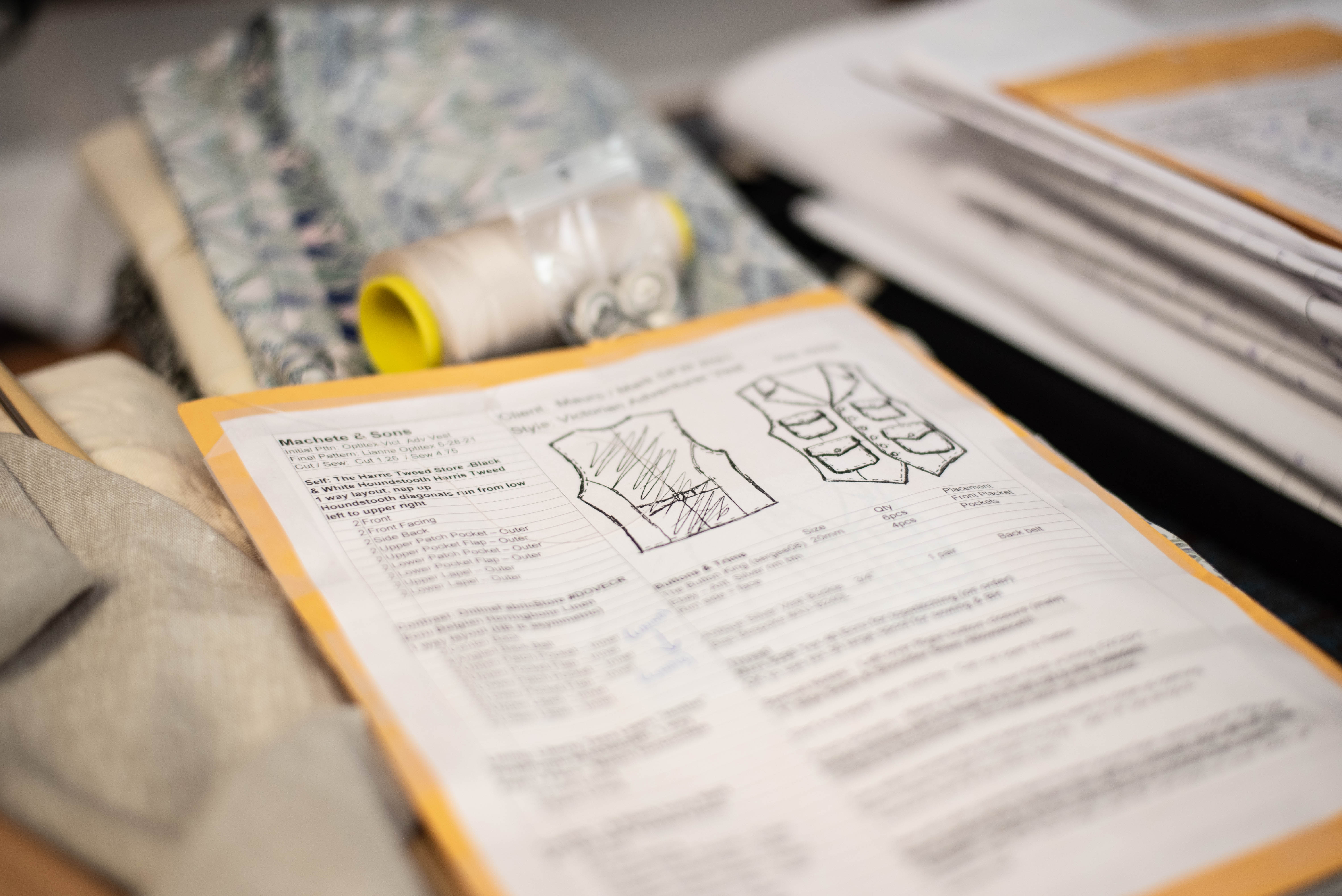 Throughout all pieces, Machete looks at each as a work of art. The pieces are made for the viewer to see their own interpretation of beauty. Machete made each design in hopes of living in a world where people wear fine clothing again. With this in mind, he creates pieces for special events such as weddings and performances. In the upcoming show, Machete hopes his viewers see his creations as “fun and full of energy” he said. Denver Fashion Week starts June 24 with Machete and Sons appearing on Opening Night. 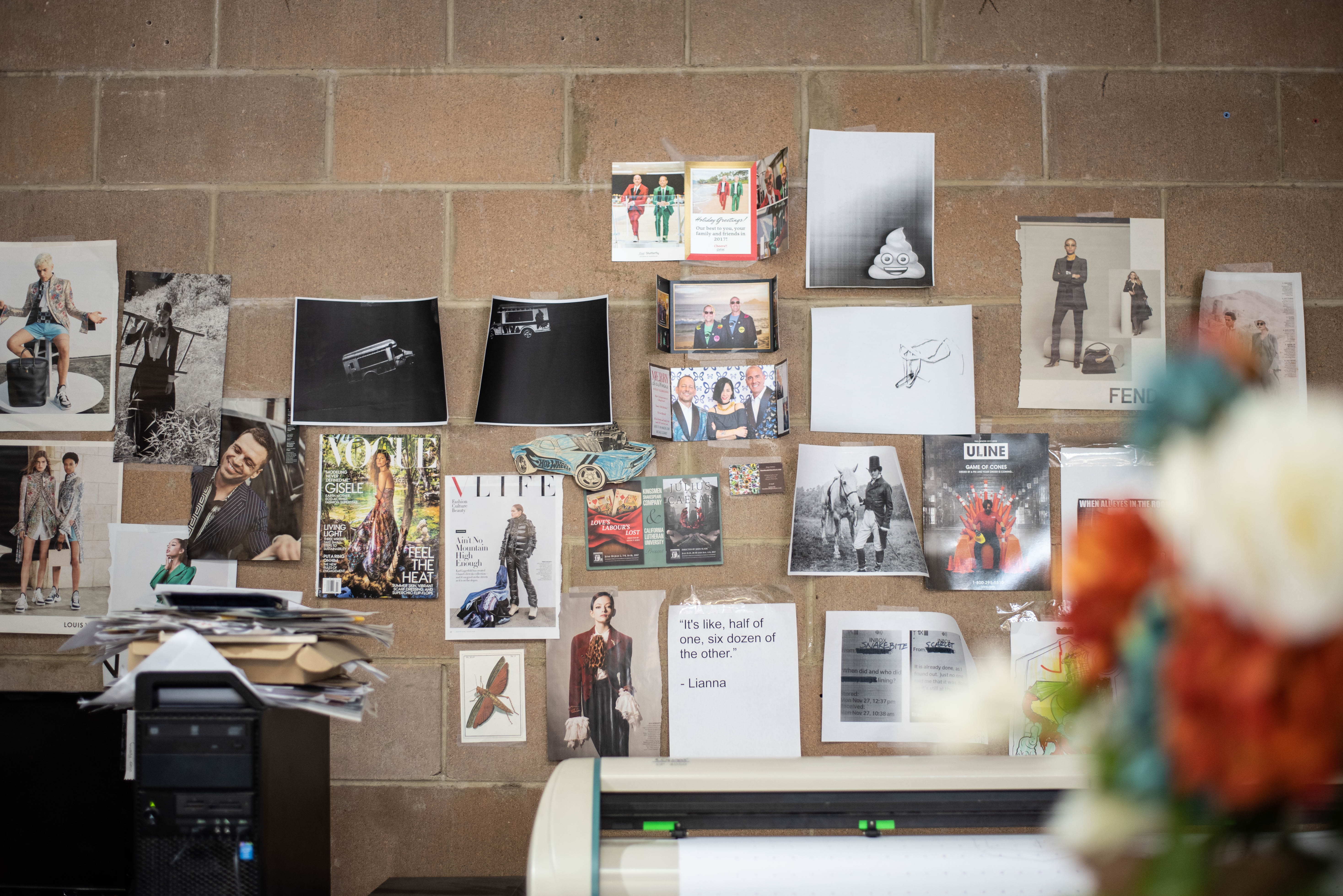