Denver native, AJ Machete gets one step closer to discovering the meaning of life every day, and he does it with his own two hands. Following an impressive line of education that included an art degree from Pratt Institute in New York City and a master’s degree in religious studies from Harvard, Machete realized he was no closer to understanding his purpose in life, or why he existed at all. That’s when he turned to fashion design. “Partly, I feel like humans were meant to do things with our hands,” explained Machete. “If you have an idea and execute it in the material world, the material world changes your ideas, so there is a feedback mechanism.” That process translates into a reason to get up every day and actually, physically do something. For Machete, happiness is creating thoughtfully designed, high-quality menswear, so he opened Denver Bespoke. 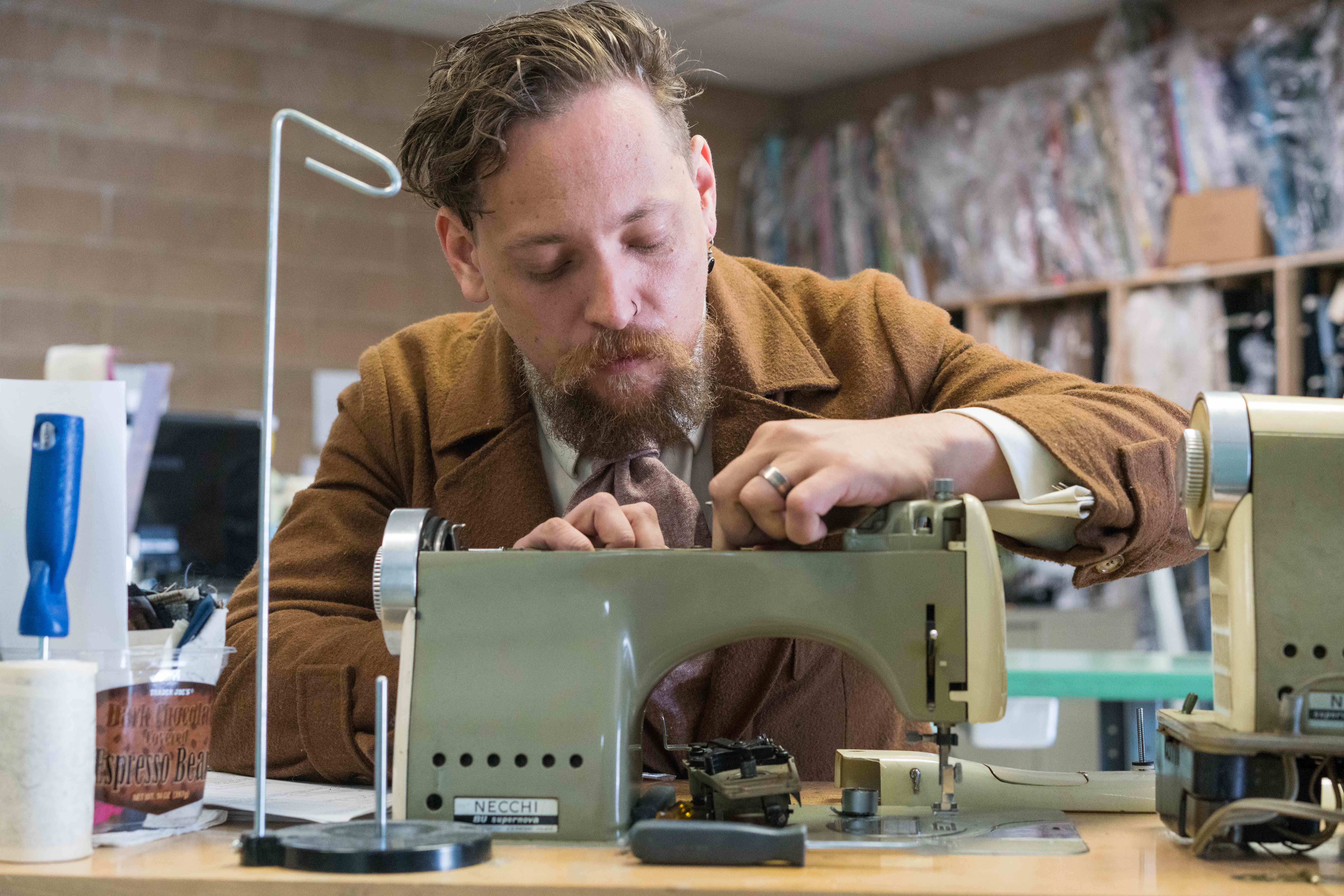 The themes of self-actualization and self-awareness are woven into Machete’s life, just as much as pattern making and suit composition are. “In life you want to cultivate this consciousness of paying attention, taking care and putting care into everything you do,” he said. “Then everything you do is good and your life is good. That’s a very important thing in my life.” Machete also requires that his customers have a clear sense of direction and purpose before he will even initiate a custom, clothing design project for them. “People will contact me and say ‘I’m not sure if this is right for me. I’m not sure if I want to spend this money.'” Machete’s typical response is to send them out to do some research, try on everything they can find and figure out exactly what they want in the clothing they wear. According to him, it’s an anti-sales pitch. So far, the technique has worked. Denver Bespoke’s clients come from all over the world, including countries like Australia, Finland, Norway, Japan and Russia. 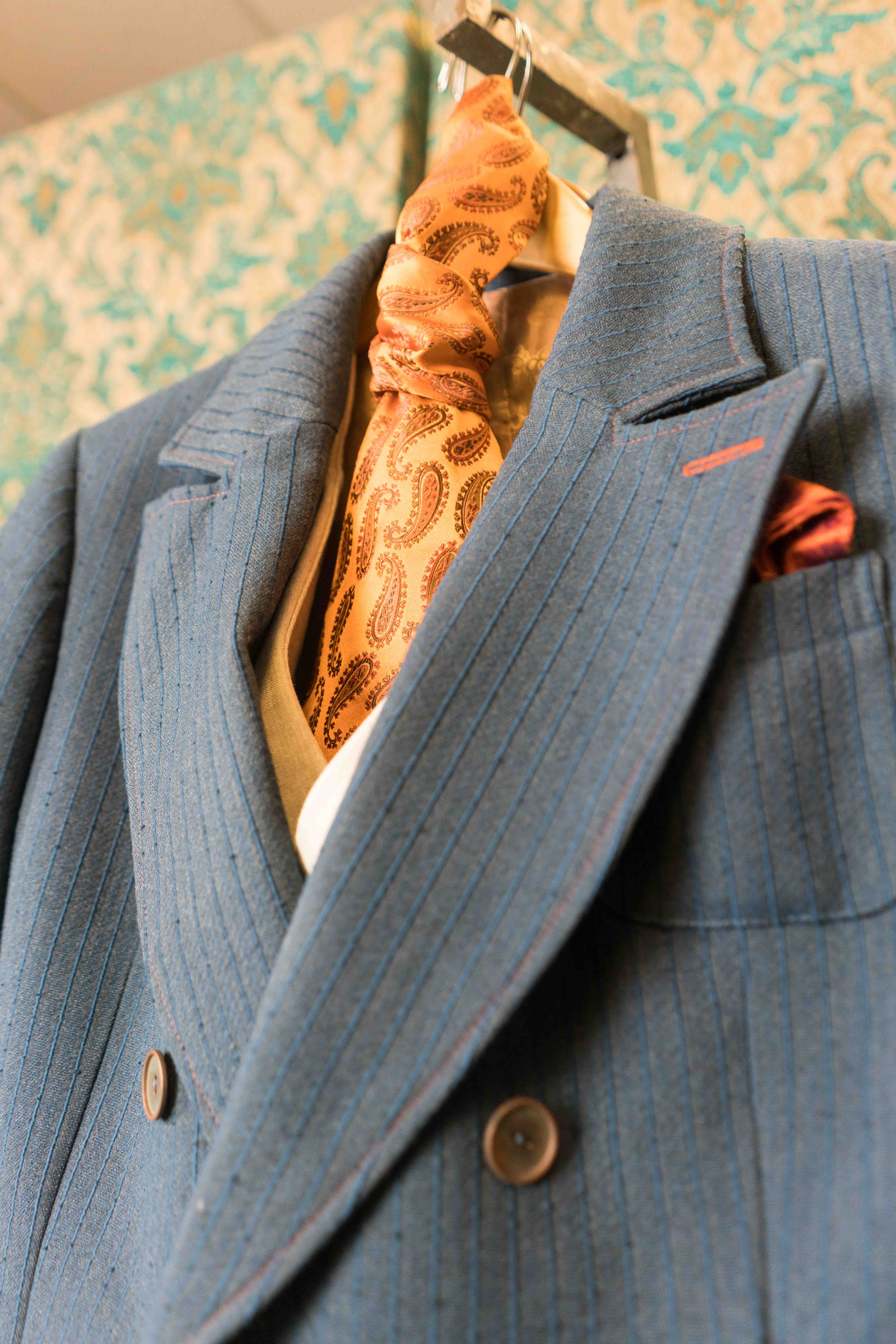 Once clients establish their goals, Machete’s process takes several months and requires a large commitment from both parties. The initial consultation takes two hours, during which the team can look at more than 2,000 fabrics. Then, there are at least two other fittings. It’s a deep level of engagement that requires clients to think through exactly what they want, so each piece reflects who they are. Machete’s clients’ requests and needs range widely. “What we do is such an individualized process,” he said. “For example, one of our clients was an Italian living in England, so he wanted to have clothing that reflected where he grew up in Italy, but it needed to be constructed using English fabric with specific details.” Some of Machete’s other noteworthy creations include a coat made out of vintage, military tent fabric from the mid-20th century and a tuxedo made out of Gore-Tex. 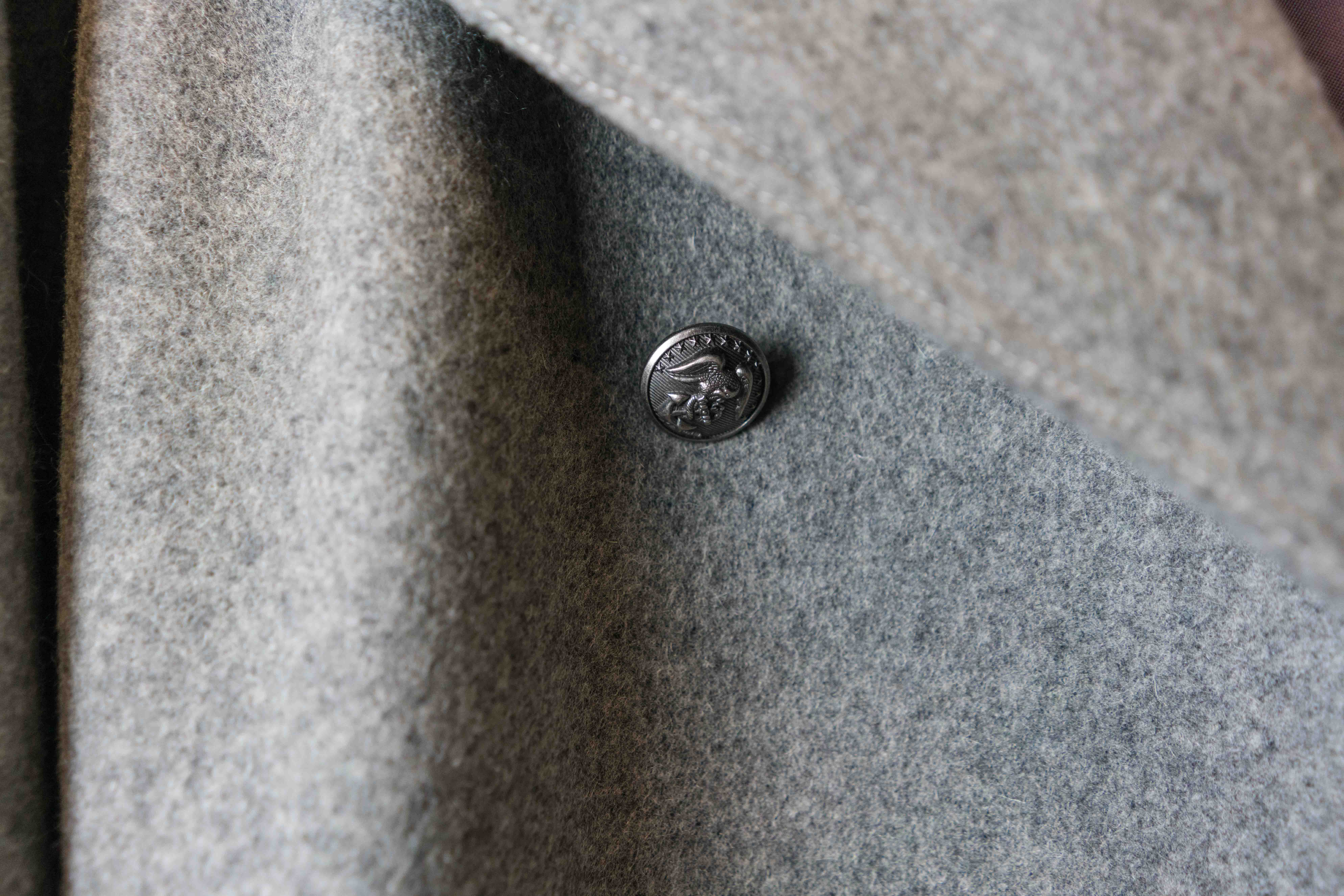 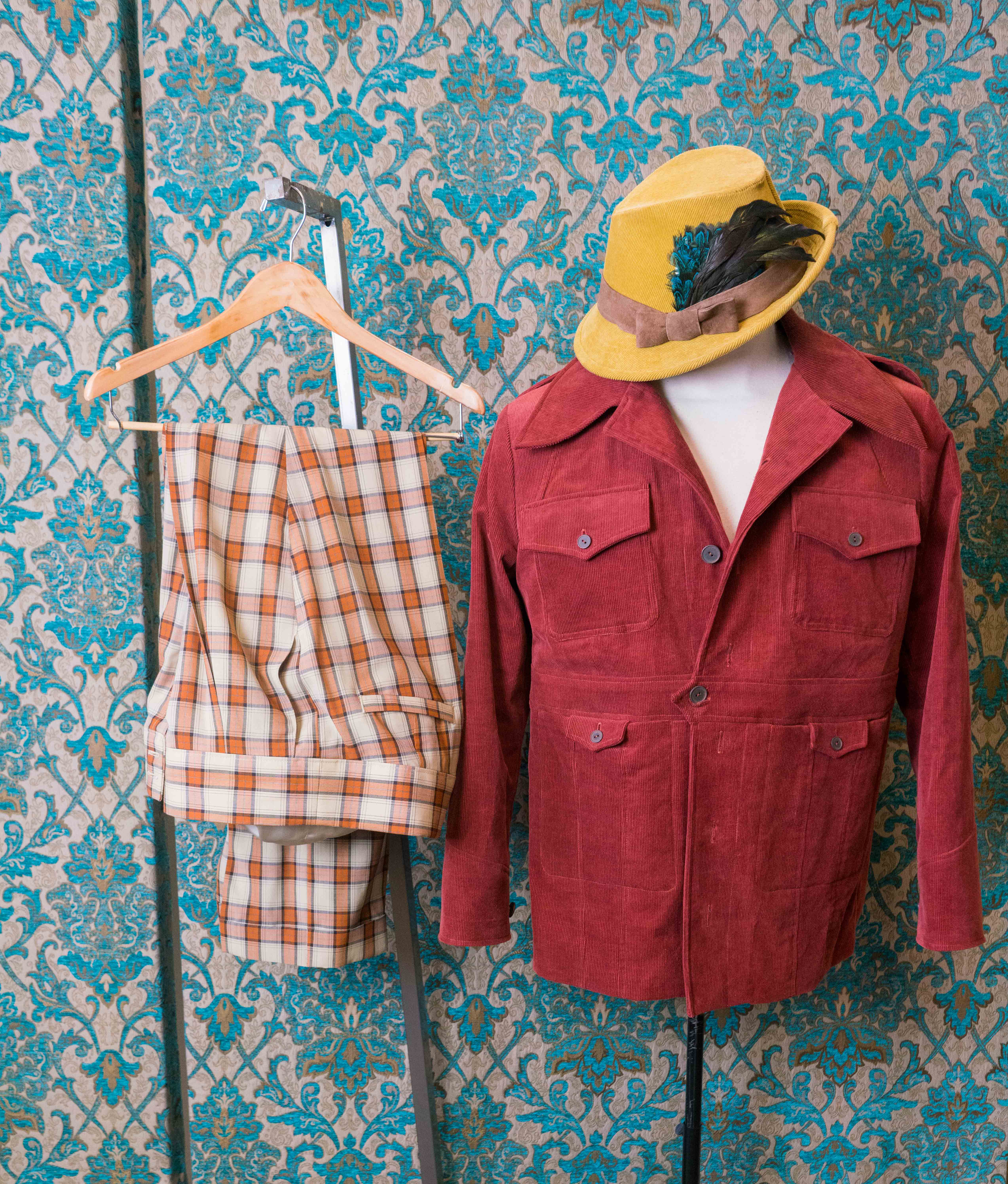 Machete maintains that although he can usually accommodate even the most outlandish request, it isn’t magic. It’s the understanding he has of the fabrics he uses and the full depth of the historical and contemporary function each detail of each piece of clothing has.

“I don’t have any respect for the idea of design. Anyone can come up with a pretty design. It’s about what it means and that has to do with the history. What we see now is people are slapping a bunch of details together and don’t know what they mean. Design doesn’t have any meaning anymore.” – AJ Machete

His strong feelings about the design concept as a whole don’t prevent him from appreciating those artists he truly believes have a unique perspective. Machete draws inspiration from some of fashion’s most avant-garde designers like Walter Van Beirendonck, Alexander McQueen, Jean Paul Gaultier and John Galliano.

Machete is redefining lifestyle wear to mean a collection of clothing created thoughtfully for each individual’s daily life — more art and less athleisure. As Machete’s two-year-old son, Drake grows, Machete doesn’t want to have too many expectations on him, but he does plan to pass on some wisdom. “I want him to know how to have a relationship with everything in his life, where he knows how it works theoretically and practically, and he knows how to fix and take care of everything he owns. If you’re able to do that, then your relationship with your whole world is different.” 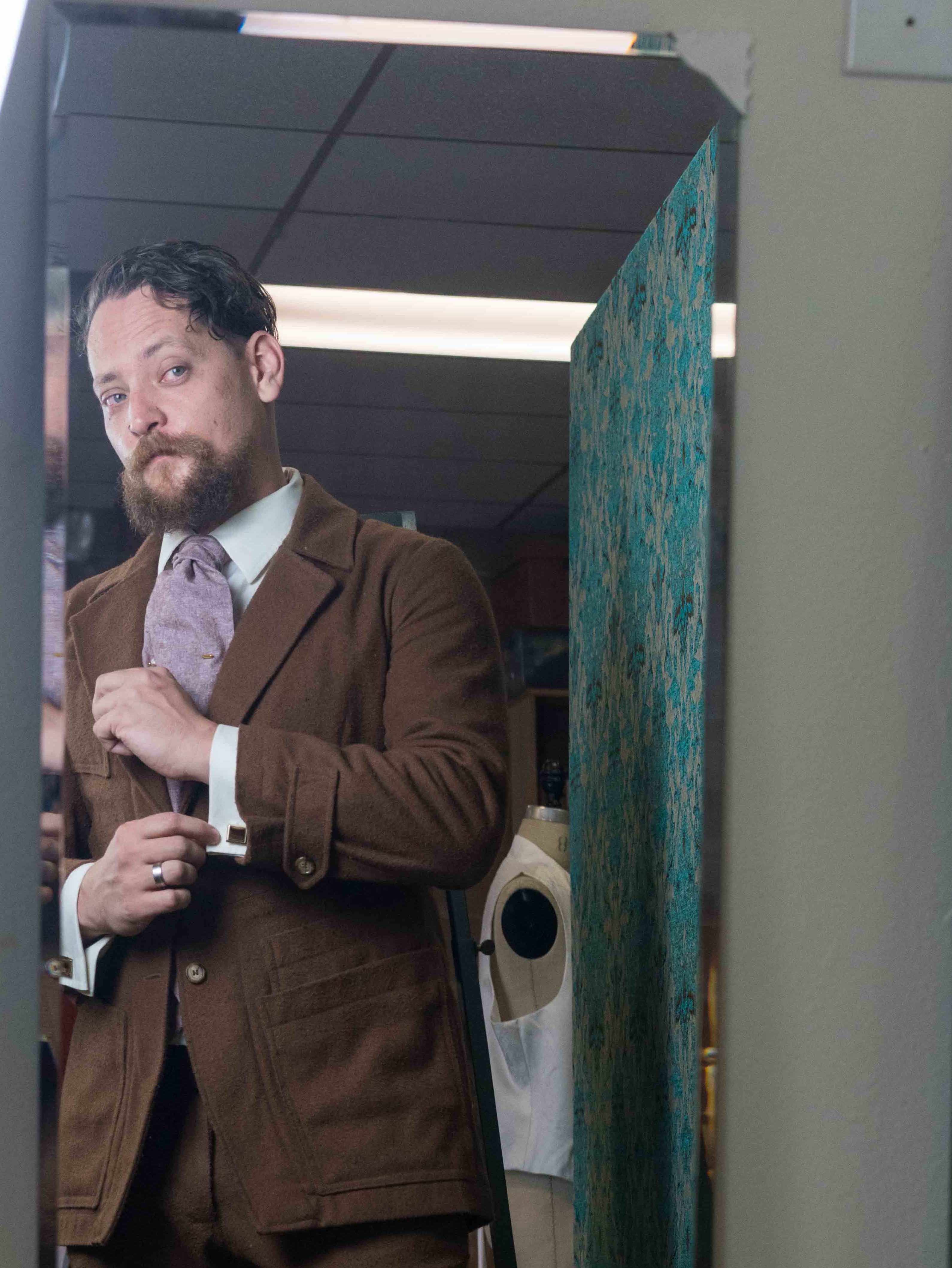