The Drunken Hearts Are All Nostalgia With New Live Album

Andrew McConathy & The Drunken Hearts released Alive ‘n Free last month, their first live recorded album and a fitting sequel to their 2019 studio album, Wheels of the City. Produced by McConathy and Todd Divel, and mixed and mastered by Divel at Denver’s SiloSound throughout 2020, Alive ‘n Free gives us the sweet taste of live music from the comfort of our own homes. It transports the listener to another time and place, one that reminds us of being packed and sweaty in our favorite venue without a care in the world. It’s a reminder of the way we were, and the way we will eventually be again, one day soon.

Recorded by sound engineer Taylor Hines, Alive ‘n Free includes not just 14 high-energy originals, but also some of that witty banter that accompanies any live show. It’s that stuff we’re missing the most and will leave you oozing with nostalgia, looking forward to the return of concert life. Ironically, it was precisely that drop-off in show business that spurred the creation of the album in the first place, which goes to show that some good things did come out of the last year. 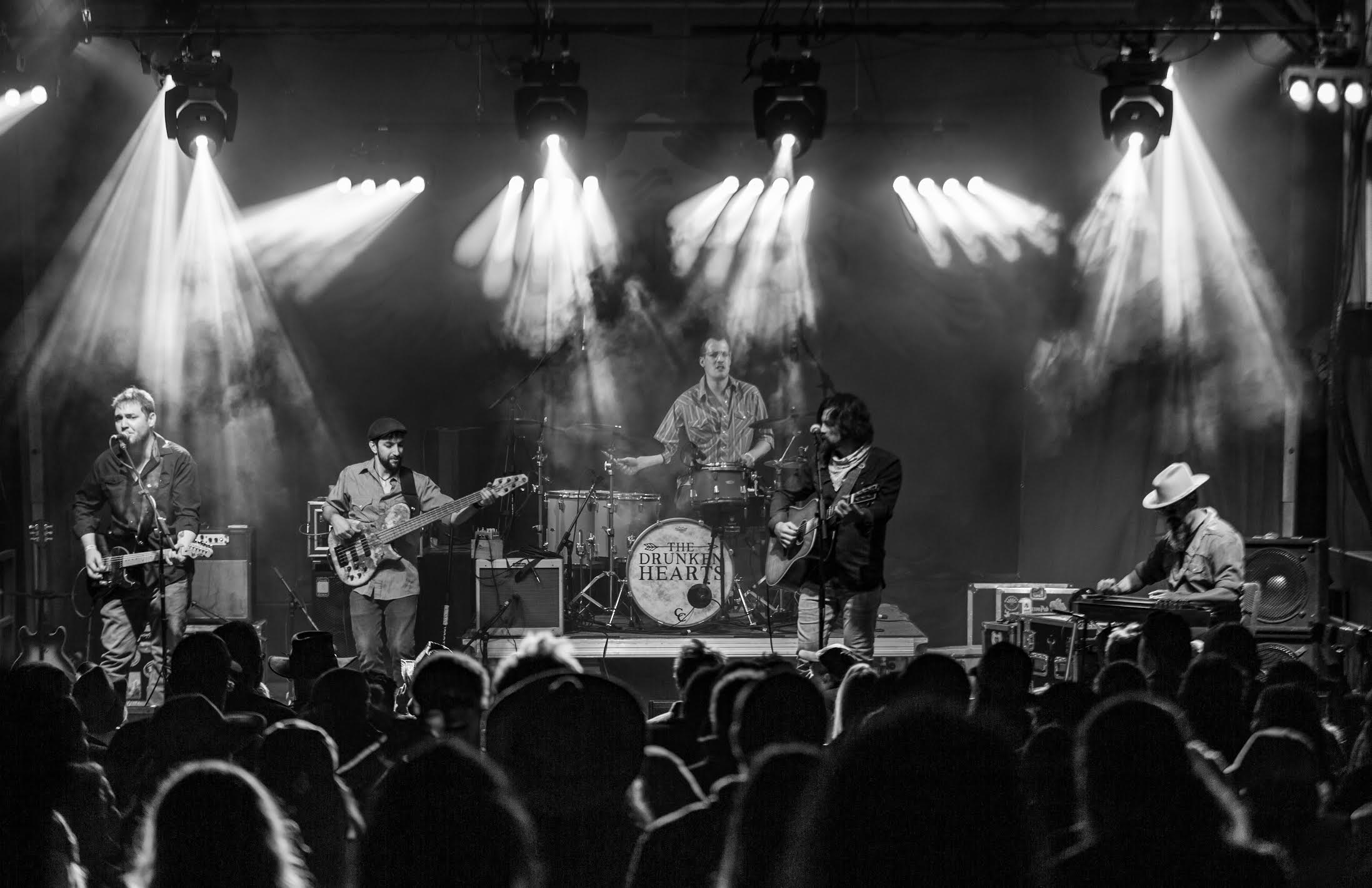 The live recordings on Alive ‘n Free took place in 2019 during a run of shows when The Drunken Hearts were opening for Yonder Mountain String Band and promoting Wheels of the City. The original plan was to release a live album shortly after that tour, but McConathy said he “never got around to it until the pandemic hit.” At that point came the perfect opportunity. “Once all shows were canceled and I had a lot of time on my hands, it seemed like a proper way to use content that was already sitting in the vault,” said McConathy.

For McConathy, this live album isn’t the only “silver lining” of the pandemic. Personally, he got engaged and he and his fiancé adopted a puppy. Professionally, although he counted about eight live shows for the band in 2020 versus the 60-something in 2019, McConathy has had time to write new material. He also jumped on the live stream train and has performed on about 20 live streams, an experience that he considers “different and challenging, but also fun and rewarding to engage with fans all over the country.”

McConathy & The Drunken Hearts are looking forward and have a plan for the slow and steady re-opening of the live music industry. The band has already got shows book for this coming summer, fall and into 2022. With new music in the works, we can expect both a live video EP and another studio album, with McConathy sharing that “the list of producers we are pulling from is very exciting, and I can’t say I’ve ever been this thrilled to record an album.”  The future looks bright to The Drunken Hearts frontman, who said that “it’s uplifting to see things beginning to go back to the way they were.” Though we’re not quite there yet, the stoke is high —  “I can’t wait to hit the road, play some shows, and see what the future holds.”

Listen to Alive ‘n Free by The Drunken Hearts here.