Local Listen – The Drunken Hearts Step Further Out of the Box

It was during day two of the Hillberry Music Festival near Eureka Springs, Arkansas where I found the Drunken Hearts setting up before their second set of the day. Setting up, however, meant talking shop with me over a charcuterie board that was rather impressive given the circumstances. The festival took place at “The Farm,” about 15 miles from the nearest town, and which during early mid-October is quite wet and muddy. A 13-hour drive from Denver, 303 Magazine and the Drunken Hearts found themselves in the same place at the same time to discuss the band’s latest album, Wheels of the City officially released on October 18. 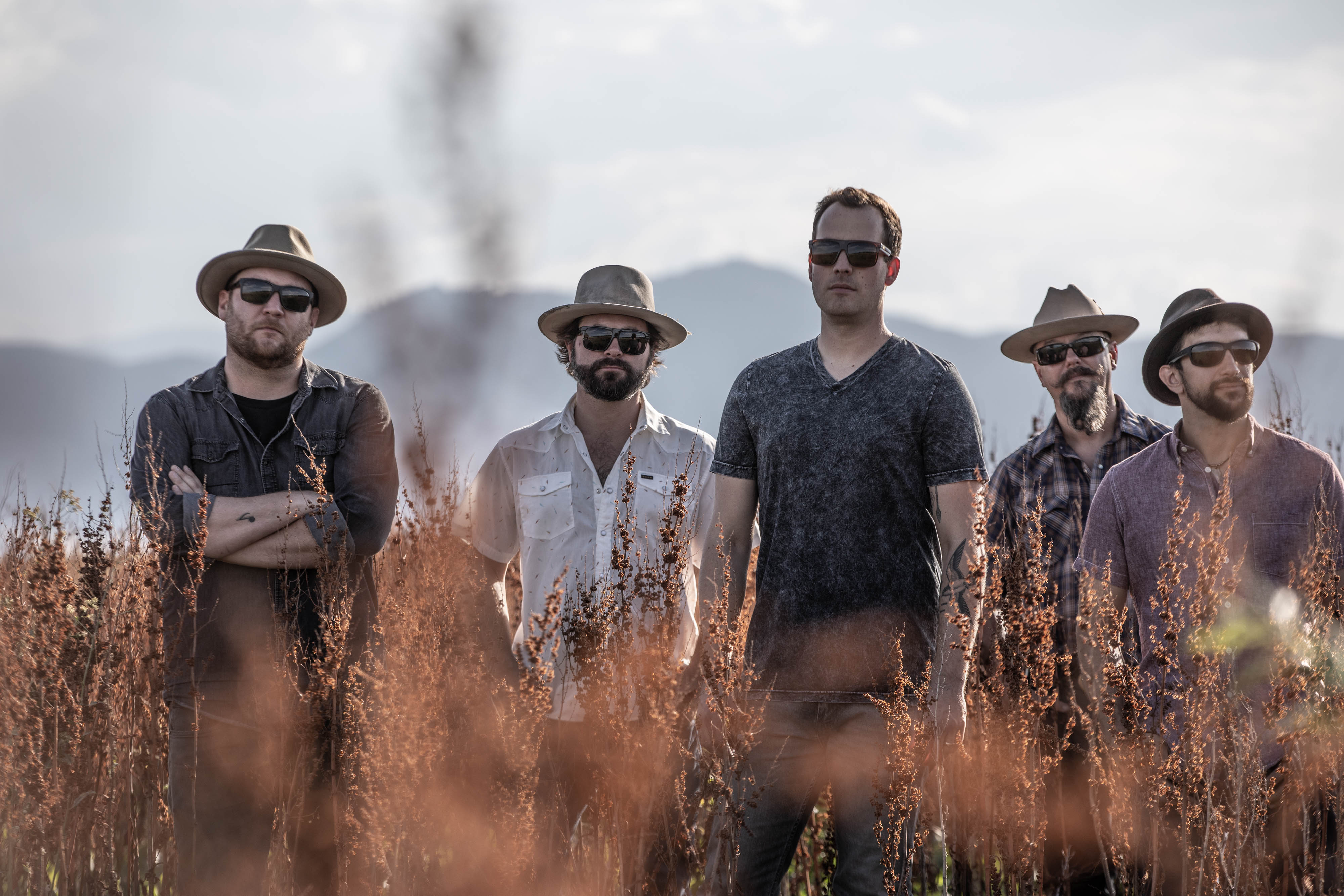 Once the Hearts had comically devoured the meat and cheese plate and we had discovered frontman Andrew McConathy’s love of horseradish dip, they gave me the rundown on Wheels of the City, which they began recording the day after the release of The Prize in April of last year. Again with Tim Carbone on production, the band came in with zero frameworks for the album. McConathy had one song written that the band had previously played, but the remaining 10 songs came during recording. Some tracks McConathy wrote the lyrics to first, others Cory Russell — pedal and lap steel, banjo — came up with the instrumentation first. Electric guitarist Kory Montgomery takes a fresh lead on “Run It All Together,” Carbone wrote part of “Unrest” — it’s truly a democracy.

The goal for those recording sessions was just to try everything, and that’s what eventually gave Wheels of the City its different sound. “We would like our catalog to have more diversity,” McConathy expressed, and that’s certainly what you have with this album. It’s a little bit country, it’s a little bit rock ‘n’ roll, it gets funky, it’s got heart and soul, and it’s some of the best lyricism we’ve seen from the band. “It’s democratic and it’s flexible,” McConathy said of the band’s creative processes — “I can bring the formula, and these guys add cool and intricate parts that make the sound.” It’s been nearly three years with the current lineup of the Drunken Hearts, and it sounds like they’ve really figured it out. 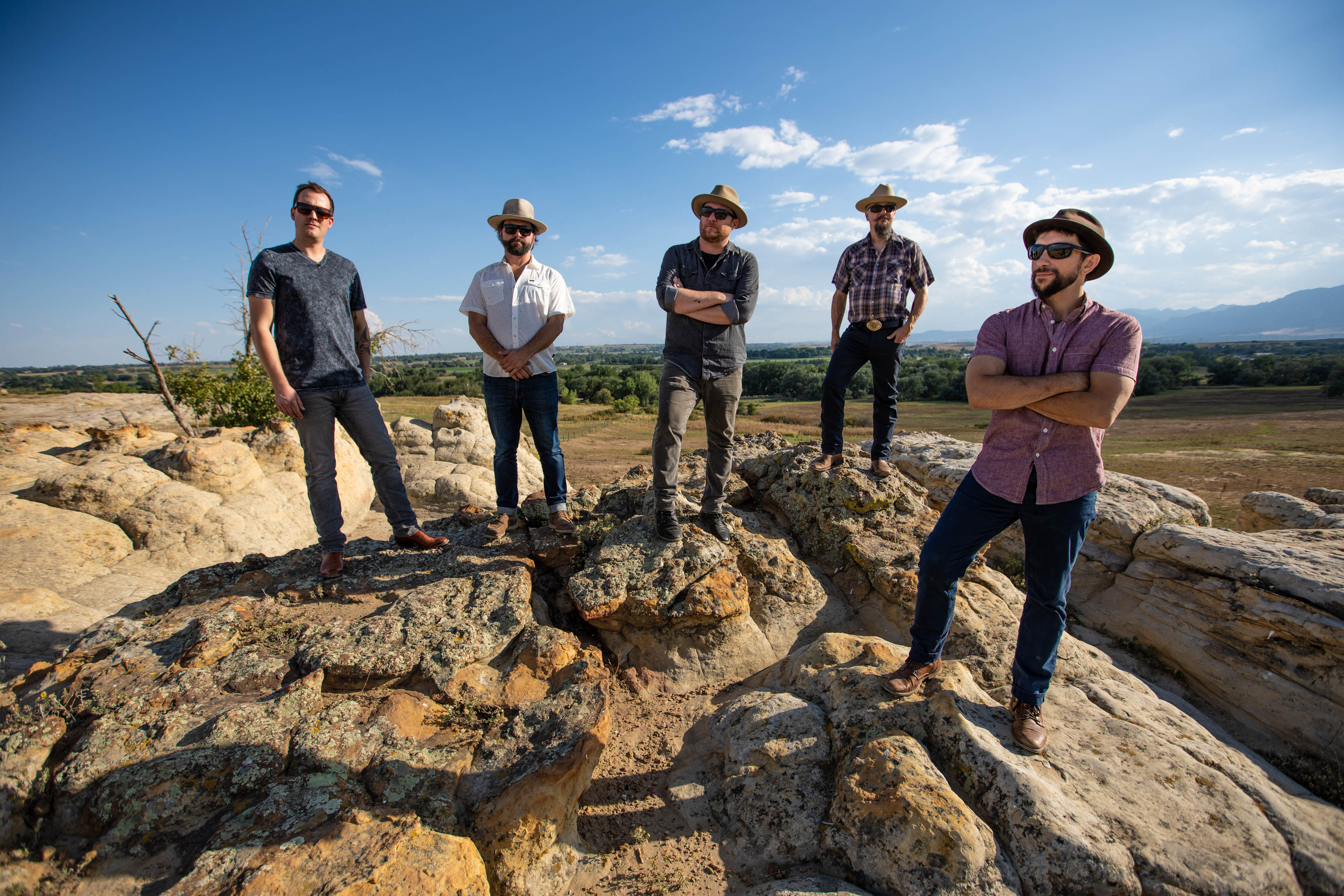 Inspiration for Wheels of the City came from several different places. Most notable is the title track, “Wheels of the City,” which was inspired by Jack Kerouac’s The Vanishing American Hobo. “The Cave” opens with Carbone’s spoken word from Plato’s Allegory of the Cave and sets the tone for the album’s final and heaviest track, where Alex Johnson’s drumming comes to the forefront.  While finding their own sound, the Hearts drew inspiration by simply listening to other music and other genres, and that shows throughout the album.

For the Hearts, there’s really no stopping. From a cabin in Winter Park to a lakeside campfire in New York, even newer music is already on the way. The band is already playing two new and yet to be recorded songs, one of which, “Tell Me,” they treated fans to during their first set at Hillberry. But before they get ahead of themselves, the Drunken Hearts will host their official album release party for Wheels of the City on November 16 at the Fox Theatre, with support from Tenth Mountain Division and Kind Hearted Strangers.

Get tickets to the Wheels of the City album release party on November 16 here.