Heartbreak is never easy. With the intense emotions it provokes, it’s no surprise that almost every artist has at least one break-up song in their repertoire. However, the initial feelings of life-shattering devastation are often followed by a period of despondency that can feel difficult to break out of. In the video for their new single — “heart//break” — synth-pop, new wave band VYNYL attempts to capture what it’s like to fight your way out of the depression that inevitably comes after a break-up and begins healing again.

The four-piece band has been making waves in Denver’s music scene since frontman John Tyler and bassist Andrew Cole formed VYNYL in 2015 and then moved to Colorado. Once they settled in, they added guitarist Hunter Heurich and drummer Logan Hileman to the group and began building VYNYL’s identity with larger-than-life new wave music paired with intensely vulnerable lyrics. 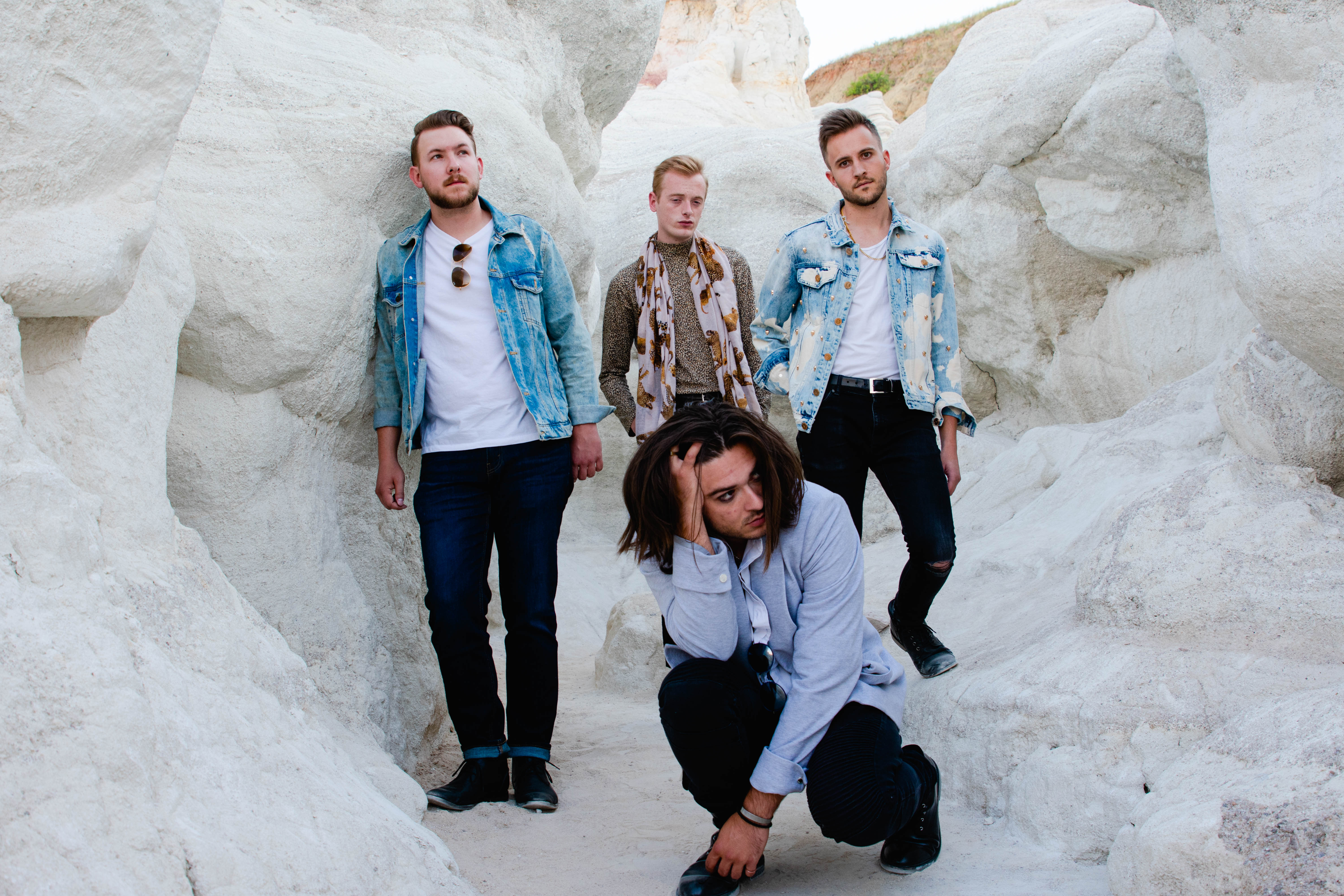 Since releasing their debut EP, Pink, in 2019, VYNYL has been following up with a steady stream of singles and also put their own dark, hazy spin on a cover of Blink-182’s “All the Small Things.” Their most recent single, “heart//break,” quickly became the band’s most popular song and found international attention, as well as support from local radio stations here in Denver.

On Wednesday, the band dropped the visual companion to “heart//break.” The song is much darker than most of VYNYL’s usual singles, and almost feels like a continuation to their 2019 release, “Insomniac.” The video reflects these dark vibes, featuring Whiteley experiencing a frantic, psychedelic journey through Downtown Denver late at night. The grainy, hand-held camera footage rife with glitches and wavy ripple distortions lends an anxiety-inducing feeling to the music video, like a bad trip.

Tyler describes the concept of the music video as a depiction of the fear and mania people feel as they deal with the end of a relationship. While it’s designed to portray those uncomfortable emotions, the narrative it follows is one of redemption and taking back control of your life, no matter how difficult the journey becomes.

“We really wanted this video to emulate what fighting to break yourself out of a post-heartbreak depression can feel like,” he explained. “It’s maddening, and some days don’t even feel real — you become so numb to everything around you that something drastic must be done.”

Though their original plans of touring after their debut EP’s release have been put on hold due to the pandemic, VYNYL has remained hard at work and plans to release their next body of music — an EP titled The World is on Fire and I’m Lonely — on April 9th. They’re looking forward to being able to play live shows again soon, and if their recent singles are any indication, their EP will be filled with prime material for a night of dancing and screaming lyrics in a crowded concert hall.