Denver synth-pop group VYNYL is dirtier than they look. Beneath polished chord progressions and heavy percussion inspired by legends of the ’80s lies a history of creative struggles, heartbreak, anxiety and the feeling of overcoming hard times. Enter PINK, the band’s debut EP. The five-song release — which officially takes its first breath this Friday — catalogs what it feels like to be a Millennial in crisis, set to the sound of upbeat, new wave pop in all its glory.

VYNYL, like its name, is bold and smooth. The group is comprised of Tyler Whiteley, Andrew Cole, Hunter Heurich and Logan Hilleman. Whiteley (vocals) started the group in 2016 alongside Cole. A few of the songs on the EP were the original projects of Whiteley and Cole before VYNYL became whole, and the result is a polished sound by a group that’s still finding their footing as a new band in town. “Insomniac,” the second track on the EP, is one of those songs —  lyrics from which Whiteley said have bounced around from song to song before finally taking form in this pop ballad.

“Insomniac” was a track based off of bassist and lyricist Cole’s bad date turned worse — and all the subsequent negative emotions and anxieties that followed. The song is dark in nature, and references, Whiteley said, “the inevitability of beautiful things falling apart in the end.”

“(Insomnia) is kind of a double-metaphor,” Whiteley said.

Although each song on PINK represents the more joyous and happy feel of new-wave pop (big vocals, big drums, some echo), most songs — sans the dreamy “Sleepless in L.A.” — contain heavy content and represent the struggle before the silver lining is realized. Songs such as “Found Dead” and “Dancing With the Devil” evoke scenes of depression and feelings of extreme introversion. It’s the musicality of the EP that gives it its glass-half-full narrative — “It’s really OK not to be OK,” Whiteley said. PINK embodies warmth, healing and acceptance. 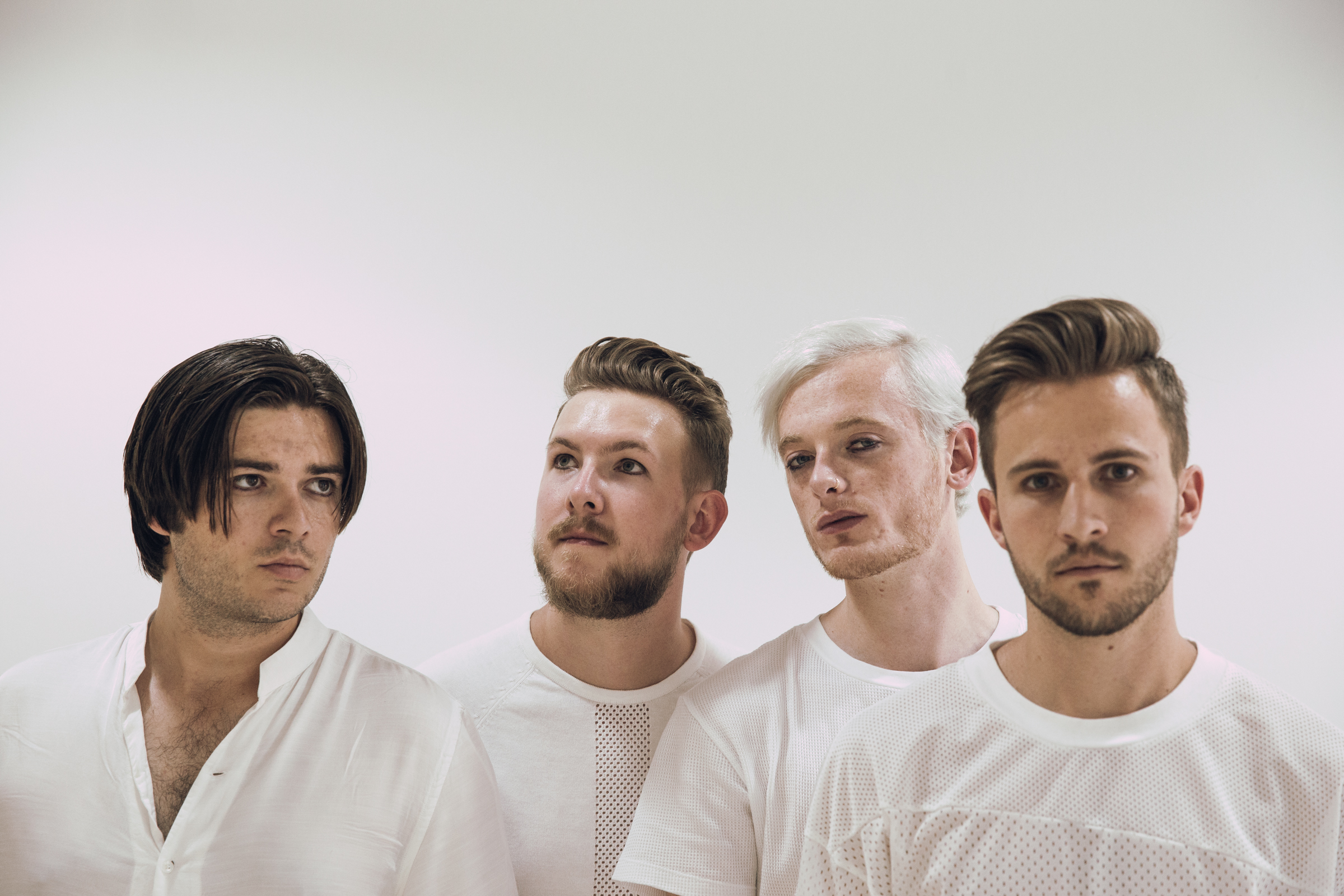 From start to finish, PINK has a professionalism to its sound and shine that reflects the hard work of the bandmates, as well as their diverse background. Cole is from South Africa and Whiteley from North Carolina — they met the newest members Heurich and Hilleman in Denver. After moving to town — before VYNYL was official — Whiteley lived out of his car for about six months. Now, he’s making pop music. Life is like that — sometimes a rewarding struggle — and that’s one of PINK‘s points.

VYNYL is only getting started. Whiteley said they’re in the process of pulling together a tour, most likely across the Mid-West. There’s also talk of recording a new EP, and also the dream of having VYNYL in record form. “Vinyl VYNYL on vinyl,” Whiteley said.

Catch VYNYL this Friday, October 18 for a free show in Boulder at The Root Kava Bar.