As a result of this weekend’s reportedly massive snowstorm, we decided to dig into our history of extreme winter weather. According to the National Oceanic and Atmospheric Administration (NOAA), the biggest snowstorm in Denver occurred between December 1-5 of 1913 when the city was buried in 45 inches of snow — that is more snowfall than in all of 2013 ( 38.4 inches). 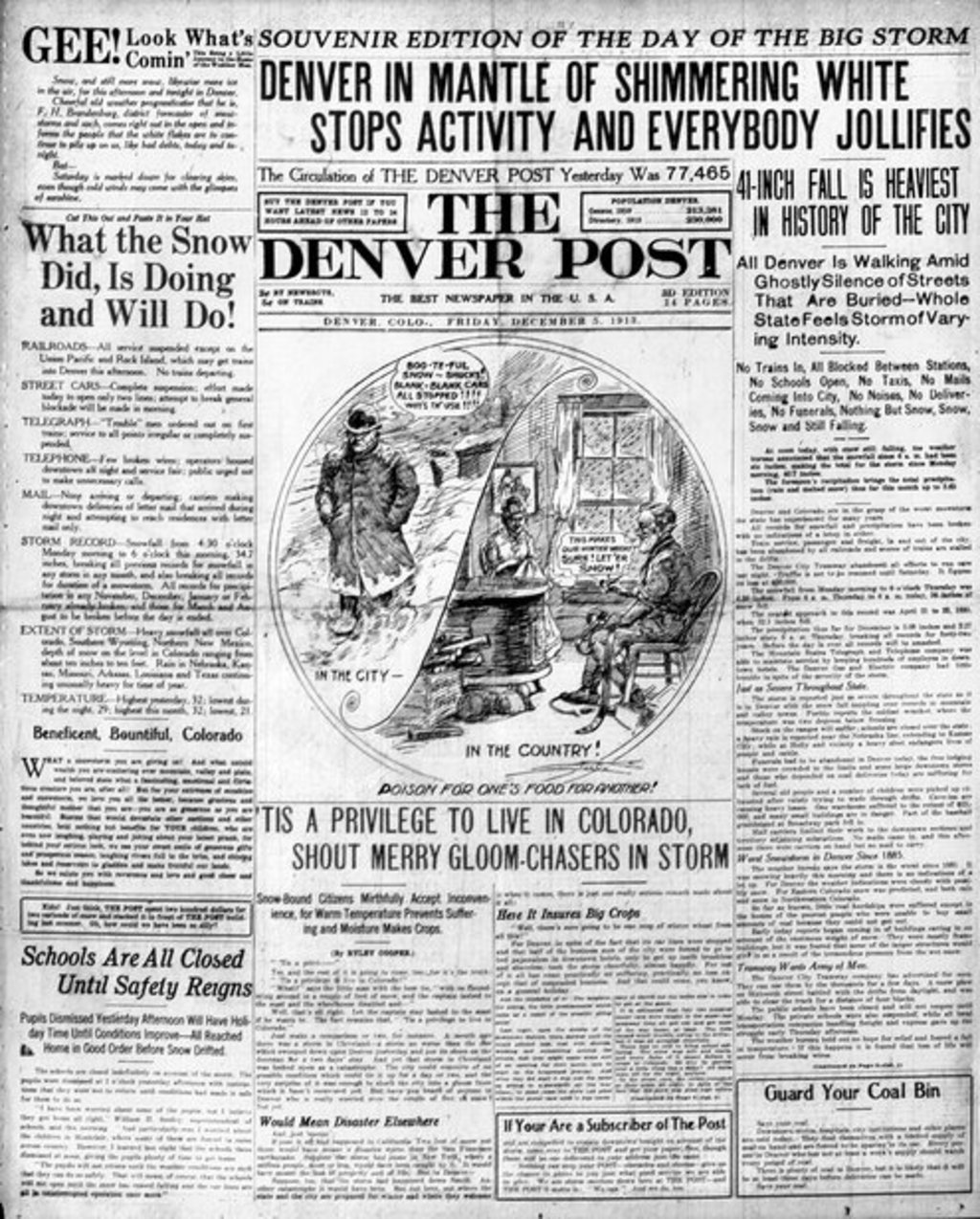 The Denver Post recounted that day on its centennial celebration in 2013 by sharing the archived front page of December 5, 1913.  Headlines read, “‘Tis a Privilege to Live in Colorado, Shout Merry Gloom-Chasers in Storm” and “What the Snow Did, is Doing and Will do!” — both slightly perplexing but not far from modern sentiments. Below you’ll find the full list of the largest snowstorms from 1881 to present, as well as a few other facts and figures also provided by NOAA. Enjoy your snow day, if you can, and stay safe and warm.

Date of Last Measurable Snow of the Last 10 Years

Editor’s note: This article was originally posted in March 2016, but has been updated with current information.