There’s a whole underground community of challah bakeries across the nation that have mastered the art of braided dough and welcomed the new business model devoted to pick-up or delivery. Mtn High Challah has catapulted Denver into the conversation serving authentic Jewish baked breads from challah to babka. Uniquely, this bakery not only master’s traditional flavors but also adds modern options to the menu. 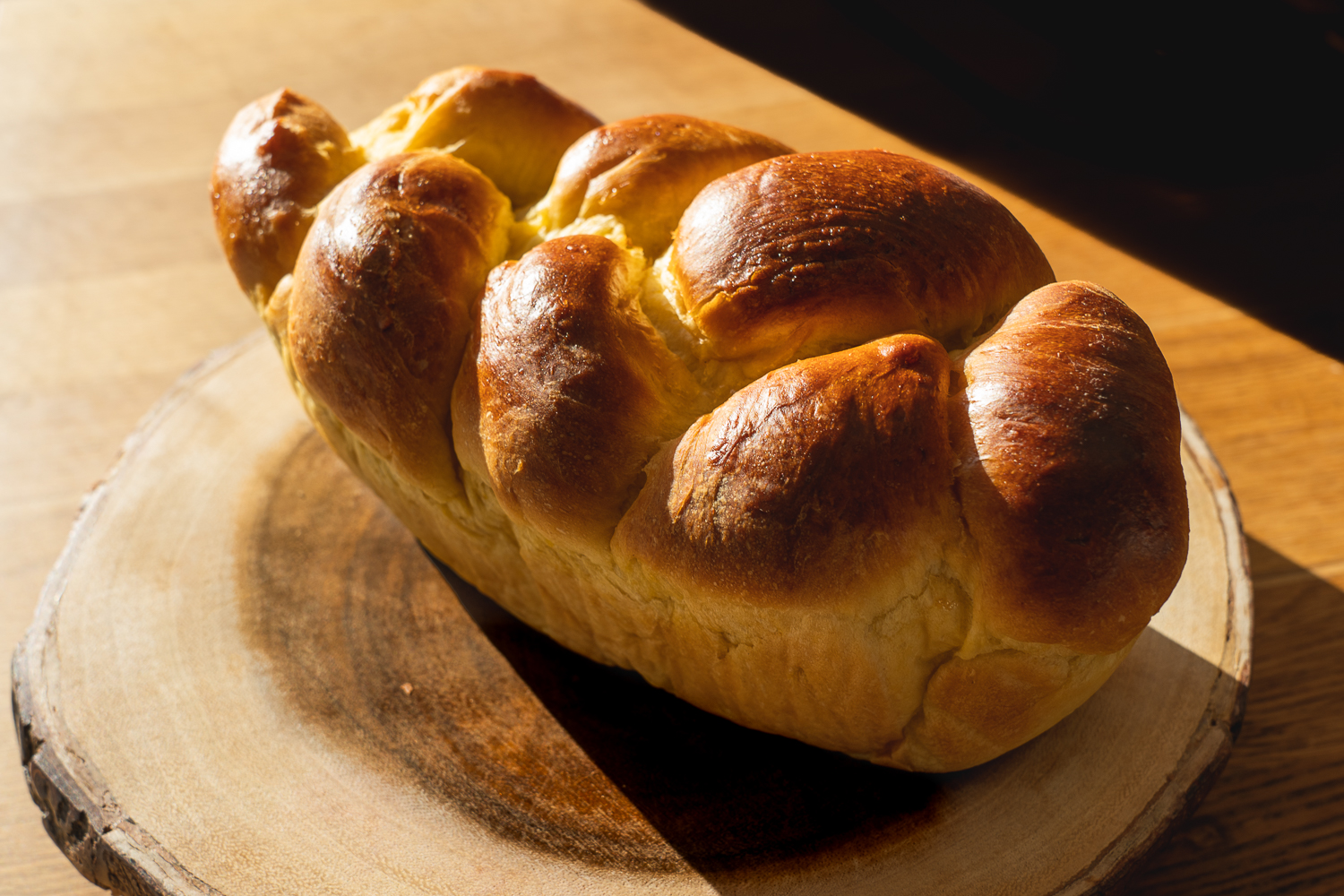 Quite literally the triple threat, Gena, Carmi and Mica Medoff are three sisters who take on every aspect of the bakery. Considered the babies of the family — the Medoffs come from a pack of six children. Growing up, their family put a lot of weight on gathering for Friday dinners. To this day, the tradition stands. Though it may look a little different with family scattered all over the U.S. from Alaska to New York, the same bread talk is still shared virtually.

While each sister is an expert in their own field, they all bring a different type of knowledge to the table. Carmi throned as the spreadsheet queen handles a lot of the organized aspects that comes with running a business, Mica handles social media and Gena handles all the baking and delivery. Coming from a family of business owners, it’s only natural that the three youngest siblings would dip their toes in the water. 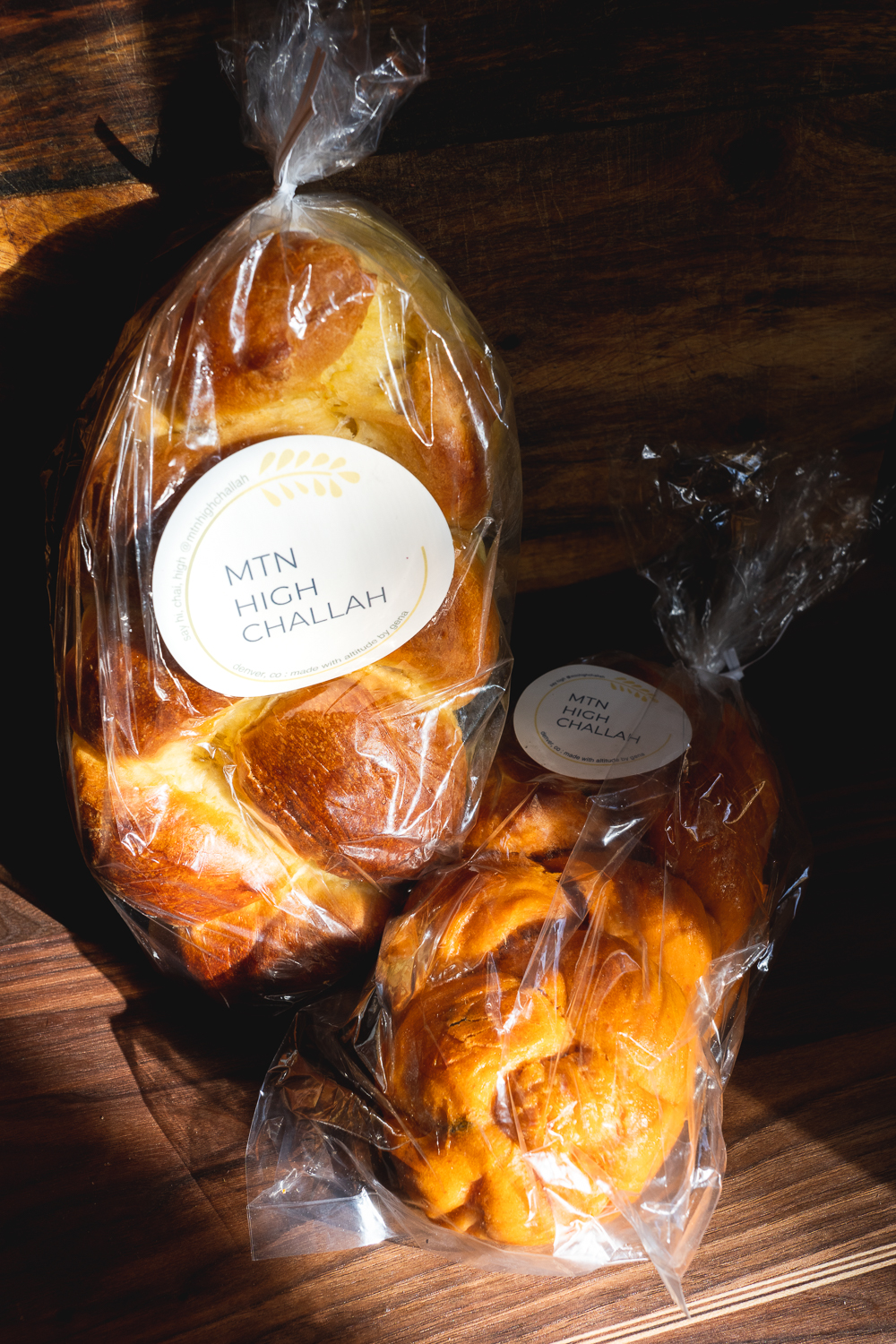 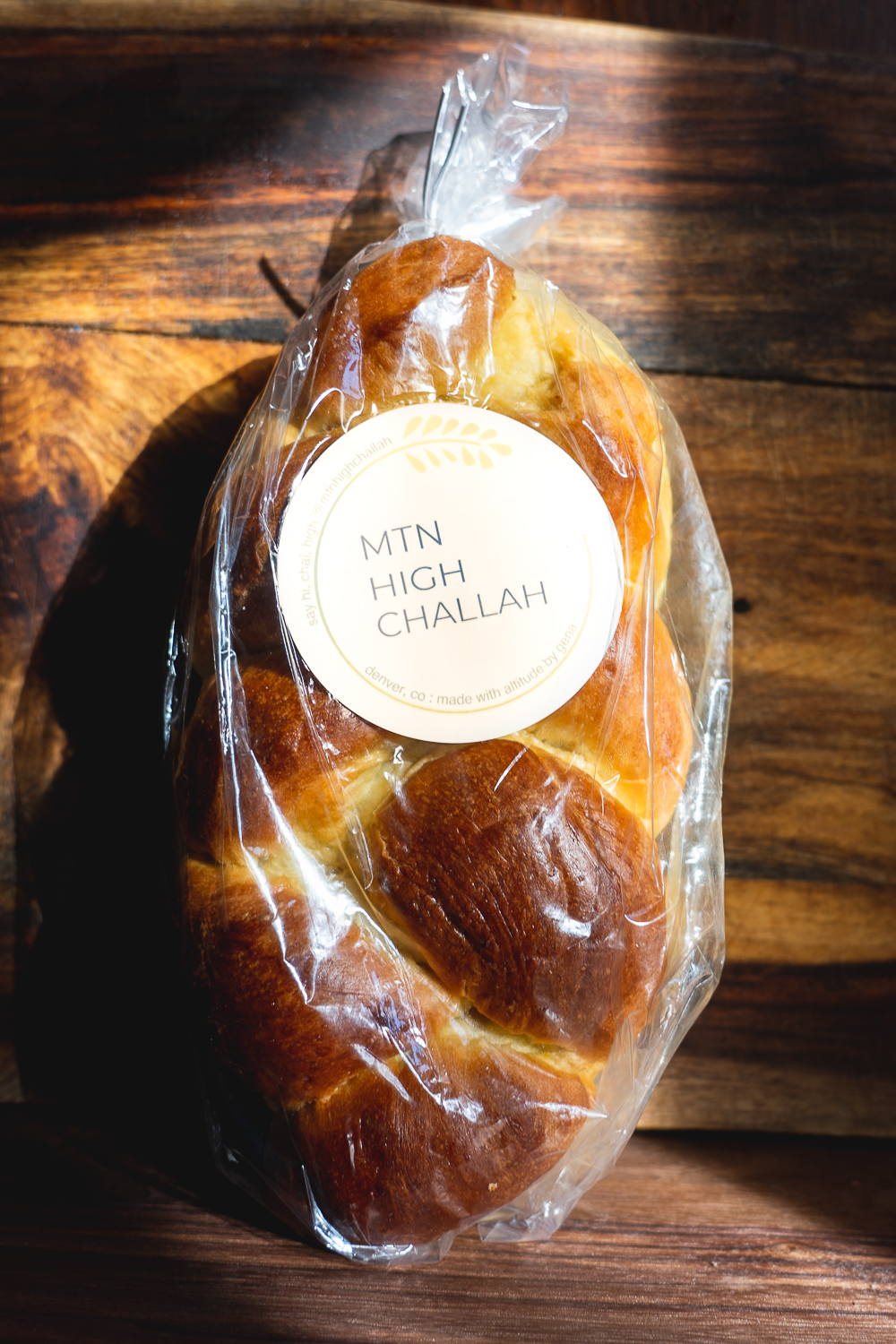 As a social worker, Gena spends her days taking crisis calls and spends her nights experimenting in the kitchen. It was graduate school that initially brought Gena to Colorado. Originally from North Carolina, the Medoff family would frequently visit Aspen a lot for skiing. Although Gena migrated to Denver, her sisters live on opposite sides of the nation — Carmi in North Carolina and Mica living the nomad lifestyle bouncing between Los Angeles and New York.

After discovering the huge at-home bakery community on Instagram, the team was able to pick the brains of a few well-established shops. With some real distance between them geographically, the Medoffs became attached at the hips virtually — which helps when brainstorming recipes.

“We talk all day everyday anyways. We’re also really honest with each other. We all have different tastes that work together. Gena has a sweet tooth and Mica could eat pickles and feta all day,” Carmi said. 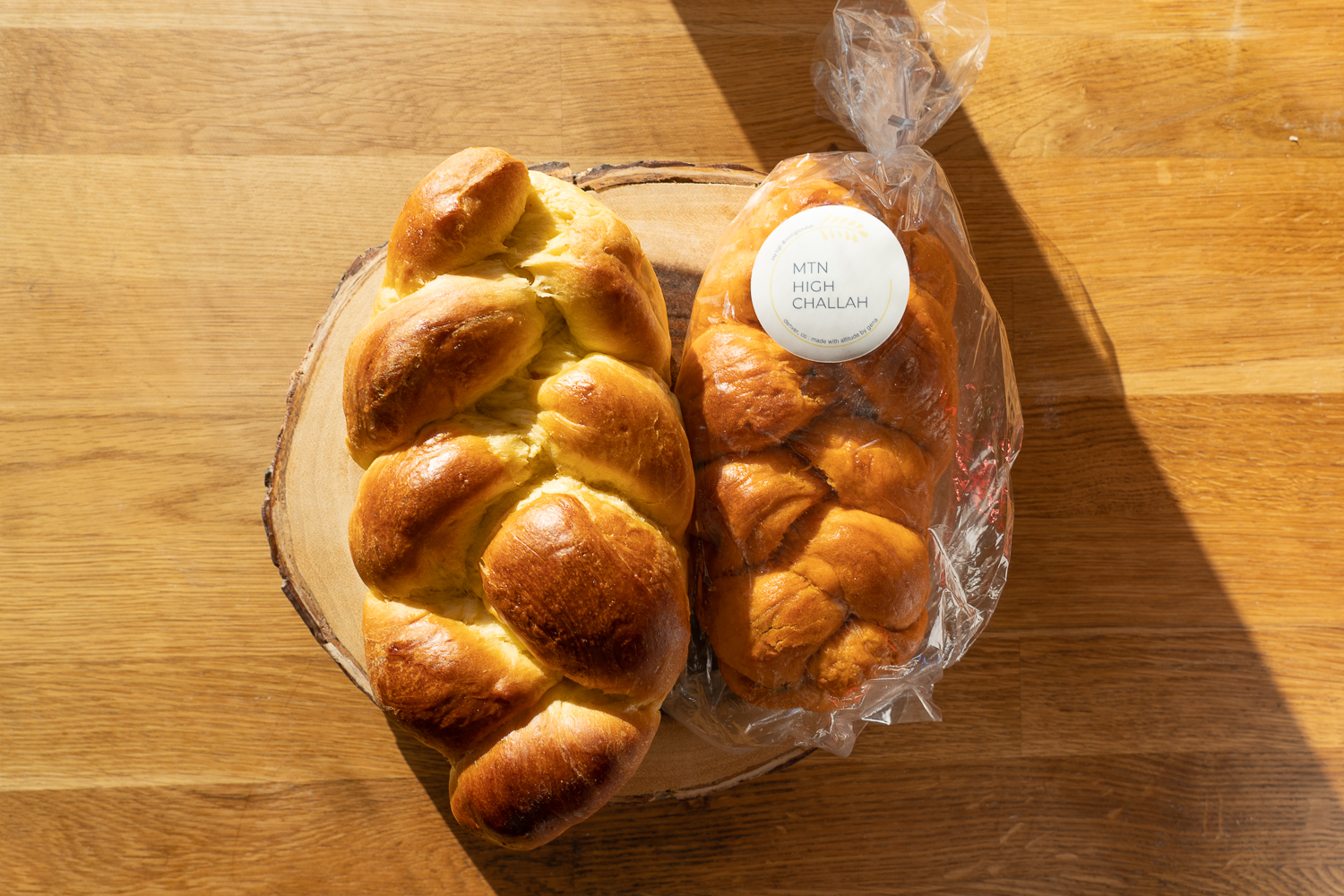 The bakery offers a wide variety of challah flavors that combines both sweet and savory flavor profiles from jalapeño cheddar and everything bagel to cinnamon raisin and chocolate chip. The intimate menu is announced weekly via Instagram story and available for pick-up or delivery across the Denver metro area.

Because Mtn High Challah is just a part time gig for all three, a lot of the logistics are still a work in progress. Currently baking from home, the team is looking to share a space with some Jewish communities to offer kosher and locally sourced ingredients in the future.  Right now, the bakery uses local honey and offers a gluten-free challah — that happens to be one of their best sellers.

Growing up, their mother would buy fresh challah from a local bakery every Friday. This bakery had a jalapeno cheddar bread that Gena has enjoyed recreating. As for other challah flavors, she’s known to be very resourceful.

“I’m inspired by whatever’s in the kitchen. While everyone else made sourdough and banana bread during quarantine we made challah,” Gena said.

As a family tradition, the Medoffs gather around virtually every Friday night for a Zoom Shabbat. Gena wanted to try her hand at baking challah to show off to her older siblings. Living in the Mile High City, that came with some varying challenges.

“It was a learning curve baking at high altitude. It was a work in progress, but we found some good recipes. The biggest challenge was the oven,” Gena said. 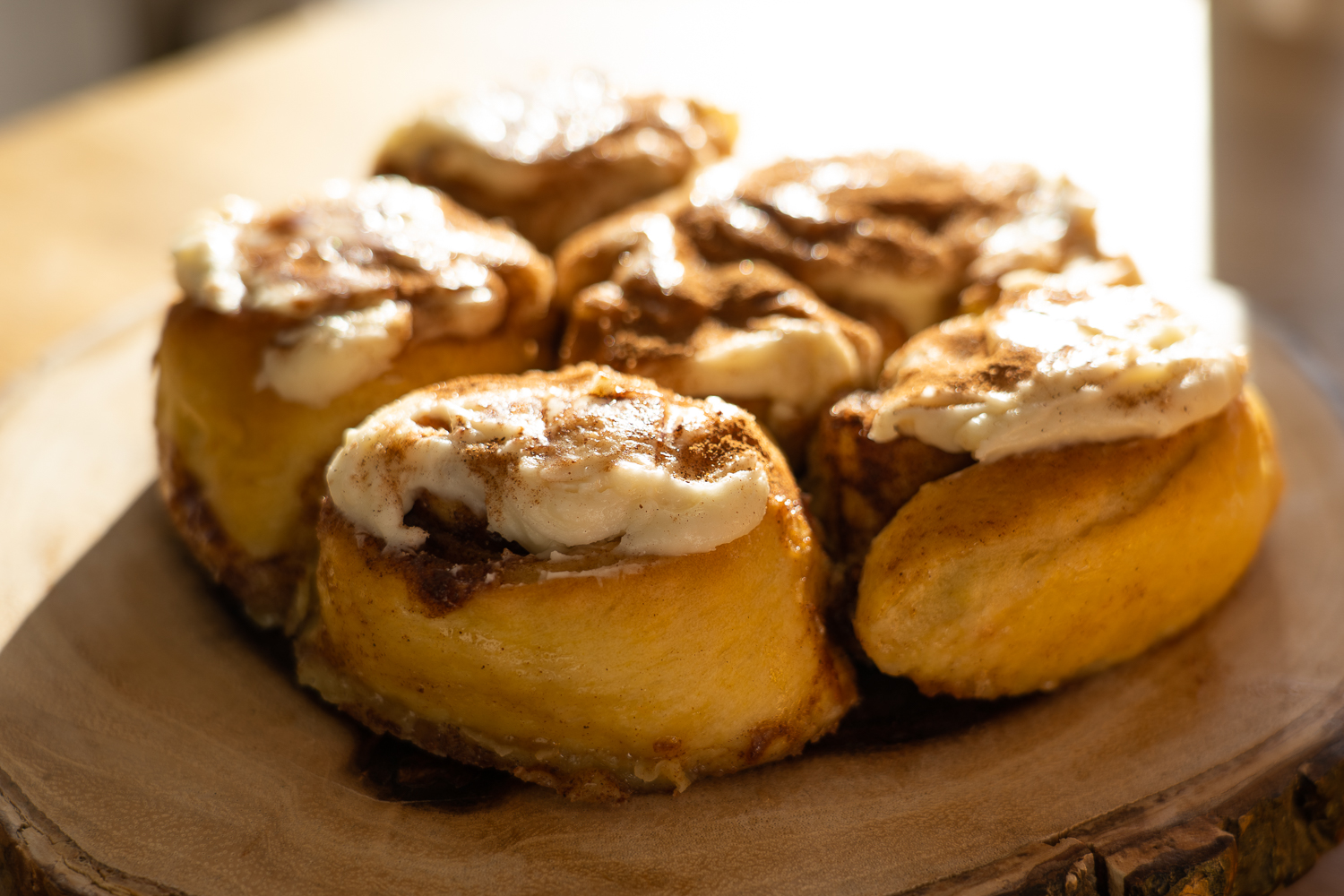 Though challah is the bakery’s specialty, the menu also showcases cinnamon rolls and flavored babka from cinnamon to white chocolate raspberry. Mtn High Challah isn’t just a new venture for these sisters, it’s a way to stay in contact when it’s just as easy to fall out of touch.

“Food has always brought us together,” Mica said.

“This is the number one best way to stay close while being apart,” Carmi said.

With family being such a huge part of their lives, the younger siblings have a conference call every Sunday to discuss life and all things challah. Being the youngest, Gena has taken a lot of pride in building this bakery alongside her siblings.

“I’ve always been the baby. It’s nice getting to show my older siblings what we’ve learned and accomplished,” Gena said.

Just like traditional white bread, challah is quite the versatile baked good. Whether it’s sliced and buttered or used in bread pudding, the options are endless. Gena prefers to make French toast with any leftover bread, Mica prefers to use it as a vehicle for Caesar dressing and feta and Carmi goes back to her childhood by dipping it in honey and generously sprinkling with salt.

While Mtn High Challah is just getting going and the team is looking forward to what the future holds, the real dream is a food truck for challah on wheels.

More information about delivery and pricing for Mtn High Challah can be found here.

All Photography By Brittany Werges.