Courtesy of the Co-Own Co.

Starting in early 2022, those looking to buy a home in Denver will have a brand-new option to help them do so — at a fraction of the usual cost.

“When people think about cooperative housing, sometimes they think about standard co-ops like you hear about in New York and California,” said Sarah Wells, Co-Own Co.’s director of sales. “What we think about more commonly in Colorado is shared housing. What we’re doing is really combining those two concepts.”

“Across the United States, there are lots of co-living models that have popped up where one can rent,” she continued, “but for us, the backbone of our project is to have an ownership stake. There hasn’t been anything like this in the United States that we know about.”

The Co-Own Co., which has been working on its concept for about two years, has identified three Denver sites for their first projects. The first will be in the Hilltop neighborhood at 219 and 229 South Holly Street, with the company planning to break ground on that project in the first quarter of 2021 so that residents can move in during the first quarter of 2022. That first project will include six townhomes with four shares each. Every unit will have its own bedroom, bathroom and a coffee bar where residents can cook small meals. Meanwhile, the four units in each townhome will share a larger kitchen, a living room and a rooftop deck. 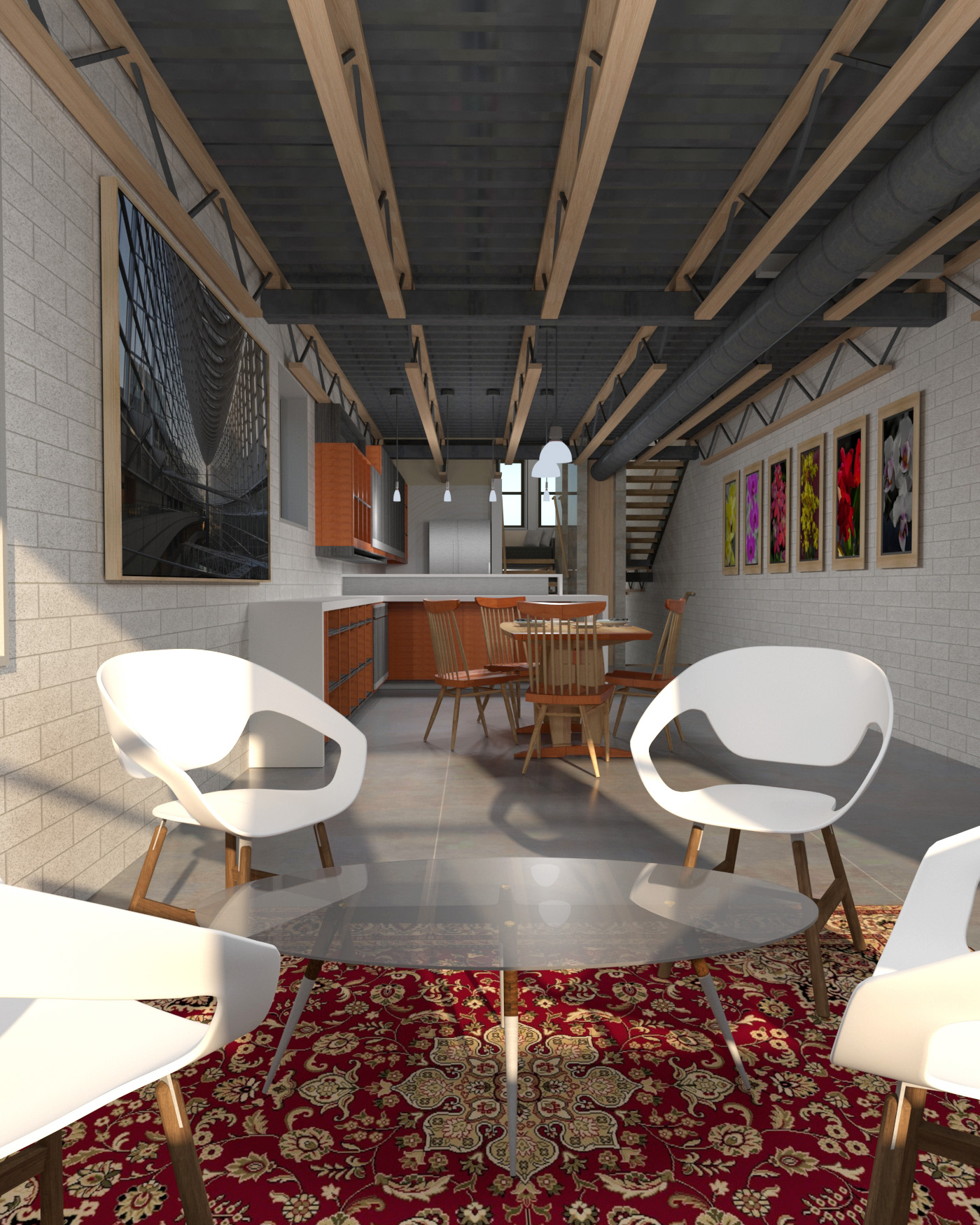 A rendering of a Co-Own Co. townhome unit. Courtesy of the Co-Own Co.’s website

The model’s primary selling point is its price range. Wells, who is also a local real estate agent, estimated the startup costs for buying a condo in the Hilltop area are around $300,000 with a down payment and other initial fees requiring about $20,000 in up-front costs before even moving in.

But the Co-Own Co. units in the Hilltop neighborhood will cost only $150,000 in total, and the company will offer up to $10,000 in down payment assistance for new residents. This means that residents will only need to make a down payment of about $5,000 to purchase a share in the townhomes and start earning equity in their investment, Wells said.

“It’s not necessarily the monthly mortgage payment that is out of reach for people, it’s the massive amount of money you need up front to even get your foot on the ladder of equity,” she said. “Another problem we’re solving is that the first-time home-buyer options that are available to a lot of people end up being really far away from the city center. We really wanted to be close to public transportation and allow people walkable access to parks and restaurants, and shops and schools.”

Wells said the Co-Own Co. will work to matchmake share-owners to ensure they can build a strong community in their shared living space. She also expects that in some instances, families will buy multiple shares in the same townhome, creating a case where one townhome would be shared by two families, as opposed to four individual people.

“There are some community creation elements in the process to make sure the people that we’re matching are feeling good about living with each other, and also that we’re setting them up with the right community structure and rules,” Wells said. “Those rules and those structures are based on decades of research and implementation from other housing cooperatives across the U.S.”

The Co-Own Co. is currently seeking $1 million in funding from interested investors through WeFunder, a crowdfunding service, and has said another $9.5 million in funding will come from accredited investors. After the funding is secured, construction will begin. Wells encouraged those interested in buying a share in the townhomes to contact [email protected] to learn more about reserving a share and be added to a list of people receiving ongoing updates about the project.

“I have encountered so many people that homeownership is not accessible to them and I’m really motivated and inspired to give people more options,” Wells said. “Allowing people to have a stake in where they live is what creates vibrant culture and vibrant neighborhoods. Our hope is that this project will do that.”