Ski music knows no bounds — it’s as subjective as the industry itself. Some prefer the flowing, carefree nature of rap music. Others gravitate towards the speed and reckless abandon of classic rock. EDM music has its place as well, many riders let the multi-faceted genre light up their day on the slopes. Your preference isn’t of importance here. Whatever it may be, we’ve got something for you on our ski season playlist. Perhaps you want to feel weightless — if this is the case, Ege Bamyasi and Naturality have you covered. Do you want your turns falling in synch with bass lines and cutting-edge wordplay? Music by Your Old Droog and Thundercat will fulfill your desires. Enjoy this lineup of wide-spanning music crossing decades of sonic time, along with a sprinkle of our favorite local music. 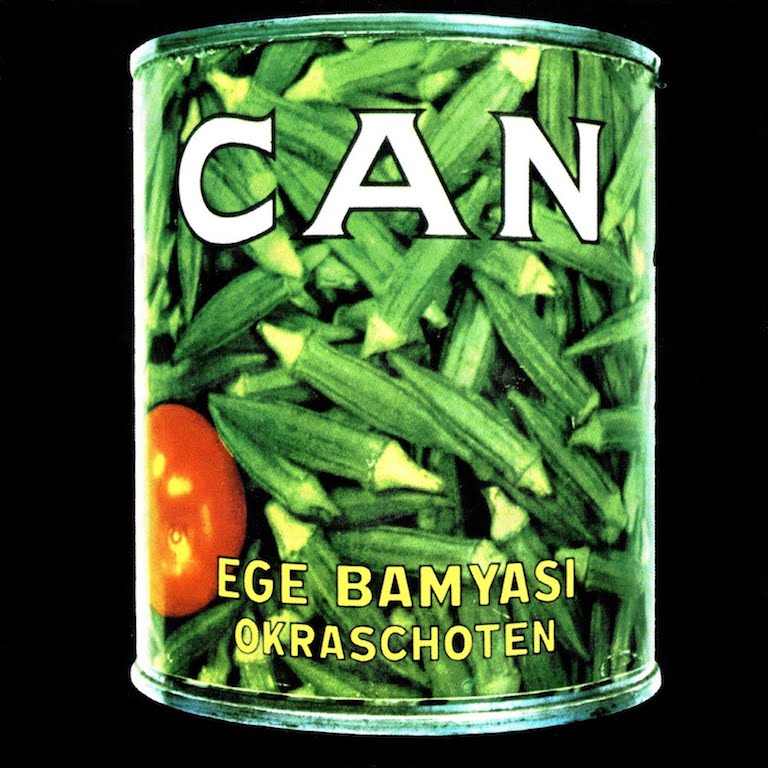 Thus we arrive in the oddly satisfying world of German krautrock. It’s a blip in European musical history deserving of any and all praise — mostly for the scene’s ability to combine psych-rock and blues orientation with a touch of electronic music. Can was essentially West Germany’s Led Zeppelin or Cream, and nothing short of that. For more than a decade, they pushed Germany’s most ambitious genre to its zenith. 1972’s Ege Bamyasi is the band’s magnum opus, a perfect record driven by ski music’s best friend — percussion. Jaki Liebezeit rips his drum kit to pieces — on “Vitamin C” and “Soup,” his sticks are on full display amidst soft-spoken vocals from Damo Suzuki and company. Even on casual runs down the mountain of your choice, Ege Bamyasi will make you feel like the fastest skier on this side of the Mississippi River. 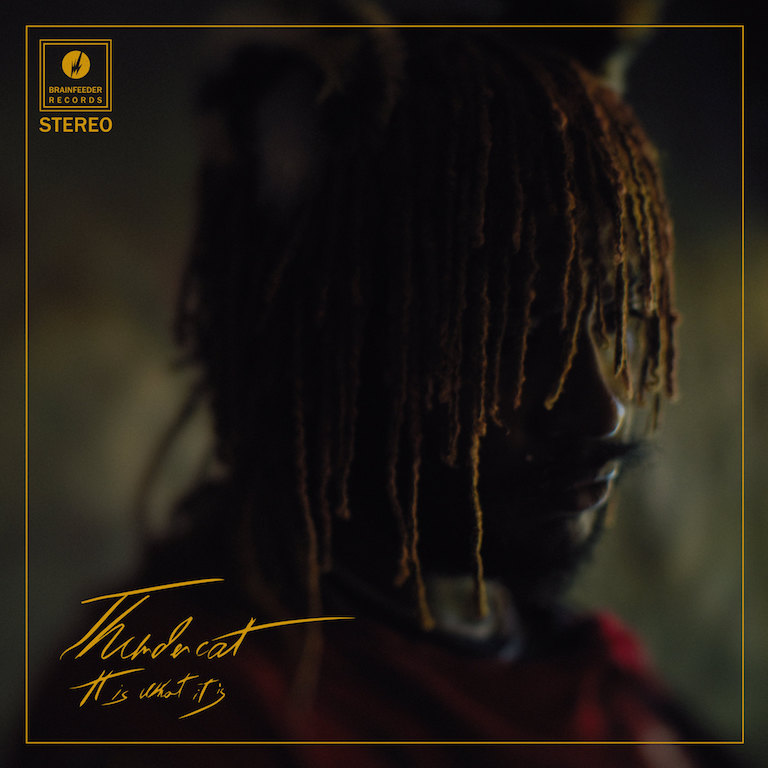 If the aforementioned album is an example of percussion as a catalyst for the ski experience, then Thundercat’s It Is What It Is accomplishes the same effect with bass-riffs. Stephen Lee Bruner may very well be the world’s best bassist. This thickly-strung instrument is the beating heart of his discography spanning nearly a decade. On It Is What It Is, Bruner lays down addictive melodies about eccentric headwear (“Dragonball Durag“), picks up the pace with synthesizers (“Funny Thing”), and float through outer space with Ty Dolla $ign and Earth’s resident based god, Lil B (“Fair Chance”). Be careful, Bruner’s newest studio album is sure to have you grooving so hard you’ll pop out of your bindings. It’ll also make you the happiest person in Colorado — whichever comes first. 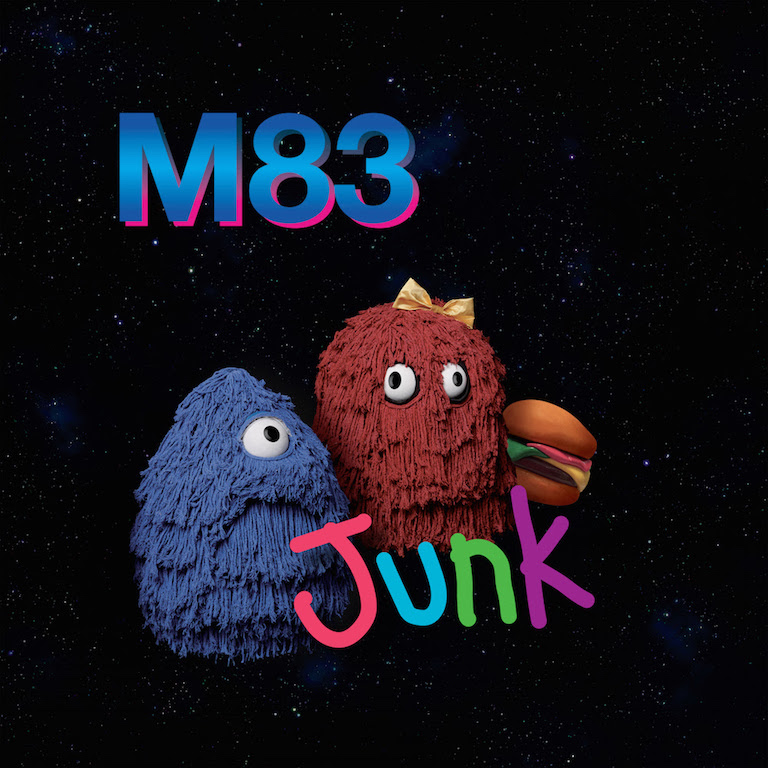 M83’s Junk is anything but. Anthony Gonzalez was faced with the uniquely difficult task of continuing a fifteen-year run without longtime keyboardist and vocalist Morgan Kibby. What resulted was an ’80s pop fanatic’s fever dream — an album that feels from another time and place entirely. “Do It, Try It” thrusts itself between power-ballad and distorted explosion. “Solitude” is equal parts Pink Floyd and James Bond title sequence. Junk, as an album is emblematic of the first runs of the morning after heavy snow — you cut through powder as Gonzalez cuts through another dimension of music itself. 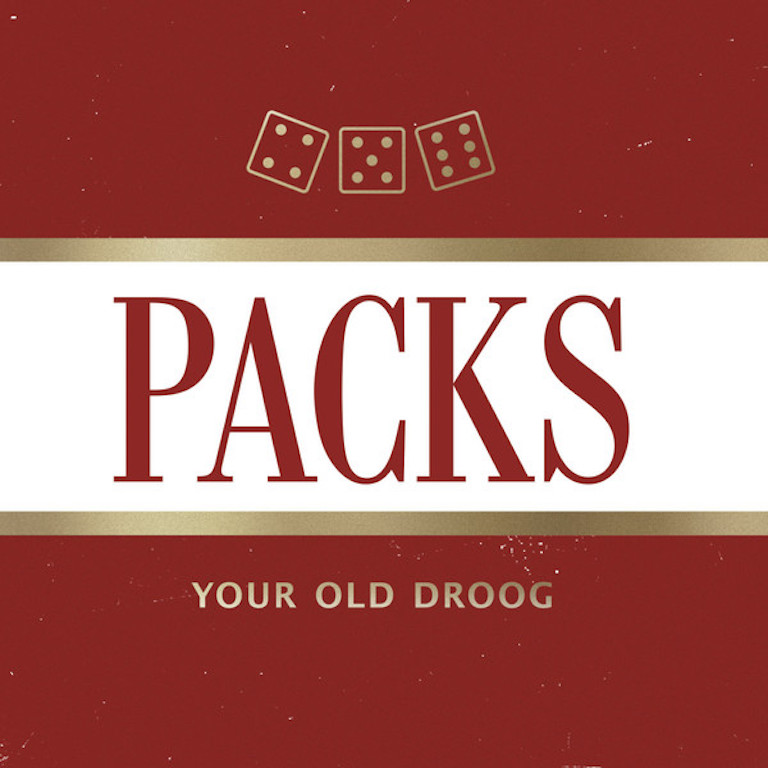 Most of my friends will tell you that their ski playlists are filled to the brim with rap. Artists like Lil Baby, Meek Mill and Kanye West (amongst many others) are modern-day rockstars capable of bringing a certain energy to the slopes. But what about rap in its purest form — crackling samples, buttery flow and silky smooth aura that cannot be understated. Your Old Droog is a manifestation of all three qualities. The Ukrainian-American Brooklyn native is aggressively confident, Packs allows Droog to show off his lyrical gift over samples as gritty as the city he hails from. “Bangladesh” is an exotic ode to boom-bap, and “Winston Red” is distant and funky beyond description. Who knew music hailing from the birthplace of rap could work in the mountains? Give it a try, you’ll be scrunching your face in amazement on the chairlift. 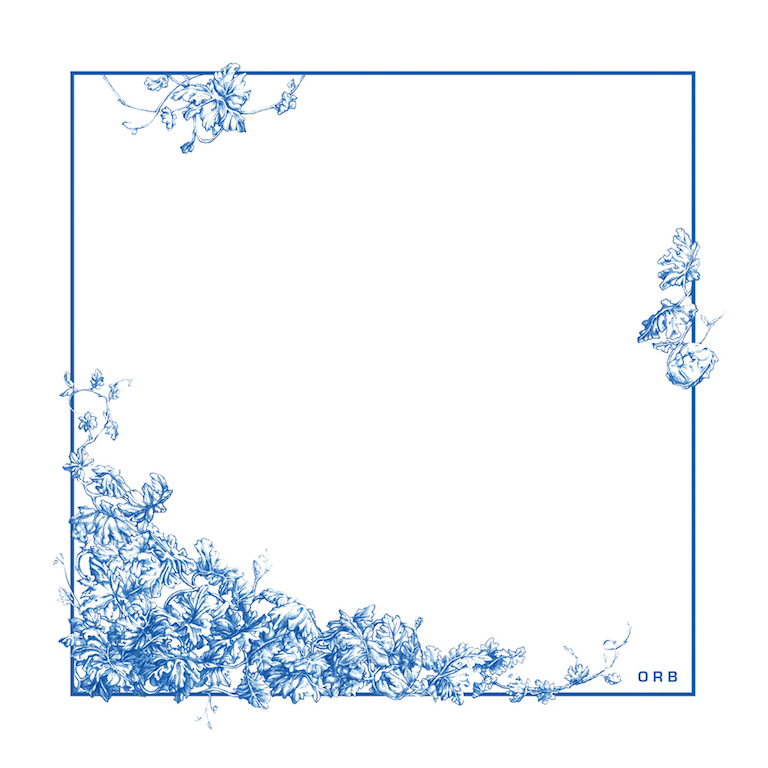 ORB lays between tall grass and toadstools in the garden of psych-rock — their sound is ever-changing and evolving. Naturality is a journey aided by muted guitars, loose drum kits and more progressions than one can count on two hands (“O.R.B.” sees nearly seven different chord progressions and tempos). ORB experiments in an esoteric method of rock creation. They’re the bastard child of Black Sabbath. On your next trip to the mountains, they’ll be your favorite. 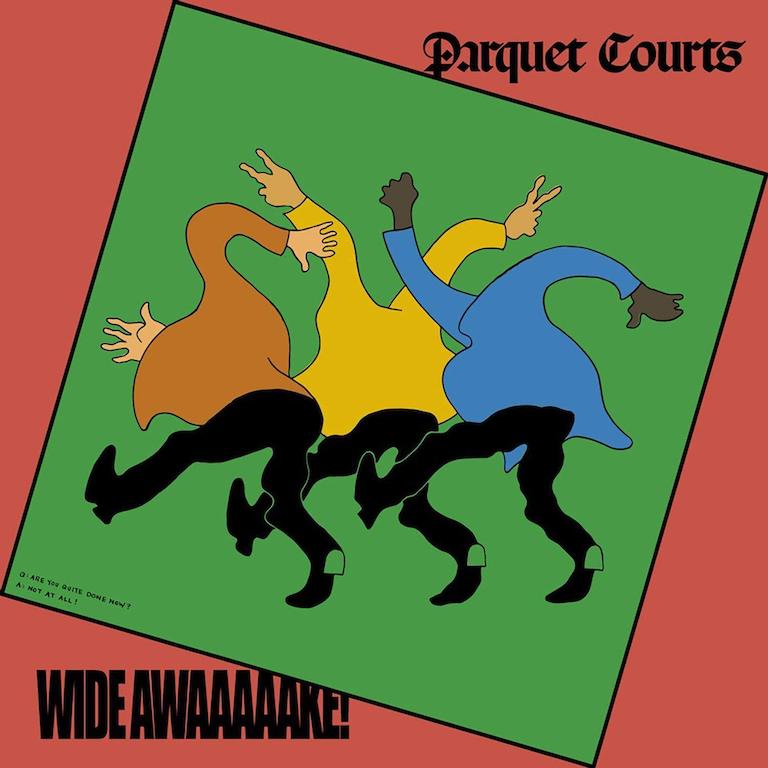 Parquet Courts have seldom missed in their extensive discography. This NYC punk-rock quartet set headphones ablaze time and time again with their up-tempo power ballads — then add fuel to the fire with politically charged lyrics by frontman Andrew Savage (winner of best name on this list). “Total Football” is an introductory record for the ages, while “Freebird II” is the anthemic spin-off sequel no one asked for. Wide Awake! is as good on a moguls run as it is on the drive into the mountains, and anywhere else on the planet for that matter. 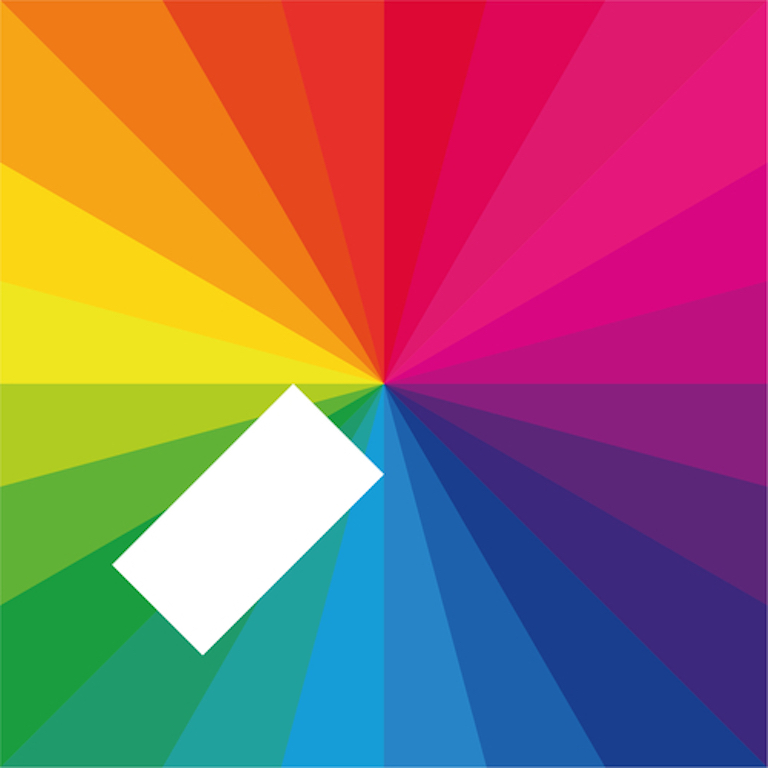 Behold, an electronic colossus. Jamie xx could teach a masterclass on setting the vibe. His album, In Colour bursts at the seams with vibrant beat patterns and even an ever-fitting Young Thug feature. It’s intense, it’s playful, and most critics would agree that it’s one of the genre’s best top-to-bottom records of the last decade. “Gosh” is for your 8:30 a.m run, while “Loud Places” the sunset on the drive home. “I Know There’s Gonna Be (Good Times)” is for anywhere in between. 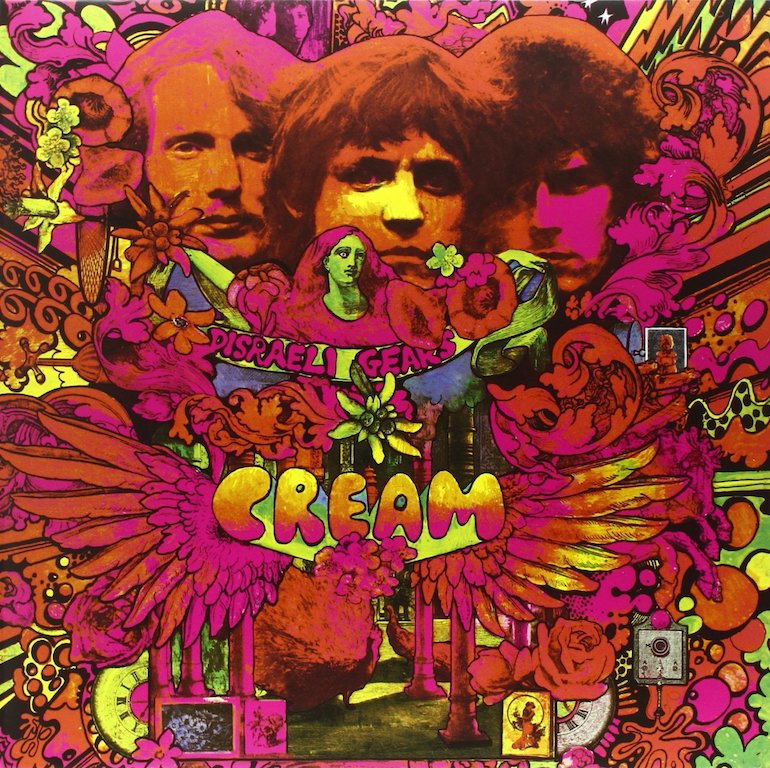 We end our journey at the top. When Eric Clapton, Jack Bruce and Ginger Baker convened in 1966 — spawning modern music’s first recognizable supergroup — the world paid attention. Twelve months later, three masterminds atop their respective instruments released Disraeli Gears — half an hour of the best rock music ever conceived by man. Baker’s drum fills are immaculate. Clapton showed why he was, and still is, one of the most polarizing guitarists to grace our planet. Bruce crooned into listener’s souls — painting portraits of witches cauldrons, dimly-lit jazz clubs and battleships at sea. There isn’t one setting that Disraeli Gears doesn’t thrive — your day at Arapahoe Basin or Winter Park is no different. It’s rock music at its most graceful.