“What’s next?” is a question that resonates more often than normal these days — finding ourselves enamored with impending change. Time after time, the return to normality evades our grasp. In the glaring face of a national shutdown — one that renders live performance obsolete — musicians meander between the immovable, looming walls of uncertainty. This is especially true for independent artists, a niche of modern music whose roots are organic, but rapidly waning. Without a major label machine to back their efforts, much of indie music walks a financial tightrope. It’s a staring contest between genre and inevitability — question is, who’ll blink first? At Indie 102.3, the answer is crystal clear, and for them, the song remains the same.

Denver’s foremost indie radio station is built on a foundation laid by an innate responsibility, as well as a burning desire to put local artists on a pedestal in even the gravest of circumstances. When we reached out to Alisha Sweeney (Host/Local Music Director) and Bruce Trujillo (Host/Assistant Music Director) for conversations on such matters, their messages back are quick and gregarious. “Thanks for reaching out and thinking of me, thanks for recognizing my work — I love it, I breathe it, it’s a lot, and I’m doing my best,” said Sweeney when we initially reached in hopes of connecting. This outward passion further manifested itself as we connected over Zoom for an in-depth conversation concerning 102.3’s role on a local level, its obligation to the local scene, and what the future holds for the station.

Colorful relics from bands and artists decorate the walls behind her — music quite literally surrounds Sweeney as we begin our conversation.

“Within the network of what we do, I consider myself a musical responder, and we’re recognized as such. On the air or online, I’ve been able to be there for our community — helping out struggling musicians. When their livelihoods started being affected early on, we quickly put together a musician’s resource guide that you can find on our website. It offers help for those that are in need, and they can apply for grants and a whole bunch of other stuff.”

As of now, there’s little to no outlets for independent musicians to generate revenue. This factual statement presents the question of “how?” In what ways can we as listeners support these artists? Sweeney leads by example in this facet of the musical world.

“I support a handful of artists on Patreon right now because they absolutely need it. Most up-and-coming musicians were relying on touring their new record. They’ll only make a penny for all the streams they get, so providing aid in any way I can is important.”

Sites like Patreon and Bandcamp serve as, perhaps, the only financial avenues for the local scene. Still, Sweeney knows how vital playtime is. The transition from daily to hourly features by Indie 102.3 over a year ago formed a new way to get more local artists on the airwaves. In the face of a pandemic, it’s paying huge dividends.

“Instead of doing the daily hourly music show at noon every day, we worked our way over to the hourly feature so that more ears can hear various Colorado artists. For Local 303 — our monthly music feature — I curate around 12 bands and artists each month in 2020. I featured 146 local musicians throughout the course of 2020 with hourly airplay — I feel really proud of this.”

This adjustment occurred in the “before time” — a figment of days past that Sweeney doesn’t feel is worth our time. Music of the present is in dire need, and her sights are set squarely on giving it a platform in new and creative ways. Two segments that exemplify this are “Sheroes,” a weekly show that features women in music, hosted by New York radio DJ Carmel Holt, as well as a monthly LGBTQ feature that showcases queer talent. On top of all this, Sweeney has some aces up her sleeve.

“I call it “Tarot Tunes and Talk.” I’m totally not a witch, but during quarantine, I started diving into tarot cards for creative inspiration. It’s really fun applying this to the musical world. We’re going to test pilot this at the beginning of 2021 with some musicians, and I’m looking forward to it. I reached out to Elena from Tennis, and she’s up for letting me do a reading for her. I consider it a little bite-sized interview. I pull some cards and just read her some tarot cards, which opens the conversation. Then she’ll play me a song.”

Host and assistant music director Bruce Trujillo is urgent in her innovation as well but also sees how local talent has experimented under duress. “I cannot wait to hear what is coming up. I see a lot of artists getting creative with how they share their new work.” Unsurprisingly, her approach to highlighting the community runs in a similar vein as Sweeney.

“I’m most excited about growing my weekly show, “Especial,” which showcases Latin-made music. Right now, I’m hoping to expand my Comunidad Guest DJ feature on the website, where each week I invite a member of the Latin community to share some of their favorite music.”

Inclusion is paramount for Trujillo, now more than ever. “The point, for me – as with highlighting bands during Black History Month, Pride, or Latin Heritage Month  — is to diminish stereotypes in music.” 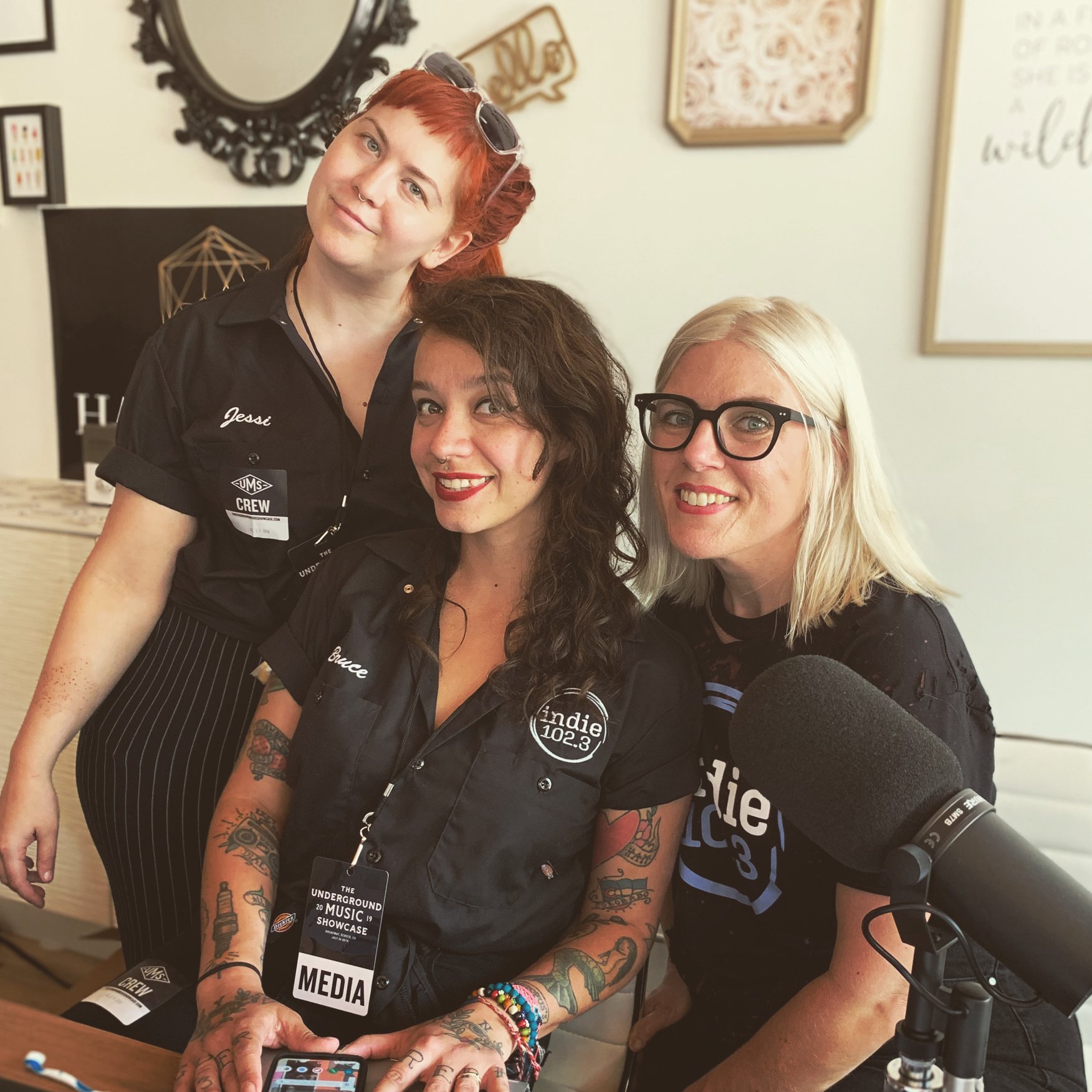 Above all, Indie 102.3 is always hungry for new music. Sweeney tells 303 Magazine that she listens to every single submission she receives. “Hey, you might not get a reply — but I promise we are listening to it.” Trujillo concurs and makes a point of explaining how, even if an artist’s submission doesn’t fit 102.3’s sonic niche, there’s a home for it in the Denver area.

“We are an Indie station, and focus on that type of sound. So even if a band doesn’t quite fit our format, there are a handful of other amazing stations around the Denver-metro area and beyond that they would sound perfectly at home at (we still want to hear from y’all, though).” 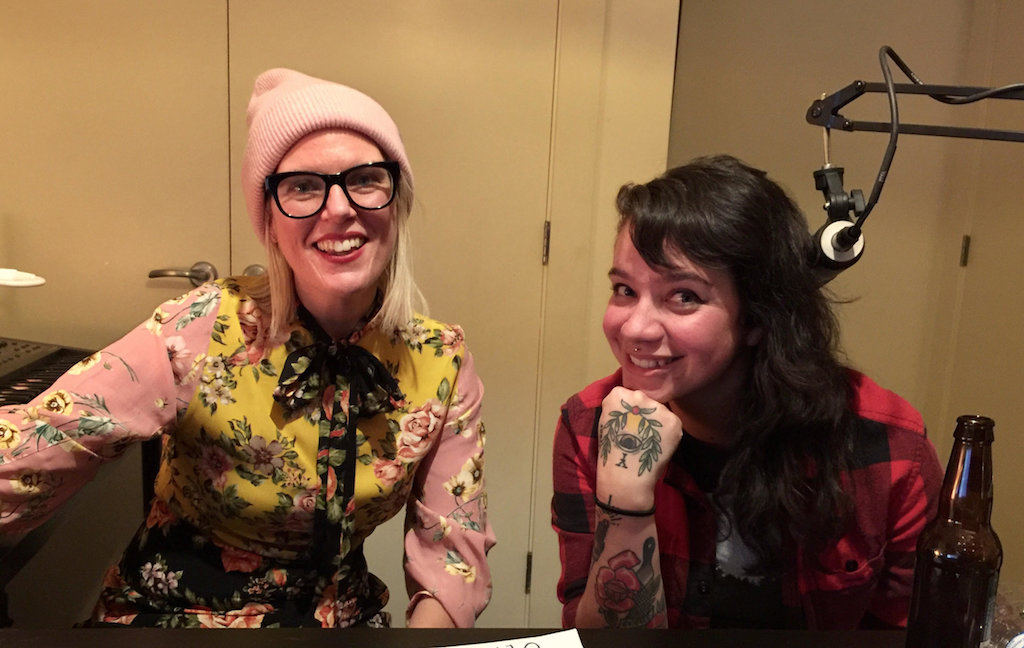 Courtesy of Ultra5280 (by Shon Cobbs)

Radio is pure and unshaken. It’s the microphone that’s been pulled from stages across the country. It fills the audible void between song and ear. Sweeney and Trujillo are that bridge — and they’ll continue to fill the gap till the end of time. For these two and everyone at Indie 102.3, the work they choose to do spans far beyond providing listeners with local music. In essence, it’s family.

“Radio can be a lonely medium. You’re sitting in a soundproof room talking to yourself. Then I remember there are 60,000 people out there actually listening in and making a connection with me. That’s been special and not lost on me.”