Photo courtesy of The Winery at Holy Cross Abbey.

To Royal Gorge-based winemaker Jeff Stultz and farm owner Justin Jenkins, the most treasured parts of their region include the beauty of Arkansas River moving through Cañon City and proximity to Colorado Springs, Cripple Creek, Salida and Westcliffe (all can be reached within one hour of driving.)

There is also the deeply linked community of farms, orchards, wineries and cideries, many of which are family-owned businesses. Stultz and Jenkins grew from their generational roots in the Royal Gorge region (Fremont County) and into work in the agriculture and wine industries. Stultz returned to his family’s homestead location in Colorado in 2001, bringing experience in California boutique winemaking at Searidge Winery in Sonoma County. He also grows grapes (Riesling and Norton varieties) on his home property, first homesteaded by his ancestors in 1873. Jenkins has five generations of family history in Penrose.

Residential agriculture and small farms are promoted locally by a recent zoning change and relationships between producers to innovate and invigorate business. As of October 2019, the county-wide zoning change in Fremont County allows residents to grow small-scale vineyards, orchards and gardens in backyards and start a limited winery or cidery on smaller farms.

The area carries a significant agricultural history. By 1891, Fremont County was an early leader in state fruit production, shipping 721,000 tons of apples, pears, peaches, grapes and other fruit. Cañon City was established in 1860 — Colorado’s oldest apple orchards grew there in nurseries in 1867 and grapevines were also planted in the 1860s. Small fruit and vegetable farms now produce in the summer and fall.

The Winery at Holy Cross Abbey and Jenkins Farms are two thriving examples of the region’s revived agriculture and winemaking legacy. Stultz is the head winemaker at the winery — in early October during crush season, he coordinated one ton of grapes from Palisade to be delivered to Jenkins Farms for production at the farm’s burgeoning Western Skies Winery. 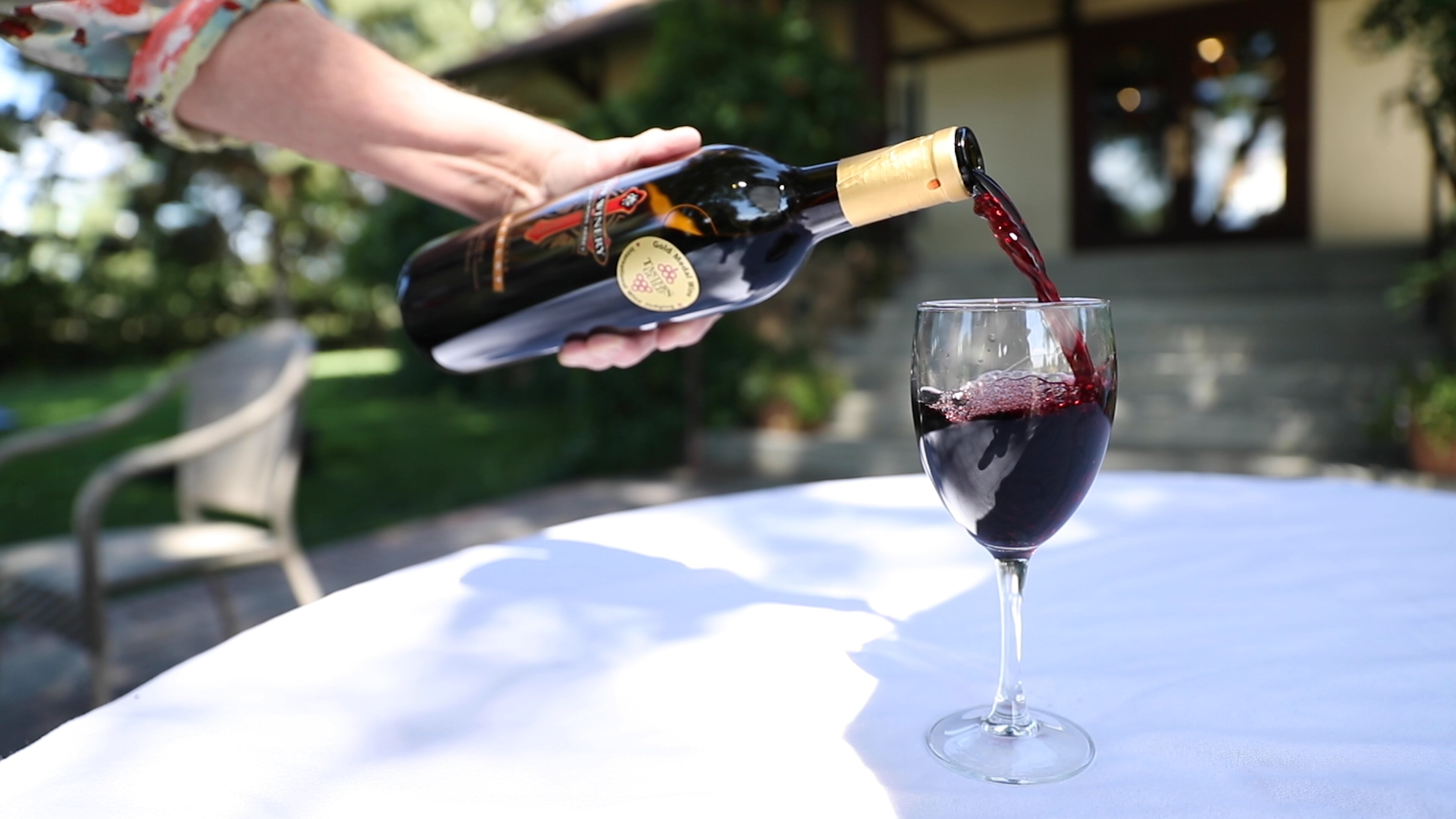 Photo courtesy of The Winery at Holy Cross Abbey.

The Winery at Holy Cross Abbey, started in 2002, is located at the site of a former Catholic monastery. It is one of the largest wineries statewide and is the longest running in the area.

Fruit and vegetable farms were on the property historically to serve the mining industry, trading and developing towns. Leased, open agriculture space surrounds the winery where hay grows.

Wines produced by The Winery at Holy Cross Abbey are successful in state, national and international wine competitions — Stultz shared that the winery distributes about 10,500 to 11,500 cases of wine each year.

Stultz was the winery’s assistant winemaker from 2003 to 2013 before transitioning to his current role as head winemaker. He noted that with traditional agriculture declining due to climate issues and water access, there has been a shift to wineries and cideries.“The small scale of Colorado winemaking is hands-on and handcrafted,” Stultz said. Both Stultz and Jenkins of Jenkins Farms have seen a rise in wineries and cideries in the area, after the zoning change opened business opportunities for production.

Only Riesling grapes grow in the winery’s vineyards. A combination of drought, hail, freezes, elevation and other climate issues prevent sustainable growth. “A lot of things have to happen right to get a crop,” Stultz said. “Hail damage to agriculture and timing of spring freezes create problems.”

Damage in October 2019 and spring freezes killed grapevines — in good conditions, vines become dormant in the winter and grow back in the spring. After this year’s poor production, Stultz predicts a high-quality crop can be harvested in summer and fall 2021.

Grapes and fruits for Stultz’s winemaking in Cañon City are purchased and shipped from the Western Slope. “From Palisade, we are bringing in Merlot, Syrah, Cabernet Franc, Cabernet Sauvignon, Sauvignon Blanc, Chardonnay, Pinoy and other varieties, and St. Vincent, Verona and Petit Pearl cold, hearty grapes that grow well in Colorado,” he said. Grapes are harvested in Palisade’s vineyards, loaded into refrigerated trucks and delivered at the winery the next day by the tons. Dry reds and whites are Stultz’s personal favorite wines, but he invites visitors to explore their own tastes

In order to accommodate visitors during the pandemic, the winery has an outdoor-only wine tasting space. Staff enforces required face masks from car to tables and wine is served at tables only.  There are meal options from The Abbey Events Complex. Stultz estimates about 150 visitors come daily in the fall — locals visit the winery in the winter.

Visitors are encouraged to make reservations, can purchase bottles of wine (without tasting) at the tasting room and order bottles online. During the winter, the tasting space will be equipped with Plexiglass screens and heaters. No tours are available with the fall crush season underway and may restart next spring and summer. 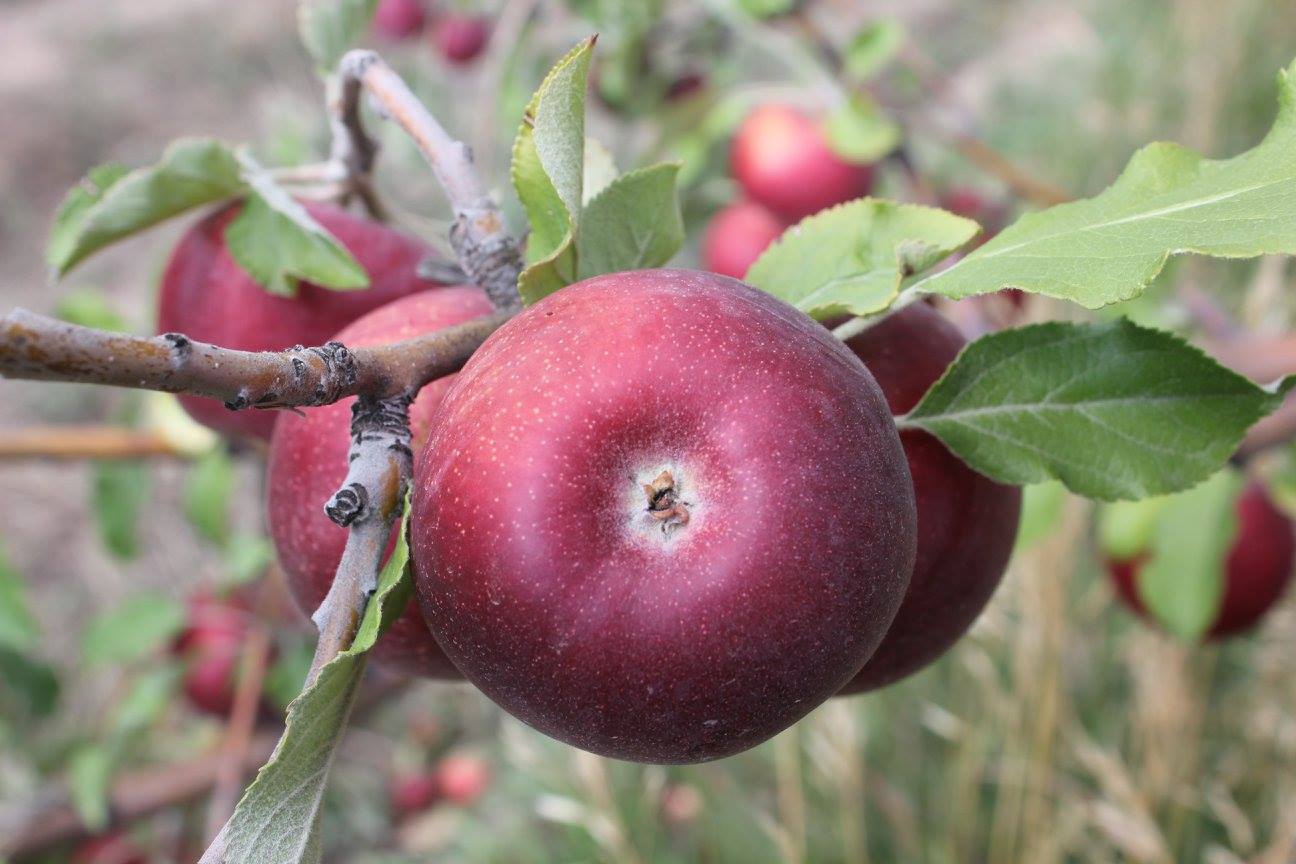 Jenkins Farms and Western Skies Winery offers orchard apple picking and produces cider, apple wine, wine and alfalfa hay. Jenkins is the farm and winery owner, operating production with family members, now fifth generation in the Royal Gorge area. Apples, cider, pumpkin patches and berries tend to attract visitors in the fall, though there were no apples grown in Jenkins Farms’ orchards this year. Jenkins said this fall, apples and pumpkins were brought in from the Western Slope to maintain business continuity. Tasting and activities are outdoor-only — the tasting room is also under strict COVID-19 protocol.

Apple orchards were introduced at the farm in 2007 and grapes are currently growing in a test plot. Jenkins first started to produce wine through the zoning license in 2019 — he works with farm neighbors with vineyards on a developing, small winery. Jenkins also uses Western Slope grapes for winemaking and receives other fruits from Hotchkiss.

Royal Gorge producers expect climate and weather impacts on agriculture year to year — Jenkins is looking forward to heavy snow this winter to bring moisture to soil and has goals to build out wine production. He is also working with eight other local wineries and cideries to establish a co-op business and continue to promote the region as a farm and agriculture destination.

“The folks that are out here are here for a reason,” Jenkins said. “The orchards and the wineries all work together — there is no competition. We all help each other be successful.”

To find more information about Colorado agriculture, read An Update on Colorado Agriculture – Farmers and Ranchers Respond to Challenges This Year and visit the Colorado Department of Agriculture.