Picture an oil painting. One that is adorned with a ridiculously ornate gold frame, and even though it is covered in dust it still looks clean. In the frame, there is a deep black background with five ribbons of color streaming across it. The paint is raised and bumpy with each ribbon intertwining as they ebb and flow across the painting. It looks perfect and imperfect all at the same time, but most importantly, it smells really nice. The painting’s description is the image that the lead vocalist of Ghost Tapes, Ishka Phoenix, sees when manifesting the visual form of the band’s latest EP. It is a representation of the band’s dedication to making music that is true to themselves while challenging each band member to create the most perfect music that they can. For them, it is organic and immaterial. Each band member brings their own truth to the music, and each works together to create tracks that feel larger than life, but it wasn’t always this way.

Before Ghost Tapes achieved their own form of perfection in the genre of modern soul, they had to grow. “Nick and I were very intentional with how we grew the band from the seed,” said drummer Will Carman. The group has been together for six years now, and this feels apparent when they talk about how far they have come. Ghost Tapes is more than a band, they are a family, both in the literal and figurative sense, with Will and Ishka married to one another, and each band member seeing one another as some of their closest friends.

“We have done away with perfectionism,” said guitarist Nick Moulds. Instead, the focus is now on the relationships that the band cultivated together. “You don’t even realize how much interpersonal relationships grind at the soul of a band, but everybody has made it really easy. We’ve grown our communication with each other.” This improvement in communication has allowed the band to take risks and explore a musical space Will describes as more than just chemistry — it’s alchemy. 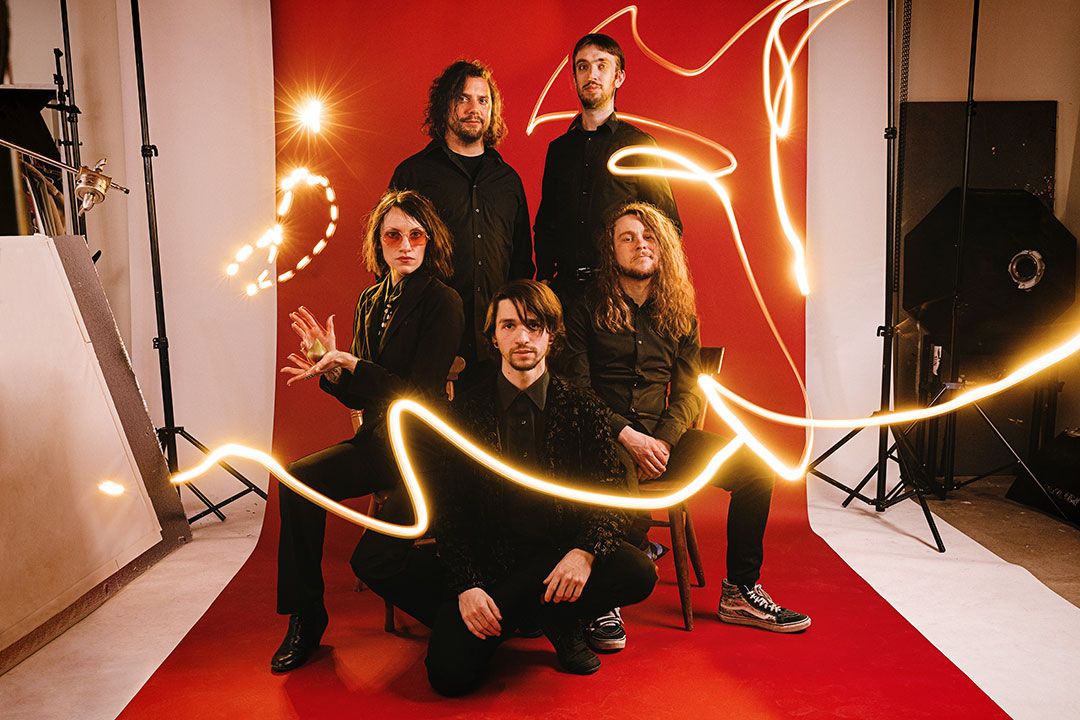 The songs that Ghost Tapes concocted on their EP, Fig,  are an amalgamation of all the love, struggle, and triumph that have long been a part of the band. Growth can be heard on the EP with tracks that explore a mix of complex emotions.

“When you lean into the music, you see there is an immense amount of detail. The album has a lot of juxtaposition in it that better describes your emotions than just being happy,” said bassist Zeke Kyoku. “For me, some songs give me the strength to do things that I could not do before. Other songs comfort me in knowing that there is only so much that I can do.”

Juxtaposition can be heard on tracks like “Ichumi,” where Ghost Tapes play with intensity in both lyricism and instrumentation. There is a push and pull within the song that seamlessly blends smaller personal moments with ones that are driving and bombastic. Each artist puts so much passion into the piece to the point where it opens a small window into each of their souls on the track. The listener can better connect with the band because of the personal touch put it into. Keyboardist Evan Ballinger describes it best when saying, “I try to make sure the music is as much as it can be. I play 100% for me so I can play 100% for the listener.” Furthermore, the music taps into pure self-expression that panders to no one, in turn, giving it a naturally sacred quality.

“Thinking of yourself as a human vessel, you can just open up yourself to the natural frequencies of the world and it will flow through you,” said Carman.  “When I write, maybe I’ll start with a catchy line, but most times I just open up my mind and let my hands do what they want to do. I just let things flow through me. I call it portal crafting. You are trying to be a vessel to receive information that is flowing on this wavelength. When you do that, you are writing this sort of runic inscription that will open a portal to let the listener experience shared emotion.” 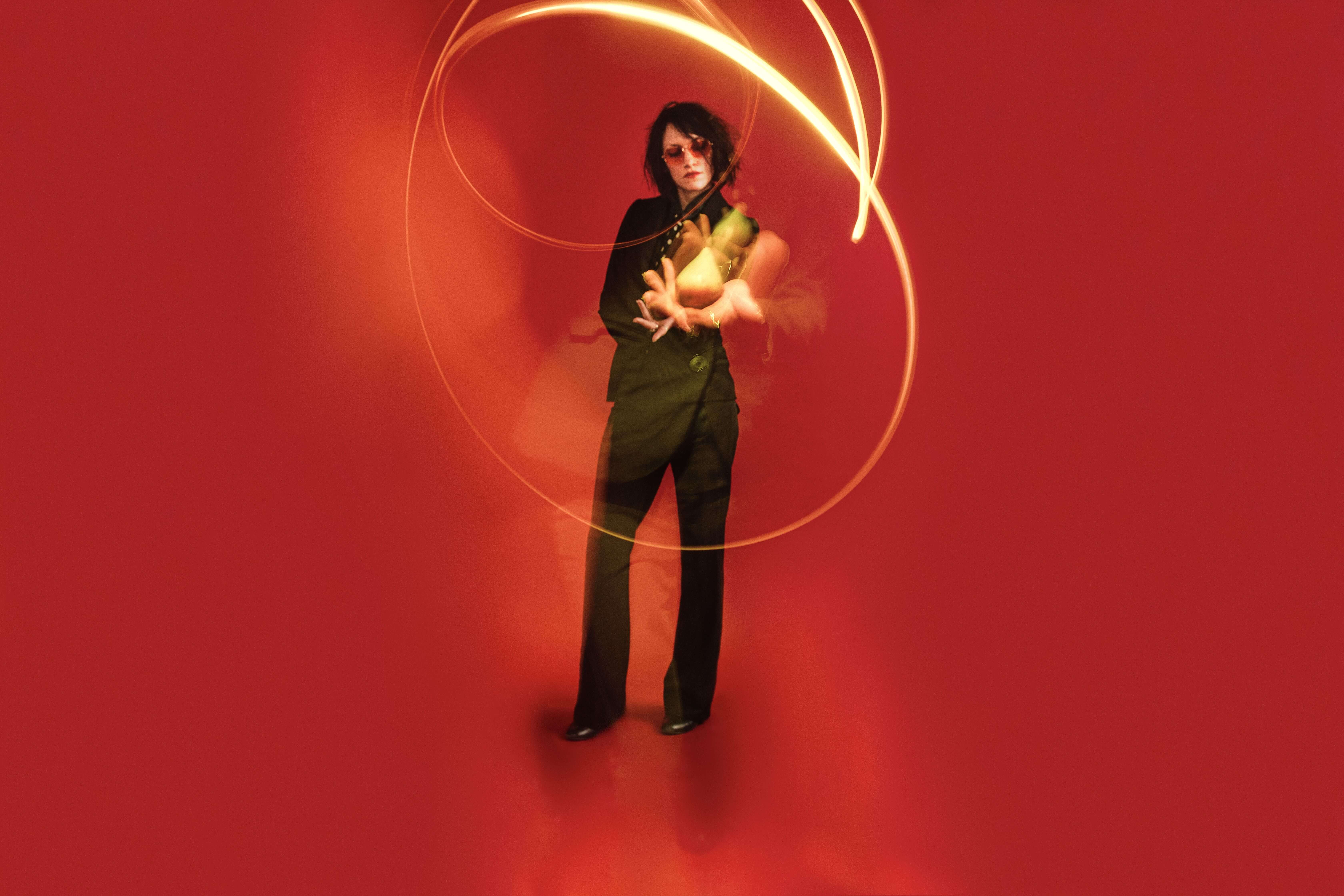 Tapping into the frequencies of the world can be difficult when the world seems so ugly. However, Ghost Tapes preach that we must not shy away from the ugly. They want to feel the emotions of the world and let that be an authentic part of their music.

“It is important to embrace the ugly. Denying makes it worse,” remarked Phoenix. “Try to relate to the ugly if you have the energy for that, and if you don’t there is no shame, it is ok.  Try and see the parts of yourself that are ugly to you and to others.”

The embracing of the ugly is both internal and external, as it has been a core part of Ishka’s journey of understanding her own identity in music. In fact, she continues to explore what her influences mean to her, and what it means to be a White female artist that draws heavy influence from Black musicians. She asks herself the tough questions of, “Who the fuck am I? When you take away all the Black musicians that have inspired me, what is left?” She further explains, “it feels so profane because I have been walking in this world with Ghost Tapes for over 6 years fully owning the music that I make as mine. That is where the dissonance enters into my mind and I think how dare I?”

Ishka goes beyond embracing the ugly. She dissects it to understand what it means to her. This approach allows her to find personal truth in Ghost Tapes and is a sentiment that echoes throughout the band. They acknowledge where their influences come from, and try and build on top of them to carry each genre forward. The band cites how Afro-Latin music, Japanese video game soundtracks, and Hip-Hop all contribute to their sound.

Each genre of music, as well as each band member’s interpretations and appreciation of those genres, allows them to explore musical territory that feels fresh and uncharted. In their exploration, the band unleashes those beautiful ribbons of color that Ishka portrayed. Even if there is a little bit of ugly in those ribbons, that only adds to their depth and complexity.

All Photography by Merne Judson III