CRUSH Walls Adds More than 50 Murals to RiNo This Year

For its 11th year — and despite a global pandemic — CRUSH transformed walls in RiNo with 100 participating street artists. As has been the trend for the last several years, most artists collaborated with a partner of their choosing to paint a wall together. Although the COVID-19 restrictions prevented the normal flow of traffic in the main alleys between 25th and 27th, there were still plenty of locations to watch the artists doing their magic, and plenty of onlookers were impressed by the monumental artworks coming to life.

If you missed the last week, don’t fret — the murals will stay on the walls for at least the next  year, with some lasting even longer than that. And 303 Magazine has you covered with some photos and tidbits about some of the most outstanding art and artists from this year’s festival. 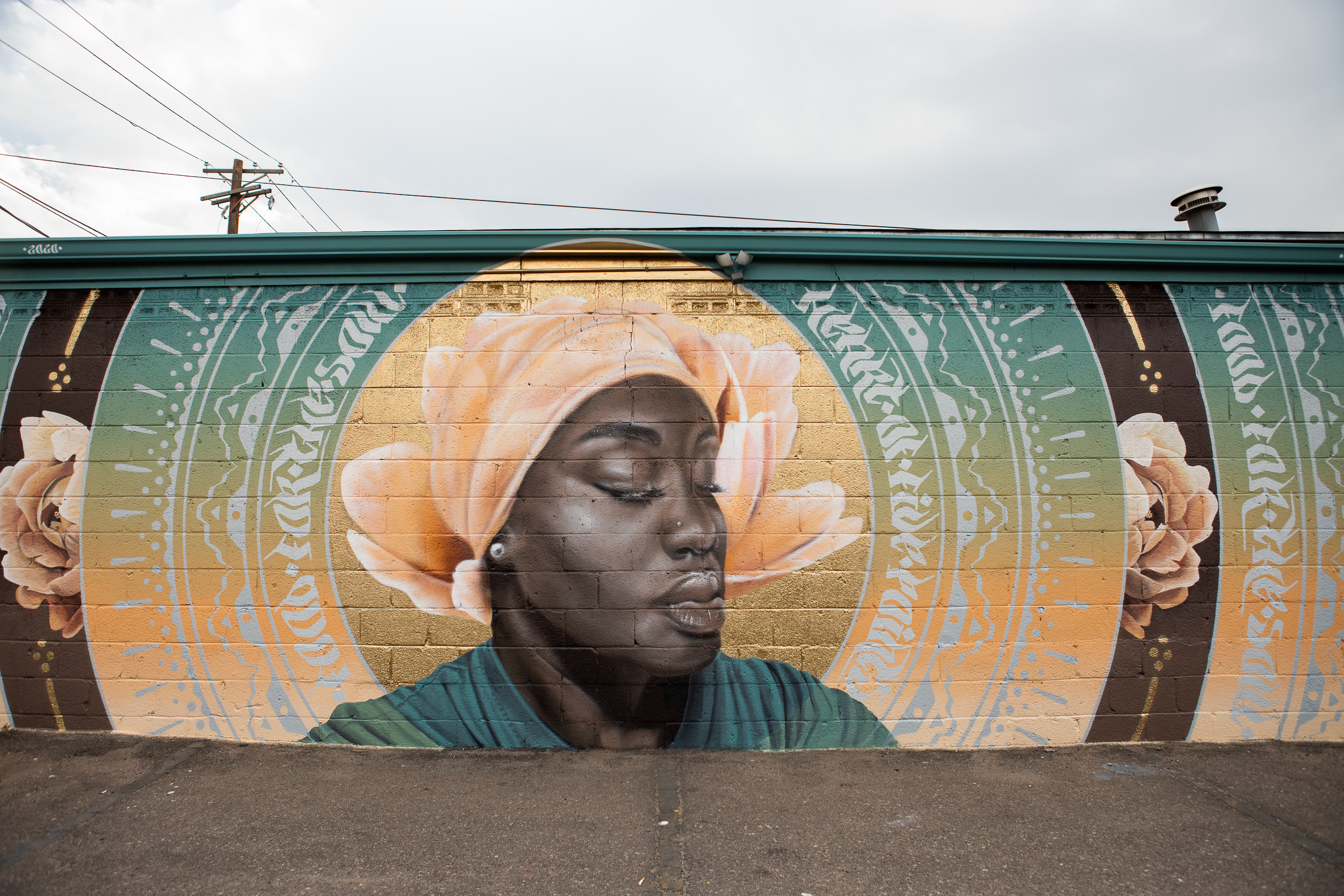 Where: Postmodern, inside the parking lot off Walnut St. and 27th St.

The Lowdown: This collaboration is one for the books. It might be the only wall featured at CRUSH this year painted by two artists who have both been featured by the Smithsonian. Jodie Herrera is a celebrated artist whose portraiture reflects the soul of the subject, as she often takes time to interview the people she paints. Miles Toland likes to work in the realm between dreaming and waking, using patterns and mandalas to impart a spiritual resonance. Together, Toland and Herrera’s style compliment each other to such a degree that an untrained eye might think it was only one artist.

The Lowdown: Taking over the two massive walls on the south side of The Ramble Hotel this year was Hoxxoh and El Mac — both highly respected and sought after in the world of street art. El Mac actually finished his portion of the collaboration before the festival even started, kind of cheating visitors out of the opportunity to watch him work. His murals are painted in subtle geometric patterns that are somewhat mind-boggling to understand, once you take a closer look. Hoxxoh provided plenty of eye candy, working on his illusionary design with spray paint throughout the week. 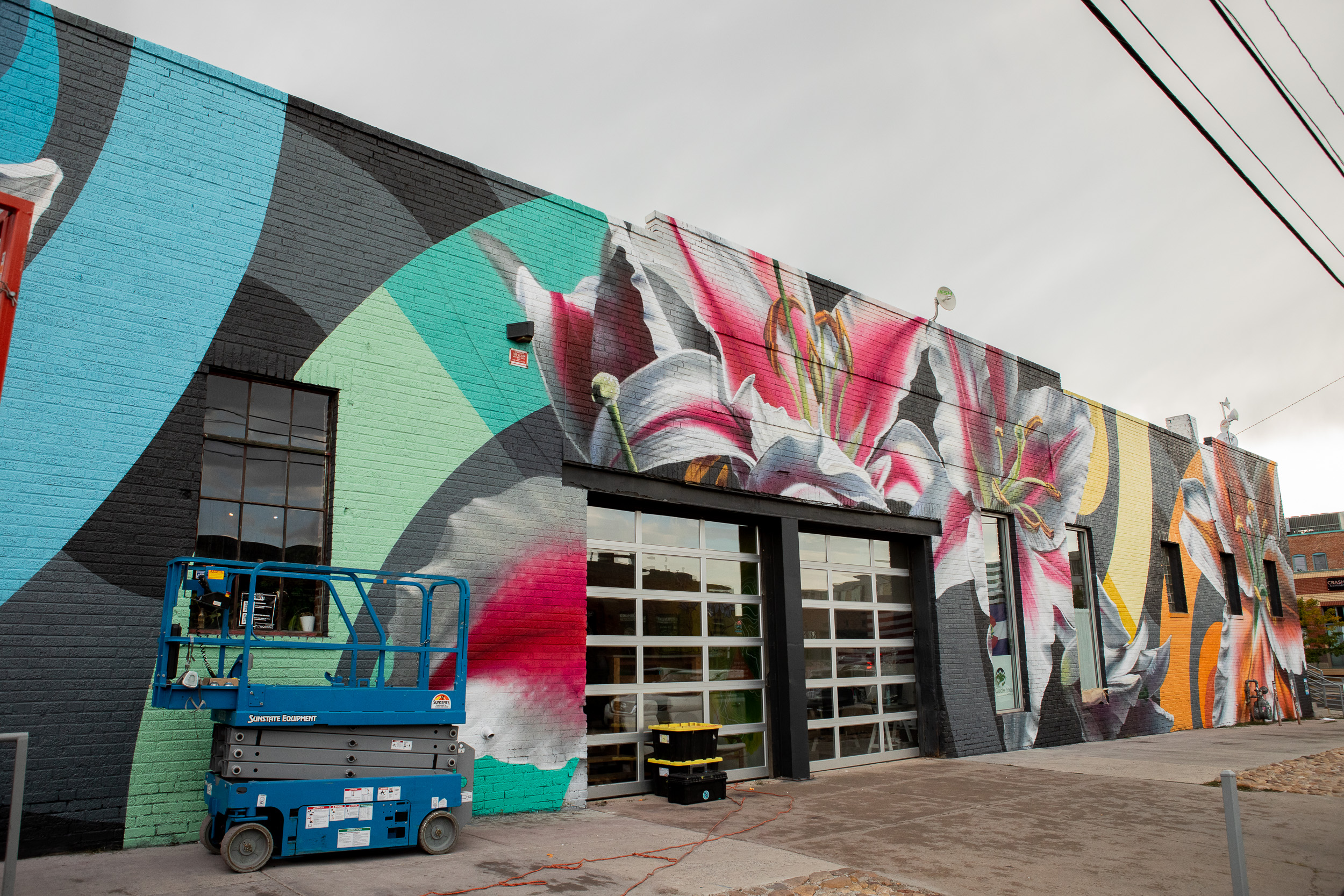 The Lowdown: For the first time in many years, the massive black wall on the north side of Green Spaces was included in CRUSH. The two artists who painted it — Remington Robinson and Jason Graves — were well-suited for the task, since their mural encompasses the spirit of the business (a sustainable co-working spot). Both artists hail from Boulder, but have collaborated at CRUSH and for other Denver murals for many years. Their precision in painting leads to a polished, beautiful mural, and their combined eye for design adds to the architecture of the building, rather than covering it up. 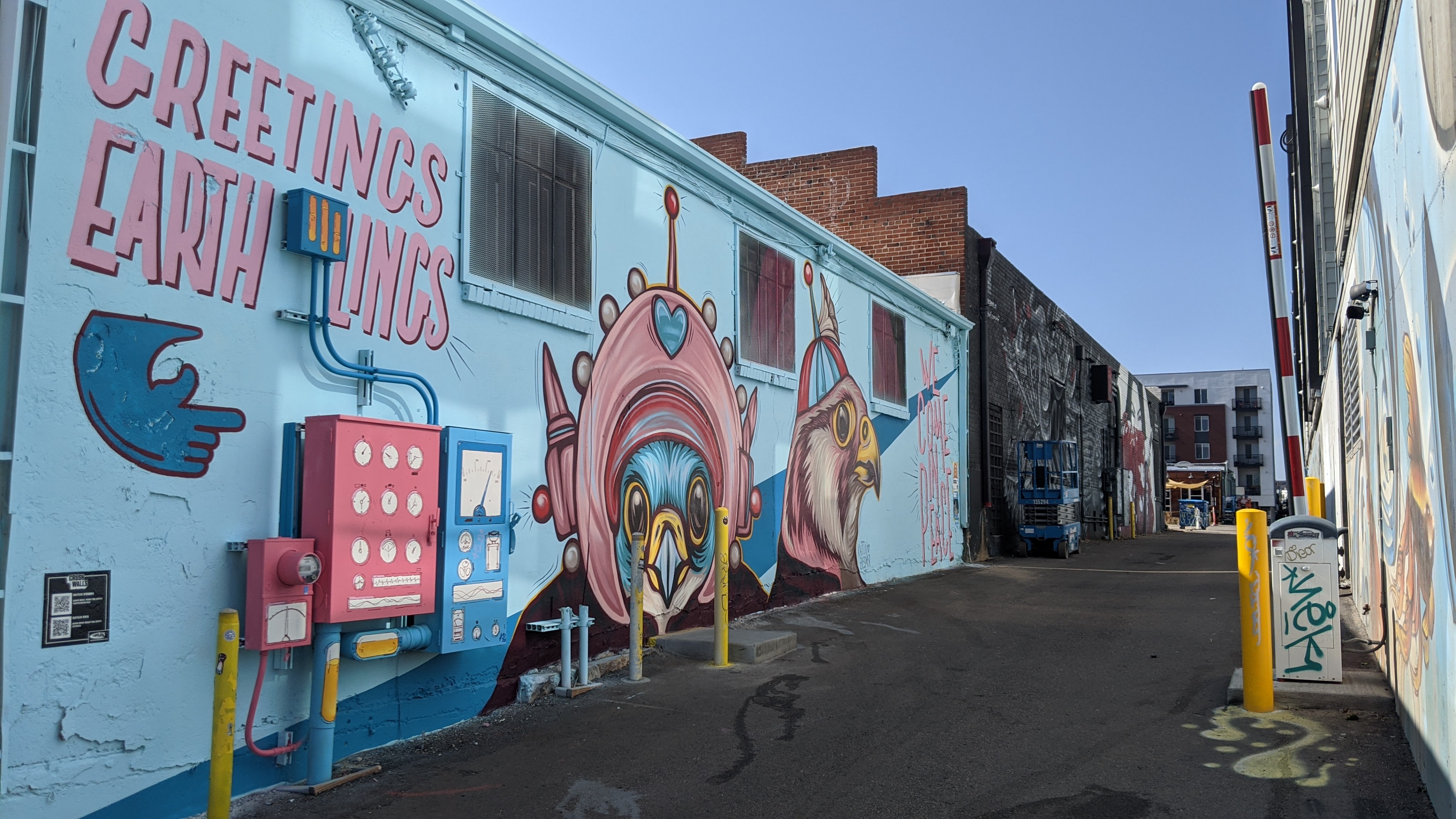 Where: Behind Erico Motorsports, 2855 Walnut St.

The Lowdown:  These two women collaborated on a mural for the first time at Babe Walls mural festival in August. When they applied and were accepted for CRUSH, they requested to be with each other again. It’s no surprise, considering the coherency of their styles — Ziesmer is responsible for the creatures and Orin excels with the typography. The fun-loving, light-hearted nature of this mural won over our hearts this year.

Where: In order of artists listed – Crema Coffeeshop, 2862 Larimer St.; alley off 27th between Larimer and Lawerence;

The Lowdown:  The festival’s organizers promised this year, as always, to provide a platform for censor-free art. The businesses and buildings that sponsor the festival and are assigned walls do not get to decide what the artist paints, and as long as the murals don’t contain nudity or profanity, they will remain on the walls. Even though we expected a larger number of murals with a political message behind them after the year that’s transpired already, the ones that were painted were quite powerful.

Gregg Deal painted for his second consecutive year, producing a similar statement as last year regarding Indigenous lands. Painted like a square of a comic strip, Deal’s murals in the last two years have forced viewers to stop and consider the message in an easily digestible way.

Scot LeFavor forewent his assigned wall in the central alleyway to paint a highly controversial piece on the same wall he painted his dissent of the Kavanaugh trial last year. In this new piece, LeFavor heavily critiques the anti-mask-wearers and, in his words, the “hottest new fascists.”

Jolt and Reds attacked the RiNo Art District, similar to last year, but also included the developer Ken Wolf and a third person characterized by a vulture in this depiction. In the caption, they wrote, “so a rhino, a wolf & a vulture walk into a community…” with the insinuation that they are planning a devious plot.