The question of how to watch live music given the current restrictions on large gatherings has been looming over everyone’s head — especially as peak concert season comes around. The folks from the Fort Collins Music Association (FoCoMA), Odell Brewing and Sustain Music & Nature have an alternative answer for you. 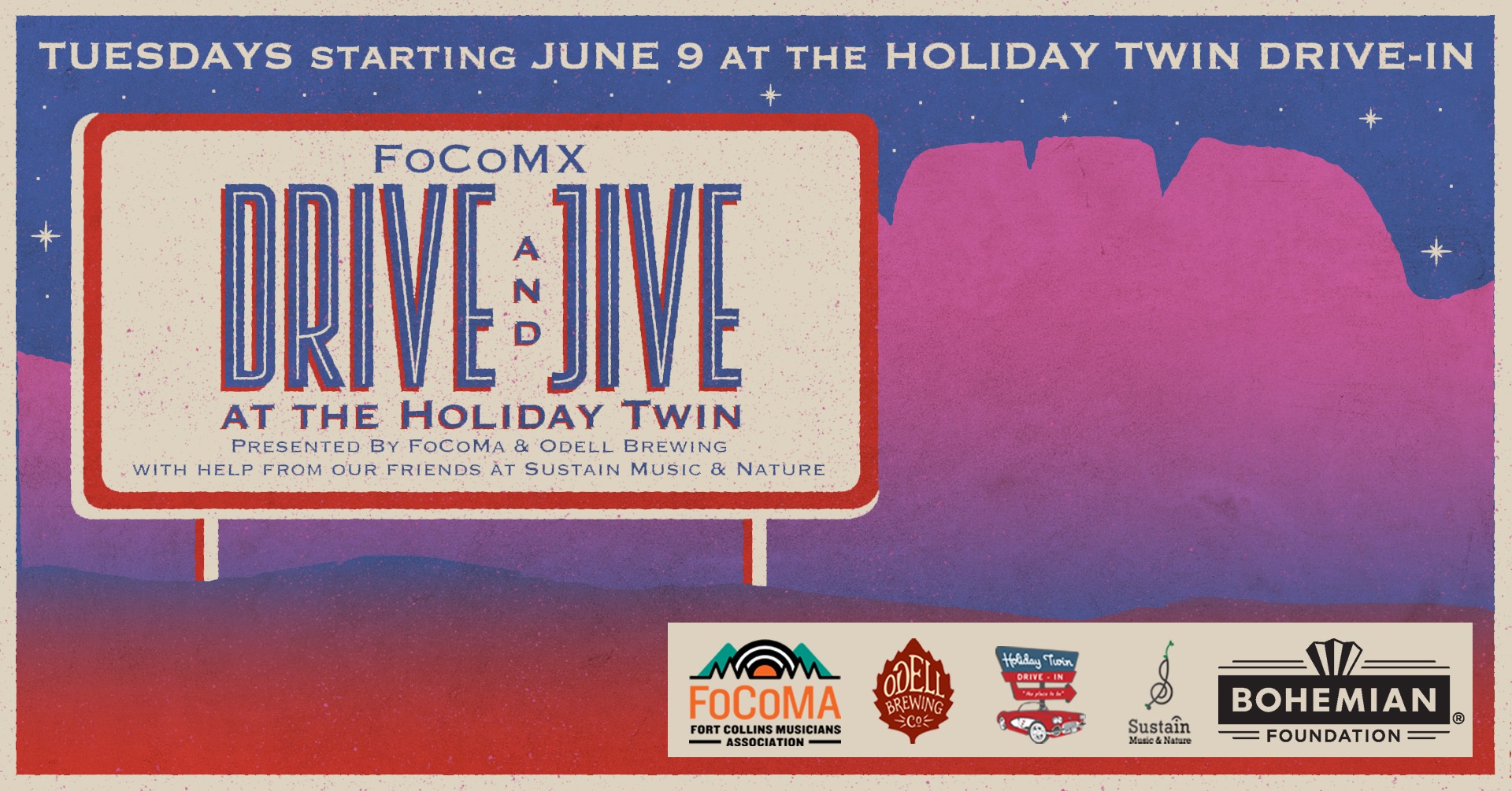 Starting Tuesday, June 9, the   will host social-distance-friendly concerts, projected on the big screen every Tuesday from June to August.

“Just like everyone else, our music scene has struggled to find creative ways to continue working and performing in these uncertain times. We are grateful for such a supportive community that has worked with FoCoMA to produce a fun (and safe) concert series. We are thrilled to continue supporting our musicians, our music industry and for the opportunity to do our part to bring some live and local music back to Fort Collins this summer,”  said Greta Cornett FoCoMA President in a press release.

The concert series will feature Northern Colorado bands playing live music to audiences safely watching from their cars. Cars will be a minimum of 10 feet apart and lawn chairs are permitted in front of patrons vehicles.

Tickets for the series will start at $30 per car, covering two attendees. From then on, its $10 per every additional person.