Photo courtesy of House of Pod.

It might seem like a strange time to get back in the dating game, but if you’re sick of swiping on Tinder only to talk more about coronavirus, you might want to apply to be on LoveSick, a new podcast airing next week produced by House of Pod in Denver. That’s right — a reality dating podcast that will give you something else to feel feverish about.

Over 200 people from 10 countries and 20 states applied to find love during the COVID-19 pandemic and editorial director at House of Pod, Paul Karolyi, says the list is growing. Karolyi is combing through candidates to set them up on a blind video date that will be taped for subscribers to listen to. Any person that is 18 years of age or older can fill out the application that includes basic questions about interests and dating preferences. If selected, a candidate will then be asked to participate in a prescreening interview where the producers learn even more about his or her background and personality. This prescreening interview is how you’ll be matched. 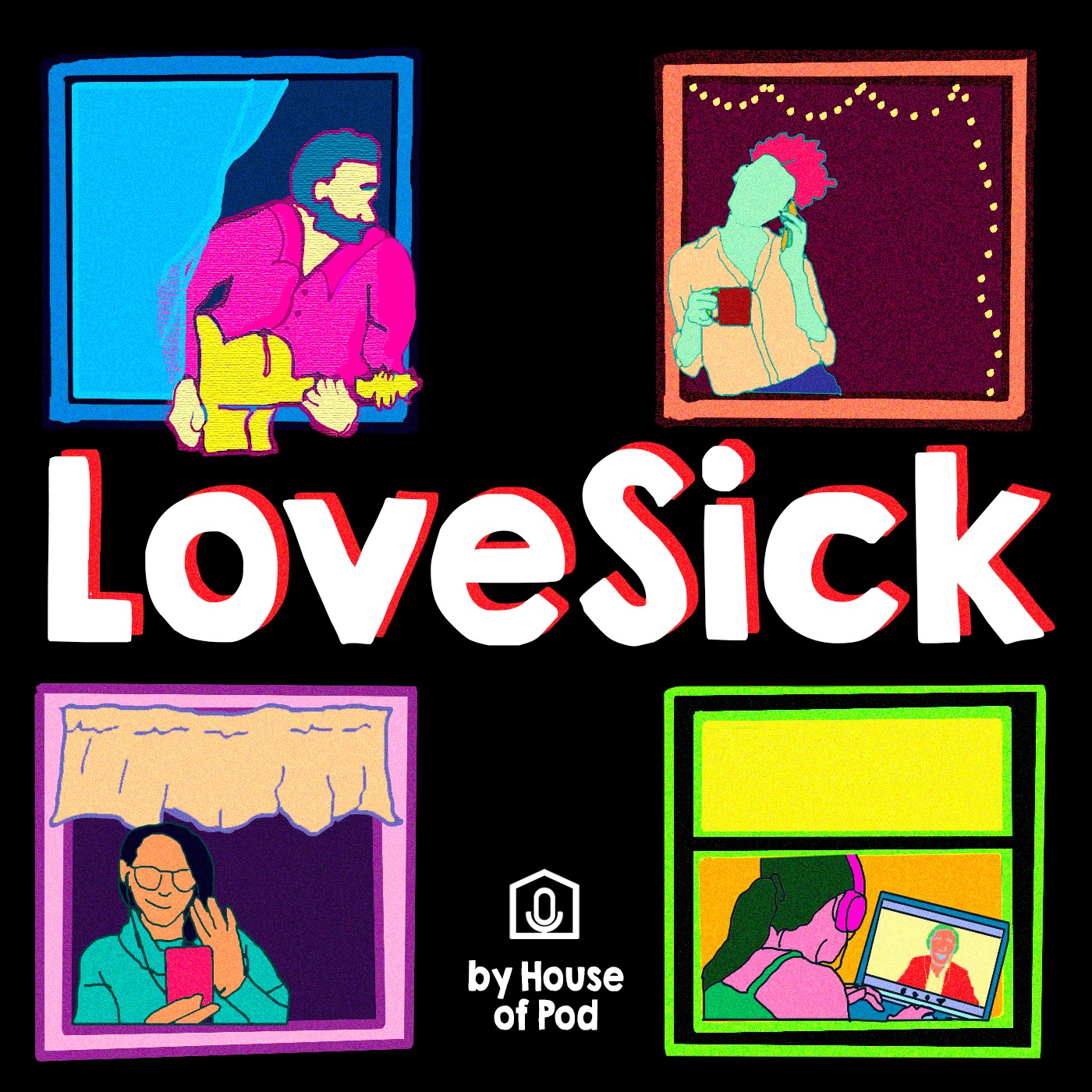 According to Karolyi, the podcast was created to be a casual introduction to two people during the crisis, so that they could make a connection, but the idea for an on-air dating show actually stemmed from the story of how he met his wife.

Karolyi and his wife were both volunteers at their college radio station when one night, he tuned in to her show and heard that her co-host hadn’t showed up. He had talked to her briefly before heading out that night, but decided to stop by the station again to see if she needed help.

“I thought she was interesting, so I decided to go back to the studio with a flimsy excuse so that she would talk to me again and we just hit it off. She invited me to stick around that night to be her co-host on her show. And that was the first real conversation I had with my now-wife,” Karolyi said.

Karolyi learned a lot from the experience about how easy it is for people to make connections.

“What I know is that when people get on mics like this, anything can happen. The possibilities are endless and I want other people to feel that sense of excitement that I felt,” he said.

Karolyi wants people to know that the idea didn’t really stem from COVID-19, but social distancing certainly made producing the podcast a top priority on his list.

“For years, I’ve this idea to make a dating reality show. It’s something that’s never existed before in podcasts. I thought it would be exciting to listen to and fun to make and when this whole situation came around, it just seemed like the perfect time to do it,” he said.

Karolyi knows he’s no matchmaking expert, but he’s done some research on the topic and feels confident that the people they’ve already paired up to date in upcoming episodes will be a great fit. However, not everyone who applies will be matched.

“The people that we’re interested in and inviting to do pre-interviews are people with stories. People that are expressing themselves and putting themselves out there. We believe that’s what will make for a better show and a better connection,” Karolyi said.

In addition to selecting candidates with unique backgrounds, Karolyi says they’ll also match people based on their similarities. Surprisingly, Karolyi claims that most matchmaking sites don’t find that opposites make for a long-lasting relationship.

“We’re looking for common interests and shared sensibilities. Common interest is king. That’s my understanding at least,” he said.

If you get selected and matched for the podcast, Karolyi says that you won’t have any idea who your match is until the video date. You won’t receive a name, photo or any facts. It’s basically a blind date. The good news is that a host will help steer you two in the right direction.

“For people to facilitate new conversations, they need something to react to, so that’s what we’re going to be giving people — customized experiences for them to react to together and where they can show off a little bit more about themselves than they would otherwise,” Karolyi said.

We’re not sure exactly how that’s going to sound, but luckily the whole date won’t be available for eager ears. If you wish, you can even go on a second date courtesy of House of Pod. They’ll pay for takeout.

Some of the episodes will get personal. After all, we’re experiencing a global pandemic.

“I feel it myself. I’m desperate for connections. Based on what people are saying in submissions, they feel the same way. LoveSick has clearly resonated with people who hear about it. They want somebody new to talk to. They want to have fun,” Karolyi said. “The stories that we’ve gotten have been about people who have been affected by the crisis. People have applied who say that they’ve tested positive for COVID-19, they lost their jobs, they work in professions that may not exist after this. Everyone’s experiencing this crisis in a different way and we want our show to reflect that. We want it to be about people’s real experiences.”

After all, COVID-19 is all anyone is talking about right now anyway.

“If I was going on a blind date, that’d be something I’d start with,” Karolyi said.