[UPDATE April 2 at 11:24 a.m. The Inaugural Roots on the Ridge Festival is canceled due to the COVID-19 outbreak. Tickets will be 100% refunded.]

Estes Park’s eagerly awaited upcoming music festival, Roots on the Ridge, just announced its full lineup. These musical acts — primarily country, bluegrassy and folksy in nature — will all grace the stage of the Estes Park Event Complex’s daylong celebration on May 16.

The festival’s headlining performer is none other than Wynonna Judd, who has nine Country Music Awards and five Grammys to her name. Her husband, Cactus Moser, and their band, The Big Noise, will accompany her on stage. Other must-see acts include Nashville’s alt-country star, Ruston Kelly, whose single, “Mockingbird,” received a nomination for the Americana Music Association’s Song of the Year. Chancey Williams and his “Younger Brothers Band” are also sure to elevate the spirits of the festival attendees, who will all be 7,522’ above sea level. His 2017 album, Echo, won the Album of the Year at the Rocky Mountain Music Awards.

Roots on the Ridge will also honor its Front Range creatives. Estes Park’s own country legend, Cowboy Brad Fitch, is slated to rock the stage, in addition to other local acts such as The Drunken Hearts and Chain Station. Most uniquely, the School of Rock Boulder, comprised of musicians ages 17 and under, will also perform a special set of southern roots and rock music.

Festival-goers can also dabble in arts and crafts and interactive exhibits, as live music is only one of the many forms of entertainment offered at the event. 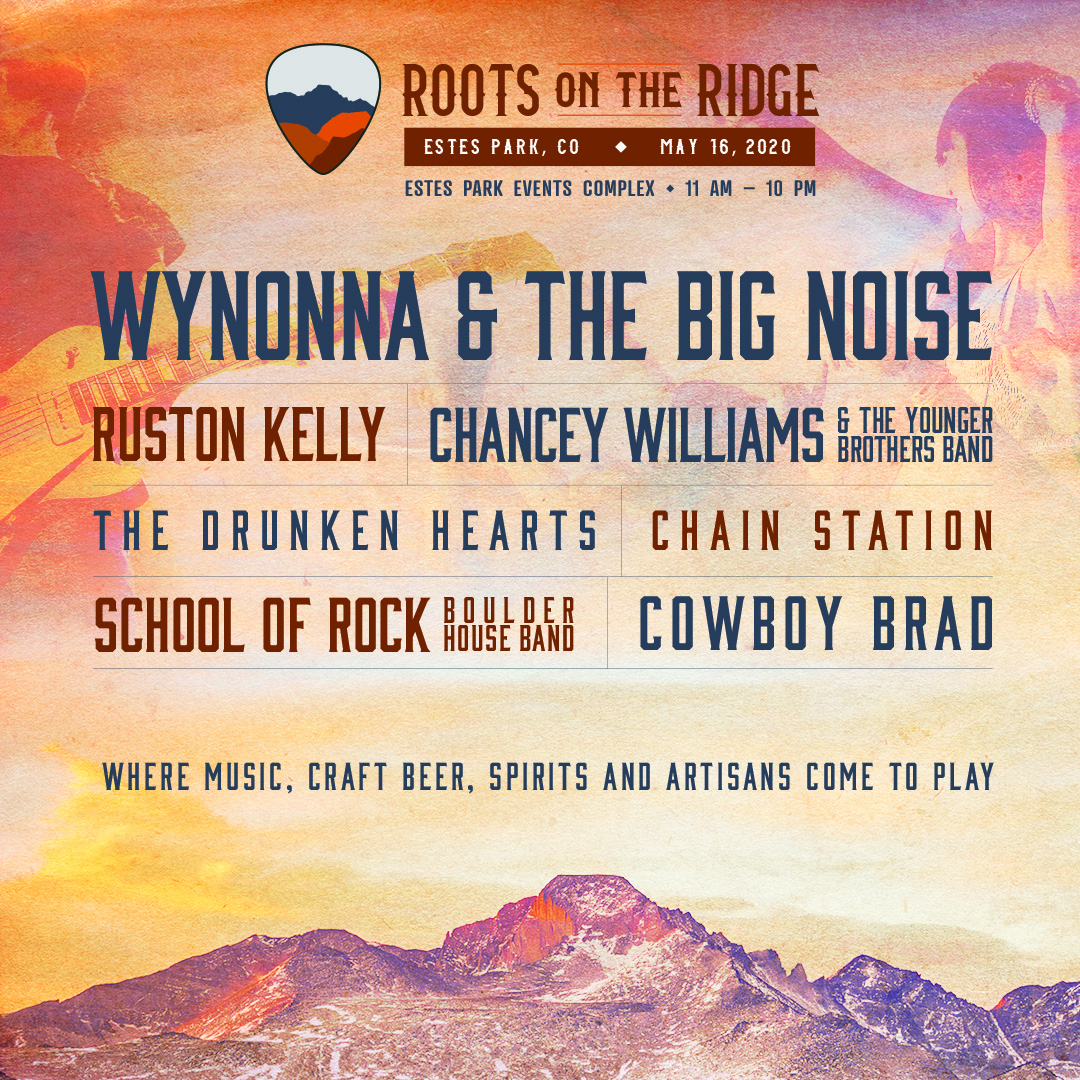 Both VIP and general admission tickets for the day-long festival, which kicks off at 11 a.m., are available here. Admission is free for children 10 and under if accompanied by an adult.

A portion of ticket sales will go towards the Estes Arts District non-profit, which invests in the arts for the betterment of its community.