A chilly March morning in Denver is often unpredictable, but don’t worry about forgetting your gloves again. A hot paper cup of coffee is mere steps away from the train platform at Union Station. If you’ve seen the friendly, turquoise to-go cups downtown sporting a cute little sheep logo, those coffee customers are hailing from Kaffe Landskap, one of the newest cafés in LoDo. Two locations next to Union Station and on Lawrence Street both opened this past November and since then, commuters have stopped in to see what the Scandinavian-sounding name is about.

Tomas Tjarnberg, the founder and owner of Kaffe Landskap, is indeed from Sweden (so you guessed right) but has lived around the globe — from Sweden to New York City, Japan, Australia, London and back again. He founded his original coffee company, Kaffe 1668, in New York with his brother back in 2008, but says expanding his business to Denver was inevitable. He credits the decision to his Swedish upbringing. 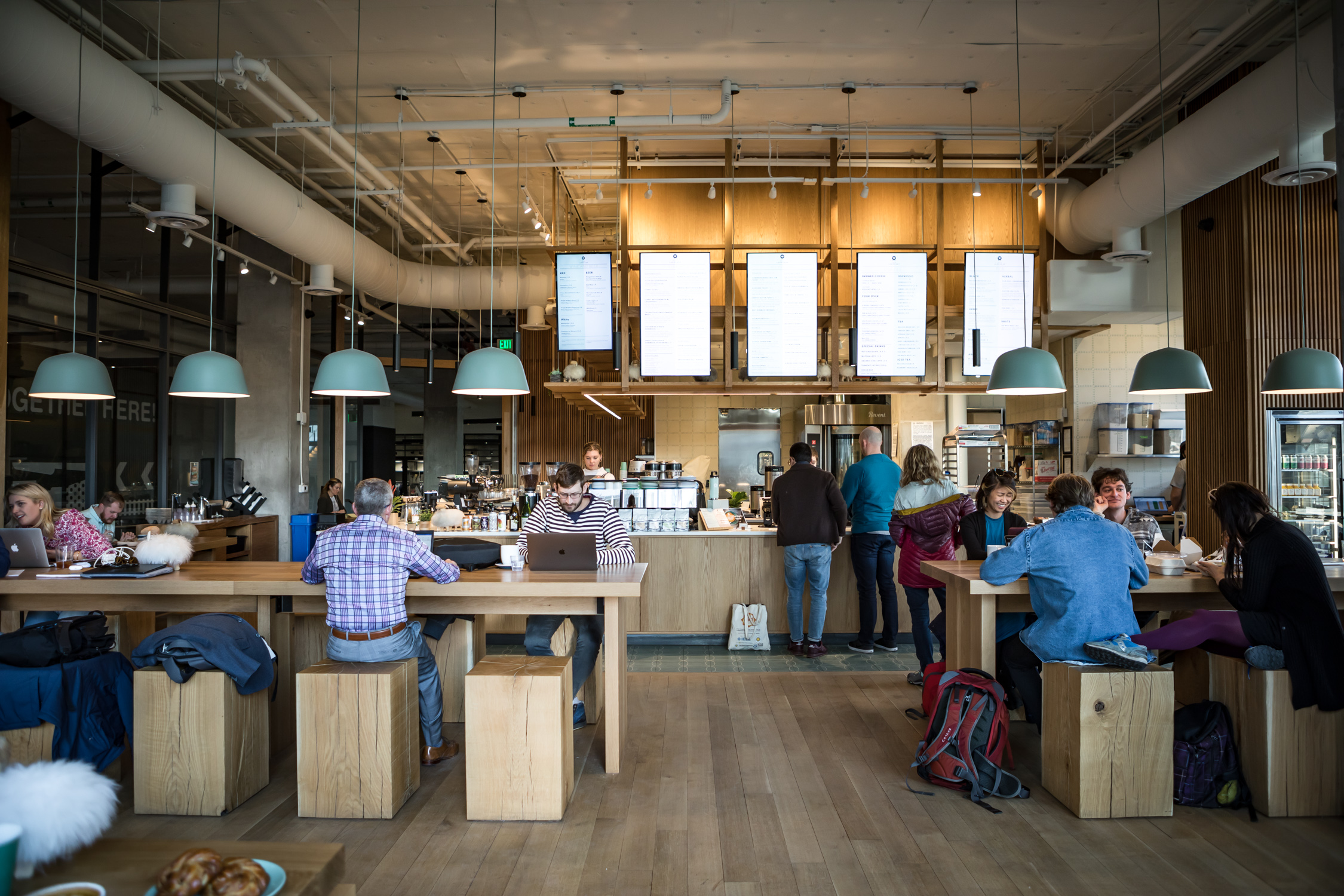 “Up north [in Sweden], it’s not as densely populated. I grew up in the mountains. It was beautiful by the lake, so I did a lot of skiing, hiking, running — things like that — so I’ve always appreciated the outdoors. Nature has always been really close to me and now [that] I’m living in New York City, one would say it’s a little bit harder to find nature,” Tjarnberg said. “When the opportunity came up a couple of years ago for Denver, it fit in terms of our [company’s] philosophy of healthy living. Denver was kind of a natural fit for us.”

Although Tjarnberg’s three coffee shops in New York that are similar in concept are called Kaffe 1668, the recent name switch to Kaffe Landskap has paved the way to a different, farm-to-table-inspired approach in the Mile High City. 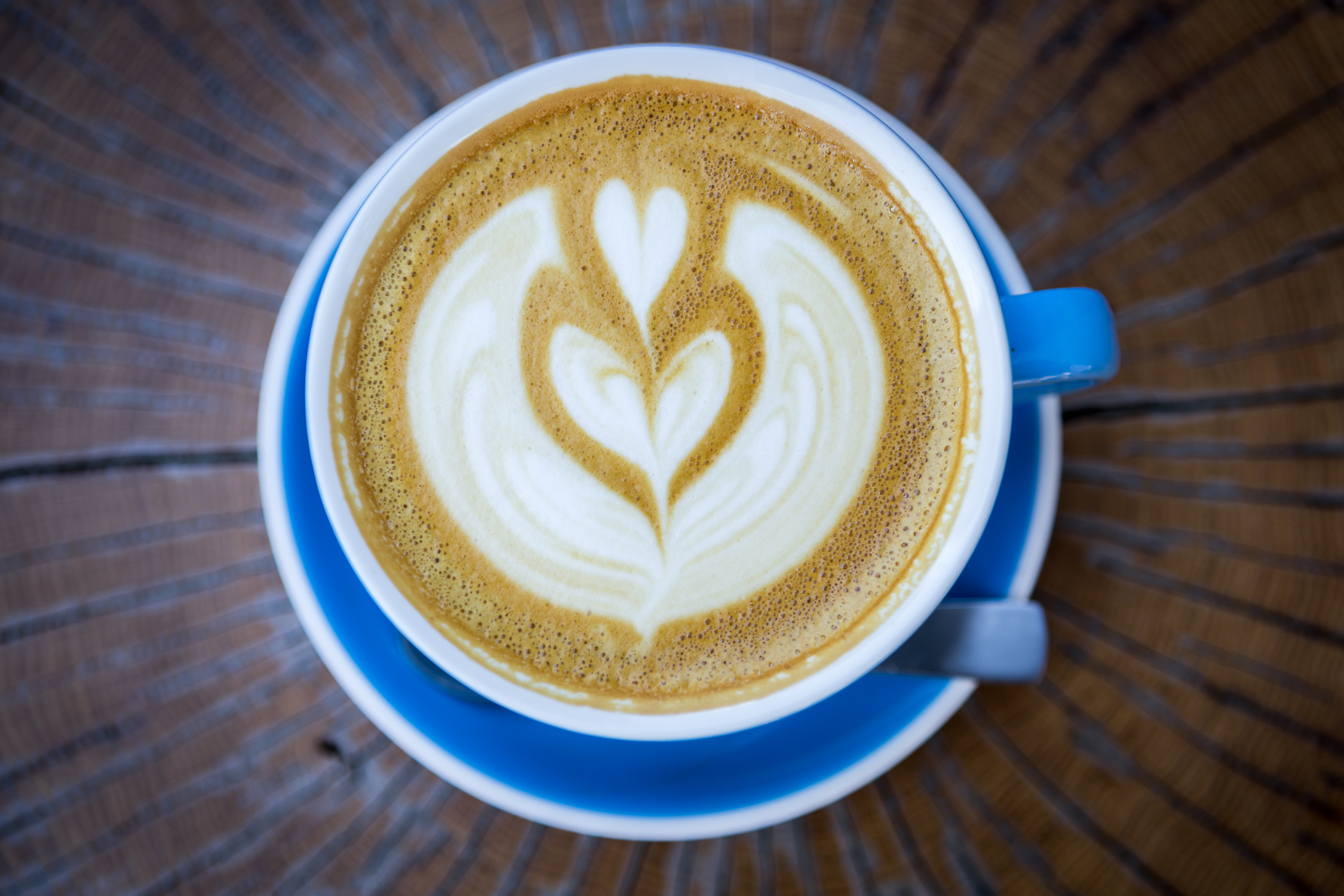 “Landskap is the equivalent of landscape in English, but I really find that landskap is a bit of a magical world to me. In Swedish, it’s more like pure nature. We wanted that to tie in to how we think about our company. When we started to roast our own beans, we named the roasting company Landskap. We source our beans from around the world from farmers. The word landskap is the acknowledgment of what it takes to do something collectively. Landskap is associated with collaboration. It’s also associated with simplicity and the appreciation of nature. Nature is magical. As long as we take care of it, it’s beautiful and inspiring.”

A trip back home gave Tjarnberg the idea.

“I was biking around Sweden in my hometown and I took my wife to the mountains. She asked me what word came to mind — landskap. That’s the word I thought about. It’s really fitting,” he said.

In addition to the name, the atmosphere inside both Kaffe Landskap locations is reminiscent of nature with woodblock seating and hardwood floors.

“The [design] inspiration is from back home. We have a lot of clean lines and it’s minimalistic. There’s not a lot of plastic. We use natural materials. There are a lot of forests in Sweden, so obviously we use a lot of wood. It kind of comes naturally,” Tjarnberg said. “The café has a clean, simple, Scandinavian feel to it, but it’s also done with purpose.”

Although everything about Kaffe Landskap is cozy, the first thing you notice when you walk in is the miniature sheep — the official mascot of the brand and interestingly enough, the state animal of Colorado (although of the bighorn variety). 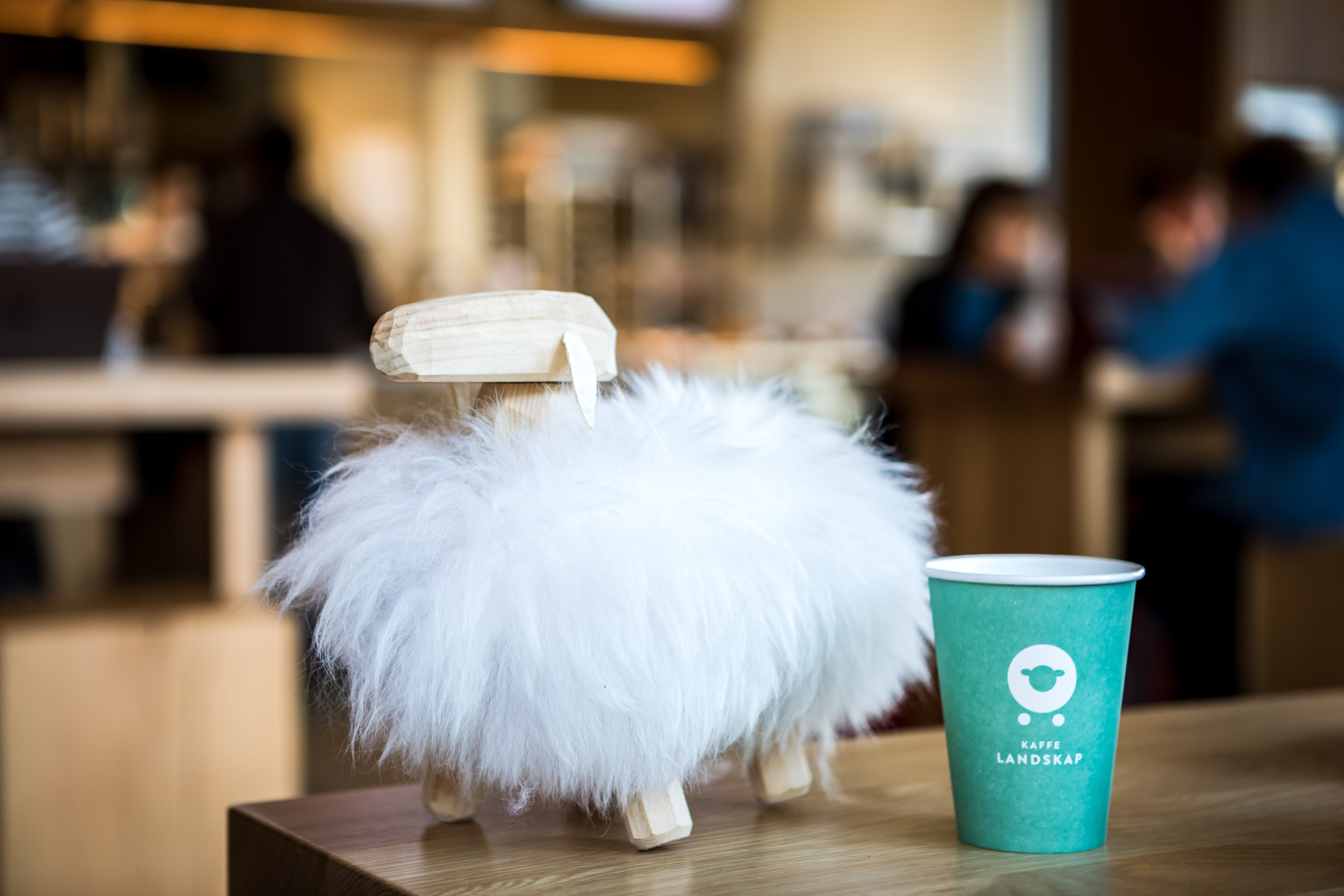 “I was staying in a hotel and saw this collection of wooden sheep and I thought they were obviously cute and everything, but they were also really welcoming. Everyone gets happy when they see them. They want to play with them and they talk about them,” Tjarnberg said.

When Tjarnberg researched the original supplier of the sheep, he learned that the company didn’t make them anymore, but he found a guy in Brooklyn to create similar models.

The sheep became so popular, Tjarnberg incorporated one into the logo for Kaffe Landskap by taking the Swedish umlaut (the accented letter ö) and flipping it upside down to create the body and legs of the animal.

As for the menu itself, Tjarnberg says it’s also designed to be welcoming to a variety of taste preferences and dietary restrictions. While there are certainly Scandinavian dishes such as the smoked salmon smörgås with fennel, cucumber dill pickles and horseradish dill sauce on house-made rye bread and Swedish potato pancakes with lingonberry jam, hungry customers will also find familiar favorites such as avocado toast and a turkey club.

Everything at Kaffe Landskap is made in-house and the green coffee beans are sourced from Collaborative Coffee Source based in Oslo, Norway, but they are roasted at the roastery inside the Union Station location. For Tjarnberg, focusing on food was crucial for the rebrand as Kaffe Landskap. Tjarnberg’s wife, who is originally from Japan, was also influential in creating a healthy menu. 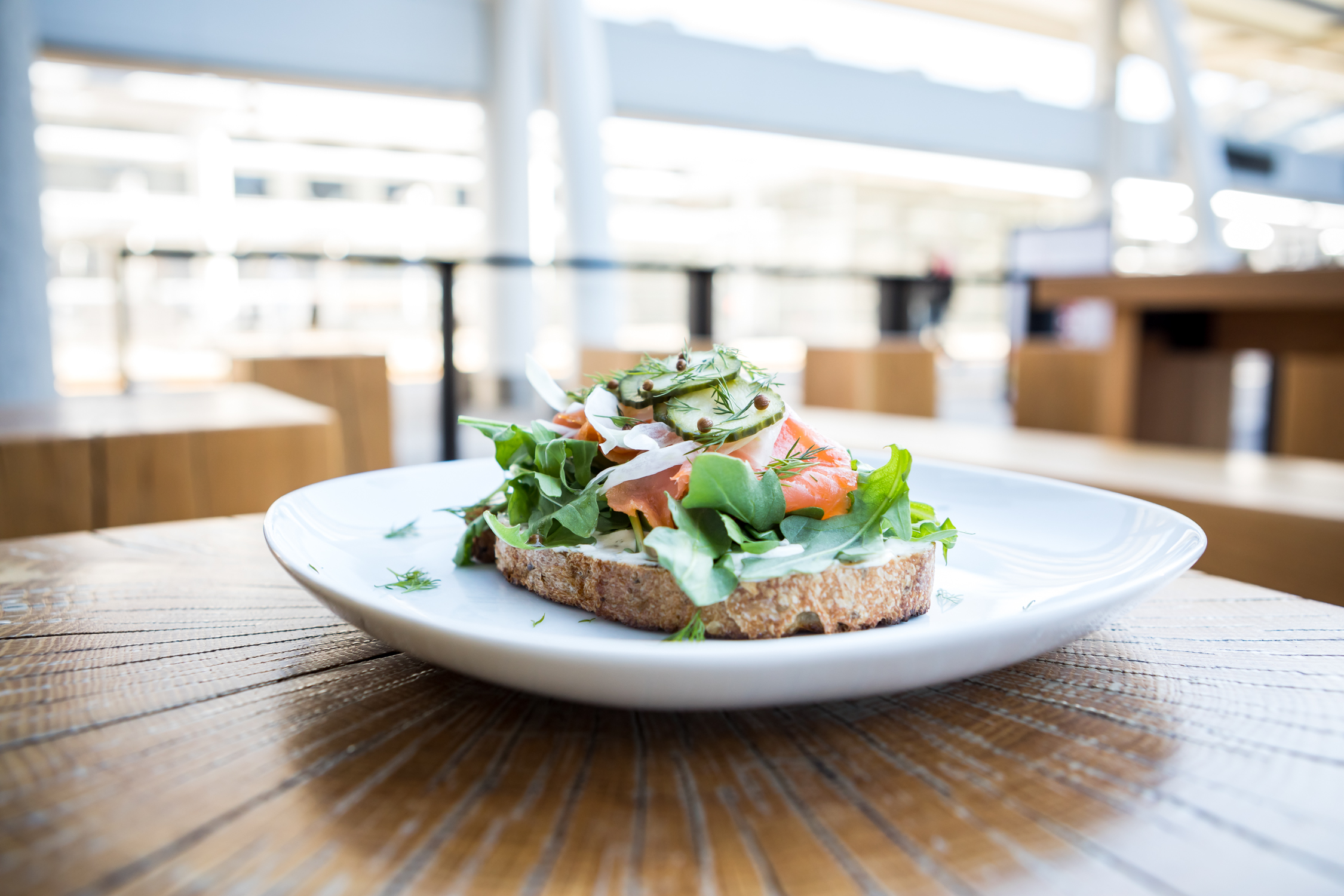 “Not a lot of coffee shops have additional food that complements the coffee. They have unhealthy, sugary pastries. I want people to have the choice where they can find something that would be good for them and keep them going throughout the day. We’ve really been refining our concept to be health-minded,” Tjarnberg.

Tjarnberg believes that Kaffe 1668’s success in New York was because of this inclusivity. He says that although he likes the creative atmospheres of hip espresso-serving haunts packed with students, entrepreneurs and other young people socializing, he wants Kaffe Landskap to cater to families, older generations and anyone, in particular, looking for a good cup of coffee, quick bite and a welcoming escape from the hustle and bustle of downtown. He believes everyone could benefit from Swedish landskap.

“The more you can promote healthiness and happiness, the better,” Tjarnberg said. 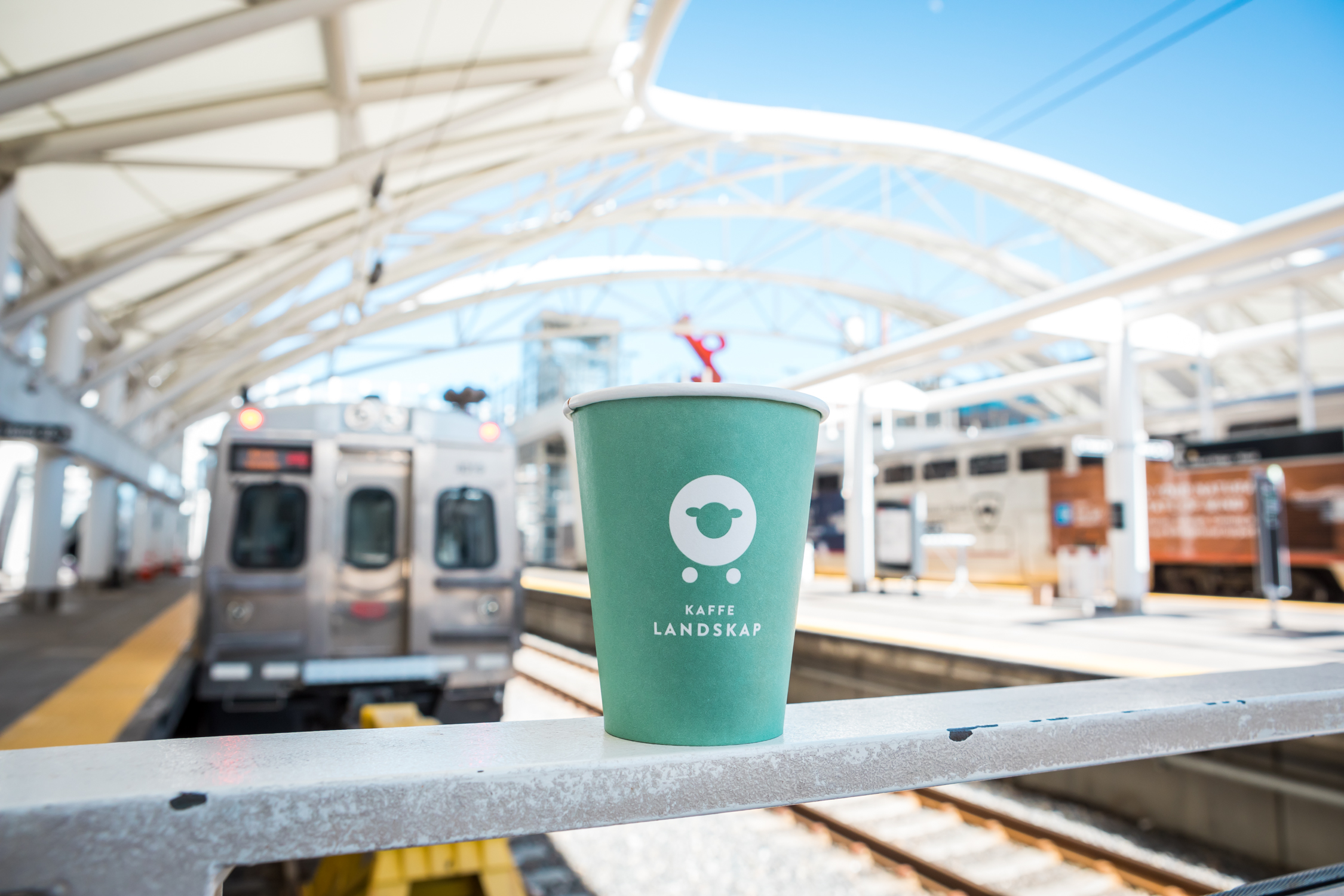