The words “Si se puede” ring from the mouths of Denver’s 2MX2. The Latino pop/hip-hop group carries the age-old immigrant chant, which translates to “yes, you can” to the multinational audiences that congregate at their shows. In 2020, the phrase couldn’t be more important — a source of empowerment and inclusion not just for the band, but for the fans and newcomers alike who find their way into 2MX2’s world.  That world is a proud one, in language and culture — it’s Mexican heritage unabashed in its boundless appreciation and ability to move a step further into something universal. 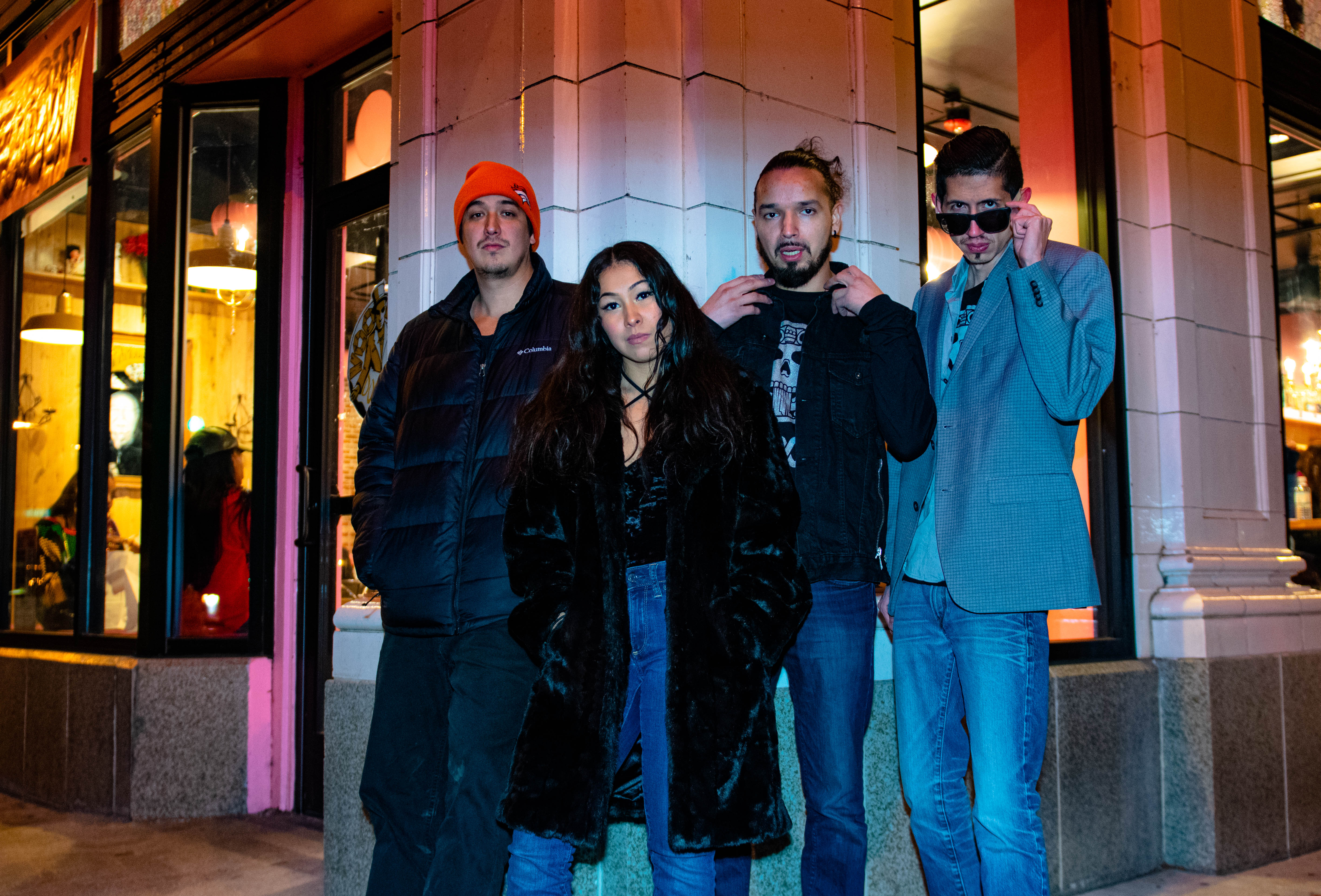 The story of 2MX2 begins as a story of cousins. Owen Trujillo and Juice E.T. Hugo, after meeting for the first time at a family gathering and figuring out their familial bond and finding out they couldn’t get rid of each other, decided to create music together at the age of 13. Battle rapping and slinging ciphers through high school, it was only when they started taking things seriously, that they began working with producer DMD and singer Lolita. Originally titled 2012 — before that year came and went — the later dubbed 2MX2 rolled up each respective member and their associated flavor in an elote level of cohesion or as they see it, a Spanish-speaking Black Eyed Peas. The resulting sound is of the moment — cut from the same crossover cloth of the likes of J Balvin, Luis Fonsi and C. Tangana. Their well-crafted pop/hip-hop songs cast aside any notion of a language barrier and at the same time embodies the culture in an accessible way. 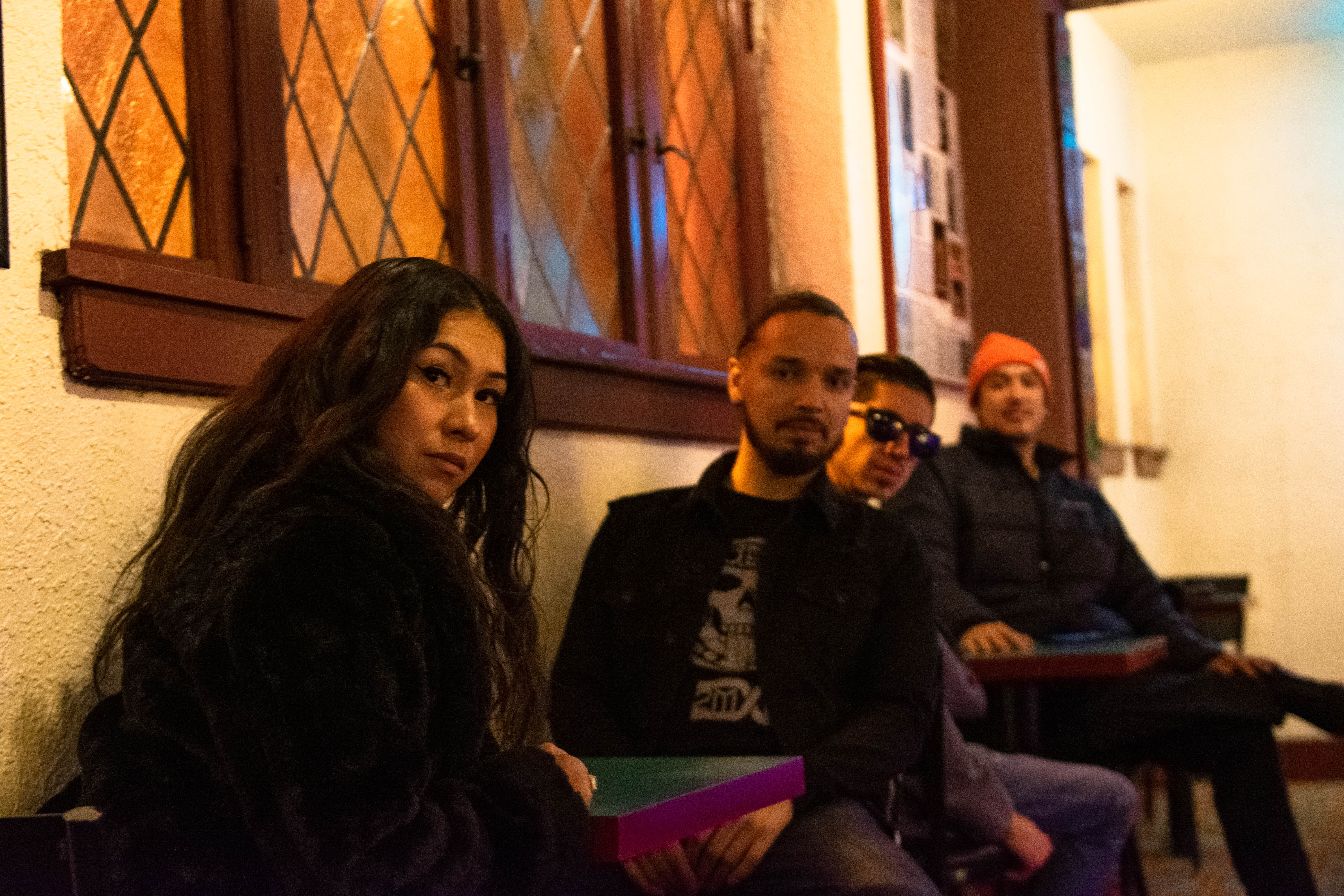 However, for Trujillo and Hugo, there wasn’t always pride in their perspective. Though Hugo had long differentiated himself among Denver rappers by opting to strictly rap in Spanish, Trujillo was more apprehensive.

“To be honest, I was trying to learn English so much that I tried to hide that I spoke Spanish once I learned [it],” says Trujillo.

Trujillo wasn’t ashamed of his Hispanic heritage, rather, he was manifesting the result of his experience growing up in America as a native Spanish speaker and the shame projected on him by others.

“We do a lot of workshops with the youth and a lot of the youth are Hispanic out in San Luis Valley,” remarks Lolita. “Owen always tells the story that when he was growing up, he was shamed for speaking Spanish in school. They’d be like, ‘you know, this is America, you should speak English so we can understand what you’re saying.”

The group admits the world is different now, changing and adapting to cultures and language on a mainstream basis, but the ridicule and shame are permanent. DMD, who does not speak Spanish shares the repercussions of generational shaming.

Through reinvention, the group is reclaiming their voice. The heady rap of their early years are scrubbed from the internet, the group has built themselves anew with each member deeply embedded in the music-making process. Through their transformation, they also found a way to lend their voice to others.

Many Denver area schools bring 2MX2 into classrooms through grants and arts budgeting to inspire kids to pursue the arts. Their multilingual approach, in particular, gives Spanish speakers the rare role model that can truly speak to their experience and understands where they came from. In addition, it gives the band members an outlet of a full-time job that allows them to also continue to hone their craft, without the burden of the traditional side hustle that tends to take away from the actual creative endeavors they’re supposed to fund. 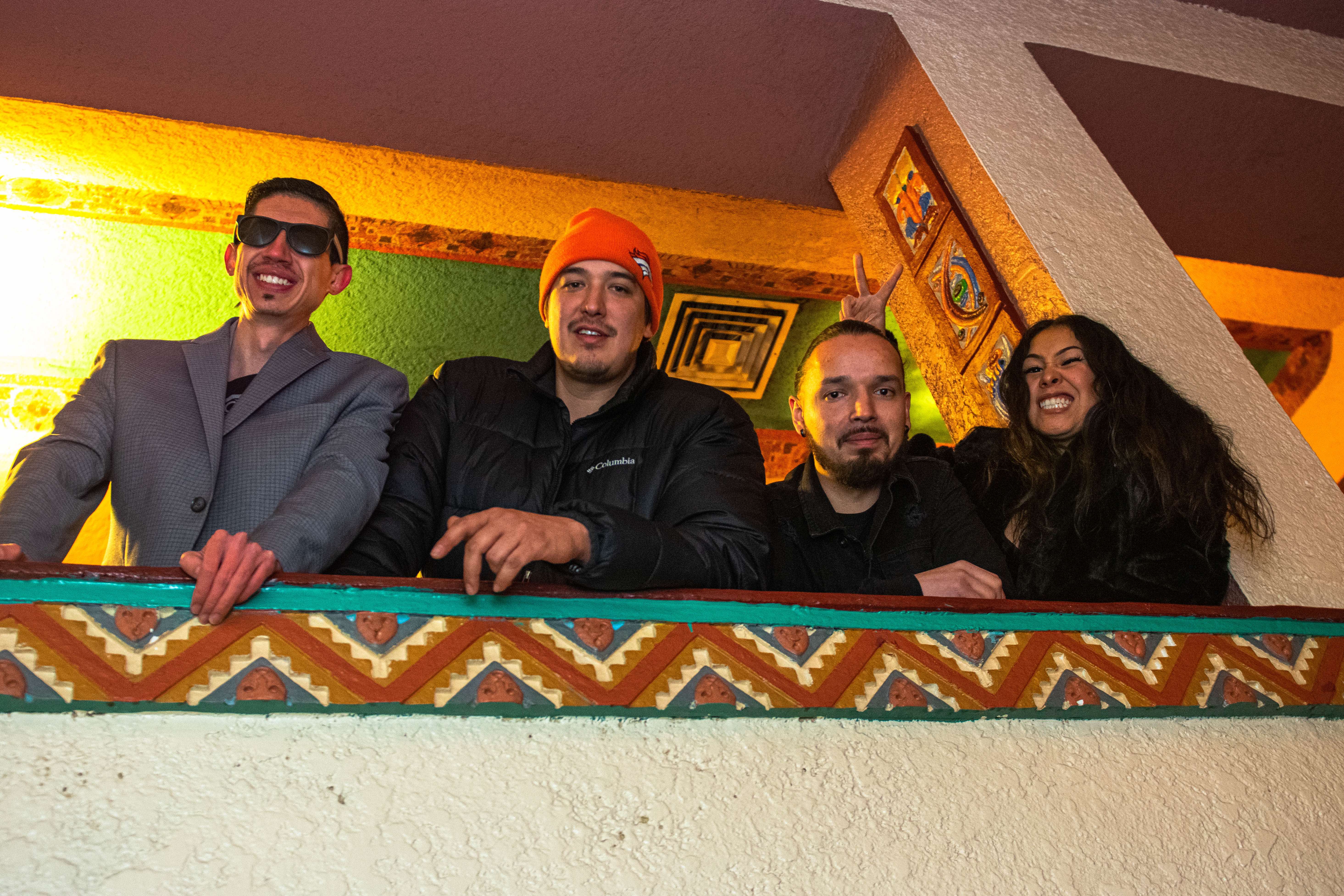 2MX2 as a group however, do not want to classify themselves as “the revolution band.” While most of their music has a message, it’s not that of a wagging finger or woke politicking. Whether they’re addressing a cultural failure from a Bolivian robber’s perspective in songs like “Paraná” or praising the collective elegance of ethnic women in “Elegante,” 2MX2 have fun sharing the stories that matter to them and providing a voice in Denver where one often lacks.

“I think it just shows where we are today and where we came from,” says Trujillo about 2MX2’s music. “The Latin influence that we grew up with and the modern stuff that everyone is into now. I think what we do most of the time is make what was left for us better — transcending our ancestors and musicians that came before us and making it into something new. That’s how we keep their traditions alive.

All photograpy by Kori Hazel