Kevin Parker’s Psych-rock outfit, Tame Impala is returning to Denver far sooner than expected. Heading to the Pepsi Center on July 30, Tame Impala alongside Perfume Genius will return to the Mile High City in support of their forthcoming new album, The Slow Rush. The Australian band sold out two consecutive nights at the brand new Mission Ballroom this past October, causing quite a controversy and no shortage of headaches as tickets for both performances sold out in less than a minute. The band, known for having lengthy intervals between album and tour cycles, were a hot commodity when they were announced for Mission Ballroom. They had just dropped their first new tracks, since 2015’s Currents in the spring, and played massive gigs like Saturday Night Live, Coachella and Lollapalooza amongst others.

READ: Review – Tame Impala Is an Other-Worldly Force to Be Reckoned With

Perhaps the upgraded venue size will alleviate much of the stress that consumed the band’s last visit to Colorado, but with the new album in tow, even that is up in the air.

Tickets for the forthcoming performance will go on sale this Friday, December 13 via Ticketmaster. 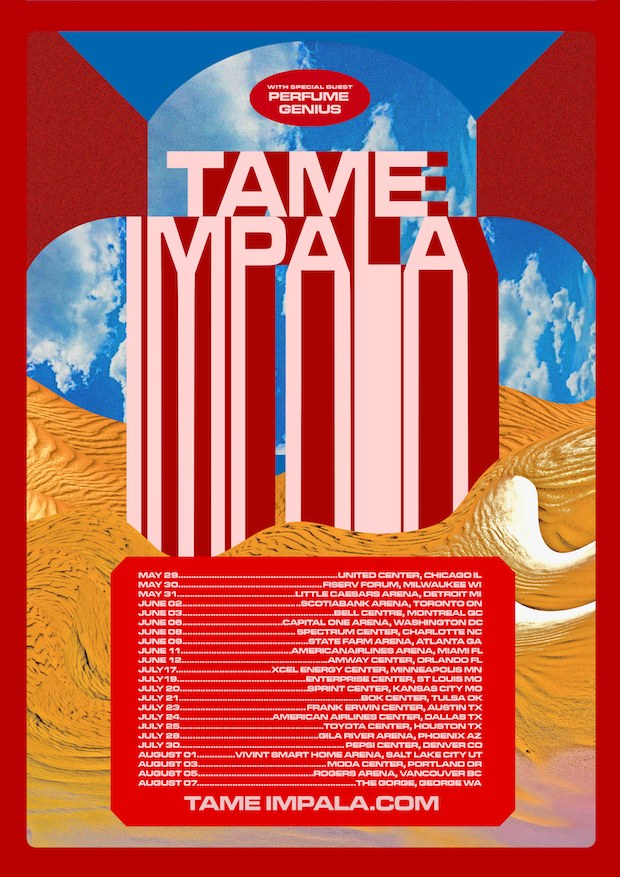